Joe Robbins/Getty ImagesIn an interview with Vogue, Simone Biles said that she often questions whether or not she ‘can take’ another year of competing under USA Gymnastics.

Simone Biles is giving it one last go on the world’s biggest stage. 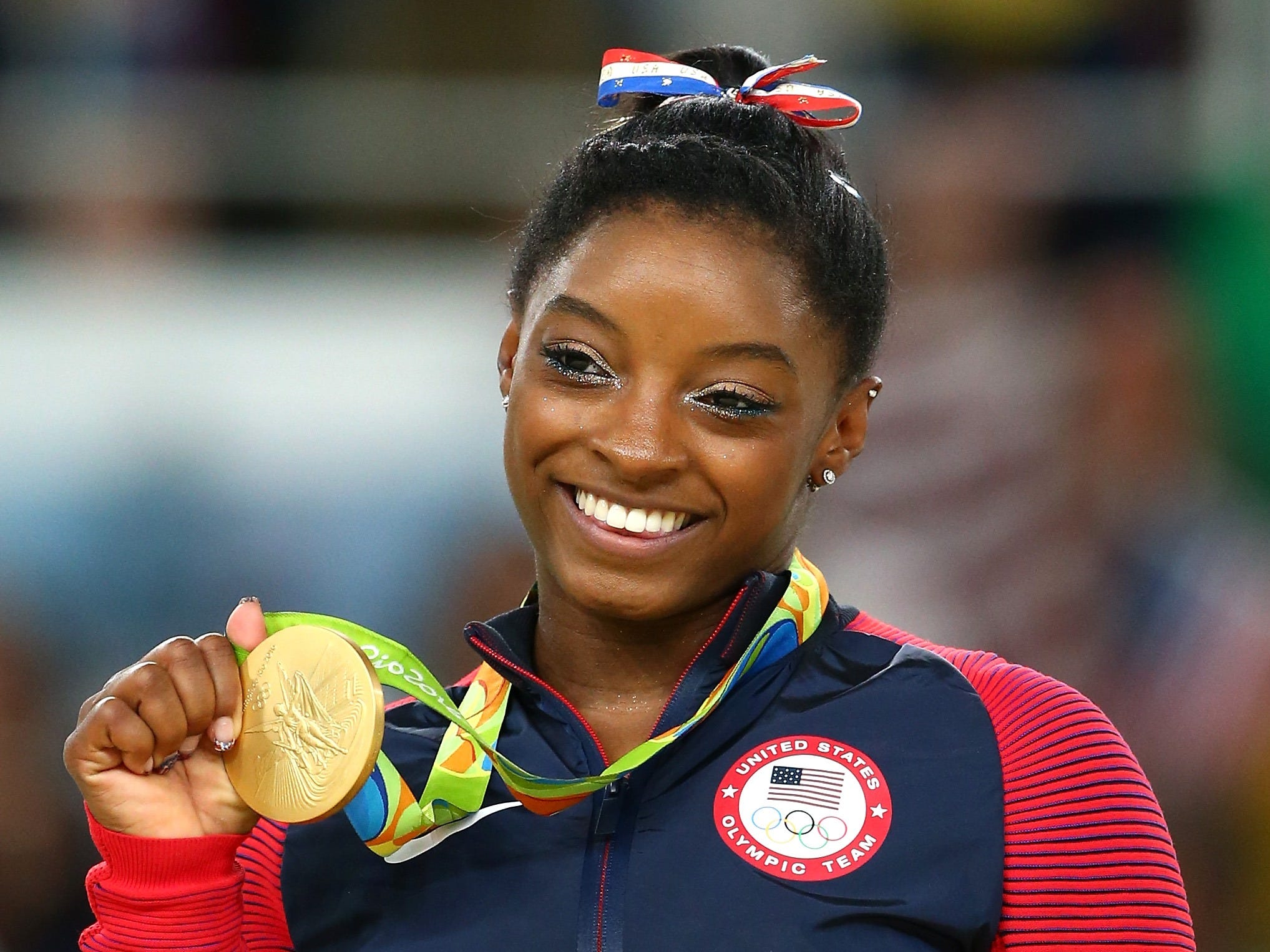 Getty ImagesSimone Biles has already won a combined 30 medals at the Olympics and World Championships in her career.

The 23-year-old gymnast – widely regarded as one of the most dominant athletes on the planet – confirmed that she still plans to retire after the Tokyo Olympics despite the year-long postponement of the games. Biles has already accrued a combined 30 Olympic and World Championship medals – a whopping 23 of which are gold – but she’ll look to further extend the gap between herself and the field come summer of 2021.

But the chance to cement her legacy comes at a cost.

In a recent interview with Vogue, Biles described the dread she feels about competing under USA Gymnastics for an additional year. She was among the hundreds of gymnasts who were assaulted by disgraced USAG team doctor Larry Nassar, and she has been an outspoken critic of the country’s gymnastics governing body in response to its handling of the case and its aftermath. 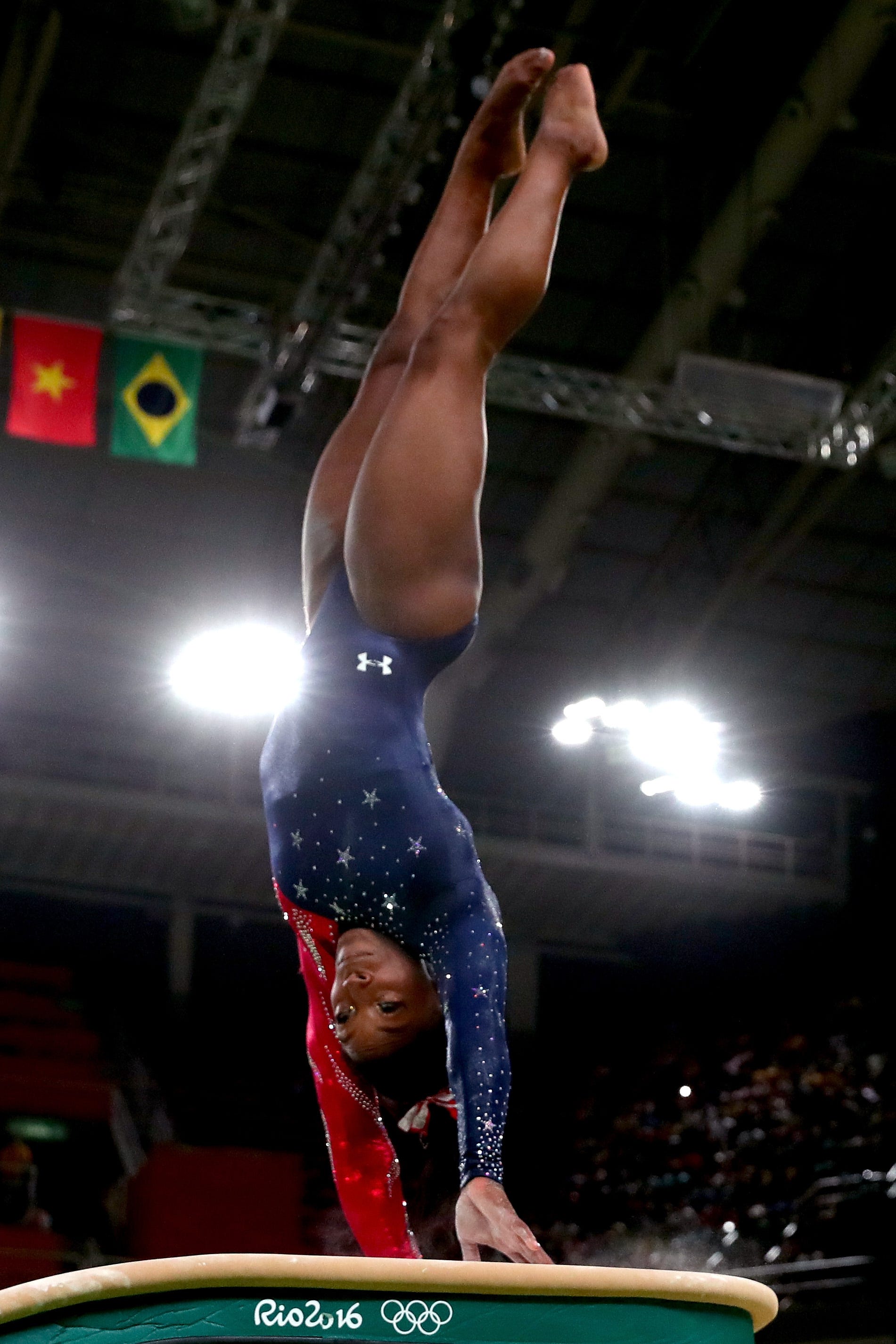 Tom Pennington/Getty ImagesIn a recent interview with Vogue, Simone Biles described the dread she feels about competing under USA Gymnastics for an additional year.

“I felt kind of torn and broken,” Biles said regarding the postponement of the Tokyo Olympics – which were initially scheduled for summer of 2020. “Obviously it was the right decision, but to have it finalised – in a way, you feel defeated because you’ve worked so hard. … We were gripping at the bars, and I just started crying. Another year of dealing with USAG. That, I don’t know if I can take.”

In speaking with Vogue, Biles described her discontent with USAG’s apparent lack of interest in thoroughly investigating how the system broke down to endanger so many of America’s top gymnasts. She has repeatedly called for an independent investigation of USAG’s handling of the Nassar case so that those impacted can learn “why it happened, when it happened, and who knew what, when.”

“We can’t feel comfortable promoting our sport if we fear that something might happen like this again because they’re not doing their part,” Biles said. “And the hardest part for us is we’ve always done our part. We’ve always represented the U.S. to the best of our ability, and all the time, most of the time, every time I’ve represented, come back with gold medals. It’s like:We’ve done our part. Come on.“

According to a year-plus Senate investigation, USAG – in conjunction with the United States Olympic & Paralympic Committee – “knowingly concealed” Nassar’s abuse. Biles and other gymnasts impacted by Nassar’s abuse are currently engaged in a civil suit against USAG, which has offered a $US217 million settlement to be split amongst Nassar’s 500+ victims. But the world’s most prominent gymnast has deemed that course of action insufficient.

“It’s like, at the end of the day, I don’t want your dirty money,” Biles said. 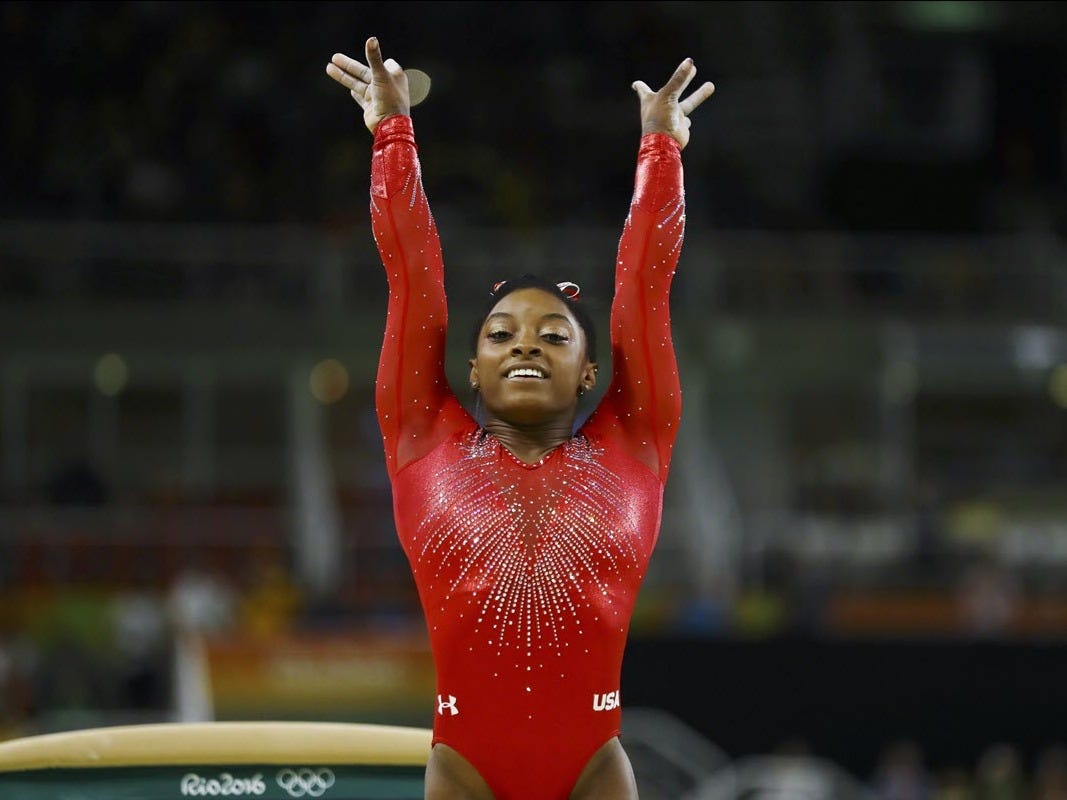 Mike Blake/ReutersSimone Biles — one of hundreds of survivors of assault at the hands of disgraced team doctor Larry Nassar — has been an outspoken critic of USA Gymnastics given their handling of the case and its aftermath.

While she’s already committed to continuing her training and competing in the upcoming Olympics – assuming they go on as planned – Biles is not always 100% confident in her decision. Going to the gym and training functions as a good distraction, she says, but often she still has doubts.

“Sometimes I’ll write down little notes about how I’m feeling,” she told Vogue. “Like, Today, it’s shit. Or OK, I feel good, I feel content with this, this is the right decision, we need to make a plan. And then other days, I’m like,Are you joking? Another 15 months? I don’t know if I can do that.”

“That’s my way of protecting my mind,” she added.