5 signs that a child might be lacking the proper nutrition 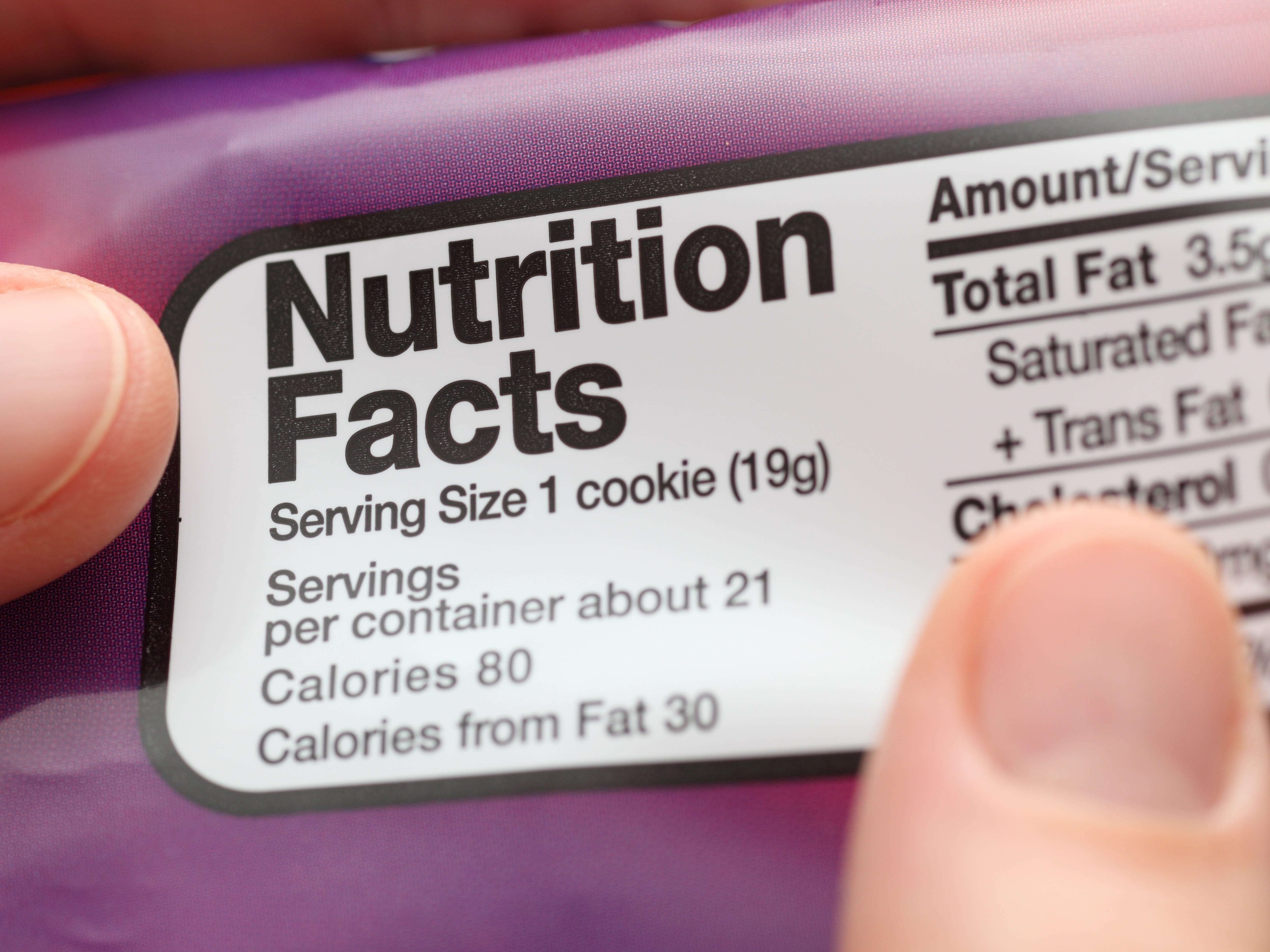 Around 2 billion people in the world suffer from some form of malnutrition, or lack of proper nutrients, according to the Global Alliance for Improved Nutrition (GAIN), and a large number of those are children. Undernutrition is the cause of death in 3.1 million children per year.

Though significant steps are being made each year, malnutrition affects every country in the world, according to UNICEF. Malnutrition can have many causes including lack of food, issues associated with mental health, illness, poverty, and more, so it’s important to know the signs. Here are some possible signs of malnutrition you should look out for, especially in children.

As always, you should speak with a doctor if you believe you or someone in your care may be experiencing malnutrition. 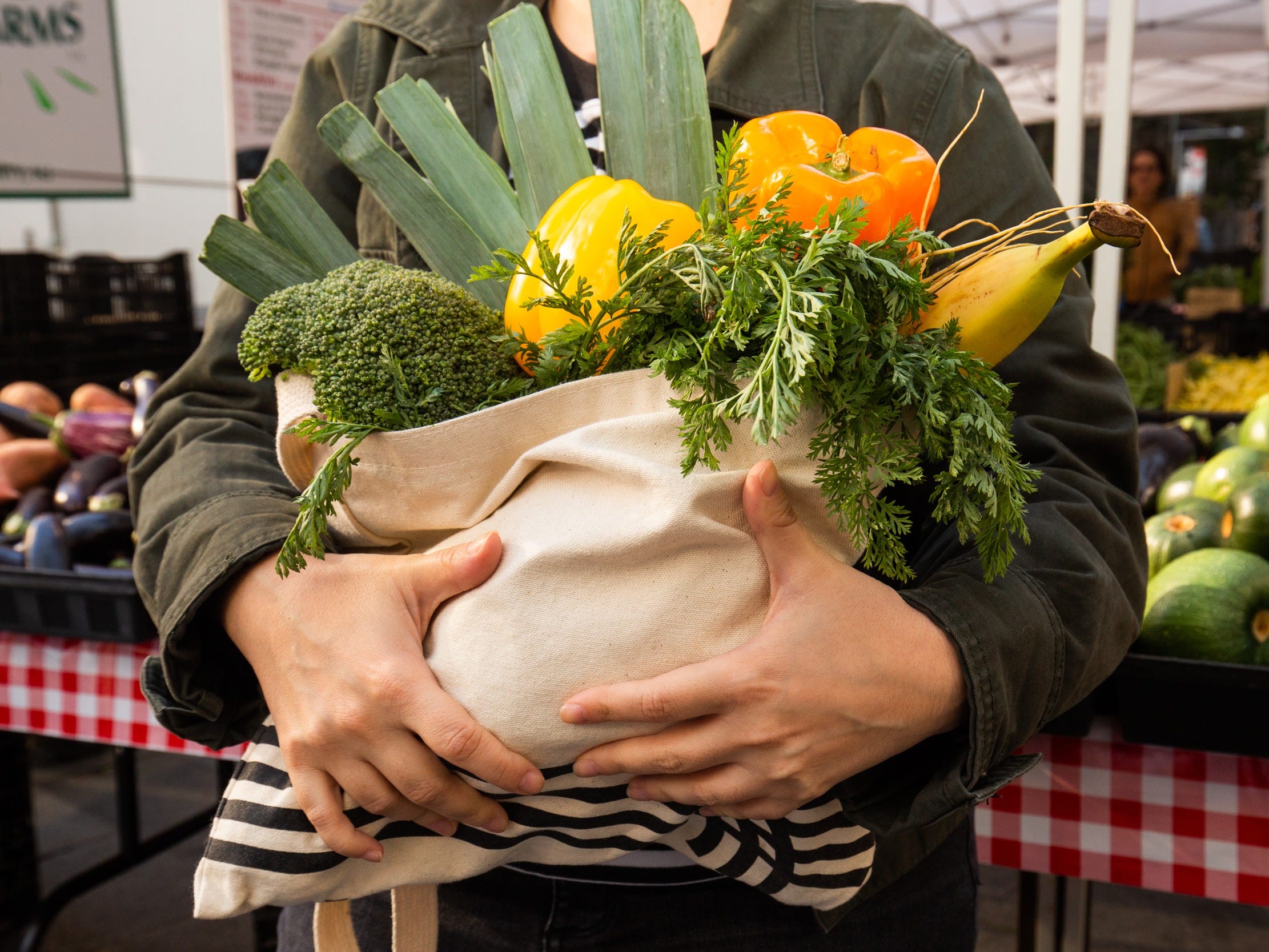 The primary way that malnutrition is diagnosed is based on the child’s position on growth charts and if their progress is in line with the expected parameters for their height and age, but this process isn’t perfect and can’t show everything, so your physician may take into account other factors.

According to the NHS, the biggest sign of malnutrition is unintentional weight loss, which is categorised as unintentionally losing 5-10% of body weight in three-six months. This can be a sign of undernutrition, though it’s worth noting that rapid weight loss can be a sign of numerous health conditions and that’s why doctors often take into account other factors, such as the ones listed here.

Though weight loss is common with malnutrition, it’s also possible to gain weight or be classified as obese while experiencing malnutrition. 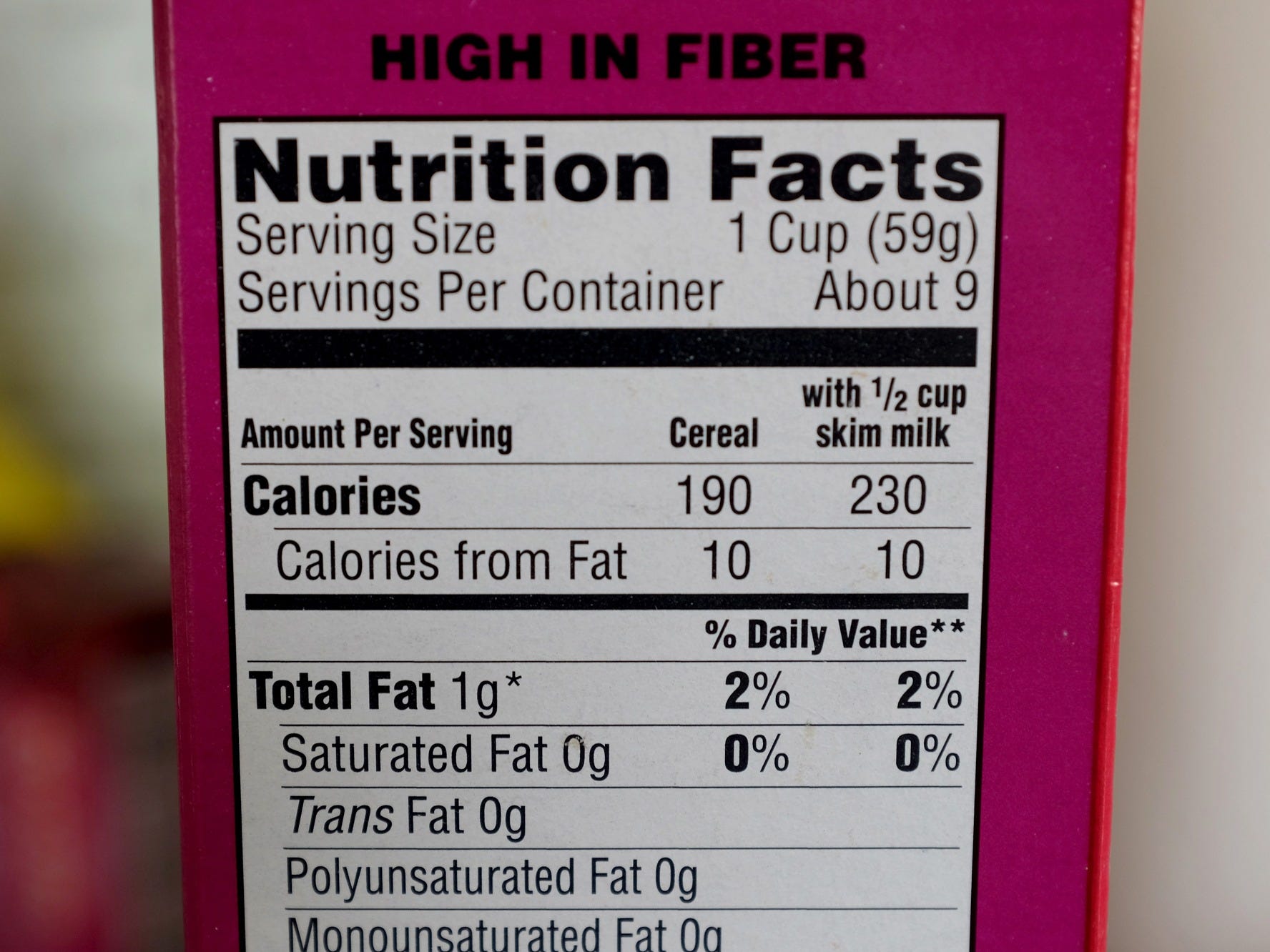 “It’s common if you’re consuming too many calories but not eating enough or the right amount of nutrients, that can cause malnutrition,” Heather A. Eicher-Miller, an associate professor in the Department of Nutrition Science at Purdue University, told US News and World Report.

And those who are obese and who are also experiencing malnutrition can often go undiagnosed.

“We as physicians don’t necessarily have a great handle on who is malnourished,” said Kenneth B. Christopher, MD, co-author of a study in Critical Care Medicine about this subject, told ACP Hospitals. “You can always tell if someone’s profoundly malnourished, because they start appearing to be cachectic, but it’s less severe degrees of malnutrition that are actually harder to see.”

Patients who appear to be overweight may get less intense care, but weight often doesn’t tell the entire story and the results can be life-threatening.

A child may also have dental issues 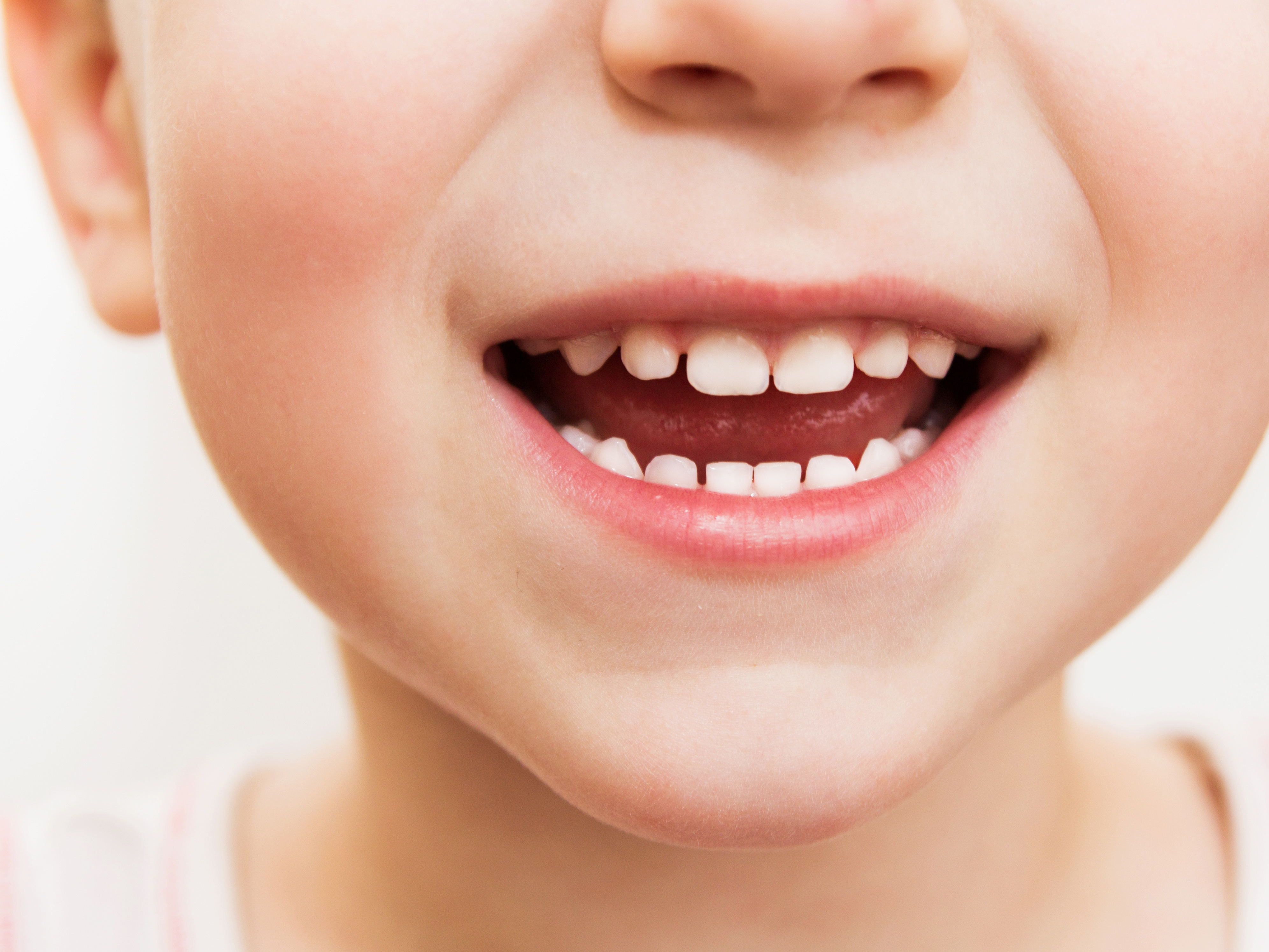 ShutterstockA child’s teeth can be affected (malnourished child not pictured).

“Cracks that will not heal at the corners of a child’s mouth (or an adult’s) can indicate an iron or B vitamin deficiency (riboflavin),” said Julie Cunningham, a registered dietitian and certified diabetes educator based in North Carolina.

It can indicate other types of infections as well, such as thrush.

“Bleeding gums or frequent bruising can indicate vitamin C deficiency,” said Cunningham. It can also indicate a host of other issues, so a trip to an MD is warranted.

They are always sick

If a child seems to always be coming down with a cold or a virus, they may have a depressed immune system, and that too can be a sign of malnutrition, explained Alix Turoff, a registered dietitian based in New York City. She said this sign is often manifested by frequent infections and poor wound healing.

“Especially for children under two, the effects of chronic malnutrition can be lifelong. Those who survive may have reduced resistance to disease and infection later in life,” said Cathy Bergman, Mercy Corps’ director of health nutrition and food systems in a post on their site.

They may also experience ‘stunting’ which can have long-term effects

This is especially dire in children’s early years as their brains are developing and a lack of sufficient nutrients in infants and children under 2 can have devastating effects on cognitive development.

“If your brain never fully developed to its capacity, then you’re not going to get as much out of your education,” said Bergman. 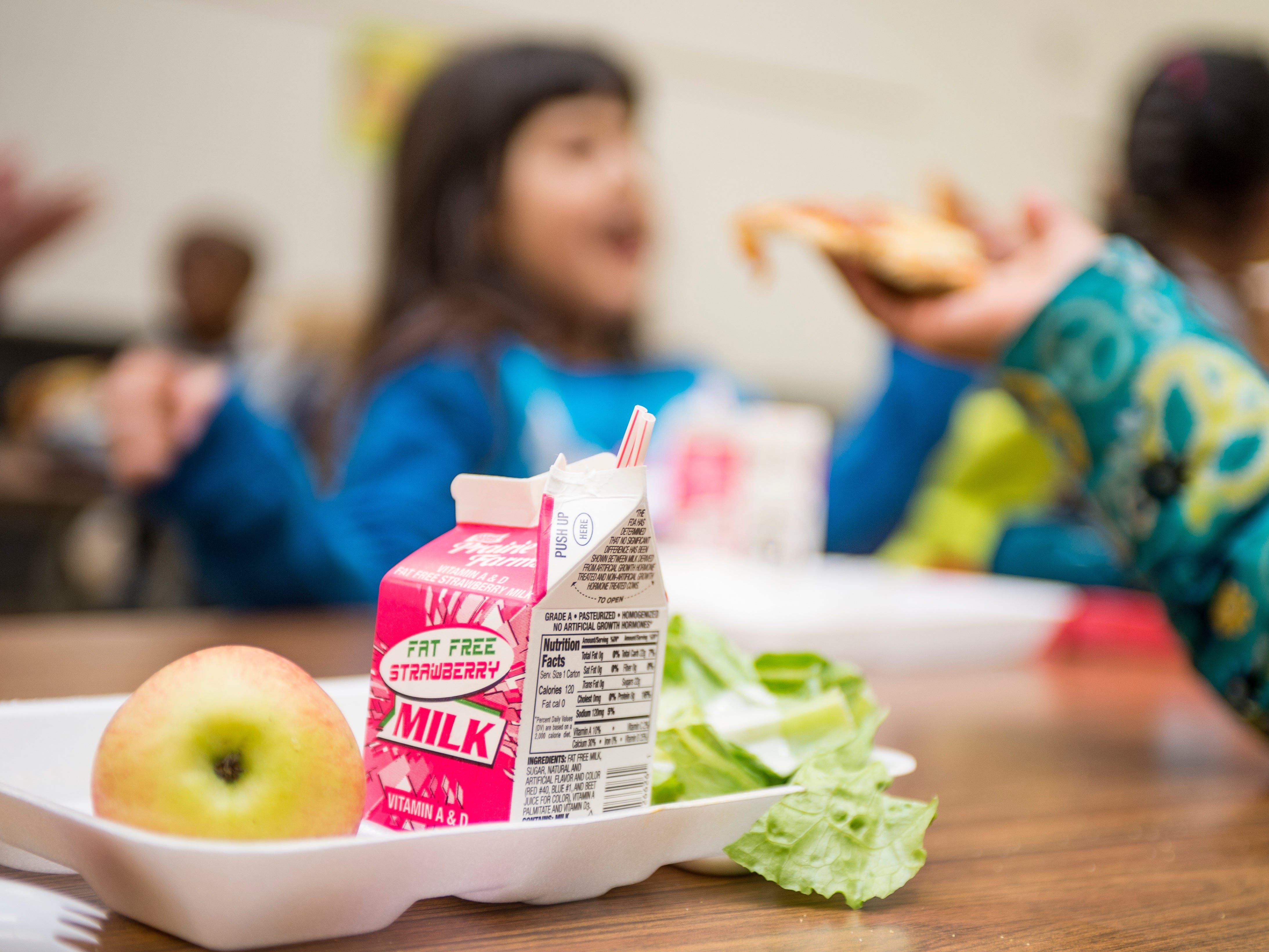 GettyMalnutrition can affect a child’s education.

This early onset of malnutrition can manifest itself in body and brain and is often called “stunting,” which means their bodies and brains fail to develop properly as a result of nutritional deficits.

This can have long-term effects that last even if a person is given proper nutrients later in life, affecting job prospects and opportunities into adulthood, according to The Hunger Project. Adults who experienced malnutrition when they were children earn an average of 20% less than those who were not, according to the World Health Organisation.

Malnutrition can also cause mood shifts

Irritability and depressed mood, along with other signs, can also reflect a child is suffering from malnutrition, said Allie Gregg, a registered and licensed dietitian. It’s also worth noting that shifts in mental health can also be a cause of malnutrition due to lack of desire to eat, so the relationship between the two is cyclical, and definitely should be spoken about with a professional.

For all of these signs and for any other concerns about malnutrition for someone in your care, you should always speak with a doctor as soon as you can.