How to tell if you have food poisoning, the stomach bug, or something else — and when to seek medical attention 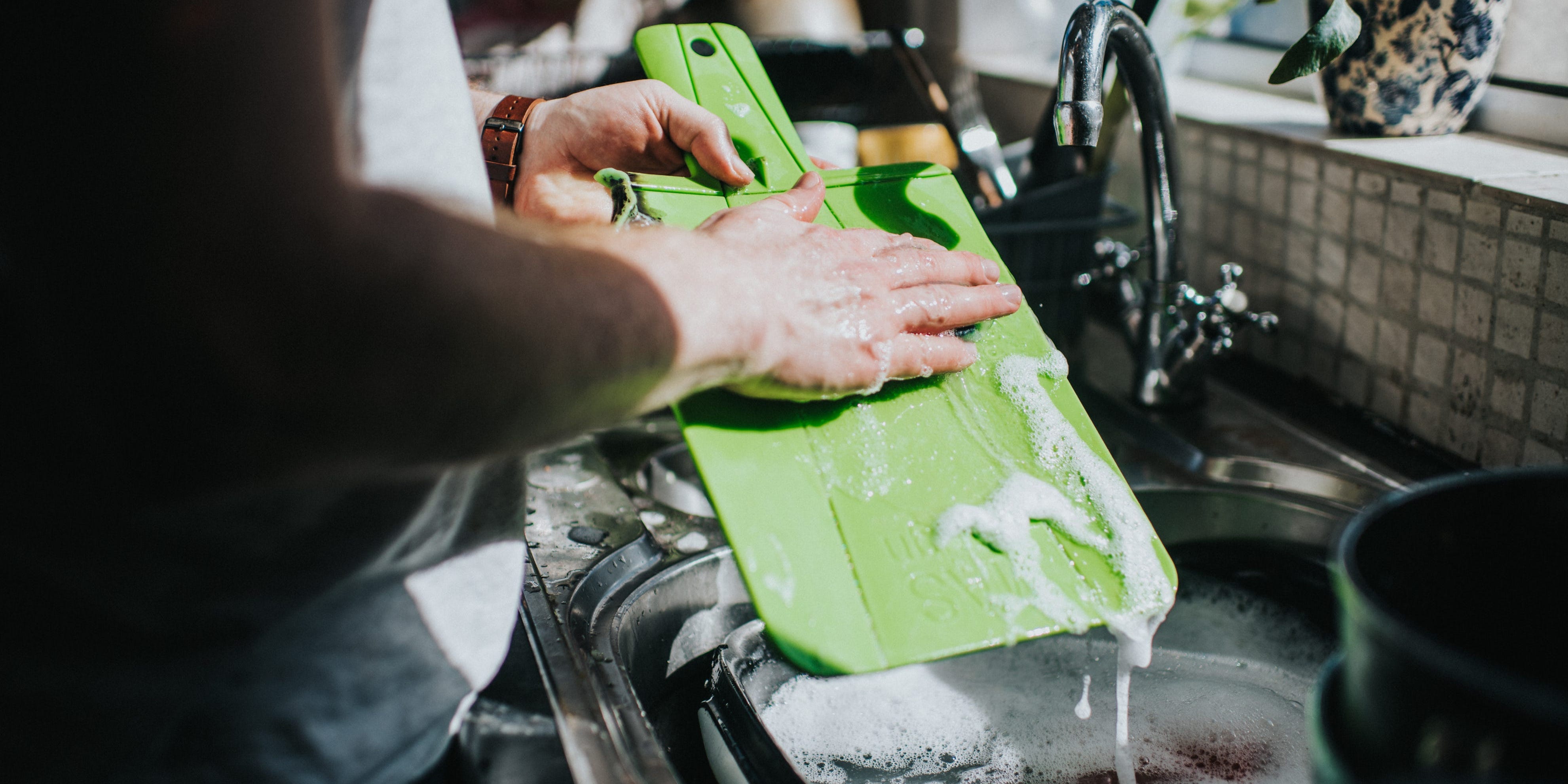 Catherine Falls Commercial/ Getty ImagesFood poisoning can be prevented by practicing good hygiene and making sure food is kept at a proper temperature.

Food poisoning, also known as foodborne illness, is caused by eating food that has been contaminated by parasites, bacteria, viruses, or other toxins. Symptoms, which can start within hours of eating contaminated food, can vary depending on the type of food poisoning you have (i.e. staphylococcal poisoning, salmonella intoxication, botulism, etc.). Common symptoms of food poisoning include nausea, vomiting, diarrhoea.

“Almost a fifth of all Americans have food poisoning episodes each year due to a variety of vegetables, fruits, dairy, and meat products,” says Jagdish Khubchandani, MBBS, a professor of Public Health at New Mexico State University. “Most cases in the US resolve within a week.”

Here’s how to tell if you have food poisoning, how to prevent it from happening again, and how to know when it’s time to see a doctor.

If you’ve never had food poisoning before, you may mistake it for something else as other conditions, including viral or bacterial infection, parasitic invasion (such as a roundworm infection aka trichinosis), irritable bowel syndrome (IBS), and gastritis, among others, may cause similar symptoms.

Listed below are some of the most common signs and symptoms of food poisoning, according to the Centres for Disease Control and Prevention, and how they compare with symptoms of a stomach virus, flu, and inflammatory bowel disease (IBD).

“Less common symptoms can include high temperature and diarrhoea; these symptoms might indicate toxic infection with salmonella,” says Dimitar Marinov, MD, an Assistant Professor at the Medical University of Varna, Bulgaria. “Very rare symptoms include constipation, visual problems, and paralysis, which is a symptom of botulism,” says Marinov.

How did I get food poisoning?

Food contamination can happen at any time, including the growing, harvesting, processing, storing, shipping, or preparing stage of production. According to the Mayo Clinic, cross-contamination is often the cause of food poisoning. This is particularly true when it comes to prepackaged foods, such as salads or other produce.

Common foods that cause food poisoning:

Despite the fact that food poisoning is a preventable illness, it’s quite common. The CDC estimates 48 million people get sick, 128,00 are hospitalized, and 3,000 die from food poisoning each year in the U.S. Here are five ways you can prevent it from happening to you.

Storing meat, milk, or confectionary products improperly. Perishable foods should be put away within two hours of purchasing or preparing them. “Keep hot foods hot 140Â°F (60Â°C) and cold foods cold 40Â°F (4Â°C),” says Rashmi Byakodi, BDS, a Health and Wellness writer and the editor of Best for Nutrition. “You should make sure your fridge is set at a temperature of 40Â°F (4Â°C) or less.” This rule applies to restaurant food, as well. If your food comes to the table lukewarm, send it back.

Consuming raw produce without properly washing it. Washing your produce before eating it will help to remove bacteria, like E.coli (bacteria found in the intestines of humans and some animals) or pesticides, such as insecticides, rodenticides, or herbicides, from its surface. It’s also important to make sure that there isn’t any soil attached to it, as soil carries bacteria. Use a paper towel to dry your produce after thoroughly washing it.

Buying foods such as eggs, meat, or dairy products from unregulated sources. Whenever you’re shopping for bacon, eggs, or other meat and dairy products, be sure to look for the “Safe Food Handling” label. This label confirms that the item has undergone safe processing and includes safe handling and preparation tips. If you’re eating out, ask your server if they use pasteurised eggs (for salads, sauces, custards) and look to see if the restaurant is following safe food-handling practices (i.e. wearing gloves when handling food or utensils).

When to see a doctor

Although food poisoning usually subsides on its own, there are a few instances in which you should seek medical help:

“Most of the time, the doctor will administer fluids intravenously to maintain a normal balance of electrolytes and prevent dehydration,” says Marinov.

For many, food poisoning resolves itself within a few days. Because diarrhoea and vomiting can lead to dehydration, it’s important to ensure that you’re drinking fluids with electrolytes (Gatorade or Pedialyte) and getting plenty of rest. Your doctor may recommend going on a BRAT diet, which consists of bananas, rice, applesauce, and toast.

Food poisoning can be dangerous, and even life-threatening, especially for pregnant women and their fetuses, older adults, young children, and people with a weakened immune system.

Although unlikely, food poisoning can cause long-term problems, such as:

While it is true that anyone could end up with long-term effects, individuals with compromised immune systems, children, and older adults are at higher risk. If you develop unusual symptoms, get to a doctor immediately. The sooner you can get checked out, the better.

If you suspect you have food poisoning, ensure that you’re drinking plenty of fluids. You can start by taking tiny sips of water or chewing on ice chips, if you need to. You should also avoid anything with dairy, caffeine, or alcohol, as it will just make your symptoms worse.