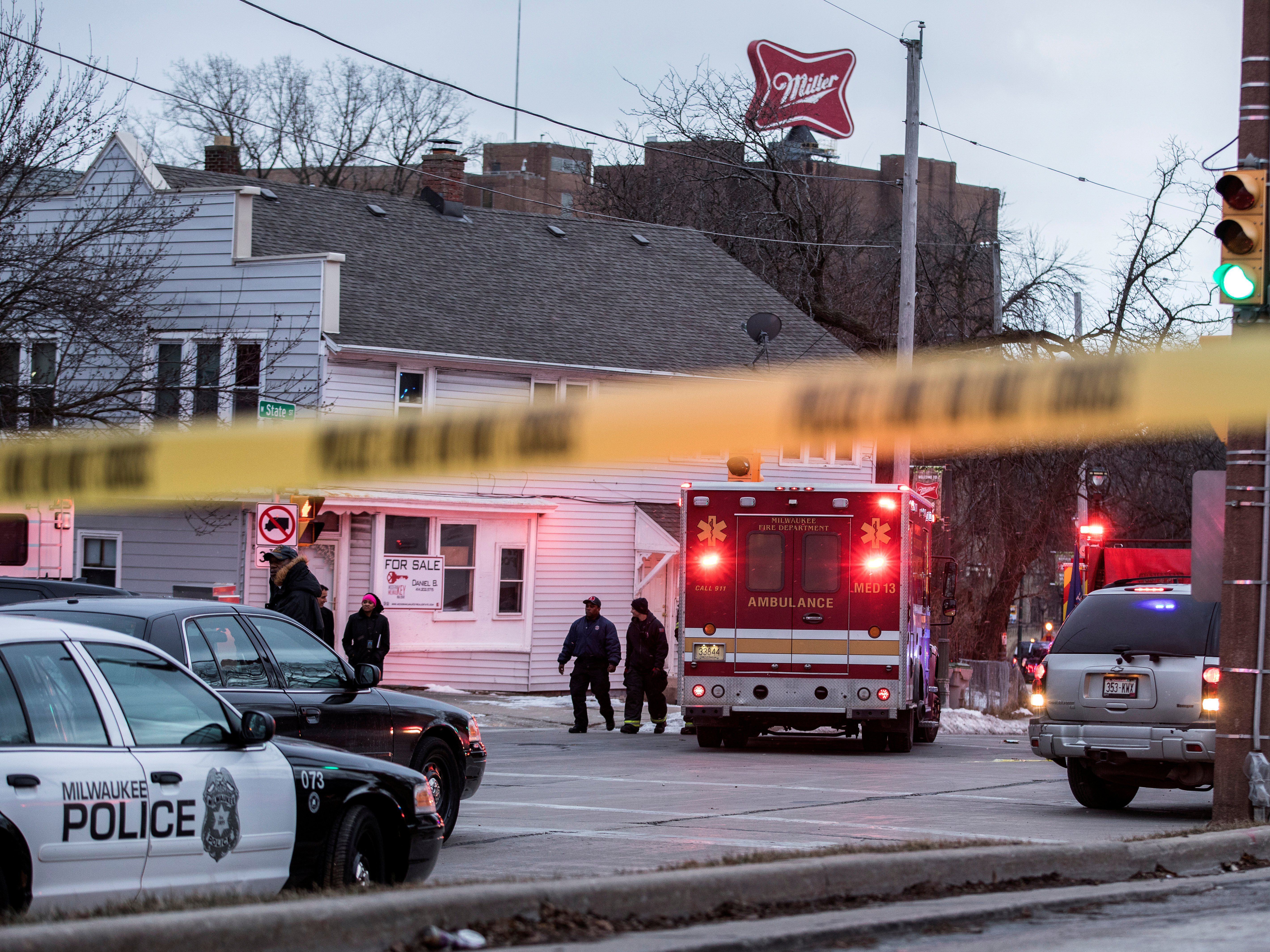 Five people were killed in a shooting at the sprawling Molson Coors Beverage Co. complex in Milwaukee on Wednesday. The shooter is also dead, according to the police.

The police responded to the incident in the area of N. 40th St. and W. State St. shortly after 2 p.m. local time, the Milwaukee-based WTMJ-TV reported. Milwaukee Police Chief Alfonso Morales said at a news conference that a 51-year-old Milwaukee man opened fire, killing five, and then turned the gun on himself.

Everyone who was killed, including the gunman, worked at Molson Coors. He was dressed in the company’s uniform when he opened fire, the New York Times reported. Police have yet to reveal details about the shooting, including the motive, the gunman or how the bloodshed unfolded. The victims will also not be identified while their families are being notified of their deaths. It’s also unknown what connection, if any, the shooter had to the slain.

President Donald Trump addressed the shooting during a White House news conference about the novel coronavirus. He said a “wicked murderer opened fire” at the facility, according to The Washington Post.

Mayor Tom Barrett spoke with reporters at the scene and was the first to confirm that “a horrific shooting had occurred” and that several people had died.

“It is a horrible, horrible day for the employees here,” the mayor said. “It’s a very rough day for anyone who is close to this situation.”

The police tweeted at about 3:30 p.m. that they were responding to a “critical incident” at the site and asked people to steer clear of the “active scene” on W. State Street.

About two hours after that initial report, the police tweeted that there was no “active threat” but asked people to continue to stay away from the cordoned-off area.

MPD is investigating a critical incident in the 4000 block of W. State Street. Please stay clear of the area at this time.

Update regarding the critical incident that occurred on the 4100 block of West State Street. There is no active threat; however, this scene is still an active.

Molson Coors CEO Gavin Hattersley shared a statement on Twitter that said in part that he was “devastated” at the loss of “five members of our family.”

“There are no words to express the deep sadness many of us are feeling right now,” he added, later concluding, “Please hold your family members tight tonight and keep the families of our fallen teammates in your thoughts.”

WTMJ-TV also shared audio from two dispatch calls from about 2:10 p.m., informing police officers of an “active shooter” and “reports of one person shot at Miller Coors.”

A Milwaukee resident named James Boyles told the Milwaukee Journal Sentinel that his wife, Lasonya Ragdales, worked in the claims department at Molson Coors. She texted Boyles that there was a shooter on the premises so she was locked in a room with other colleagues. 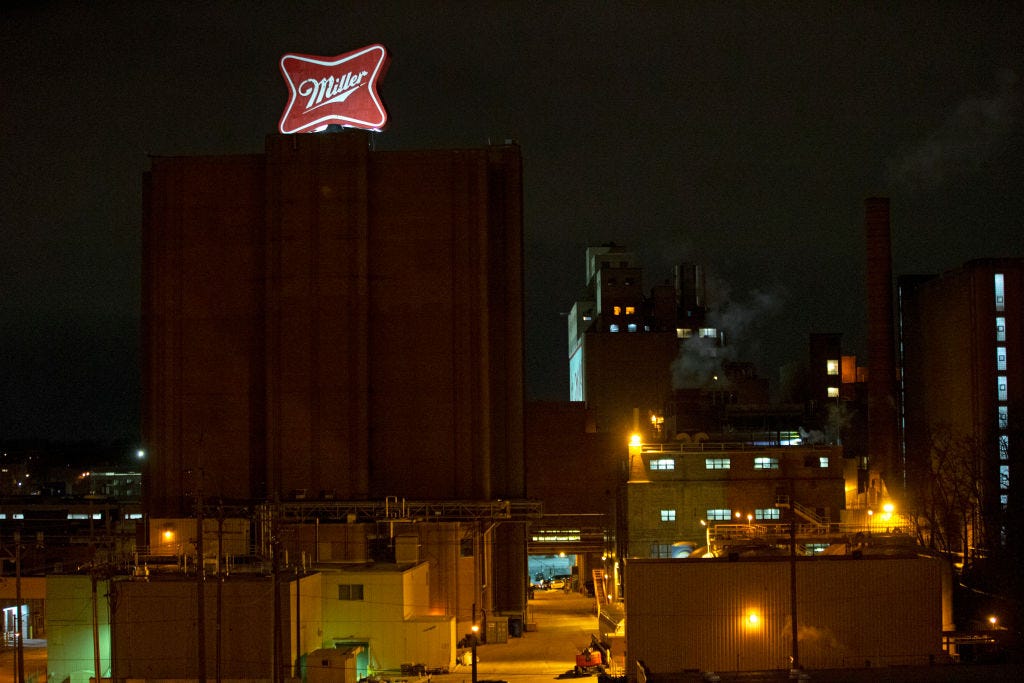 Nuccio DiNuzzo/Getty ImagesThe sprawling Molson Coors campus includes corporate offices, a 160-year-old brewery, a packaging centre that pumps out thousands of cans and bottles by the minute, and a distribution centre that spans the size of five football fields.

The area has been dubbed “Miller Valley” because of Miller Brewing Co., which is now part of Molson Coors, the Associated Press reported. MillerCoors changed its name to Molson Coors Beverage Co. last year.

More than 1,000 people were working at the Molson Coors complex at the time of the shooting, Morales said. The massive complex features around 20 buildings, including corporate offices, a 160-year-old brewery, a packaging centre that pumps out thousands of cans and bottles by the minute, and a distribution centre that spans the size of five football fields.

The building is popular among visitors and tours take them to the famous underground caves that were once used as storage areas for the beer. They also get to enjoy a saloon, a Champagne-room meeting hall, and an outdoor beer garden, the AP said.

“The district has changed over the years, and so has the community surrounding MillerCoors – and they stayed. They’re committed,” LaTonya Johnson, a Democratic senator whose district includes the facility, said, according to the Times.

Politicians push for gun control, but Trump says now’s not the time

Alderman Russell W. Stamper II sent a statement to Insider “offering sincere condolences to the families and friends of the victims of today’s horrific mass workplace shooting at Molson Coors.”

He went on to say: “The coming days and weeks ahead will be unimaginably challenging for them. The vile and heinous deadly violence that was perpetrated at the brewery complex today has no place in our society and makes no sense. The cold disregard for human lives and the lack of value for human life that was shown must be categorically denounced across Milwaukee, across Wisconsin and throughout our nation.”

“Another senseless American tragedy,” he continued. “One that shouldn’t have to happen, and unfortunately it’s in our backyard.”

Sen. Tammy Baldwin of Wisconsin echoed the sentiment on Twitter, saying, “Gun violence has taken too many lives in Milwaukee and the mass shooting today is heartbreaking.”

Gun violence has taken too many lives in Milwaukee and the mass shooting today is heartbreaking.

I want to thank the first responders who ran into harm's way and saved lives. My office is standing by to help the #MKE community in the wake of this tragedy.

We are closely following developments surrounding the shooting in Milwaukee, Wisconsin. Our prayers are with the families who have lost loved ones and the first responders protecting the community. Congress has a duty to them all to take real action to #EndGunViolence.

Gov. Tony Evers said “yet another act of gun violence” would have “long-lasting consequences” for the community.

Our hearts go out to the families of those whose lives were senselessly taken, all of the folks and workers at Molson Coors, and the Milwaukee community as we grapple with yet another act of gun violence that will have long-lasting consequences for this community and our state.

But Trump mocked this line of thinking on Twitter, labelling those who advocate for gun control as “libtards.”

Thoughts and prayers to the victims of the Molson Coors Factory massacre in Milwaukee. Many libtards will talk about gun control but today is not the day for that. Believe me. #molsoncoors #Milwaukee #milwaukeeshooting

Molson Coors did not respond to Insider’s requests for comment.