The huge container ship blocking the Suez Canal ran aground in high winds and a dust storm. An earlier claim it suffered a power outage was deleted. 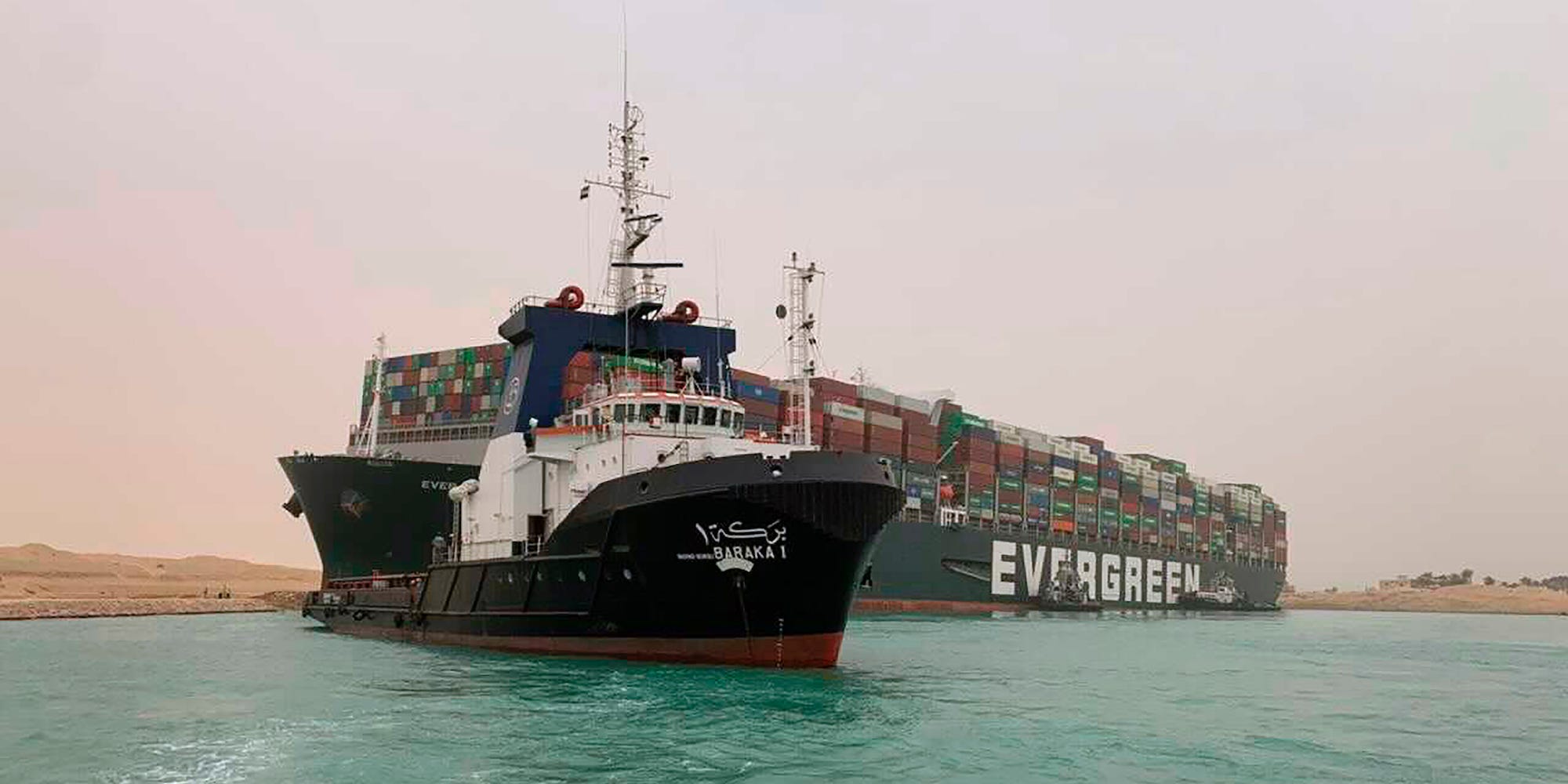 Suez Canal Authority via APA smaller ship by the Ever Given, a stranded container ship seen in the Suez Canal on Wednesday, March 24, 2021.

The Ever Given, the massive container ship stuck in the Suez Canal, Egypt, was grounded by high winds and a huge dust storm, according to authorities.

The 396.24m-long cargo ship ran aground at around 7.40 a.m. local time on Tuesday, the ship’s technical manager Bernhard Schulte Shipmanagement (BSM) said in a statement to Insider.

As of midday Wednesday local time, tugboats and cranes were attempting to free it without success.

An Egyptian official, speaking on condition of anonymity on Wednesday, told the Associated Press that freeing the ship could take at least two days.

Images show the Ever Given blocking to the channel and barring traffic in one of the world’s busiest shipping lanes, which connects Europe to Asia.

A smaller second channel of the canal, opened in 2015, may allow some traffic to move. It is unclear if it is in use. 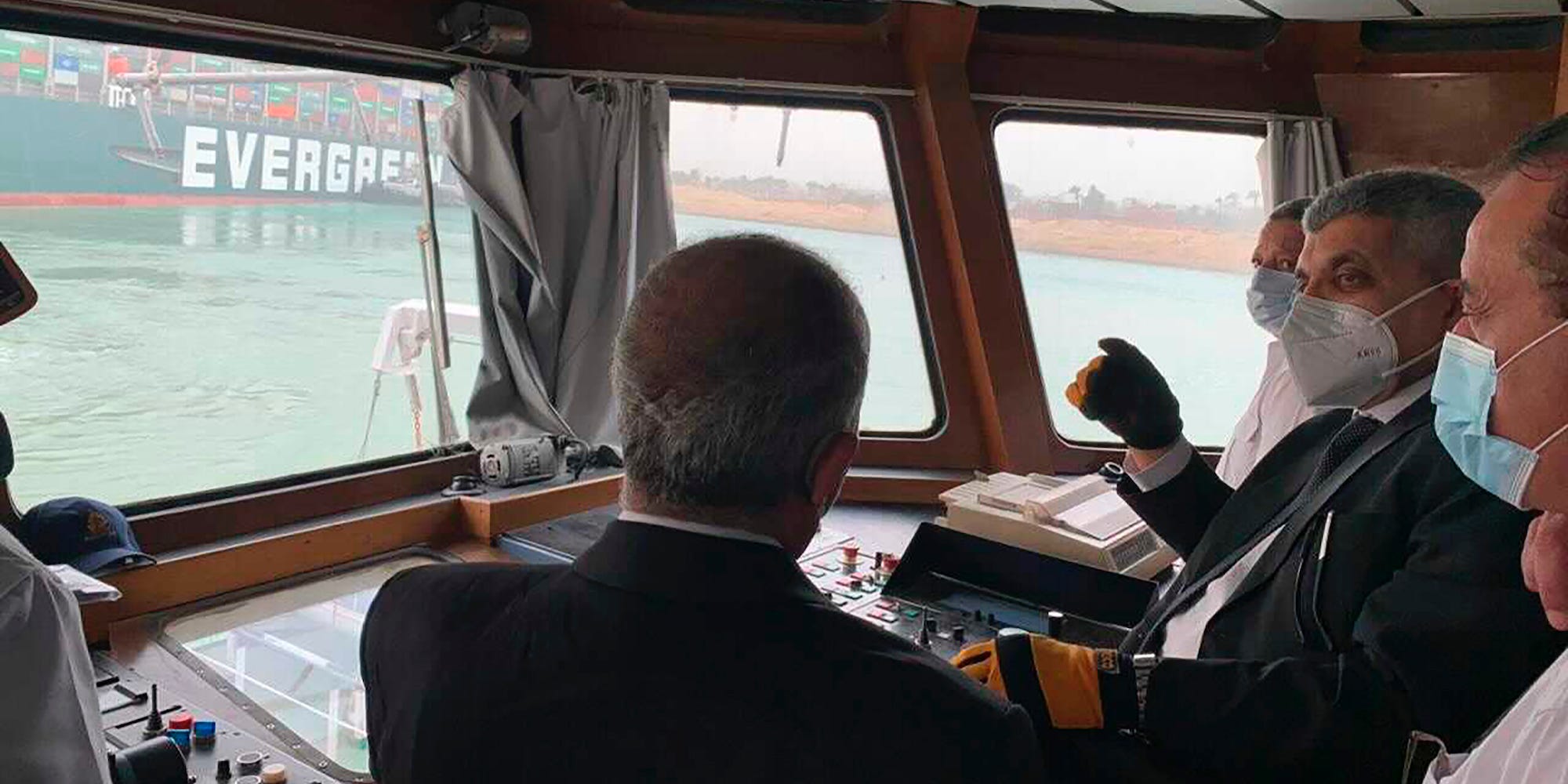 Suez Canal Authority via APLt. Gen. Osama Rabie, chair of the SCA, second right, speaks to other staff onboard a boat near the stuck cargo ship MV Ever Green Wednesday, March 24, 2021.

Authorities have blamed the accident on weather conditions. Lieutenant-General Osama Rabie, chair of the Suez Canal Authority (SCA), said it probably happened due to “strong winds and a dust storm that obstructed the view,” according to the Egyptian newspaper Al-Masry Al-Youm.

This meant the ship was unable to steer, Reuters reported the SCA as saying.

BSM said in its statement to Insider that the ship was grounded “due to strong winds,” adding that “initial investigations rule out any mechanical or engine failure as a cause of the grounding.”

Early reports attributed the accident to a blackout on the vessel, following a post on the website of the shipping agent GAC Egypt.

“The vessel suffered a black out while transiting in a northerly direction,” wrote GAC Egypt on Tuesday. That post has now been deleted. GAC Egypt did not immediately respond to a query asking for clarification.

An update posted Wednesday morning local time from the company gave a short update on rescue efforts, but suggested no particular cause.

“There is currently no indication of when the Canal will be clear and transits will be able to resume,” the post read.

High winds and sandstorms are not uncommon at this time of year in Egypt. Every year it experiences a phenomenon known as the khamsin – a fifty-day period where sand sporadically blows in from the Sahara.

Muggy conditions and a sand-filled sky can be seen in images released Wednesday by the SCA, which show construction equipment attempting to dig out the Ever Given’s bow. 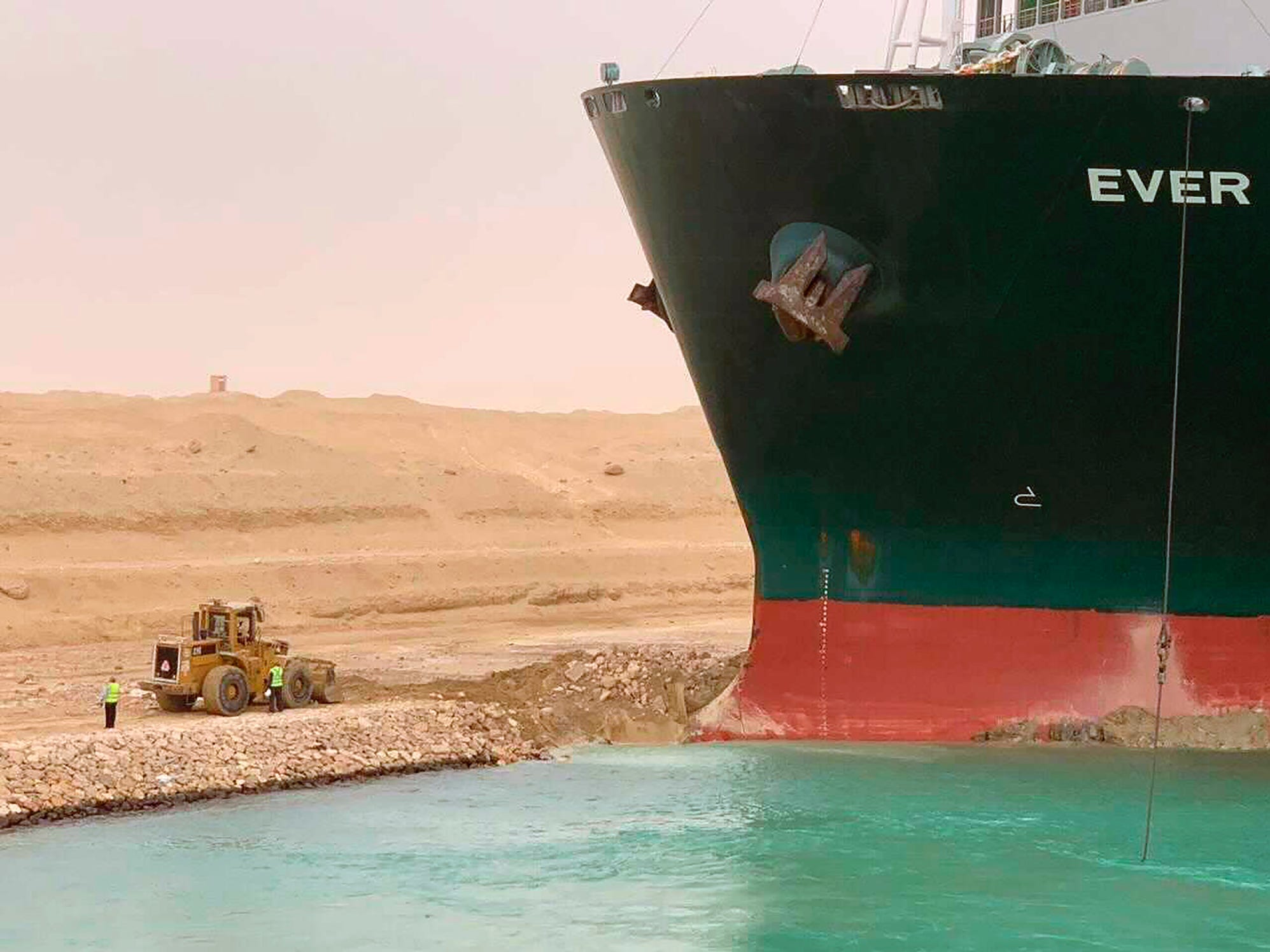 Suez Canal Authority via APThe Ever Given with its bow stuck in the canal wall, on Wednesday, March 24, 2021, in the Suez Canal, Egypt.