Sheryl Sandberg reportedly said Facebook played a major role in sparking movements like Me Too and Black Lives Matter, but that 'we don't get credit for any of it' 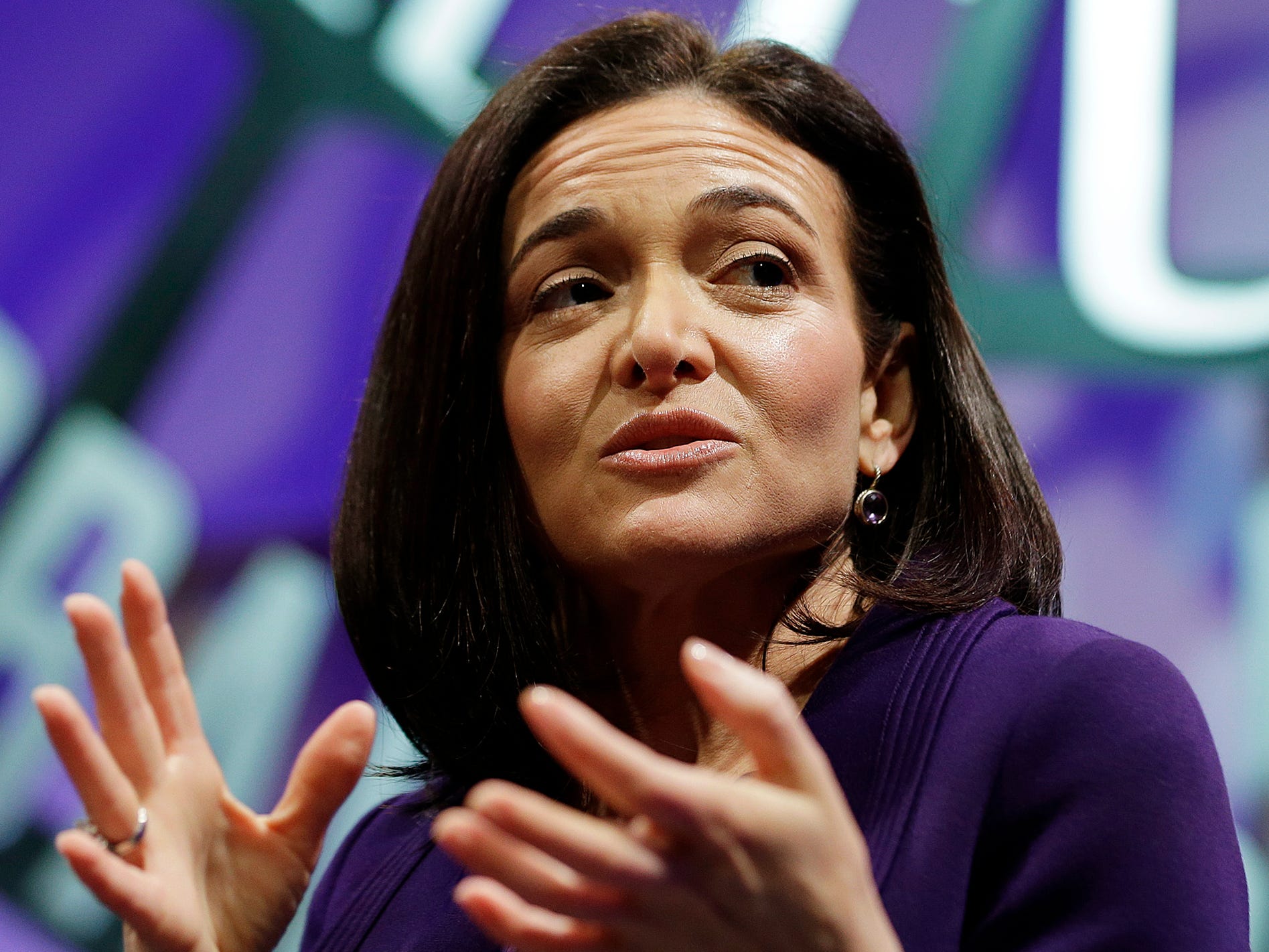 Sheryl Sandberg said Facebook doesn’t get “any credit” for its role in major social movements like Black Lives Matter and Me Too.

The Verge’s Casey Newton on Wednesday published a trove of leaked recordings from internal Facebook Q&As over the past several months, including an annual session Sandberg has with Facebook interns in July. During the event, Sandberg addressed Facebook’s role in social movements, both as a communication tool and a platform for raising money for causes.

Sandberg’s comments appeared to express frustration that Facebook isn’t acknowledged for how it helps activists, while also seeming to position Facebook as the reason these movements have taken hold.

Facebook has become a key platform for organising events like protests and marches. In 2017, the Women’s March on Washington was organised on Facebook, launched out of a post by a former lawyer named Teresa Shook. Following the election of President Donald Trump, Shook posted in the Facebook group “Pantsuit Nation,” a pro-Hillary Clinton group, that someone should organise a pro-women march, according to the Washington Post. The event blew up overnight, and on January 21 as many as 470,000 people marched in Washington, DC.

Facebook played a role in the Me Too movement as well, when in 2017, survivors of sexual assault and harassment took to social media to show their support with the hashtag “#MeToo.” The movement was founded in 2006 by Tarana Burke, but the hashtag went viral after sexual assault and harassment allegations emerged against Hollywood producer Harvey Weinstein. In the case of Me Too, Facebook was one platform for users to share their stories, but the hashtag blew up on other platforms as well, particularly Twitter.

In the case of Black Lives Matter, the phrase originated on Facebook: In July 2013, community organiser Alicia Garza used the phrase in a Facebook post following the acquittal of George Zimmerman, the man who shot Trayvon Martin. In recent times, Facebook has been used to organise Black Lives Matter protests, and when George Floyd was killed by white police officers in Minneapolis, the full video of his death was posted to Facebook.

In July, an internal civil rights audit found that the company hadn’t done enough to address civil rights issues on the platform, particularly around political speech.

“While the audit process has been meaningful and has led to some significant improvements in the platform, we have also watched the company make painful decisions over the last nine months with real world consequences that are serious setbacks for civil rights,” the report said.