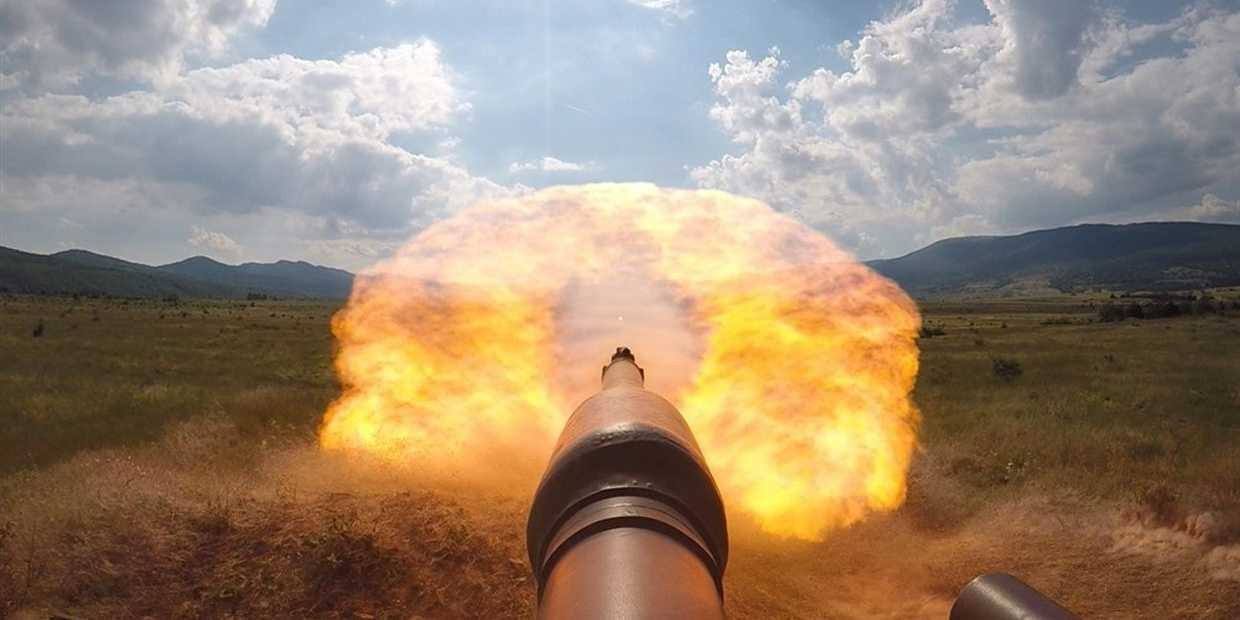 US European Command PhotoAn M1 Abrams tank fires a round.

Of all the weapons used on the battlefield, few have captured attention quite like the tank.

History has proved that good tanks can make the difference between winning and losing battles. The US Army has learned that and has given its armoured force prime attention to ensure battlefield success.

Today, US Army tanks are among the best in the world. That prestige is the result of a long evolution that took dozens of models and numerous hard-fought battles. 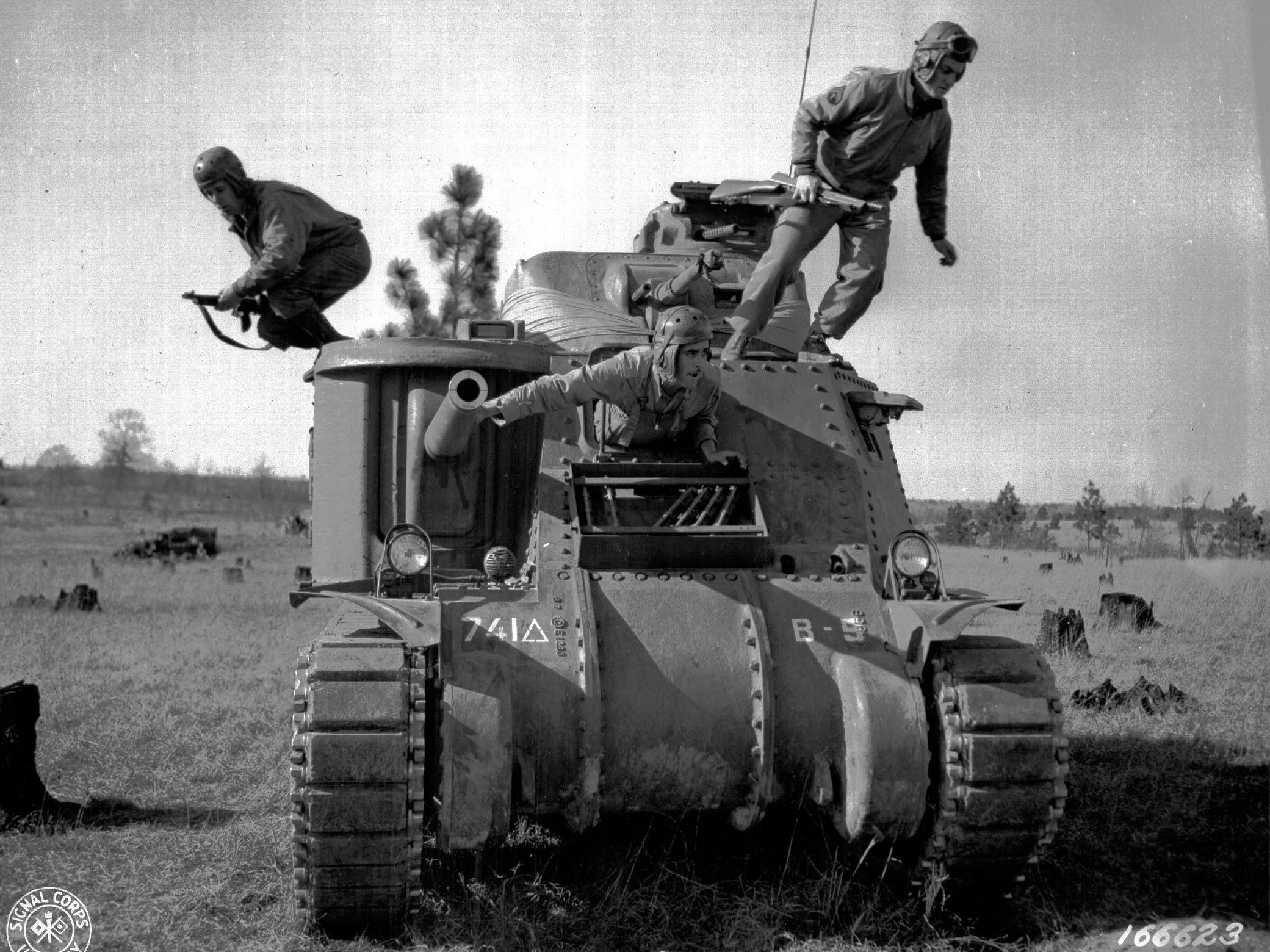 US tank development had a humble beginning. Unable to produce its own tank before World War I, the US military’s tank development was not seen as a priority, so American tank design more or less puttered along with few major models.

That changed completely after the start of World War II. Britain, alone in Europe and short of almost all military hardware, was desperate for tanks, and the Roosevelt administration, pledging to become the “great arsenal of democracy,” sent thousands though the Lend-Lease program.

These were the M3 Stuart and M3 Lee.

The M3 Stuart was a light tank armed with a 37 mm gun and three.30-calibre Browning machine guns. 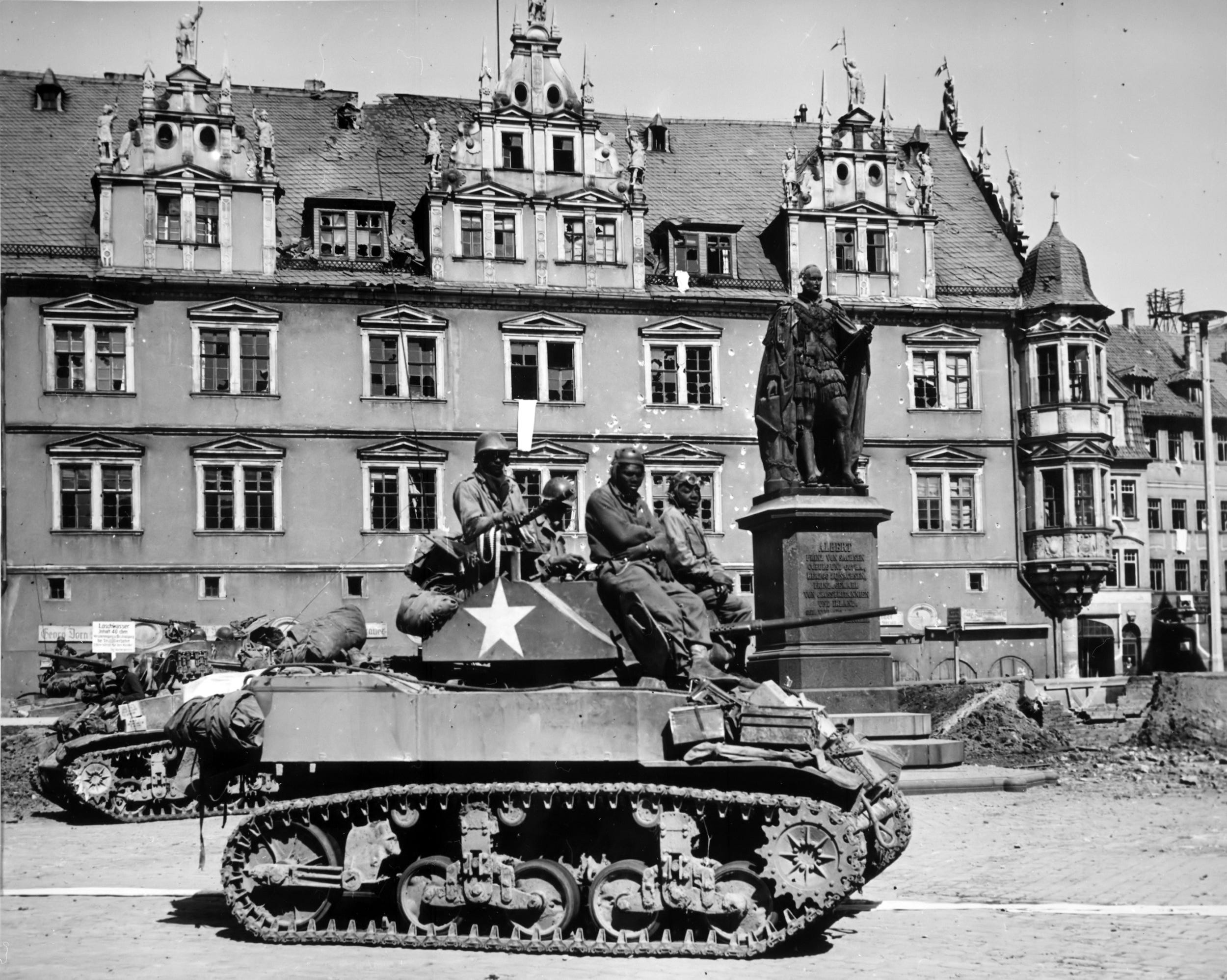 US ArmyCrews of US Army M5 Stuart light tanks, an improved version of the M3, await a call to clean out Nazi machine gun nests in Coburg, Germany, April 25, 1945.

On the whole, the tank performed poorly. Its armour was minimal and its gun was ineffective against armoured targets. It found more success in the Pacific theatre, where it operated well in jungles and held its own against inferior Japanese tanks.

The M3 Lee medium tank was more successful. It was unique in that it had two main armaments: a 37 mm gun in a turret on the top and a 75 mm gun mounted in the hull. The 37 mm was intended for infantry support, while the 75 mm was meant for enemy tanks and hardened structures.

It performed well, proving to be a capable adversary for almost all Italian tanks and even the German Panzer IV. The Lee performed even better in the Pacific, outclassing Japanese tanks.

The backbone of World War II 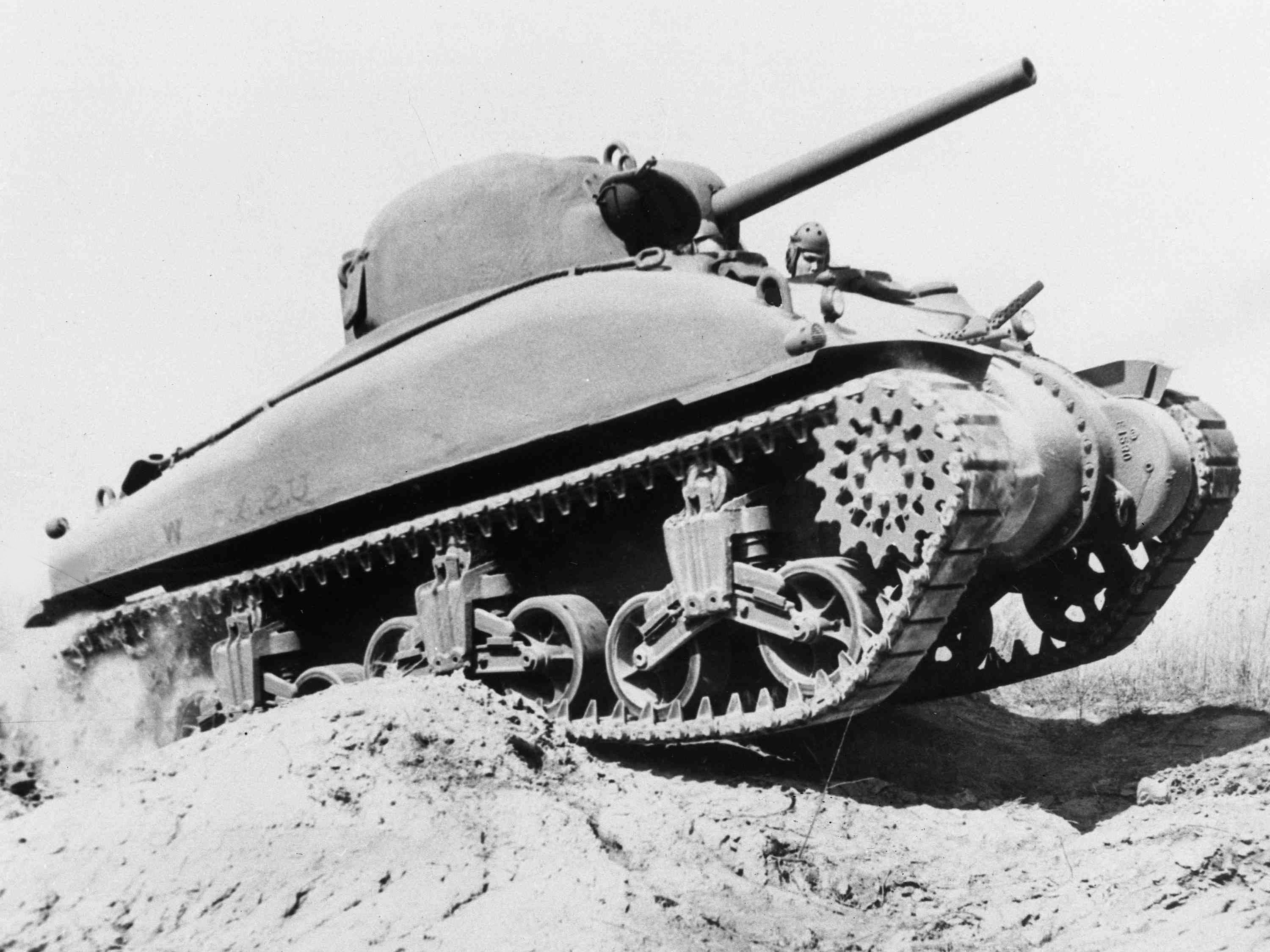 AP PhotoM4 Sherman tank during final trials at a firing range in the US, July 20, 1942.

But the Stuart and the Lee were only interim vehicles rushed out to fill a desperate need for armour to blunt German and Japanese offensives. By 1943, they were outdated.

They were replaced by the M4 Sherman. Based on the Lee and initially armed with a 75 mm gun, it had a crew of five and armour up to 3.6 inches thick.

The Sherman first saw action in late 1942 at the Second Battle of El Alamein, outperforming its British-designed contemporaries and helping Field Marshal Bernard Montgomery stop German Gen. Erwin Rommel’s Afrika Korps in its tracks. It proved quite capable in the early years of the war and was held in high regard.

But the Sherman was not superior to many of Germany’s tanks and anti-tank weapons. It suffered high losses when the Allies entered Western Europe. 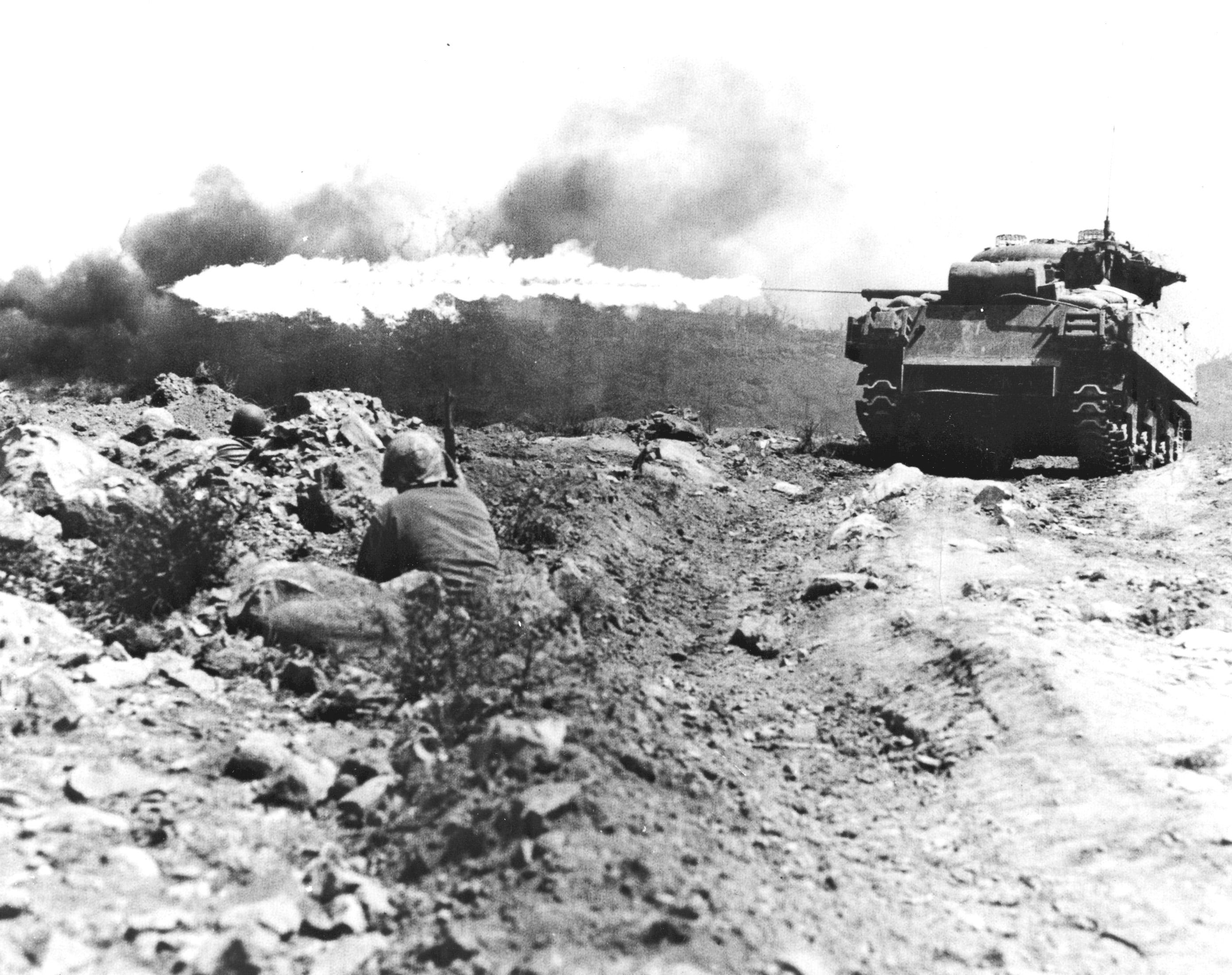 The US Army lost over 4,000 Shermans alone and the UK about 2,000. The losses were so bad the tank earned a reputation as a “death trap.”

But the Sherman’s positives outweighed its negatives. It was extremely reliable and had a high crew-survivability rate. It was also eventually upgraded with a 76 mm gun that made it capable of fighting most German tanks.

Moreover, almost 50,000 were built, meaning there was never a shortage.

Shermans were used in every theatre by every major Allied country. There were also many different variants, including ones with flamethrowers and rocket launchers.

They were so reliable that US commanders decided to abandon the more powerful M26 Pershing heavy tank in favour of the Sherman during the Korean War. 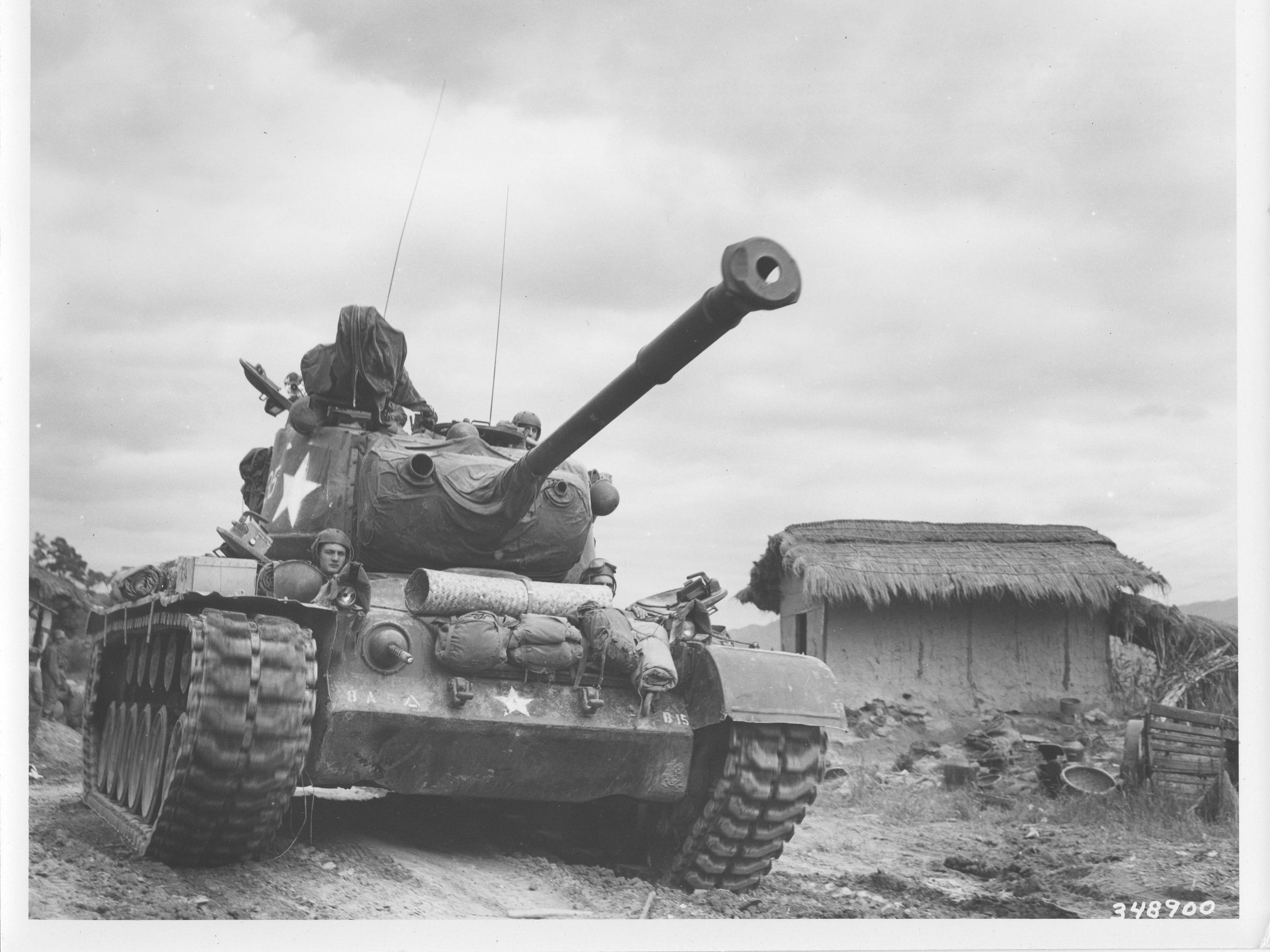 US ArmyA US Army M46 Patton tank passing through the village of Kumko, Korea, in September 1950.

After WWII, tank design took a different turn. With the invention of the Centurion by the British, it became clear that the modern army would not be made up of different light, medium, and heavy tanks.

Instead, the future lay in the main battle tank (MBT), which invested equally in armour, firepower, and mobility.

The first use of American MBTs was in Korea. With the Pershing prone to mechanical failure and the Sherman becoming dated, the US turned to a new series of tanks that would form the backbone of its tank force for most of the Cold War: the Pattons 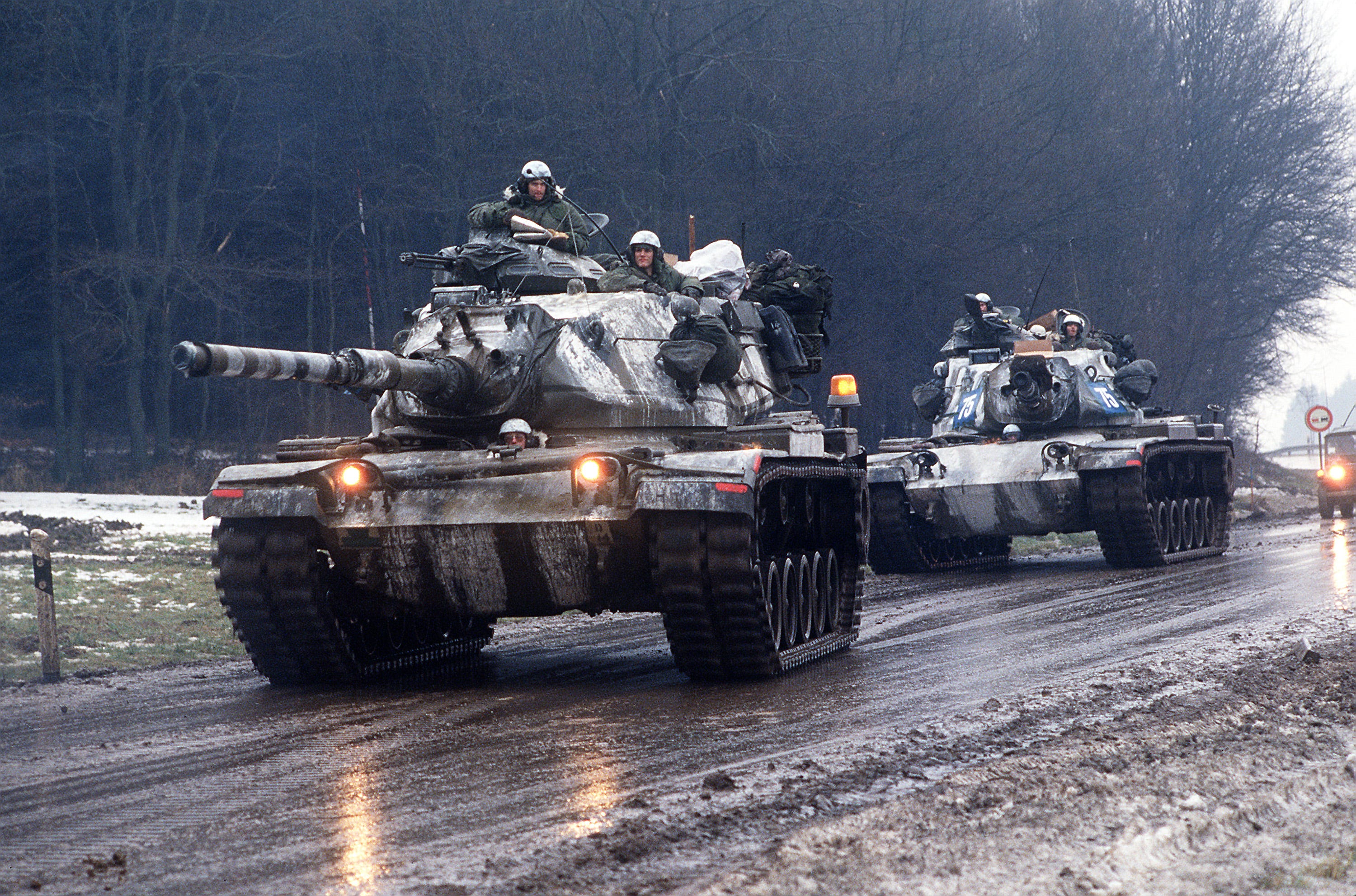 The first Patton, the M46, saw service in the Korean War. It featured 90 mm gun and a crew of five. Its successor, the M47, did not see combat with the US Army but was exported to a number of NATO countries.

The M48 was the workhorse of the US armoured forces in the Vietnam War. It performed well in the infantry-support roll and even faced off against Soviet-designed PT-76 and T-55 tanks used by the North Vietnamese Army.

The final member of the Patton family, the M60, featured composite armour and a 105 mm gun. A later version, the M60A2, was given a 152 mm gun with the ability to launch anti-tank missiles. Though it didn’t serve with the US in Vietnam, it did see action in the invasion of Panama in 1983 and the first Gulf War in 1991. 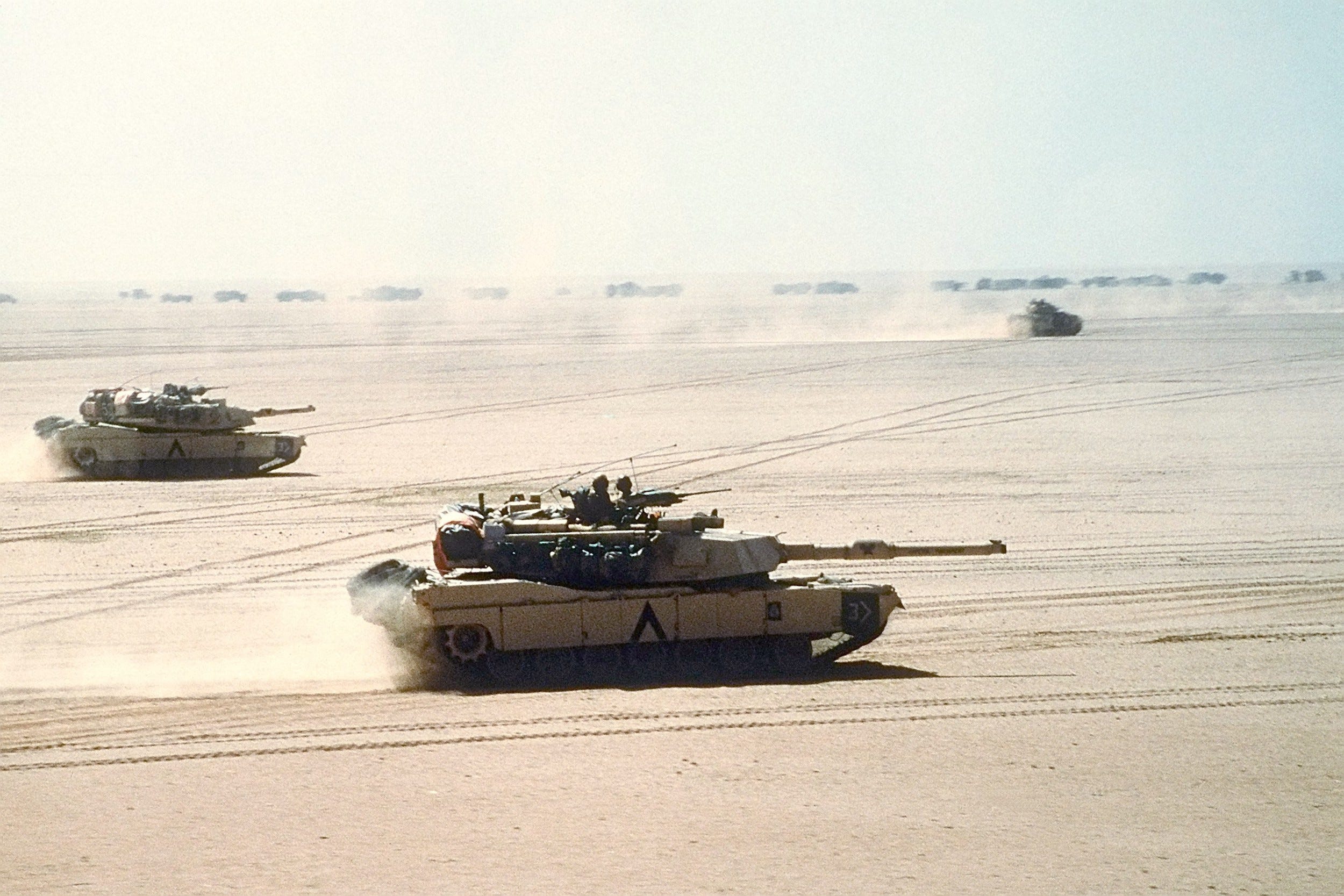 Army designers began developing a replacement for the M60 in the 1970s. By 1980, their creation, the M1 Abrams, was adopted for full service.

The tank was revolutionary. It featured a whole new suite of electronics, including GPS navigation and an infrared camera. Its new Chobham armour is up to a foot thick in some places, and its 120 mm gun can fire multiple types of specially designed rounds to destroy anything in its sight.

At the Battle of 73 Easting in February 1991, Abrams tanks destroyed over 100 Iraqi tanks and armoured personnel carriers in just 23 minutes with almost no casualties. 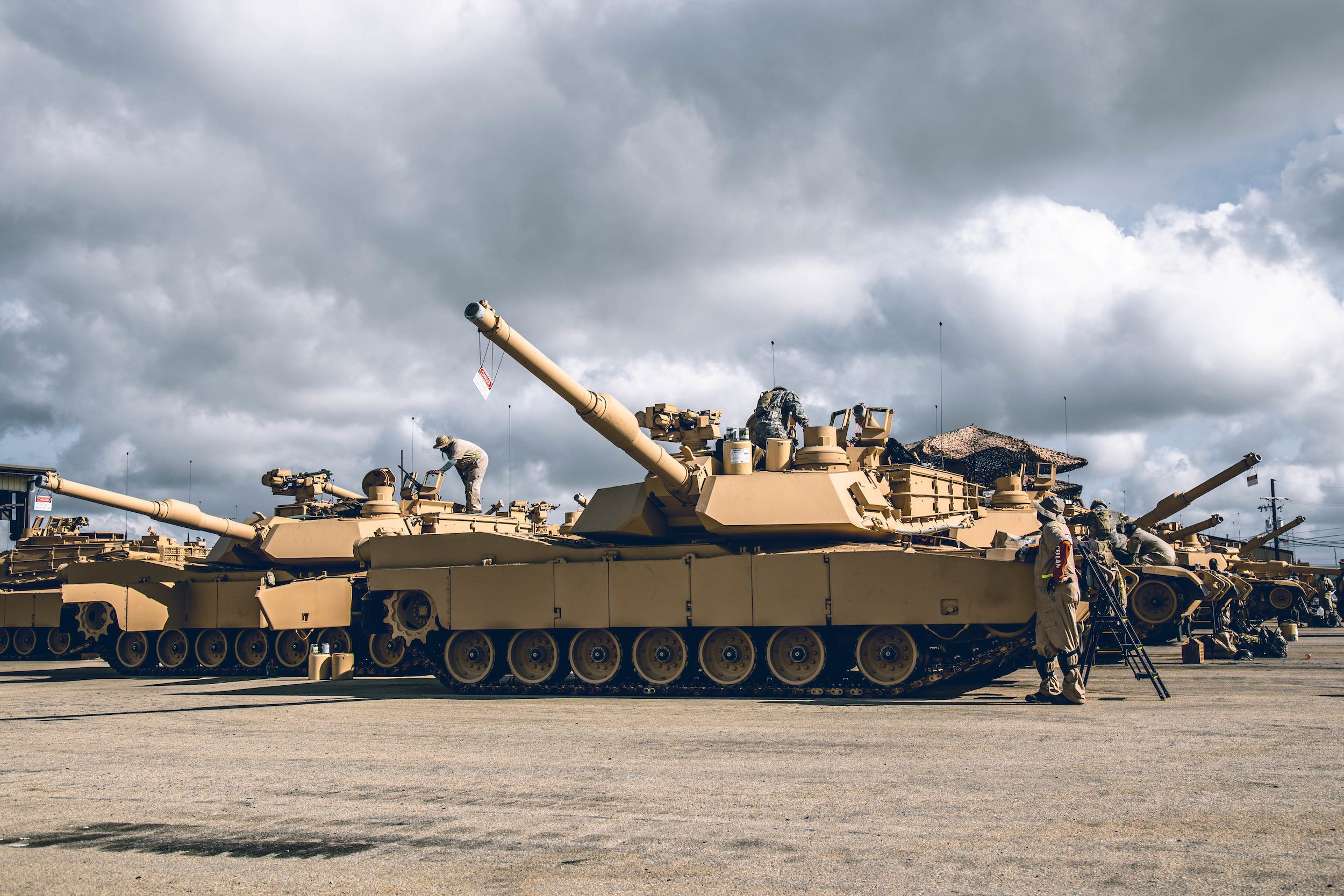 The Abrams also saw service in the 2003 invasion of Iraq and a small tour in Afghanistan. It has been constantly upgraded, with its most recent version, the M1A2 SEP V.3, entering service in 2017. An even newer version, the M1A3, is in development.

While the Army is getting newer Abrams, the Marine Corps has announced plans to disband its entire tank force.

The decision, part of the Corps’ Force Design 2030, is intended to refine the force, ditching “big heavy things” to once again focus on naval and amphibious operations, largely in response to the rise of China.