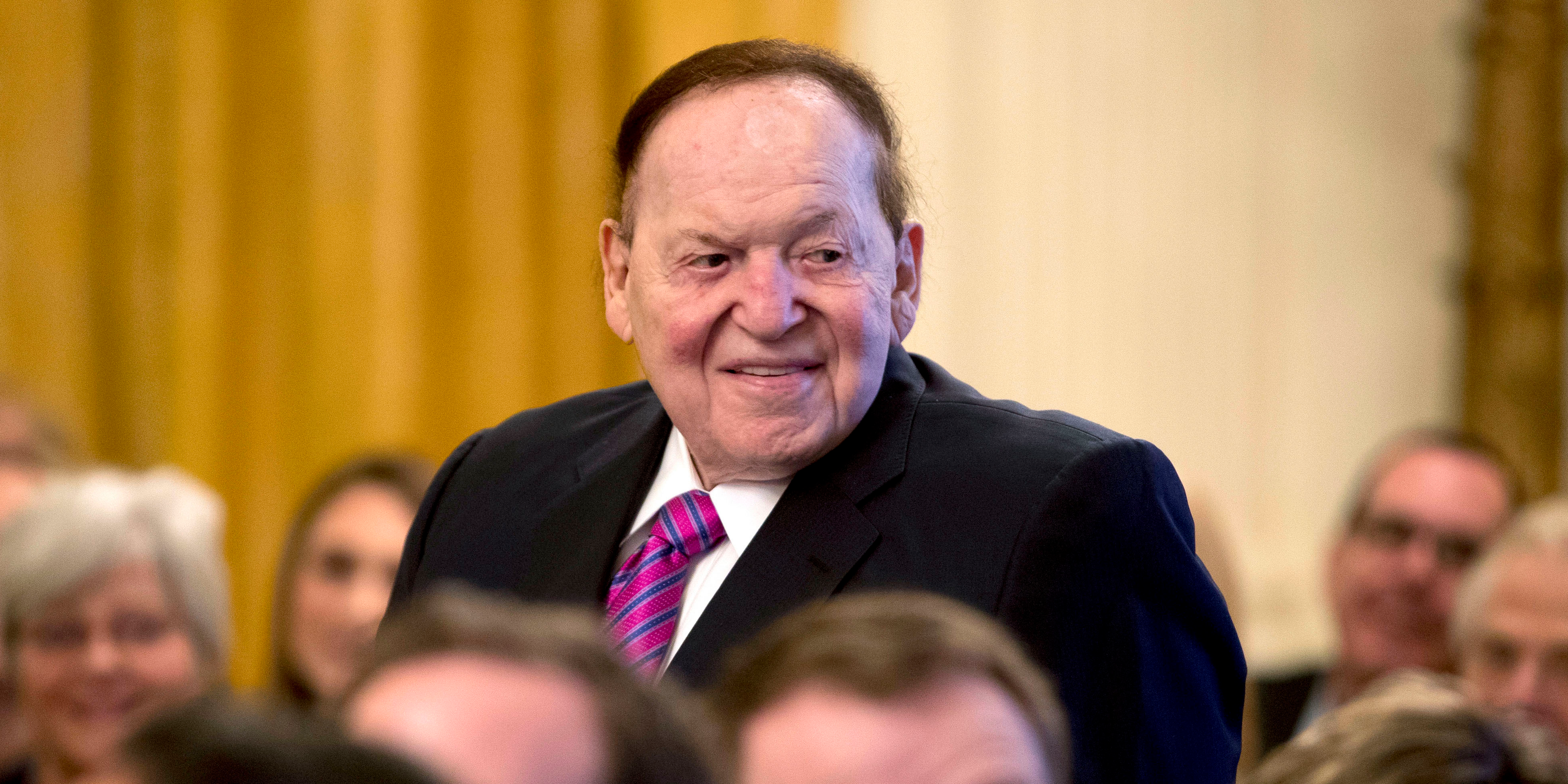 Sheldon Adelson, the billionaire casino mogul, newspaper owner, philanthropist, and Republican donor, died on January 11 at the age of 87. A statement from Las Vegas Sands, of which Adelson was founder, chairman, and CEO, said he passed away from complications related to treatment for non-Hodgkin’s Lymphoma.

“Our founder and visionary leader, Sheldon G. Adelson, passed away last night at the age of 87 from complications related to treatment for non-Hodgkin’s Lymphoma,” the statement said. “Born to immigrant parents and raised in a poor section of Boston, Mr. Adelson went from a teenager selling newspapers on a street corner to becoming one of the world’s most successful entrepreneurs.”

His wife, Dr. Miriam Adelson, said: “Sheldon was the love of my life. He was my partner in romance, philanthropy, political activism and enterprise. He was my soulmate.”

Adelson was the chairman, CEO, and majority stakeholder in the casino hotel company Las Vegas Sands â€” owning more than half of the business. Forbes reported that as of March 1, 2019, Adelson was worth $US35.8 billion.

Las Vegas Sands is the largest casino operator in the world, according to Bloomberg, and it operates casinos in both the United States and Asia. It had a reported revenue of $US12.9 billion in 2017, and employs around 50,000 people.

He did not get into the casino business until the age of 55. Before that he started a series of businesses â€” starting when he was a boy, when he borrowed $US200 from his uncle to “buy a corner” to sell newspapers, The Las Vegas Review-Journal reported.

Adelson was born in 1933 to Sarah and Arthur Adelson. His parents were immigrants, and he described growing up poor in Boston, Massachusetts. His first marriage was to Sandra Adelson, and they had three adopted children, Mitchell, Shelley, and Gary. Mitchell Adelson died of a drug overdose in 2005. Sandra and Sheldon divorced in 1988, and in 1991 he married Miriam Farbstein Ochshorn, a noted Israeli doctor.

In addition to being known for his casino empire, Adelson was a major donor to Republican causes and candidates â€” despite being raised in a Democratic-leaning household. In a 2012 Wall Street Journal op-ed, he pointed to his belief that the Democratic Party was shifting away from Israel as one reason for his changing political ideologies. Others claimed in a 2008 New Yorker piece that the switch came due to an anti-union stance and a desire to pay fewer taxes.

Adelson donated to former House Speaker Newt Gingrich’s 2012 presidential campaign, before supporting the GOP presidential nominee Mitt Romney. During the 2016 presidential campaign, he sat out the GOP primary. However, in September 2016 he donated $US2o million to a PAC supporting then-candidate Donald Trump â€” the largest donation to either party during that election cycle. He also donated $US5 million to Trump’s inaugural committee â€” again the largest such donation.

During the 2018 elections, he donated $US122 million to Republican organisations. Recently, he has also donated to efforts that sought to halt certain state’s legalization of marijuana, citing his own son’s death.

Adelson was also involved in the newspaper business. In 2015 he purchased the Las Vegas Review-Journal newspaper through the News + Media Capital Group LLC. The move was controversial, and since his ownership, multiple journalists at the newspaper have resigned over “curtailed editorial freedom,” NPR reported in 2016. The newspaper endorsed Trump in 2016. Adelson also owned a newspaper in Israel.

Israel-related and Jewish organisations were major recipients of philanthropic donations. He donated more than $US410 million to Birthright Israel â€” an organisation that funds trips for young Jews to travel to Israel â€” around $US50 million to Yad Vashem the Holocaust museum and memorial in Israel, and was a large donor to the American Israel Public Affairs Committee (AIPAC).

He and his businesses were not without controversy and litigation. A long-running suit began in 2004 when Hong Kong businessman Richard Suen, seeking compensation for allegedly helping Adelson secure his business in Macau, sued Adelson and the company.

In late February 2019, it was revealed that Adelson was undergoing treatment for non-Hodgkin’s lymphoma, which restricted “his ability to travel or keep regular office hours,” but did not interfere with his duties as CEO and chairman of Las Vegas Sands.

The revelation came after his lawyer James Jimmerson told the court about the “dire nature of Mr. Adelson’s condition,” saying Adelson could not sit for a deposition related to the lawsuit filed by Suen and his company, Round Square.

Adelson also suffered from peripheral neuropathy, which limited his mobility.

He resided in Las Vegas, Nevada and is survived by his wife Miriam, his children Gary and Shelley Adelson, and stepdaughters Sivan Ochshorn Dumont and Yasmin Lukatz.