Shanghai's airport — the 11th-busiest in the world — ringfenced 17,700 employees for COVID-19 testing after finding 5 positive cases linked to the cargo unit 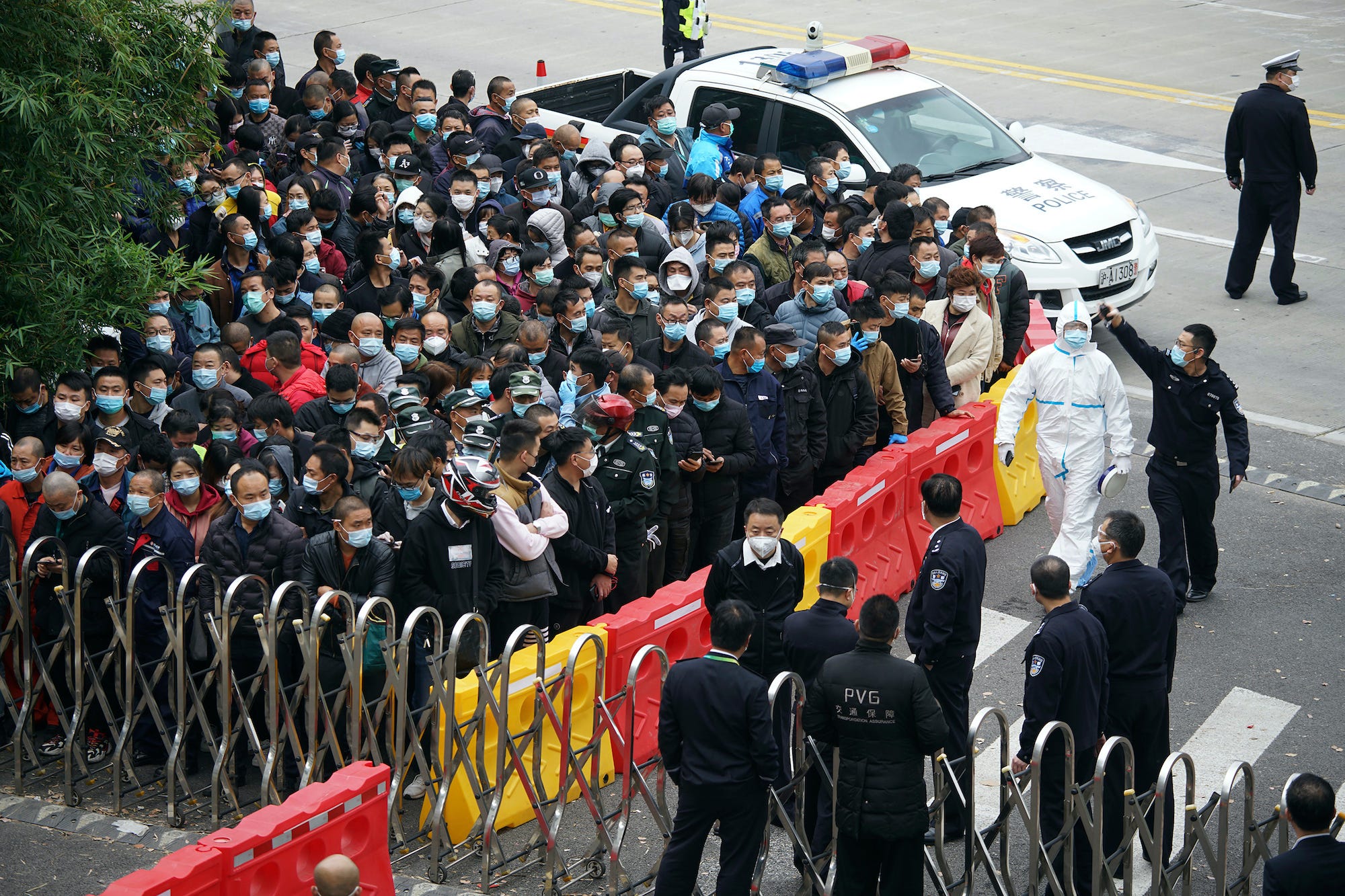 AP PhotoAirport staff wait for COVID-19 tests at a parking lot at the Shanghai Pudong International Airport on November 23, 2020.

A major Chinese airport isolated and tested more than 17,700 employees for COVID-19 after finding a handful of positive cases in the cargo unit, state media reported.

Photos and videos appeared to show medical personnel herding a massive crowd inside a sealed queue at a parking lot at Shanghai Pudong International Airport. 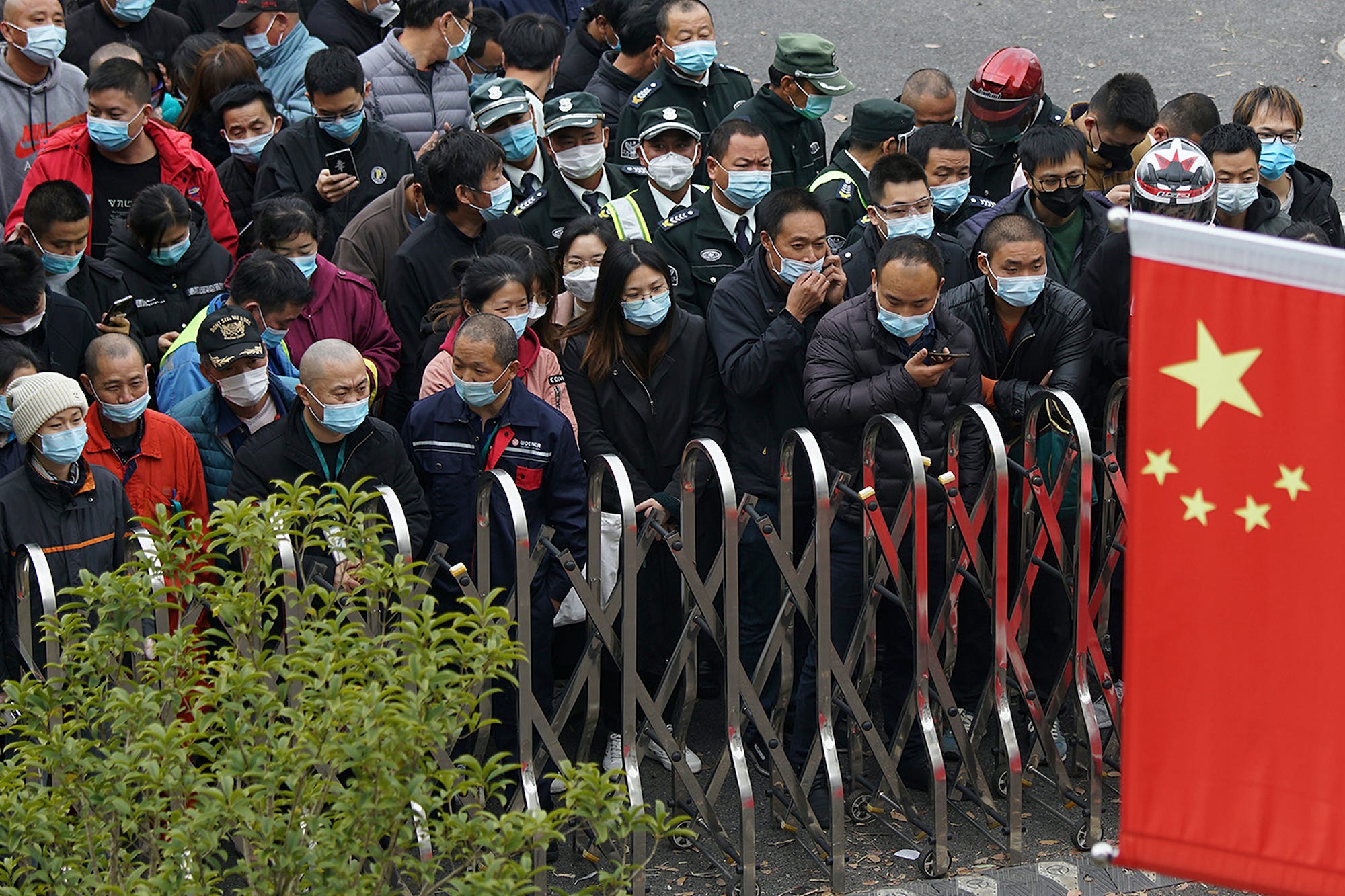 The drastic move was taken after authorities identified five positive cases linked to the airport, state media reported, adding that three of them were airport workers and the two others were spouses. The earliest of those five cases was found on November 9, the outlet added.

Two of those cargo employees worked for UPS and FedEx, Agence France-Presse reported.

As a result, 277 flights into the airport were cancelled on Sunday night and, on Tuesday, at least 500 flights were cancelled, according to AFP.

The mass testing drive began at 3 p.m. on Sunday and was completed on Monday afternoon, AFP reported. A total of 17,719 airport employees were tested in the overnight drive, the state-affiliated Shanghai Eye reported.

Since then, a total of seven confirmed COVID-19 cases have been found to be linked to the airport, the state-run Global Times tabloid and AFP reported.

A number of videos circulating on social media appeared to show a crowd of distressed workers being corralled by medical staff in white protective suits.

The footage stands in stark contrast to a video posted on Twitter by the Global Times on Monday, which showed employees patiently lining up for their tests, set to a background of calming piano music.

#Shanghai Pudong Airport started on Sunday night testing all staff after the airport found several cargo handlers and close contacts tested positive for the #coronavirus over the past several days. https://t.co/nQvgzTxYvb pic.twitter.com/hqoA1H8cpk

It is not clear whether the workers are still in the airport, quarantined, or allowed to return home. According to The Washington Post, a representative for the airport declined to say on Monday.

On Monday, Zhou Junlong, the vice president of the Shanghai Airport Authority, said high-risk cargo workers would be given a shot of one of China’s emergency-approved coronavirus vaccines, the South China Morning Post reported. 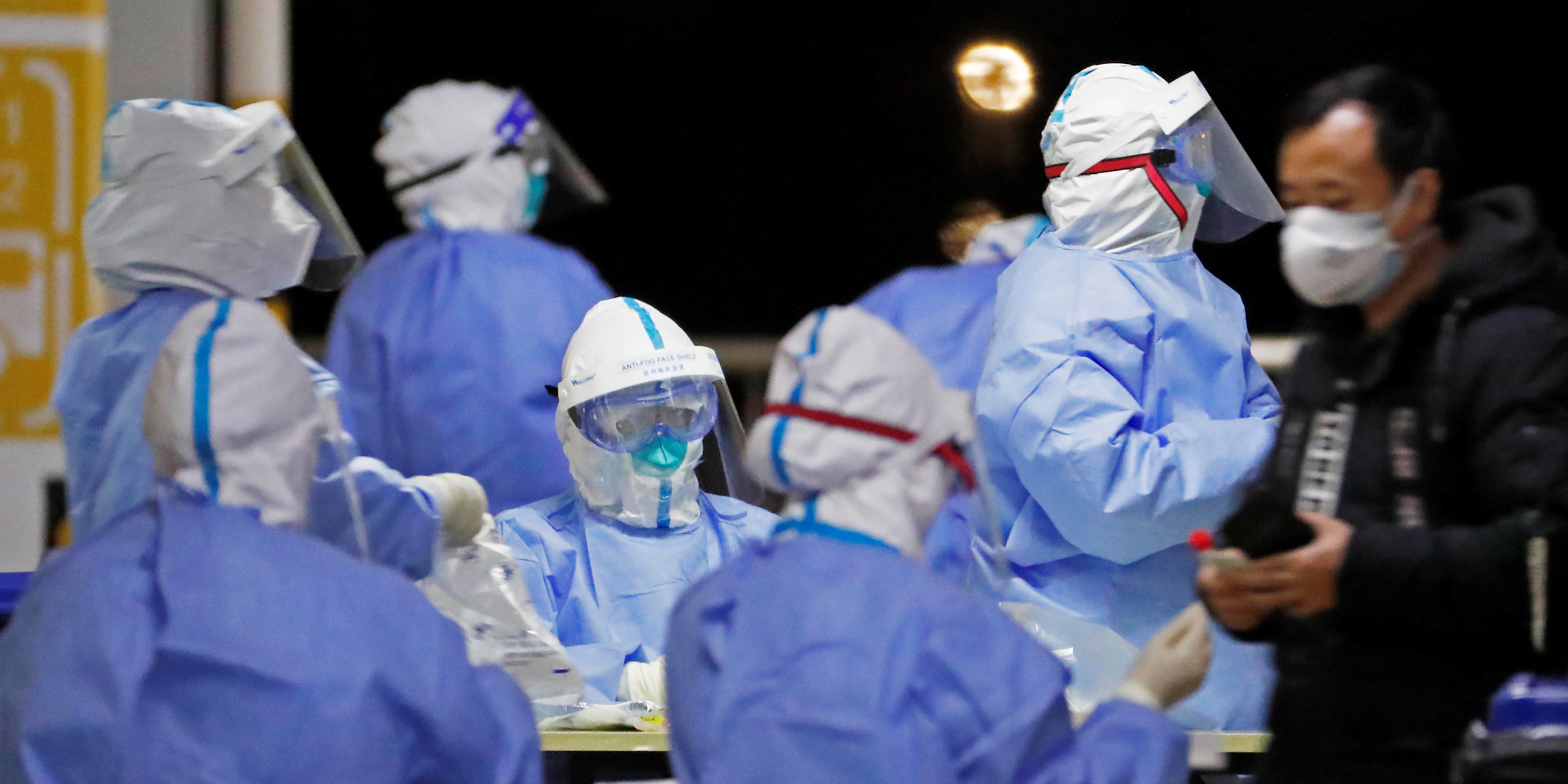 Authorities across China are no stranger to processing thousands of COVID-19 tests in hours, as a hallmark of China’s response to the coronavirus pandemic has been a commitment to mass testing drives.

On October 9, the eastern city of Qingdao announced it would test all 9 million residents for the coronavirus in a five-day blitz after identifying 12 new cases linked to a local hospital.

Before that, in May, Wuhan tested all of its 11 million residents over a 10-day period following a batch of new cases.