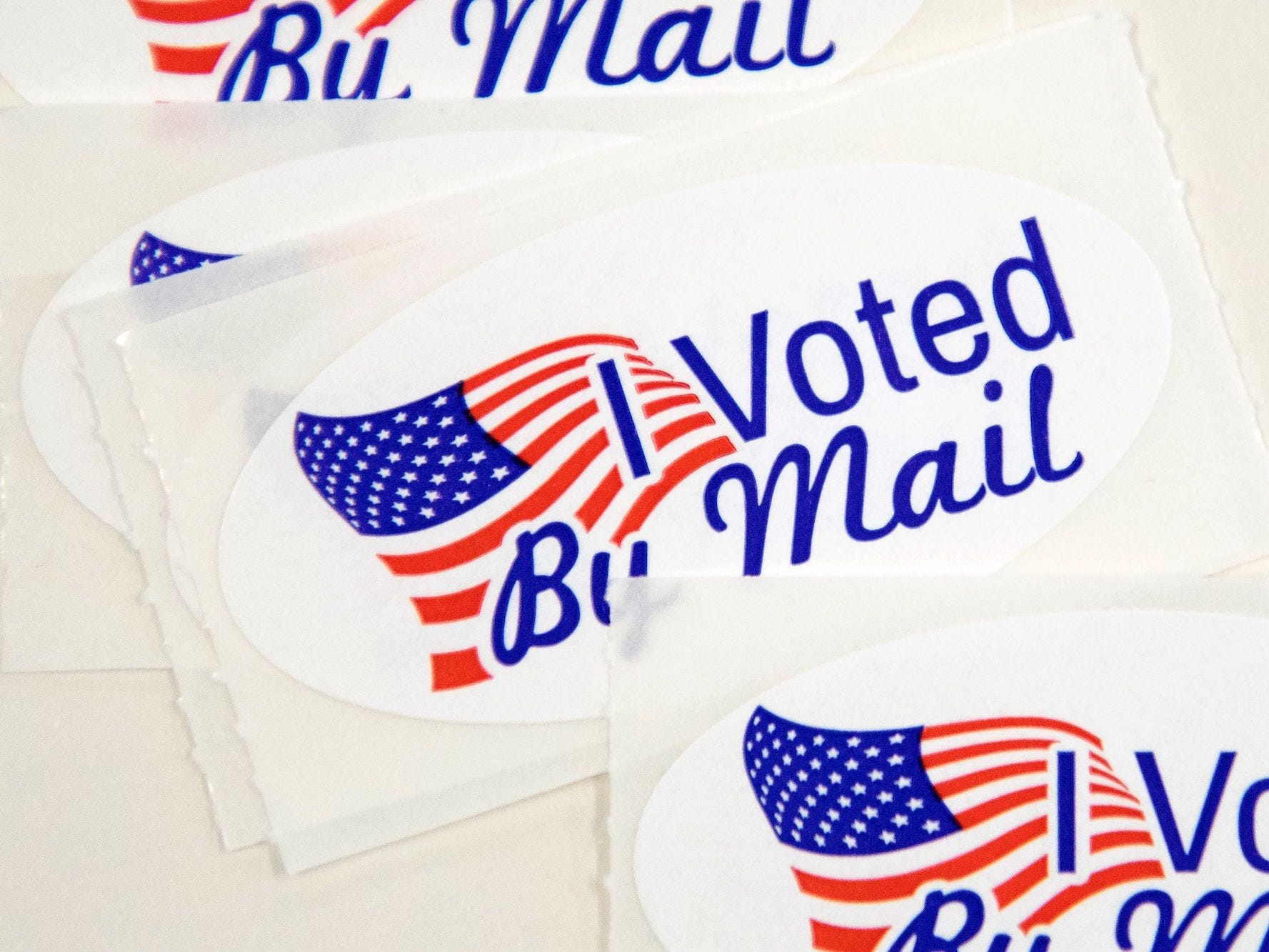 Logan Cyrus/AFP via Getty ImagesStickers that read ‘I Voted By Mail’ sit on a table waiting to be stuffed into envelopes by absentee ballot election workers at the Mecklenburg County Board of Elections office in Charlotte, NC on September 4, 2020. –

Seven Pennsylvania counties will begin counting mail-in ballots once Election Day is over.

Pennsylvania counties including Beaver, Cumberland, Franklin, Greene, Juniata, Mercer, and Montour, said they will not plan to process mail-in-ballots until after Election Day, publications including NBC News and CBS News reported. These counties cited staffing and resource limitations as the cause for delay, according to NBC News.

All seven counties voted for President Donald Trump in the 2016 election.

Meanwhile, Pennsylvania Secretary of State Kathy Boockvar, who is the state’s highest election official, is urging the counties to “get started as early as humanly possible” on Election Day, according to CBS News.

Pennsylvania is a key swing state in the 2020 election, and does not allow officials to process mail-in ballots prior to Election Day which means it could take longer to report results,Business Insider’s Grace Panetta previously reported.

During this election that is expected to see an unprecedented number of mail-in ballots in the wake of the pandemic, vote-counting is a highly-disputed issue.

Trump has previously suggested courts should not count votes after Election Day, even if this has been a legitimate, normal part of the electoral process, Business Insider’s John Haltiwanger previously reported.According to an Axios report, Trump plans to declare victory on the evening of Election Day even if large numbers of uncounted votes could impact a pending outcome. However, the president falsely claiming he won the election early has no legal impact on the race being called and will not stop the ballots from being tallied.

Meanwhile, Business Insider’s Eliza Relman previously reported Democrats fear of the misinformation and chaos that may loom with the delays in vote count. Democrats are more likely than Republicans to vote by mail, according to a poll from The Economist and YouGov, and have shown a lead in mail-in ballots.

Many have warned against Republican proposals regarding how states should count mail-in ballots with concerns of voter suppression; for example, former Democratic presidential candidate Pete Buttigieg spoke on CNN on Sunday to criticise the Trump campaign for “turning to the idea of suppressing voters,” citing Republicans’ call for a county in Texas to reject ballots from drive-through voting.