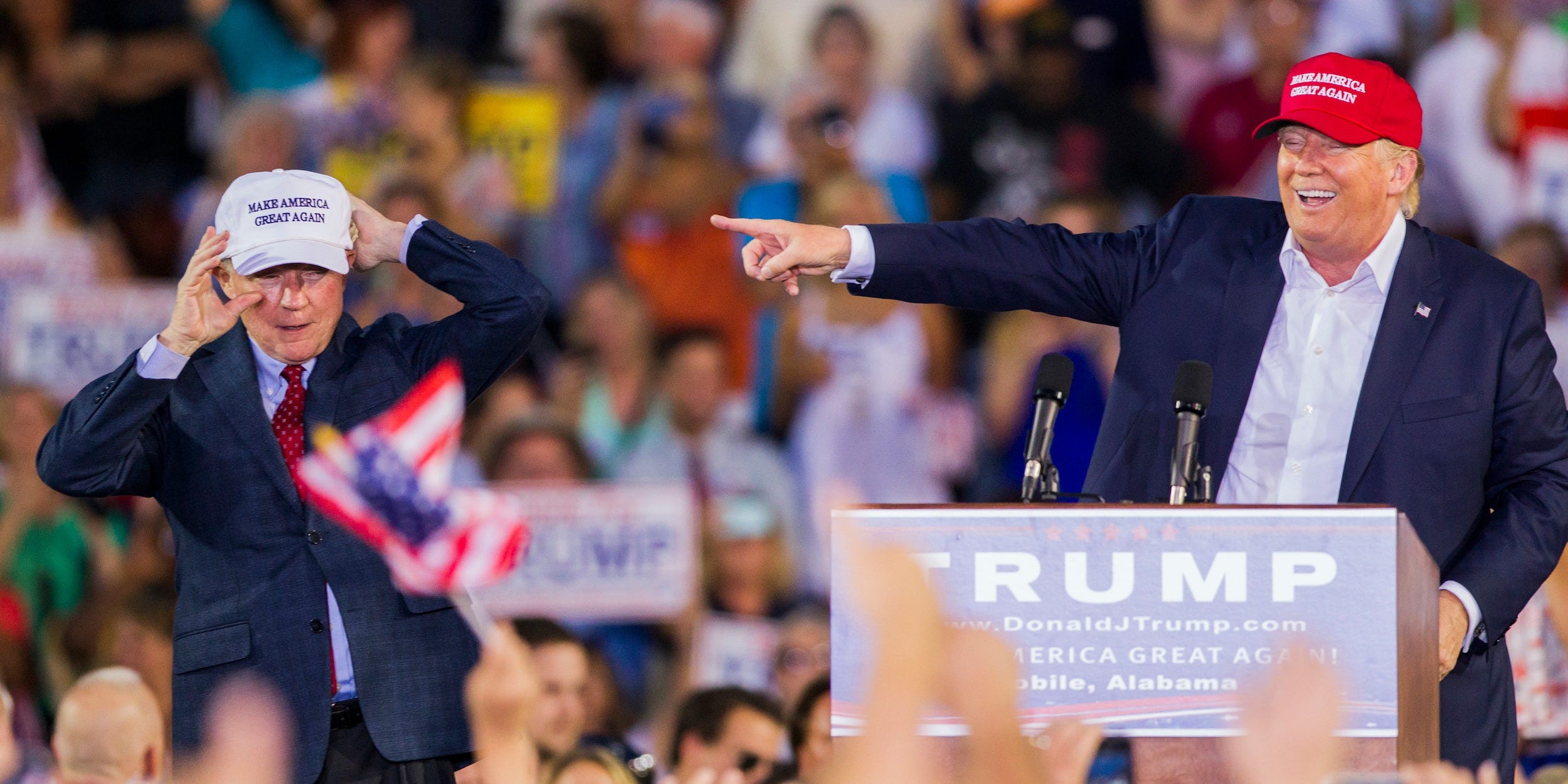 Alabama Senate candidate and former Attorney General Jeff Sessions not only remains loyal to President Donald Trump, but compared him in a positive light to dictators and called his widely condemned church photo-op as proof the president is “a defender of the faith.”

Sessions was referring to the incident on June 1, where peaceful protesters were tear gassed and shot with rubber bullets so Trump could walk unimpeded to hold a random Bible in front of St. John’s Church across from the White House.

In a New York Times interview, Sessions compared Trump to Egyptian dictator Abdel Fattah el-Sisi to defend the photo-op incident, which led several high ranking former military officials to speak out against the US president.

“You asked how Christians could support Trump,” Sessions told the Times’ Elaina Plott, drawing a parallel between Trump and el-Sisi.

“It’s not a democracy – [el-Sisi]’s a strongman, tough man, but he promised to protect them,” Sessions said. “And they believed him, because they didn’t want the Muslim Brotherhood taking over Egypt. 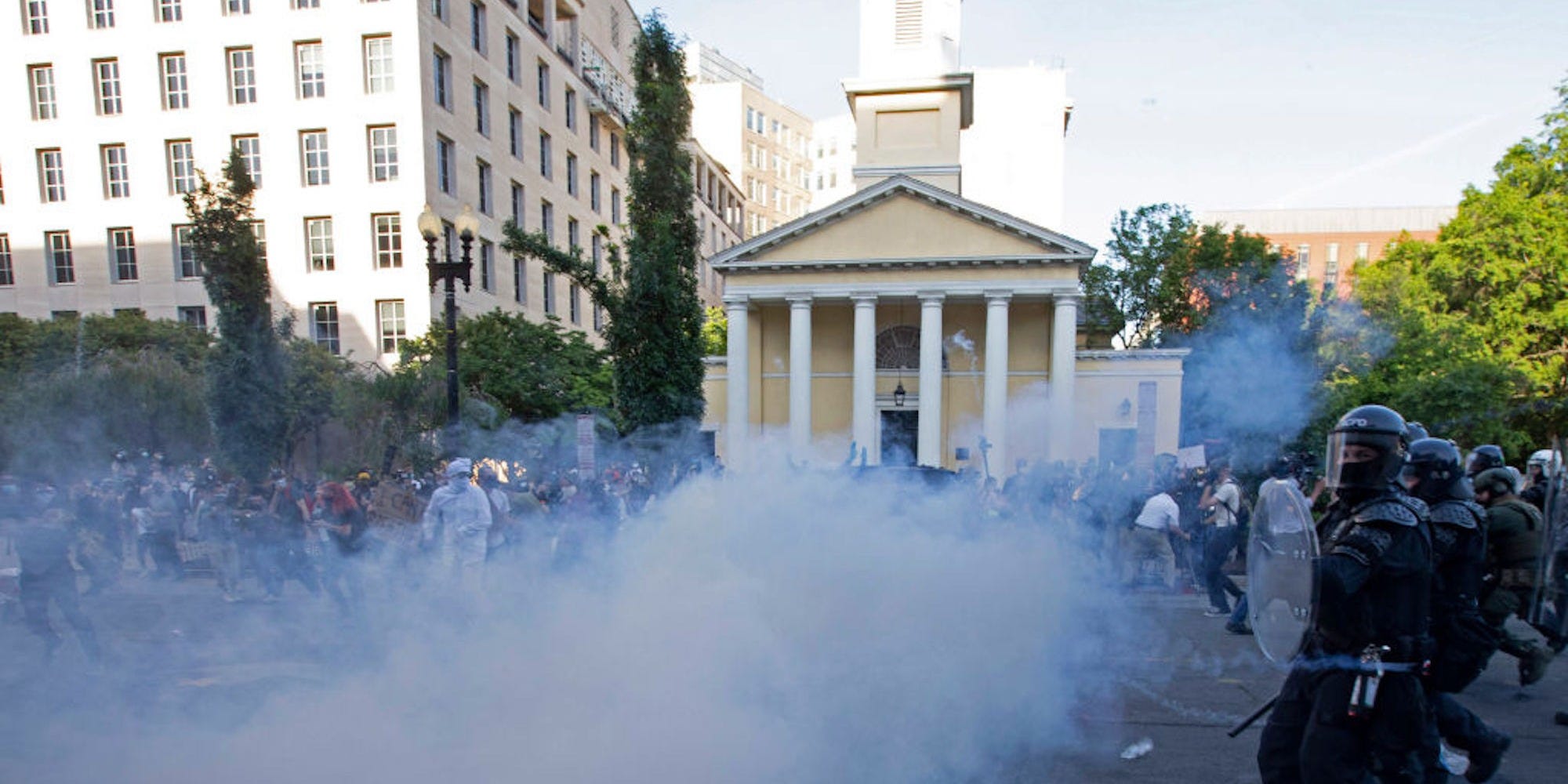 JOSE LUIS MAGANA/AFP via Getty ImagesPolice officers wearing riot gear push back demonstrators shooting tear gas next to St. John’s Episcopal Church outside of the White House, June 1, 2020 in Washington D.C., during a protest over the death of George Floyd. 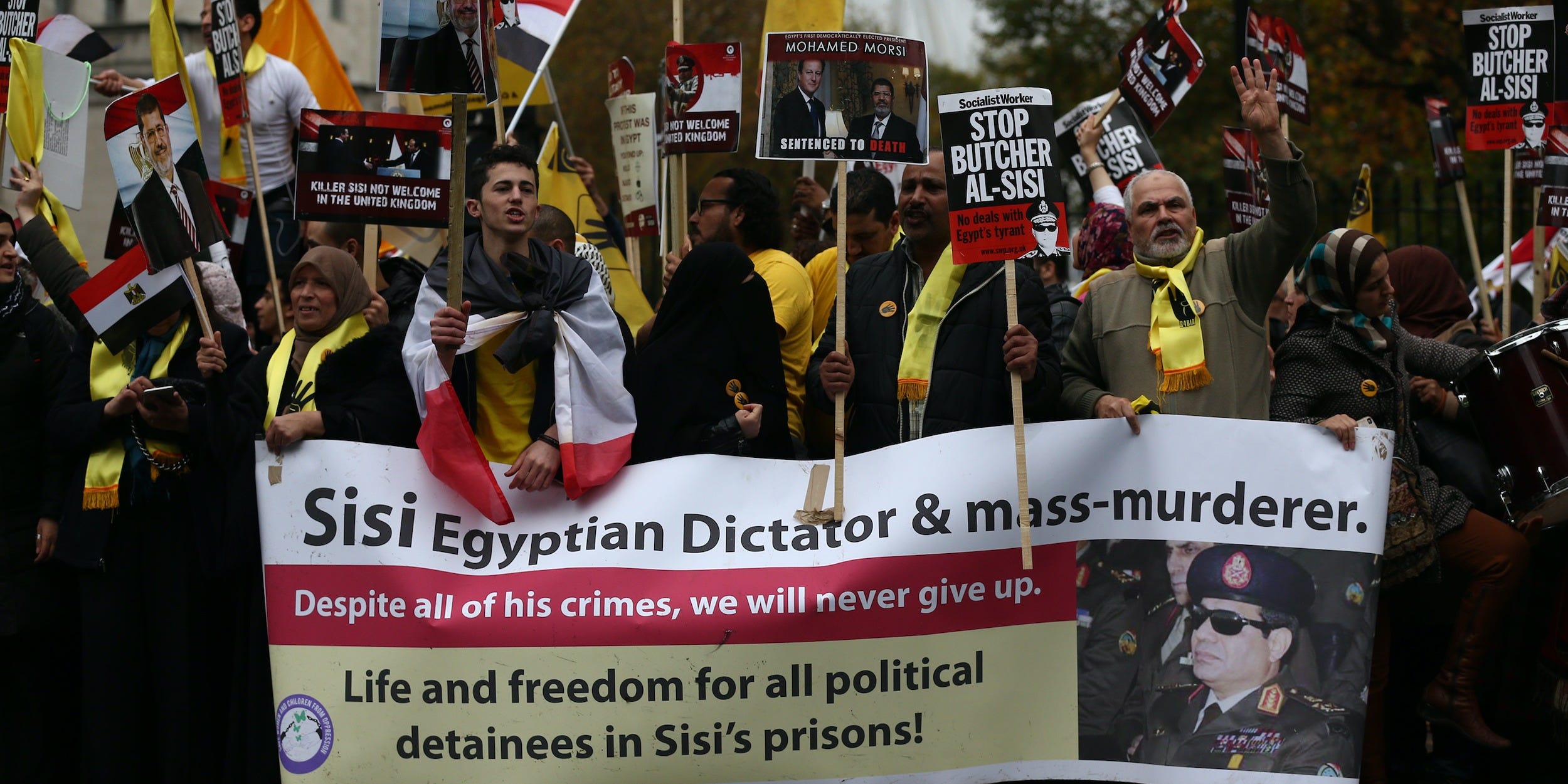 Photo by Carl Court/Getty ImagesDemonstrators protest against Egypt’s President Abdel Fattah el-Sisi ahead of his visit to meet Prime Minister David Cameron in Downing Street on November 5, 2015 in London, England.

“Because they knew they’d be vulnerable. They chose to support somebody that would protect them. And that’s basically what the Christians in the United States did. They felt they were under attack, and the strong guy promised to defend them. And he has.”

Upon making the comparison, Sessions mocked those who condemned Trump’s crackdown.

Plott added some visual details from the interview with Sessions, who sat across from her in the booth of an Alabama Ruby Tuesday.

“‘He came out there with that Bible,’ Sessions said, ‘and so all the Episcopal bishops said: “Ohhh! Horrible!” You know? But this was a defender of the faith.’ He continued in a faux tone of dismay: ‘”Ohhh, his heart’s not right. He shouldn’t have held that Bible up. …” Oh, that’s malarkey.’ Sessions rolled his eyes. ‘Just a bunch of socialist leftists.'”

Sessions also defended Trump’s approach to Syria, arguing that its genocidal dictator, Bashar al-Assad, is the best person to remain in power when it comes to the interests of the United States.

Once again, the defence of Christians came to the fore.

“And you know who we want to run Syria? Assad. We are hoping that somehow he can get back in control. And there was no terrorism, no ISIS when he ran the place,” Sessions said, despite ISIS emerging while Assad was in power. “He’d kill ’em. And if you didn’t cross him, he wouldn’t kill you. And he protected Christians; they were a part of his coalition.”

Despite Trump’s incessant bullying of Sessions for recusing himself from the Russia investigation while he was newly minted as AG, the Alabaman was just as unrelenting in his defence of the president.

“He thinks what was done to him was wrong, and he thinks I could have stopped it,” Sessions said. “And he’s not interested in details.”