The Senate voted to progress Biden's $1.9 trillion COVID-19 stimulus in an all-night session where VP Harris was the tiebreaker 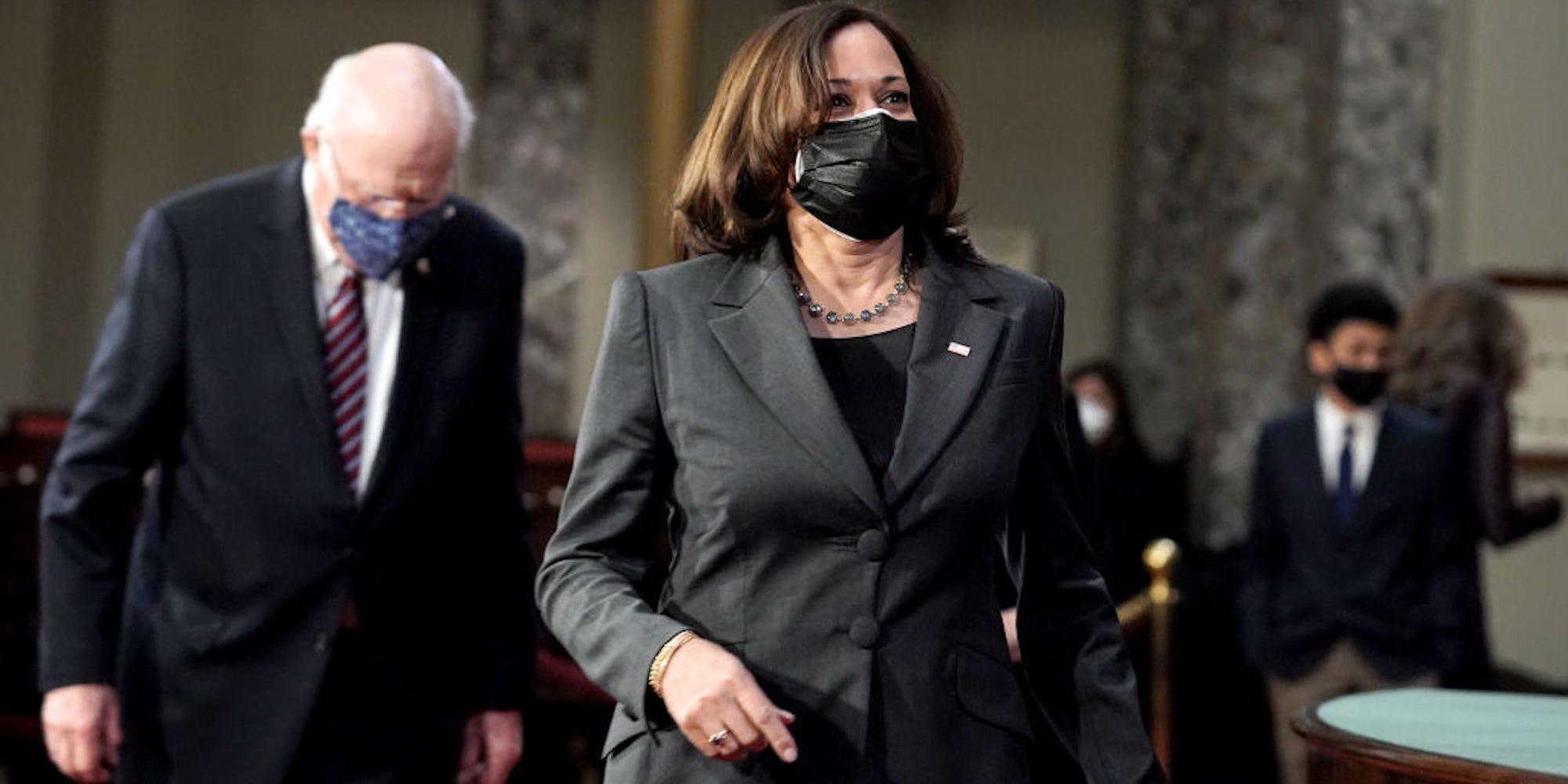 Greg Nash-Pool/Getty ImagesVice President Kamala Harris at the US Capitol on Thursday.

The US Senate early Friday morning passed a budget resolution that paves the way for Congress to approve President Joe Biden’s $US1.9 trillion stimulus bill.

The vote was split along party lines, with Vice President Kamala Harris casting the deciding vote for the resolution to be approved 51 votes to 50 at about 5:35 a.m.

It was Harris’ first tiebreaking Senate vote as vice president, with the Senate evenly split between Democrats and Republicans.

The resolution allows Democrats to pass Biden’s stimulus bill with no GOP support.

With the tool, Democrats could pass the spending package with a simple majority, preventing Republicans from deploying tactics that would have required 60 votes to override.

The resolution was passed as part of an all-night marathon of amendment votes known as a “vote-a-rama.”

It will now be sent to the Democratic-controlled House of Representatives for ratification.

The process by lawmakers and government officials of crafting Biden’s relief bill can now begin in earnest. Biden is still seeking bipartisan backing for the package meant to address the economic effects of the coronavirus.

Compromises could still be reached with GOP senators that would allow the bill to be passed without a need for the resolution tool approved Friday.

The size and scope of direct payments to Americans are among the issues under negotiation. Biden is pushing for $US1,400 stimulus checks, but Republicans want the amount lowered to $US1,000. Biden appears to be standing firm on the amount but is thought to be willing to tighten the eligibility for that amount based on income.

Democrats are aiming to push through the bill by March 14, when special unemployment benefits expire unless Congress acts to renew them.