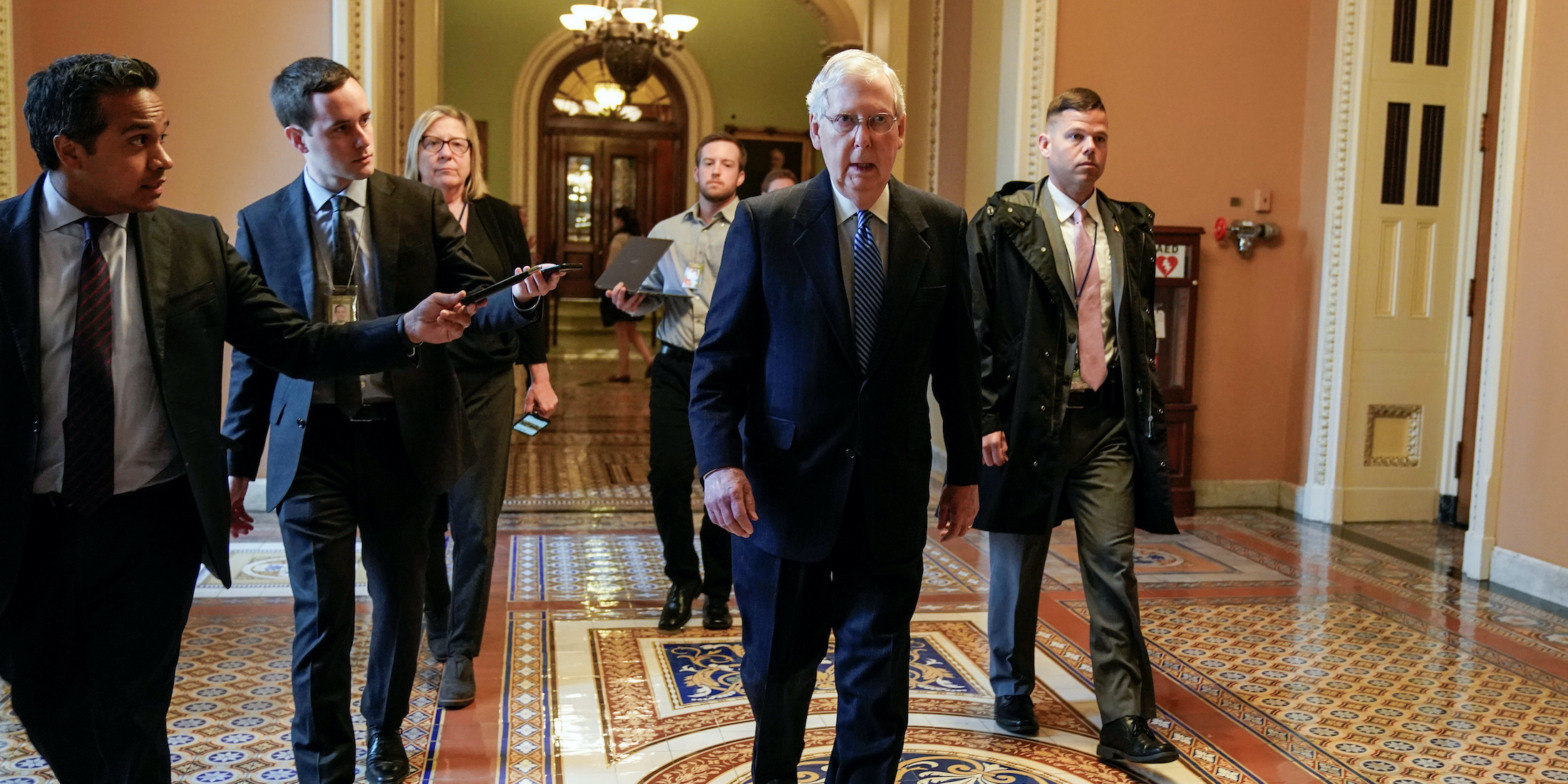 The Senate passed the Coronavirus Aid, Relief, and Economic Security Act, or CARES Act, on Wednesday, advancing legislation meant to bring financial relief to Americans and businesses hammered by the coronavirus and its economic toll.

The fiscal package passed 96 to zero at about 11:50 p.m. ET. The stimulus measure includes direct payments worth $US1,200 to millions of Americans and would boost unemployment benefits and shore up hundreds of billions of dollars’ worth of loans for ailing businesses.

It allocates about $US150 billion to hospitals and healthcare workers for equipment. US airlines hammered by the virus and resulting travel shutdowns would receive $US50 billion in loans. Democrats won a set of stricter guidelines for how corporations could receive and benefit from emergency loans issued by the Treasury Department.

President Donald Trump and leading Republicans called for the measure to reach the White House by the end of Monday, a lofty goal still deemed too late by economists monitoring the coronavirus’ rapidly escalating fallout. Failures to move the bill forward Sunday and Monday pushed deliberations past the administration’s deadline.

Read more: The ‘trade of the century’: 2 hedge-fund managers break down a simple investing strategy built to profit from wreckage caused by the coronavirus

The White House and the Senate reached a deal early Wednesday morning on the recovery package, teeing the bill up for passage later in the day. Schumer deemed the legislation an “outstanding agreement,” while Senate Majority Leader Mitch McConnell said it represented a “wartime level of investment for our nation.”

The bill must now pass in the House of Representatives before reaching Trump’s desk to be signed into law.

Stocks posted an 11% recovery in Tuesday’s session on fresh hopes for the bill’s passage, but few specifics on the legislation’s timeline or new measures arose through the session. Tuesday’s gain was the Dow Jones Industrial Average’s largest since 1933.

While investors have waited on the White House to bring forth fiscal relief, the Federal Reserve has unleashed a salvo of policy tools meant to ease money markets. The central bank cut its benchmark interest rate close to zero on March 15 after an emergency cut two weeks prior. The Fed’s New York branch shored up liquidity through several trillion dollars’ worth of capital injections spread throughout the month.

In its latest effort to combat the virus’ economic hit, the bank on Monday announced plans for unlimited asset purchases to “support smooth market functioning and effective transmission of monetary policy,” according to a statement. Three loan facilities to support businesses, consumers, and employers will be established, and an additional Main Street Business Lending Program will be announced in the near future, the Fed said.

: Morgan Stanley studied decades of recession history to compile a playbook for what to buy during and after a stock bear market – and when to do it