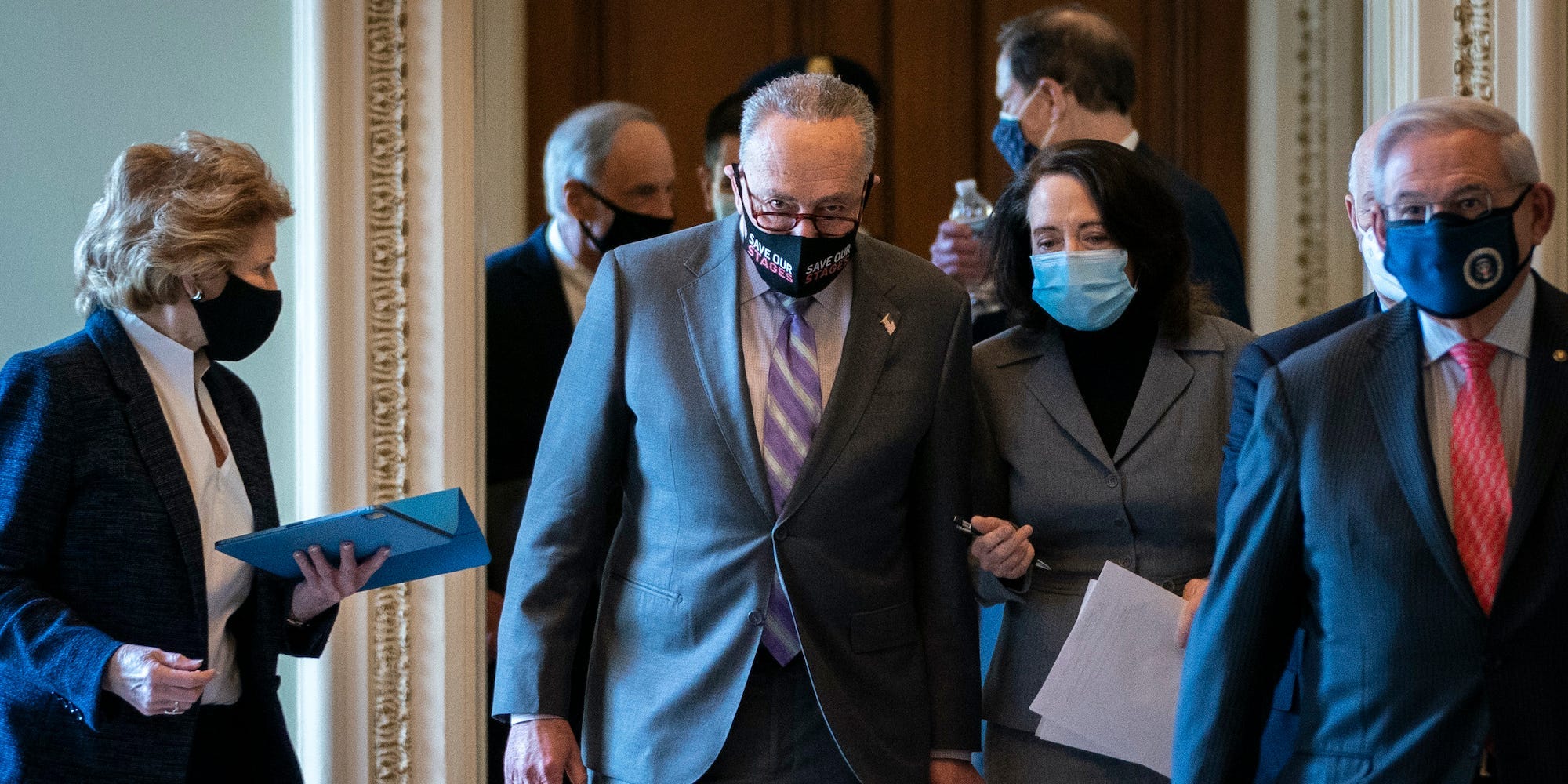 Senate Democrats are preparing to advance the $US1.9 ($2) trillion stimulus bill this week as efforts to push through a $US15 ($19)-per-hour minimum wage with a new tax penalty for large corporations crumbled over the weekend.

“The Senate will take up the American Rescue Plan this week,” Senate Majority Leader Chuck Schumer said on the Senate floor on Monday. “I expect a hearty debate and some late nights.”

It contains $US1,400 ($1,809) stimulus checks, $US400 ($517) federal unemployment benefits through August, $US350 ($452) billion in state and local government aid, and additional funds for virus testing and vaccines. No House Republican voted for the legislation.

The bill also contained a $US15 ($19)-an-hour minimum wage, though the Senate parliamentarian ruled the measure should be struck because it did not comply with certain budget rules governing the reconciliation process. That procedure allows Democrats to bypass Republicans and pass it with only 51 votes in the Senate.

Democratic efforts to salvage the provision with a new tax proposal collapsed in recent days since they are trying to pass the bill before a March 14 deadline for the expiration of enhanced unemployment insurance. The $US300 ($388) federal unemployment benefit starts to end at that date.

It appeared unlikely an alternative proposal would emerge due to the narrow timeline. “I support an increase in the minimum wage, but it clearly cannot be on this reconciliation bill,” Sen. Dick Durbin of Illinois told reporters on Monday.

A group of 23 progressive lawmakers in the House urged the Biden administration in a new letter to disregard the parliamentarian on Monday. “If we don’t overrule the Senate parliamentarian, we are condoning poverty wages for millions of Americans,” Rep. Ro Khanna of California said in a statement.

Not every Democrat supports an override, effectively blocking the move given their slim majority in the evenly-divided chamber. Vice President Kamala Harris holds the tie-breaking vote.

“The bill contains all kinds of liberal spending on pet projects with no relationship whatsoever on pandemic relief,” McConnell said during a floor speech.