Mitch McConnell just adjourned the Senate until November 9, ending the prospect of additional coronavirus relief until after the election 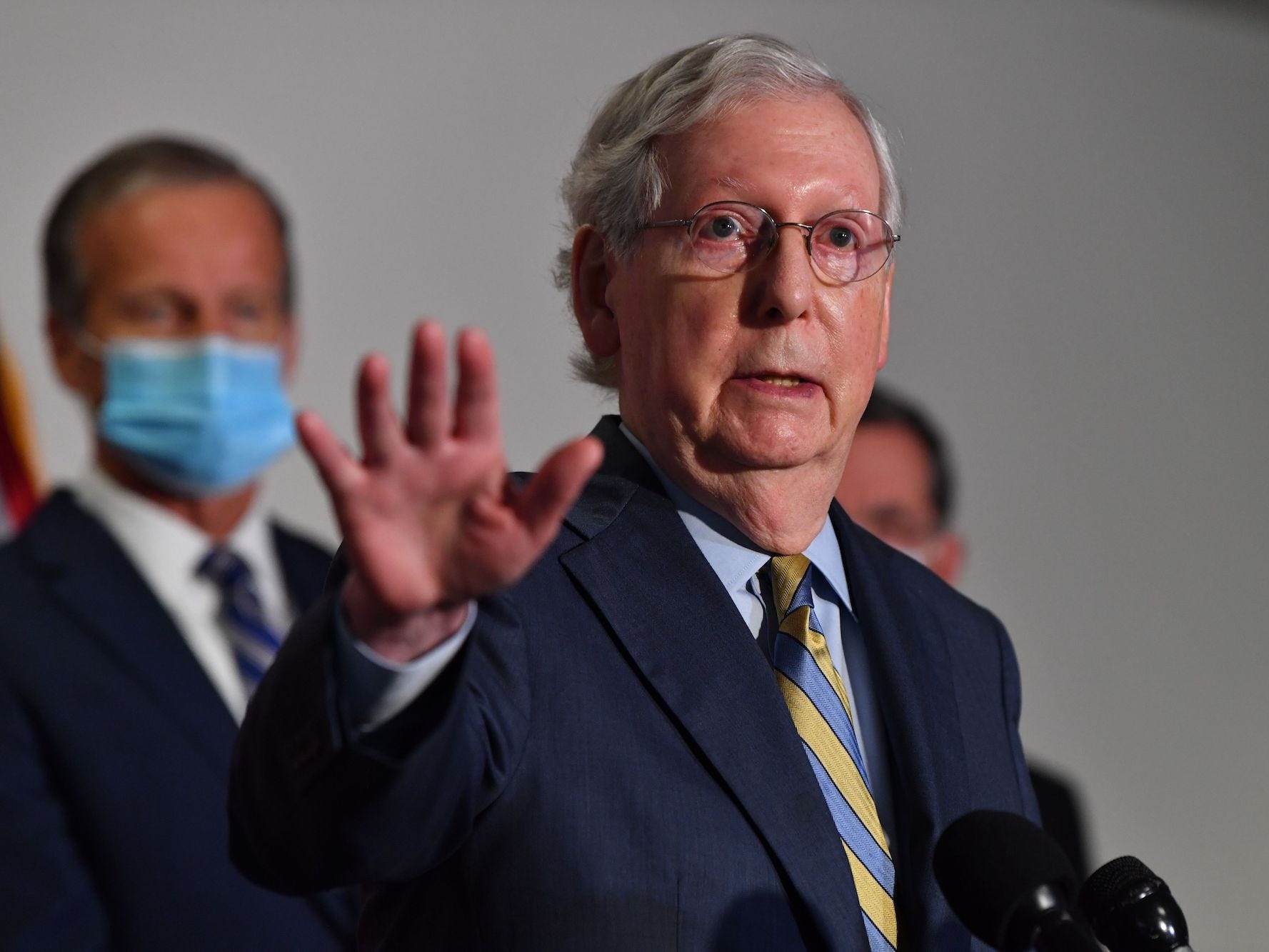 Photo by NICHOLAS KAMM/AFP via Getty ImagesUS Senate Majority Leader Mitch McConnell at a press conference at the US Capitol on September 22 in Washington, DC.

Senate Majority Leader Mitch McConnell on Monday motioned for the Senate to adjourn until November 9.

The move shuts down the Senate from doing any legislative business, including reaching a deal on additional coronavirus aid, until after voters have cast their ballots, and it comes on the heels of Monday’s 52-48 vote to confirm Judge Amy Coney Barrett to the US Supreme Court.

David Popp, a representative for McConnell, told Business Insider there was “nothing to add” to what he described as McConnell’s “extensive remarks on the continued Democrat filibuster on COVID relief in the Senate.”

“Today, we’re going to give the Republican majority in the Senate the opportunity to consider critical legislation that has so far languished in Leader McConnell’s legislative graveyard,” Schumer said in the statement, adding: “We should be doing that, not rushing through this nomination while people are voting, and want their choice listened to, not the Republican Senate choice.”

Republicans and Democrats have increasingly sparred as the election approaches, particularly over additional federal coronavirus relief and Barrett’s nomination.

On Friday, Democrats used a variety of procedural tactics in a last-ditch effort to stall Barrett’s confirmation, and the two parties have extensively rehashed talking points and arguments that have built up from decades of Supreme Court battles.

“You will never, never get your credibility back,” Schumer told Republicans in a speech on the Senate floor on Monday, warning the GOP that it had no right to tell Democrats how to run Congress next time Democrats were in power.

On coronavirus aid, the two parties have been unable to find enough common ground to reach a deal, with Republicans nixing proposals they describe as too expensive. McConnell effectively torpedoed a stimulus bill of $US1.8 trillion to $US2.2 trillion earlier this month that Democrats had been negotiating with the White House.

Republicans had instead insisted that a “skinny” bill of $US500 billion would be enough, but their proposal omitted aid to states as well as $US1,200 direct payments to taxpayers, both key Democratic priorities, and the Democrats ultimately tanked the measure last week.