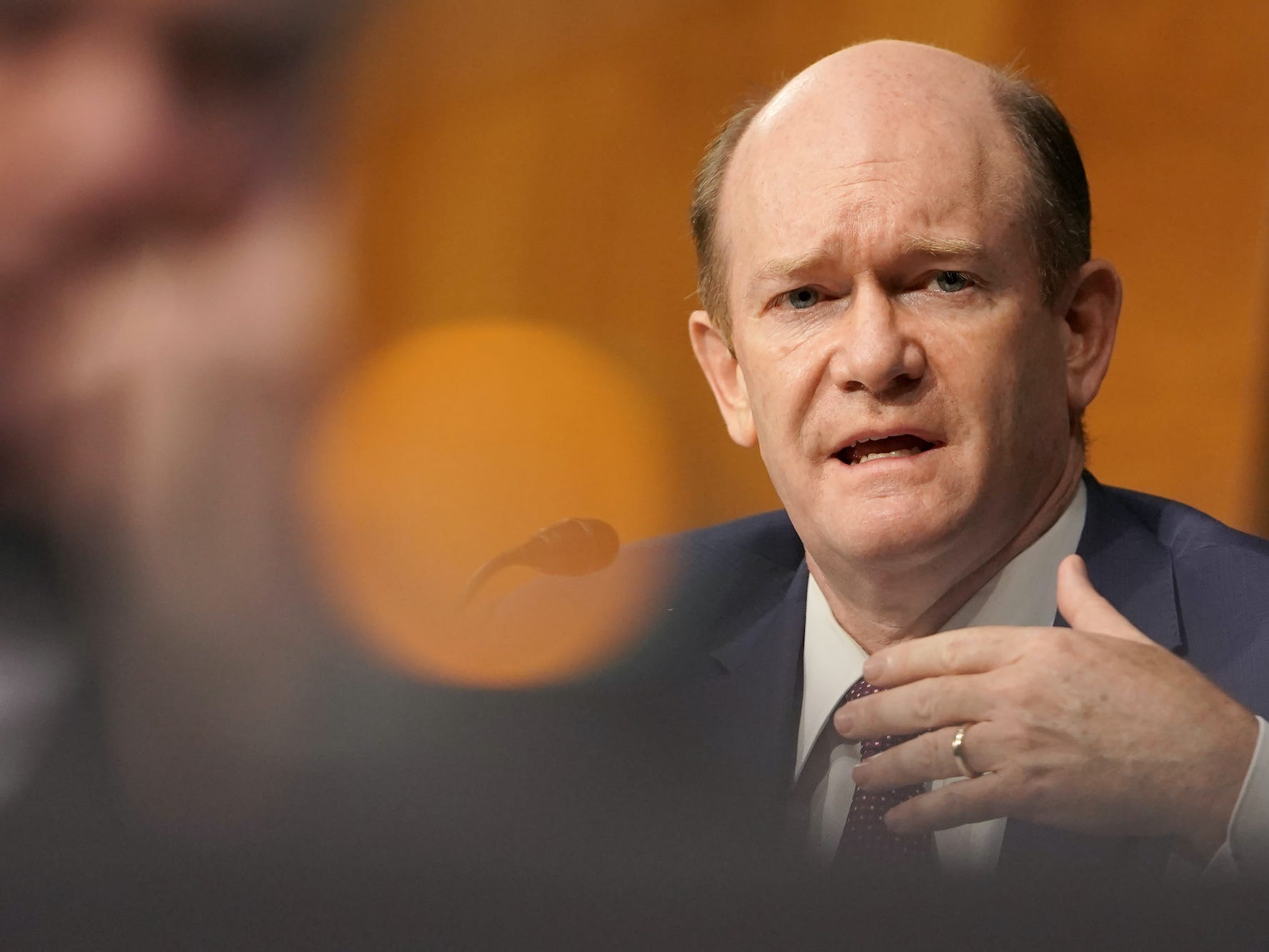 “We shouldn’t be having this hearing with two members of the committee infected with COVID. It’s rushed, it constitutes court-packing, and her views are too extreme to qualify her to serve on this court,” Coons, a member of the Senate Judiciary Committee, said in an interview with Chris Wallace on Fox News Sunday.

Coons also criticised Barrett’s views on the Affordable Care Act and Roe v. Wade “make her not qualified to serve on the Supreme Court,” he said.

“President Trump has said he would only nominate someone who would overturn the Affordable Care Act, taking away health care protections from 100 million Americans in the middle of a pandemic,” Coons said. “Both President Trump and members of the majority on this committee have said they would only vote for a nominee who will overturn Roe v. Wade.”

Less than a day after Trump nominated Barrett for SCOTUS, he tweeted that “Obamacare will be replaced with a MUCH better, and FAR cheaper, alternative if it is terminated in the Supreme Court. Would be a big WIN for the USA!”

Barrett is a well-known longtime opponent of the ACA. In 2012, she signed a petition against the ACA, claiming that the “Obama administration is compelling religious people and institutions who are employers to purchase a health insurance contract that provides abortion-inducing drugs, contraception, and sterilization” and calling it a “grave violation of religious freedom,” according to Newsweek.

Additionally, Barrett recently revealed previously omitted information that she signed an ad that opposed the Roe v. Wade ruling and calling it “infamous.” After two Republican senators of the Senate Judiciary Committee, Utah Sen. Mike Lee and North Carolina Sen. Thom Tillis, tested positive for the coronavirus, Senate majority leader Mitch McConnell announced recess in the Senate until October 19. However, Republican senators including McConnell and Judiciary Committee Chairman Lindsey Graham have been adamant about starting the confirmation hearings for Barrett on the intended date of Oct. 12.

A number of Democratic lawmakers have pushed against in-person hearings scheduled next week, citing safety and health concerns.

Coons called the Republicans’ push for the confirmation hearing as a “last desperate measure to jam someone onto the court to accomplish that goal by Supreme Court decision what they couldn’t accomplish by legislative action in the Congress.”