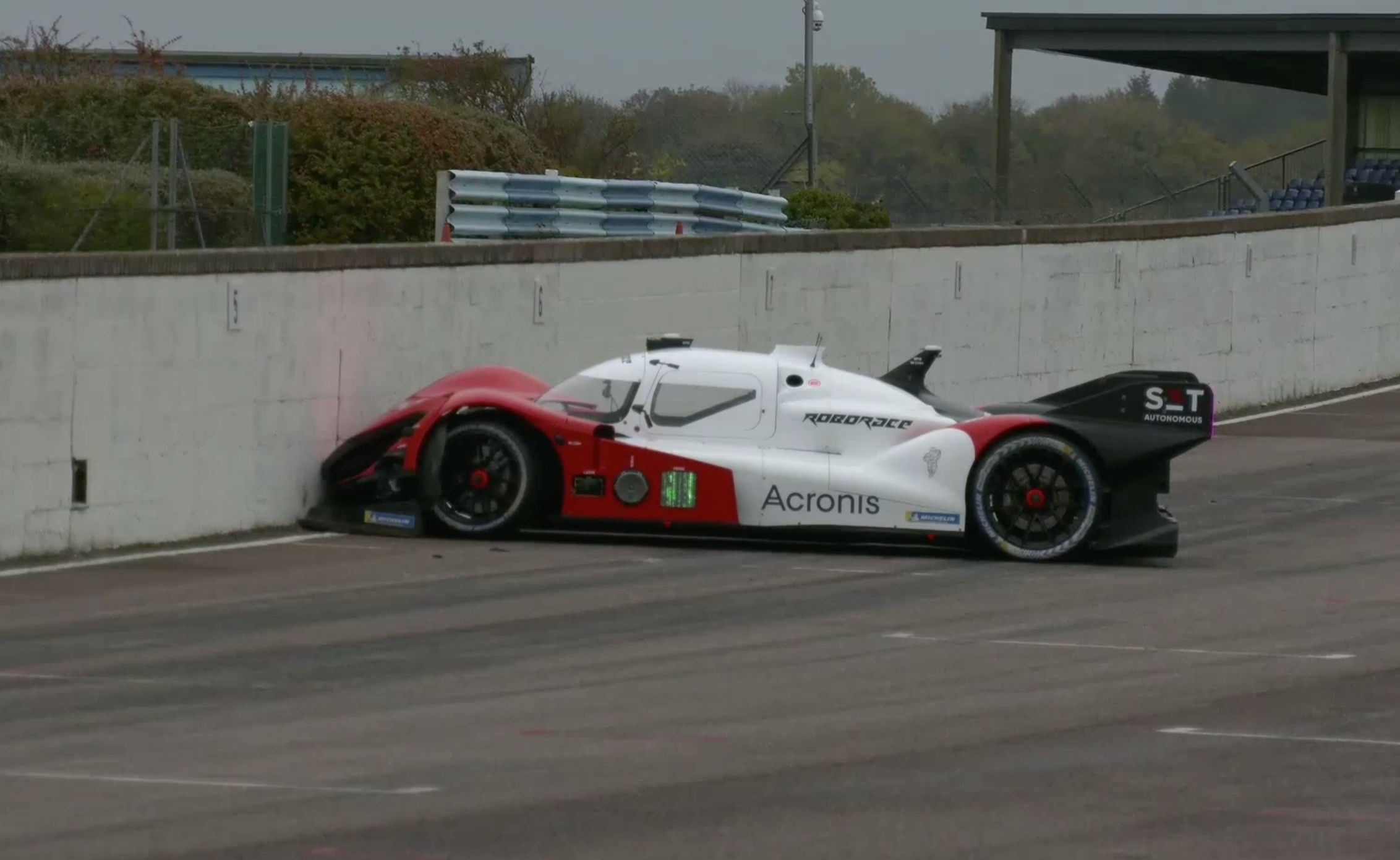 Although driver-assistance technology has advanced considerably, we’re still a long way away from cars that can truly drive themselves on public streets. Both Tesla’s Autopilot and Chevrolet’s Super Cruise â€” the two most advanced driver-assistance systems â€” require full human attention and can’t be used everywhere.

And a recent mishap at an autonomous racing event showcased just how challenging self-driving technology can be.

Roborace â€” a new autonomous racing series that’s still in its testing phase â€” streamed one of its first live events on Thursday, and one car didn’t make it far before crashing into a wall. The vehicle from Swiss team Acronis SIT Autonomous lined up to begin a lap but immediately turned 90 degrees and accelerated directly into a barricade, as seen in the video posted to Twitter below.

This is one of their first live-broadcasted events.

This was the second run.

It drove straight into a wall. pic.twitter.com/ss5R2YVRi3

And here it is from another angle:

To be fair, Roborace just began what it’s calling its Season Beta, after completing a Season Alpha last year, so these kinds of mishaps and learning experiences are par for the course.

The idea behind Roborace is to have teams each develop their own autonomous-driving software to run on identical vehicles. Currently, Roborace uses a vehicle called DevBot 2.0.

Recently Waymo announced it would begin sending driverless taxis around Phoenix, GM-owned Cruise announced plans to start driverless testing in San Francisco this year, and Tesla released a beta version of its “Full Self-Driving” feature to some drivers. But Thursday’s Roborace crash may serve as a reminder of how much progress still needs to be made when it comes to autonomous vehicles.