The 5 major differences between 'Selena: The Series' and the 1997 biopic starring Jennifer Lopez 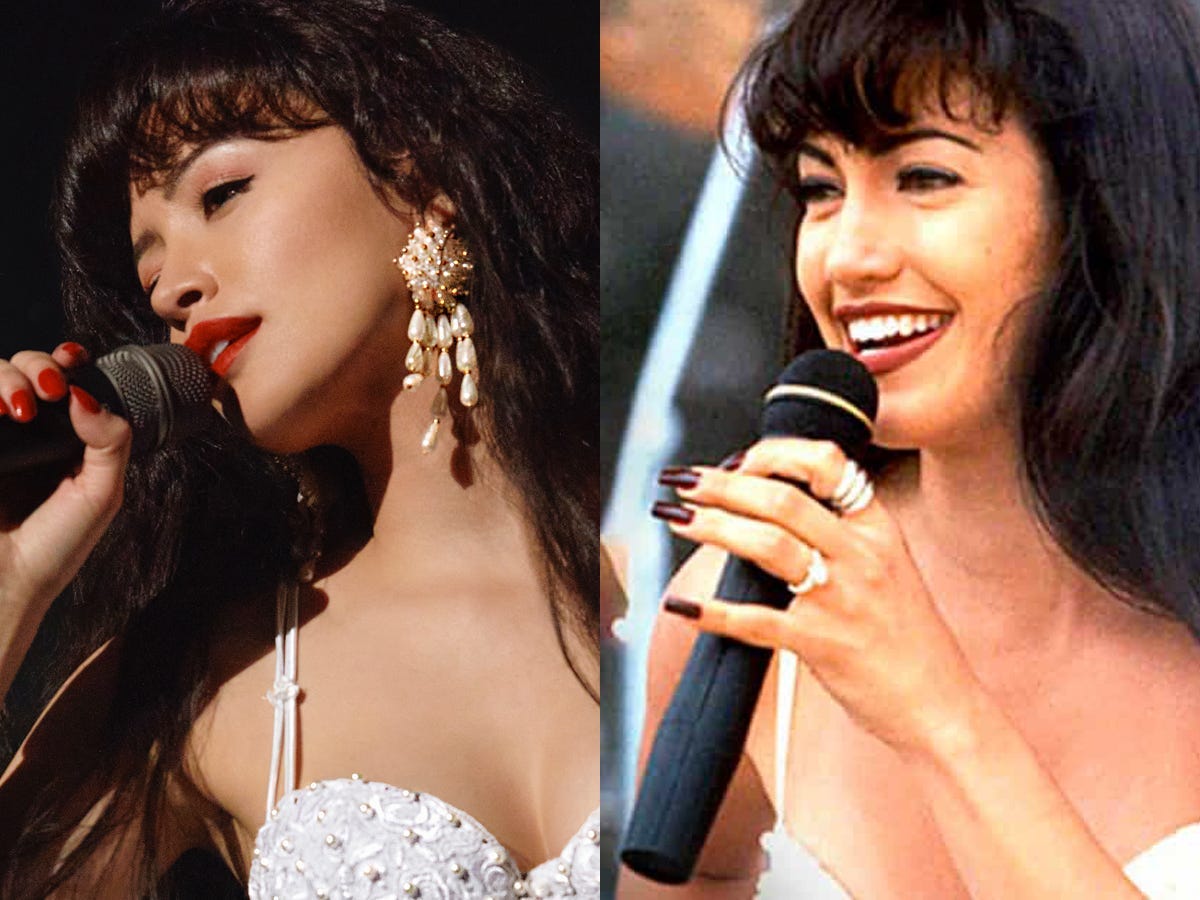 The film follows Quintanilla-PÃ©rez as she grows from an ambitious young girl to a Tejano superstar.

But the new Netflix show “Selena: The Series,” which premieres Friday on the streaming service, will also take an in-depth look at Quintanilla-PÃ©rez’s life, in addition to her untimely death, with Christian Serratos playing the singer.

While both the movie and the new show share the honour of retelling Quintanilla-PÃ©rez’s story, as well as have the support of the Quintanilla family, there are several key differences between the two.

Here are the major ways in which “Selena: The Series” differs from the 1997 film.

The 1997 film didn’t explore the Quintanilla-Pérez’s precarious financial situation as in-depth as the show. 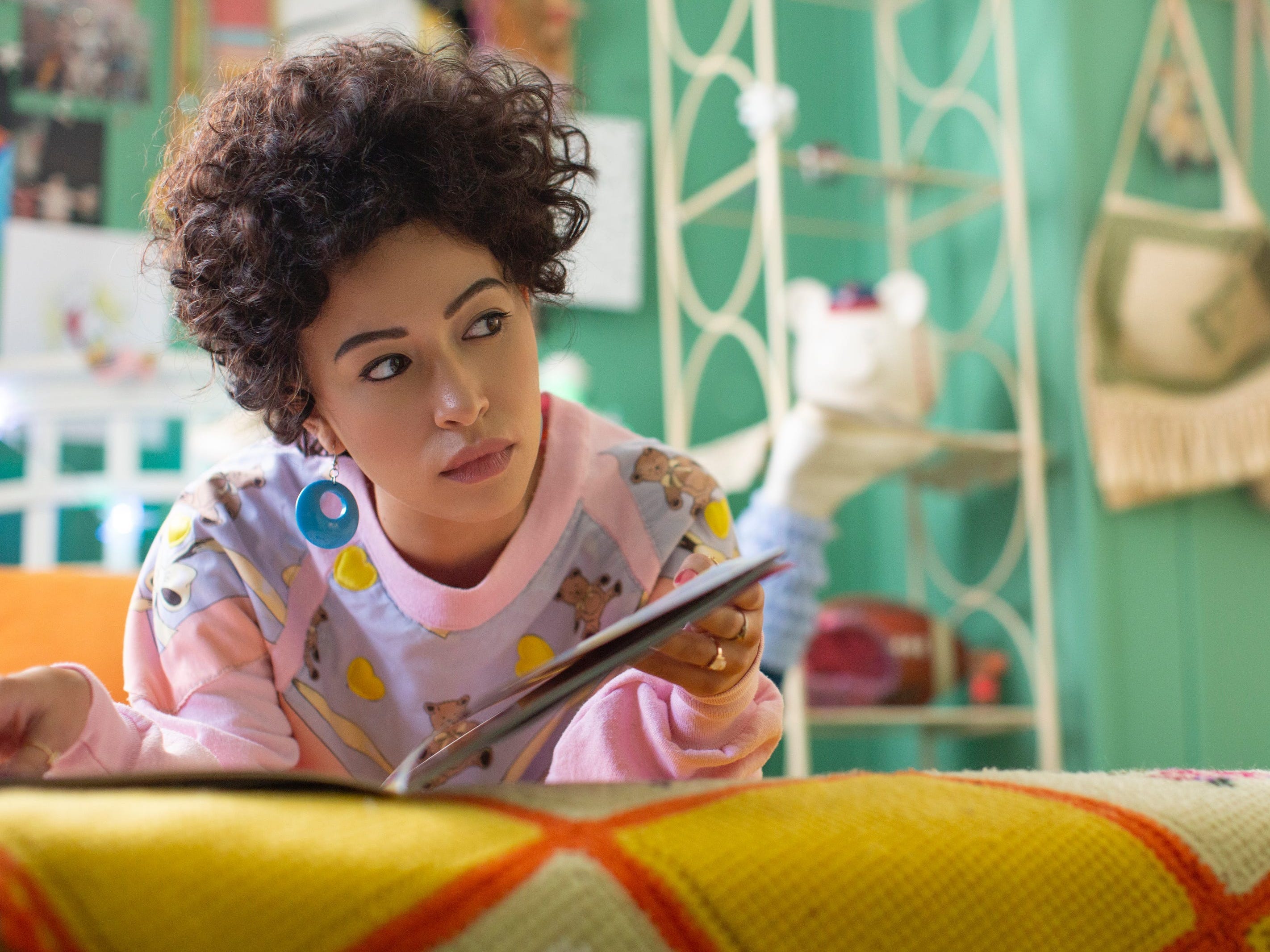 NetflixChristian Serratos as Selena on ‘Selena: The Series.’

While the impact of the 1981 recession was definitely explored in the film (which shows the Quintanilla’s losing their home and restaurant, and subsequently relocating to Corpus Christi, Texas), the show takes an even greater look at the family’s difficult financial situation.

In an early episode, Selena’s father Abraham (Ricardo Chavira) is shown in line for food stamps along with several other members of the family. He subsequently leaves the office out of shame. The family’s difficult move to Corpus Christi is also portrayed on the show.

Even when the group gets bigger, money remains a problem, causing them to buy a run-down tour bus with no heating or cooling after their van gives out.

The Quintanilla’s are eventually able to settle comfortably in Corpus Christi – even owning their own home in subsequent episodes – but on the show, their money troubles are clearly emphasised throughout.

Yolanda Saldívar (and her murder of the singer) isn’t featured prominently in the first part of the series. 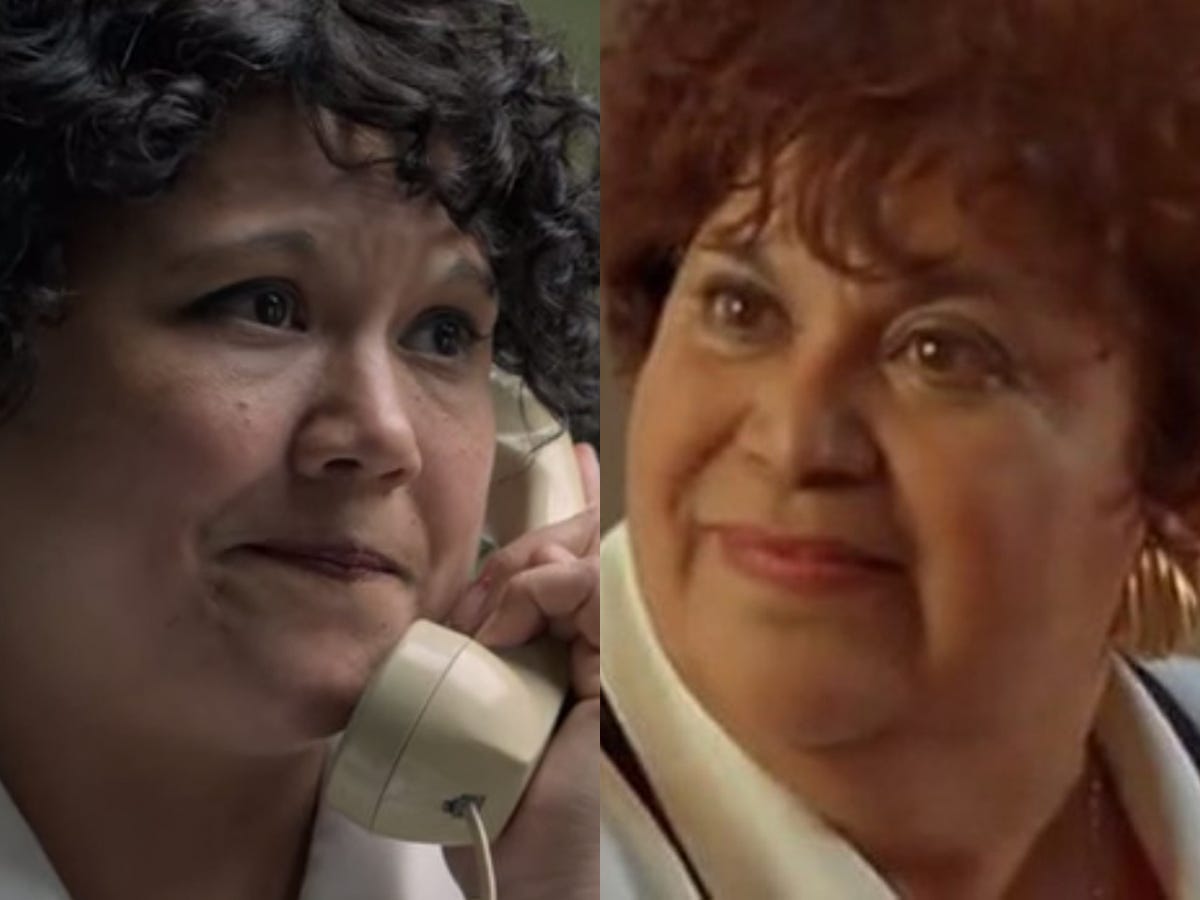 Even though Saldívar’s violent crime and eventual conviction have made her a major character in Quintanilla-Pérez’s life story, she’s not prominently featured in the first part of “Selena: The Series.”

Part one of the two-part series ends well before Quintanilla-Pérez’s untimely murder, although Saldívar’s character does make a brief appearance in one scene as an eager nurse asking to start Selena’s fan club.

Creator and showrunner Moisés Zamora told Insider that he didn’t contact the real-life Saldívar before filming the series.

“I did not reach out to her,” Zamora added. “I did do a lot of research, especially when it came to…how she was able to ingratiate herself into this family and work for them.”

The showrunner continued that his main goal when it came to developing Saldívar’s character was “trying to understand her psychology a little bit more, but no, I did not reach out to her.”

Conversely, Saldívar has a significant role in the 1997 film, where she was played by soap opera star Lupe Ontiveros. The lead up to her murder of Quintanilla-Pérez is portrayed in the film as well.

Christian Serratos is of Mexican-American and Italian descent, whereas Jennifer Lopez is Puerto Rican.

Lopez famously played the Tejano singer in the 1997 biopic. Her casting, however, garnered a significant amount of backlash, since the actress was born in New York to Puerto Rican parents, and Quintanilla-Pérez was a native Texan of Mexican descent. Serratos, on the other hand, is of Mexican-American and Italian descent.

In an interview with Insider, showrunner Moisés Zamora said that it was a priority for him to focus on Mexican-American representation while preparing for the show.

“It was very important for me because I do care about representation, and also, being self aware that as a creator of this story, I needed to make sure that the Mexican-American female perspective was very present in the writing and the directing,” Zamora said, adding that the “majority” of the show’s writers were female and Mexican-American.

However, Zamora also defended Lopez’s performance in the 1997 film, and acknowledged that it was “difficult to find a perfect Selena.”

“There’s no such thing. Otherwise, we’d have another Selena, she’d be here,” he told Insider. “But I think Christian is definitely gonna earn everyone’s love.”

The show focuses more on the lives and relationships of all the Quintanilla siblings — not just Selena. 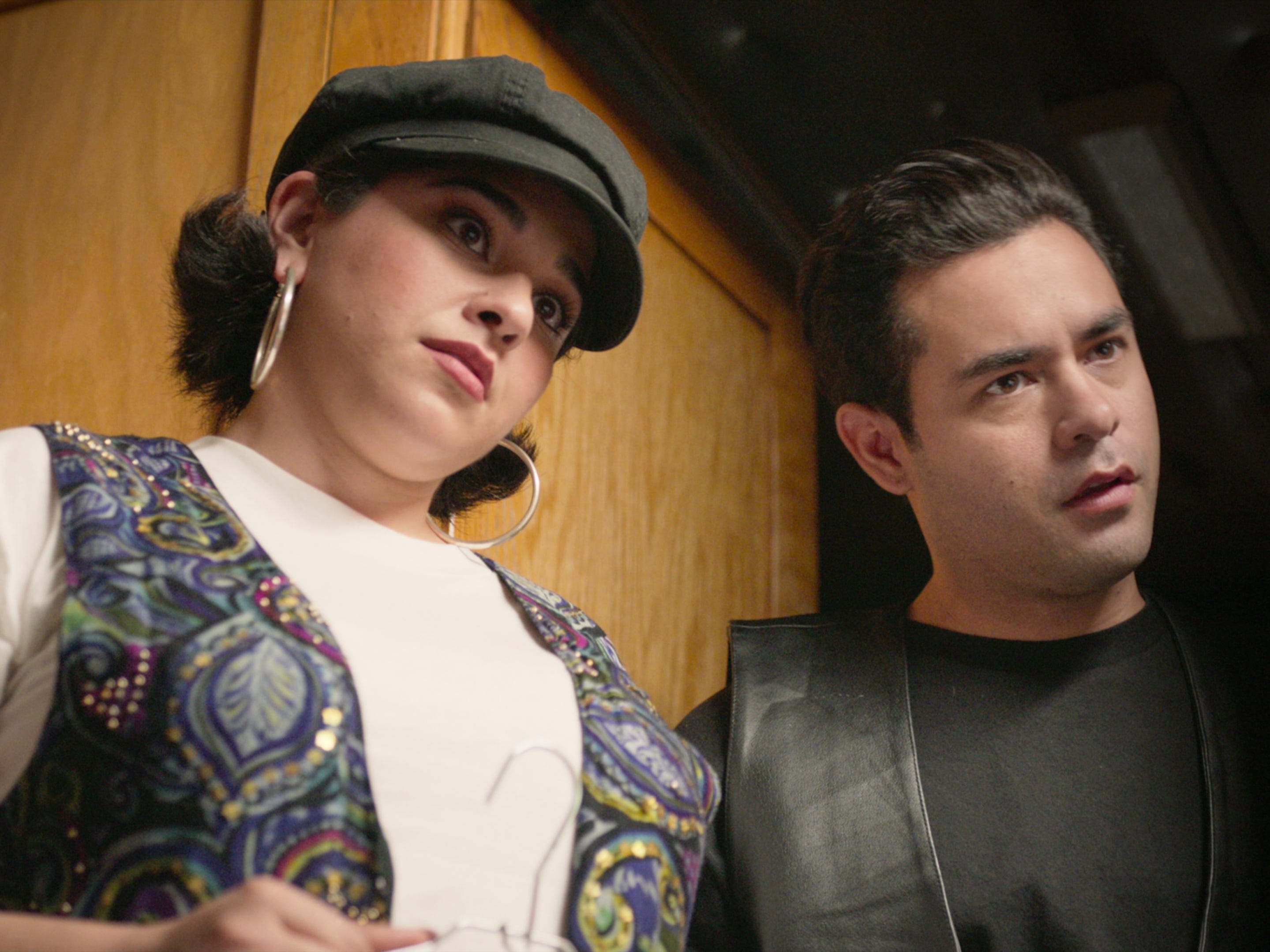 NetflixNoemi Gonzalez as Suzette Quintanilla and Gabriel Chavarria as AB Quintanilla on ‘Selena: The Series.’

“Selena: The Series” definitely has an advantage over the 1997 film in terms of run time – and is therefore able to focus more on the personal lives of the entire Quintanilla family, not just Selena.

The struggles of AB (Chavarria) to produce quality music and maintain a healthy relationship with his wife and growing family are shown on the series, as is Suzette’s (Gonzalez) burgeoning relationship with a new man.

Viewers are able to see the Quintanilla siblings grow from amateur musicians to talented artists, and the show doesn’t hesitate to portray the pitfalls the family experienced along the way.

Abraham’s relationship with his wife Marcella (Seidy López) is also explored in depth on “Selena: the Series.”

Overall, the show explores so much more of the Quintanilla’s family history than the film was ultimately able to.

Some of the movie’s most memorable scenes weren’t recreated in the show. 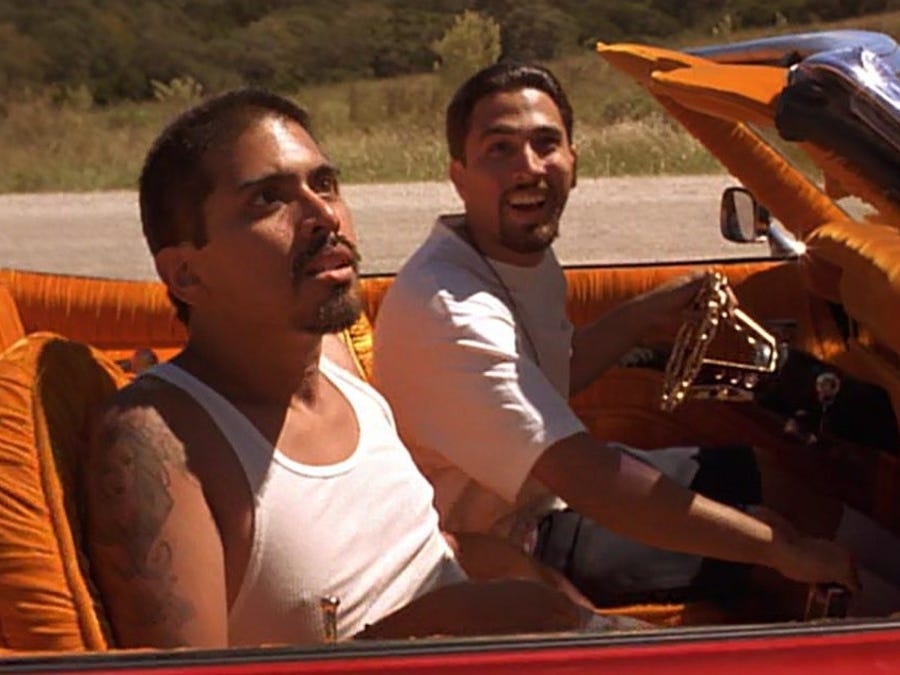 Warner Bros.The ‘anything for Selenas’ scene from the 1997 film has become something of a touchpoint for fans in recent years.

Fans of the 1997 biopic are likely familiar with the now-iconic scene in which several well-meaning cholos try to help the family pull their tour bus out of a ditch, only to rip off the front bumper off their car.

Instead of being upset, however, the men are delighted to have interacted with Selena, telling the family, “Anything for Selenas.”

The 1997 film also featured a hilarious scene in which a shocked Abraham reprimands Selena for wearing a “bustier” during one of her concerts.

And even though the real-life Abraham later confirmed that both of these vignettes were inspired by actual events, “Selena: The Series” chose not to recreate either one of these iconic scenes.