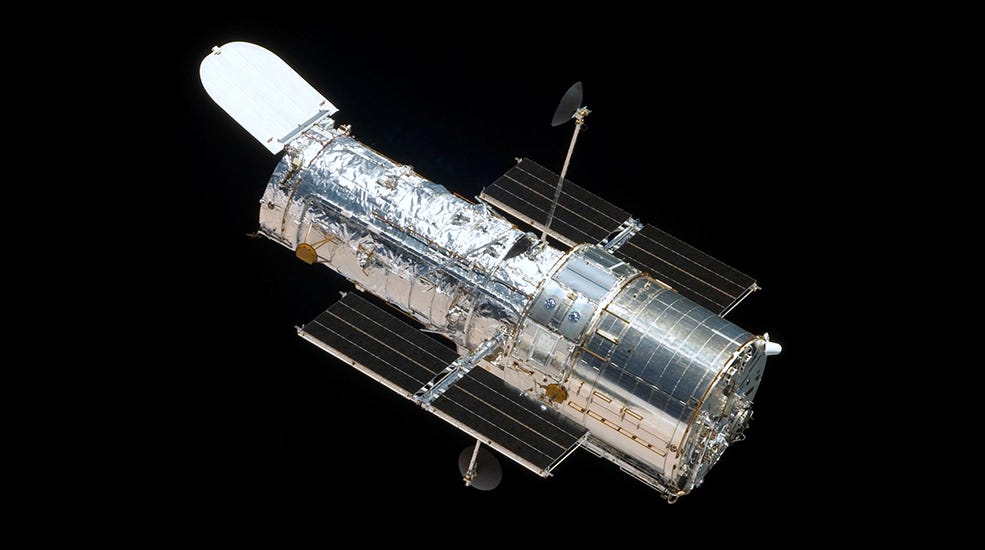 NASAThis photograph of NASA’s Hubble Space Telescope was taken on the fifth servicing mission to the observatory in 2009.

NASA is celebrating the Hubble Space Telescope’s 30th birthday this year with a search feature that allows you to find photos Hubble took on your birthday, KDVR recently reported.

Hubble has been exploring the depths of outer space 24 hours a day, seven days a week since 1990.

During its 30 years of orbit around Earth, Hubble has captured images scientists could not have dreamed of, including the first images of a black hole, water vapour on a planet in a “habitable zone” beyond our solar system, and gravitational waves, according to NASA’s website.

Hubble has given humanity an entirely new view into the universe by expanding the scope of our exploration in ways most of human history lacked, according to NASA.

Here’s how you can find photos Hubble took on your birthday:

Type in the month and day you were born on the Hubble birthday image search and hit submit. Then a photo will pop up.

Once you’ve searched your birthday, you can share the image on social media, find out more about the picture, or exit to search for another date.

Check out what photo Hubble collected on your birthday here.