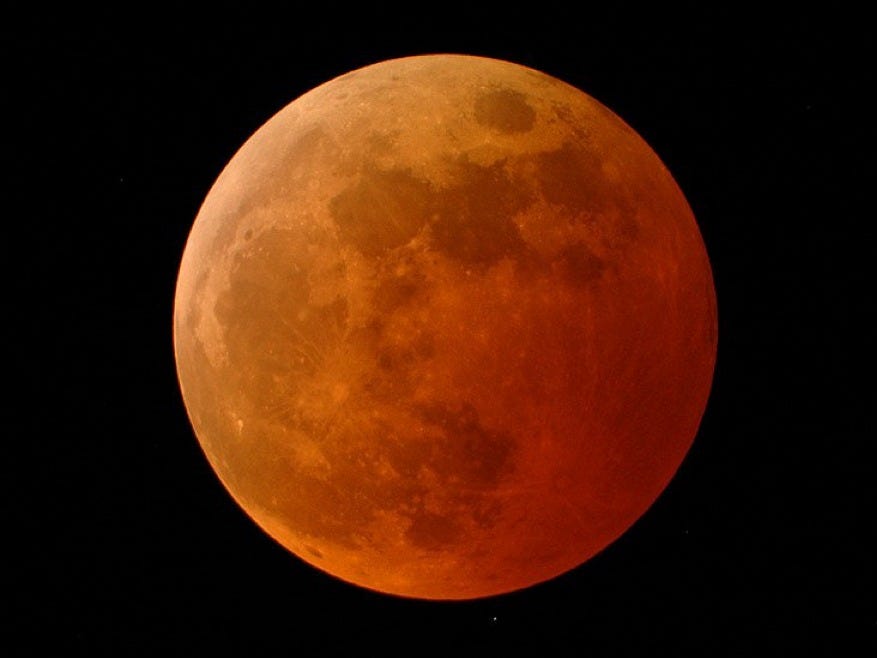 June’s full moon – also known as the “strawberry moon” because it comes during strawberry season – might look a little darker than normal on Friday.

That’s because many parts of the world will be able to see a celestial event known as a partial penumbral eclipse, when part of the moon moves through the Earth’s outer shadow. This makes a chunk of the moon appear dimmer.

The strawberry-moon eclipse will be visible above Asia, Australia, Europe, and Africa. People in the US won’t see it but can watch the event via livestream.

The moon will be at its fullest on Friday at 3:12 p.m. ET, and the Virtual Telescope Project is set to livestream the eclipse from Italy starting at 3 p.m. ET, as the moon dims above Rome’s skyline.

You can watch below.

The moon will appear full for about three days, from early Thursday morning into early Sunday morning.

While the partial penumbral eclipse won’t have any major influence on Earth, it can affect some spacecraft.

“For spacecraft at the moon such as the Lunar Reconnaissance Orbiter, the reduction in solar power is noticeable,” NASA wrote in a release about the strawberry moon. June’s full moon will be the last of the spring.

The strawberry moniker comes from the Algonquin tribes. An old European name for this final spring full moon, meanwhile, is the “mead moon” or the “honey moon,” since people considered honey to be the sweetest during June. (Mead is an alcoholic drink made from fermented honey.)

During the Middle Ages, many couples in Europe also got married in June (as plenty still do today), so that might be where the tradition of calling the first month of marriage the “honeymoon” comes from.