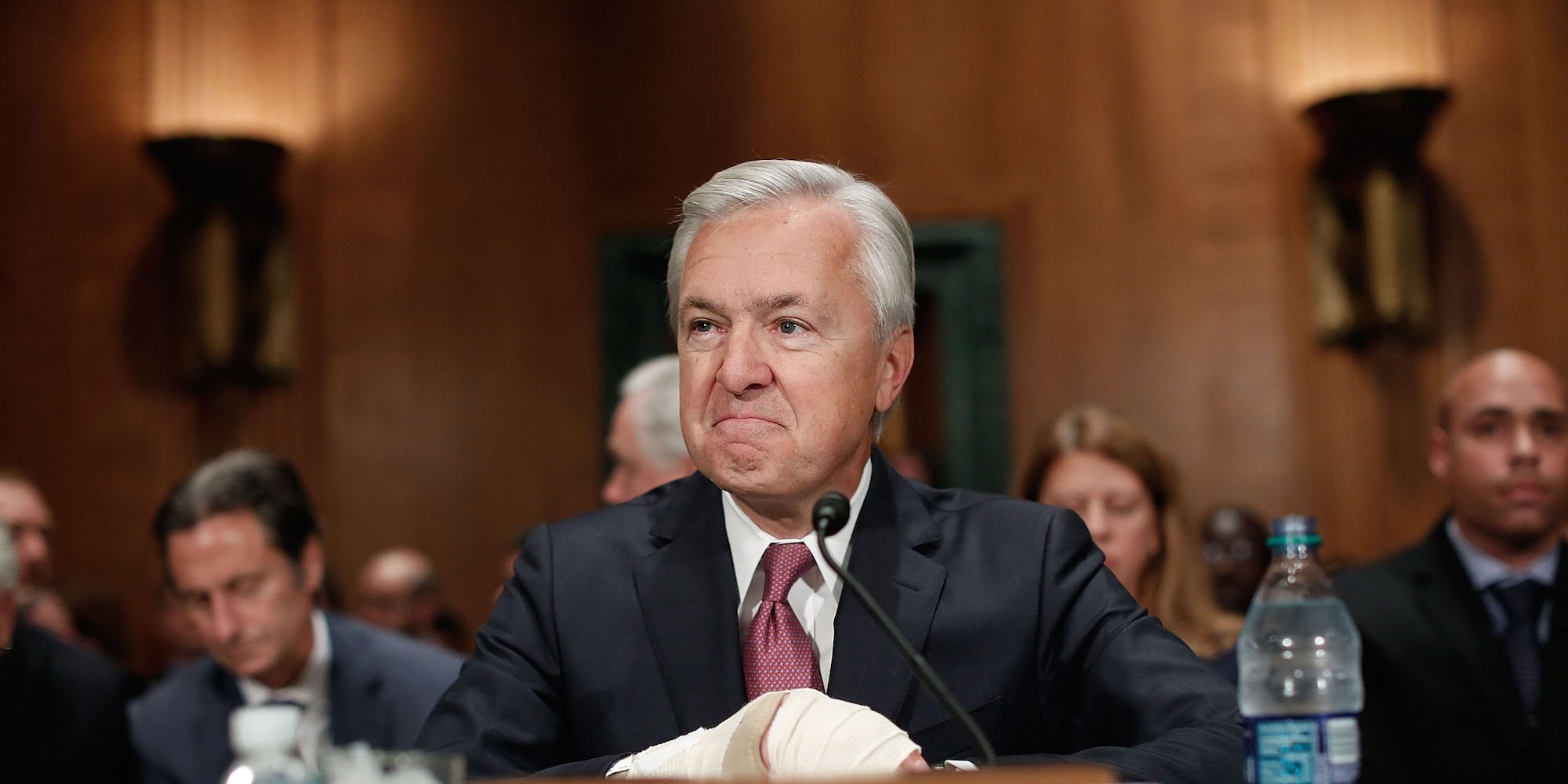 The US SEC has charged former Wells Fargo CEO John Stumpf for misleading investors over the success of its core business, according to a Friday filing.

Former community bank head Carrie Tolsted has been hit with the same charge. From mid-2014 through mid-2016, Tolsted is said to have trumpeted the bank’s key selling metric as a measure of success. The metric was actually fraudulent and inflated, based on accounts and services that were “unused, unneeded, or unauthorised,” the SEC said.

Tolsted signed misleading documents about the bank “when she knew or was reckless in not knowing that statements in those disclosures regarding Wells Fargo’s cross-sell metric were materially false and misleading,” the regulator said.

Former CEO Stumpf signed and certified documents with the regulator in 2015 and 2016, while he should have been aware of their misleading nature, the SEC said.

Wells Fargo did not immediately respond to Business Insider’s request for comment.


Read more:
Peter Lynch disciple William Danoff manages over $US124 billion and has beaten the market for 30 years. He shares the 10 investment rules that ensured his success.

“According to the order, Stumpf failed to assure the accuracy of his certifications after being put on notice that Wells Fargo was misleading the public about the cross-sell metric,” the SEC said.

Stumpf agreed to pay a $US2.5 million penalty to settle the agency’s charges, and the regulator will litigate fraud charges against Tolstedt in court.

“If executives speak about a key performance metric to promote their business, they must do so fully and accurately,” Stephanie Avakian, director of the SEC’s Division of Enforcement said in a statement. “The Commission will continue to hold responsible not only the senior executives who make false and misleading statements but also those who certify to the accuracy of misleading statements despite warnings to the contrary.”


ARK CEO Cathie Wood is beating 98% of her peers this year. She and her team share the investment cases for 2 ‘winner-take-most’ stocks in their portfolios, and explain why she is unfazed by the rotation into value.