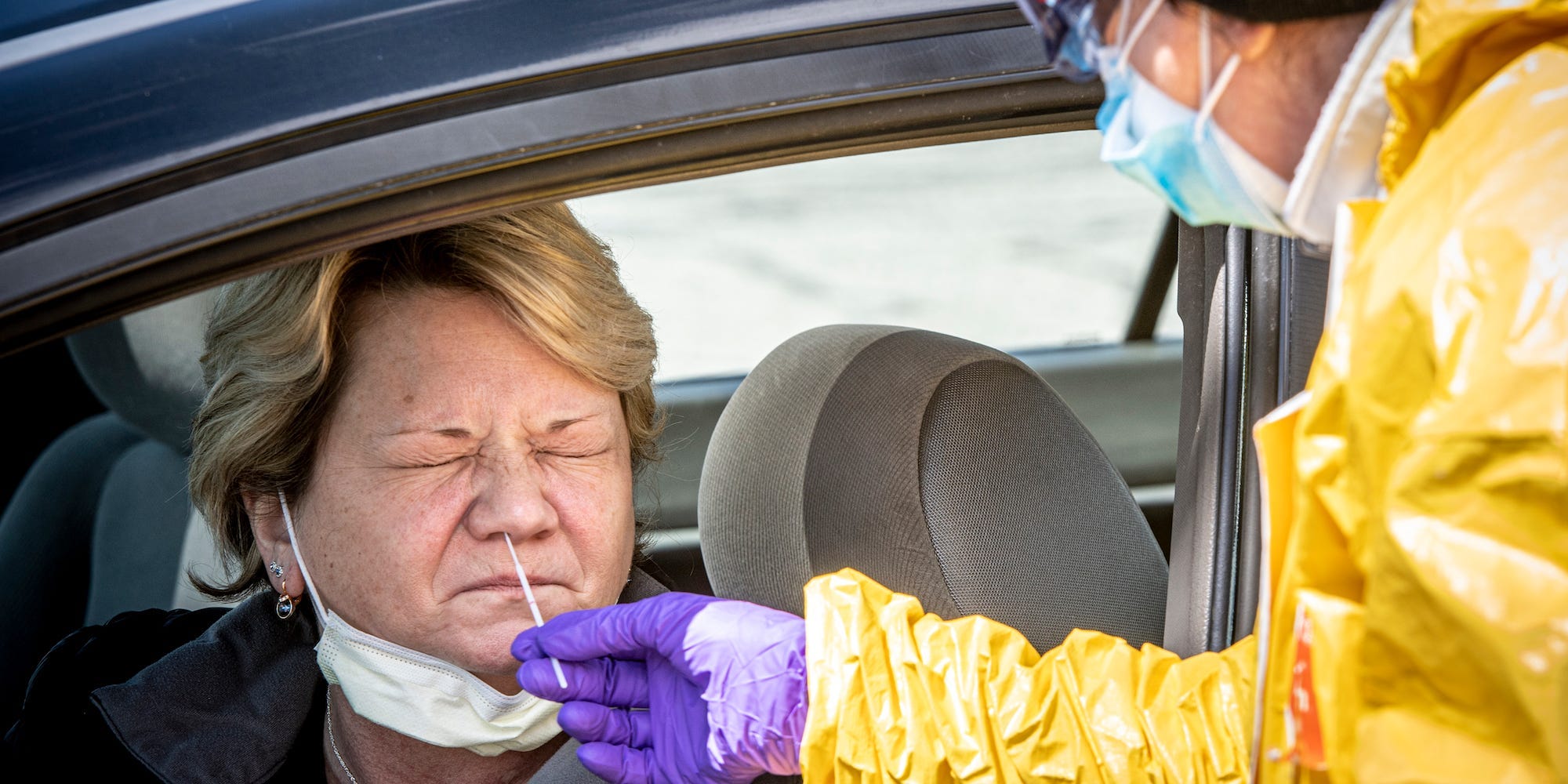 Researchers have discovered seven variants of the coronavirus in the US, with a mutation in the same genetic letter, a new study found.

They were discovered in states across the country and it’s not yet clear if the strains are more contagious, but researchers are concerned.

Kamil, the co-author of the new study, said that he was sequencing coronavirus samples when he noticed the new variants, which have mutations on the same amino acid. Scientists are worried because the mutations could potentially make it easier for the virus to enter human cells, the Times reported.

Kamil said the viruses all belonged to the same lineage, and after inputting the genome into an online database used by other scientists, he learned that there were scientists in New Mexico who also found the same variant with the same mutation.

The lineage Kamil detected dates back to December 1, and the samples from New Mexico date back to October, but it’s unclear when these variants actually started. Samples from across the country have turned up with this variant but with limited genome sequencing, it’s difficult to understand how prevalent these mutated viruses are.

“I’d be quite hesitant to give an origin location for any of these lineages at the moment,” Emma Hodcroft, an epidemiologist at the University of Bern and a co-author of the new study, told the Times.

The study has yet to be peer-reviewed. Experts told the Times that additional experiments are needed to assess if these mutations impact transmission or morbidity.

Other more contagious variants have been discovered elsewhere. A recent analysis found that a variant first discovered in the United Kingdom, known as B.1.1.7, is 35% to 45% more transmissible than other strains spreading in the US, while a new assessment by British government scientists found that the same variant could be 30% to 70% deadlier than the original coronavirus.

The Centres for Disease Control and Prevention has predicted it will be the most common coronavirus variant by March.