The richest town on the East Coast is a scenic village 35 minutes from NYC, where the average household income is $452,000. I spent a morning there — here's what it looks like. 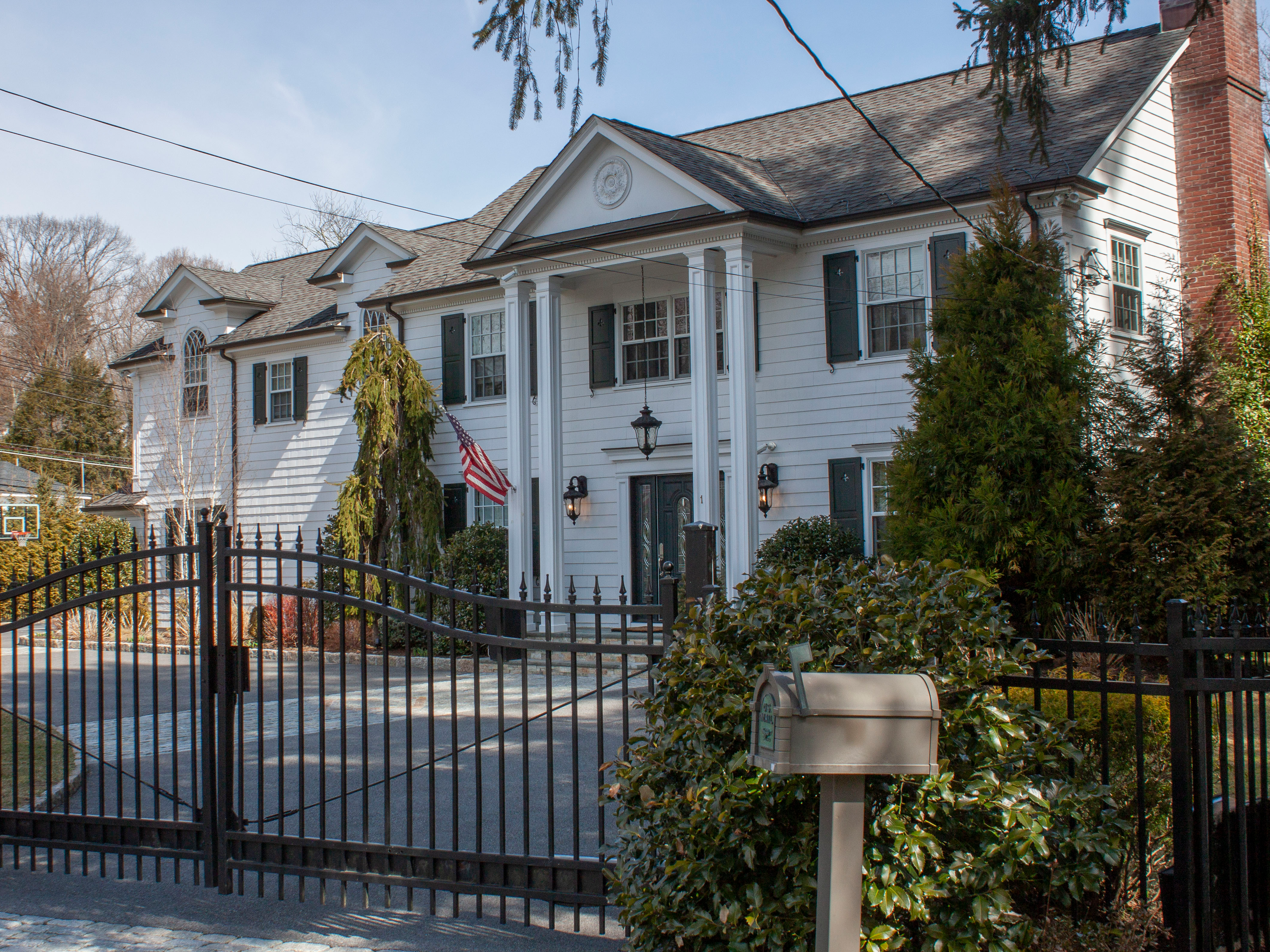 Scarsdale, New York, is the richest town on the East Coast and the second-richest in the US for the second year in a row, according to Bloomberg’s 2020 “Richest Places” annual index.

Scarsdale, a town of about 18,000 people that’s just 35 minutes north of New York City, has an average household income of $US452,000, according to Bloomberg. The average income jumped by almost $US35,000 in the past year.

The affluent community, which is both a town and a village, is in New York’s Westchester County, an area that consistently sees various towns ranked among the country’s most affluent.The average sale price of a single-family home in Scarsdale was $US1.4 million as of February 2020, according to data from Sotheby’s International Realty.

Last year, I spent a few hours walking around Scarsdale and getting a peek at some of its stately homes. Here’s what it looks like.

From my apartment in Brooklyn, I headed to Grand Central Terminal to catch the Metro North up to Scarsdale. I was on an express train, so the journey took about 35 minutes.

I stepped out of the train station in Scarsdale to a bright and sunny spring morning. 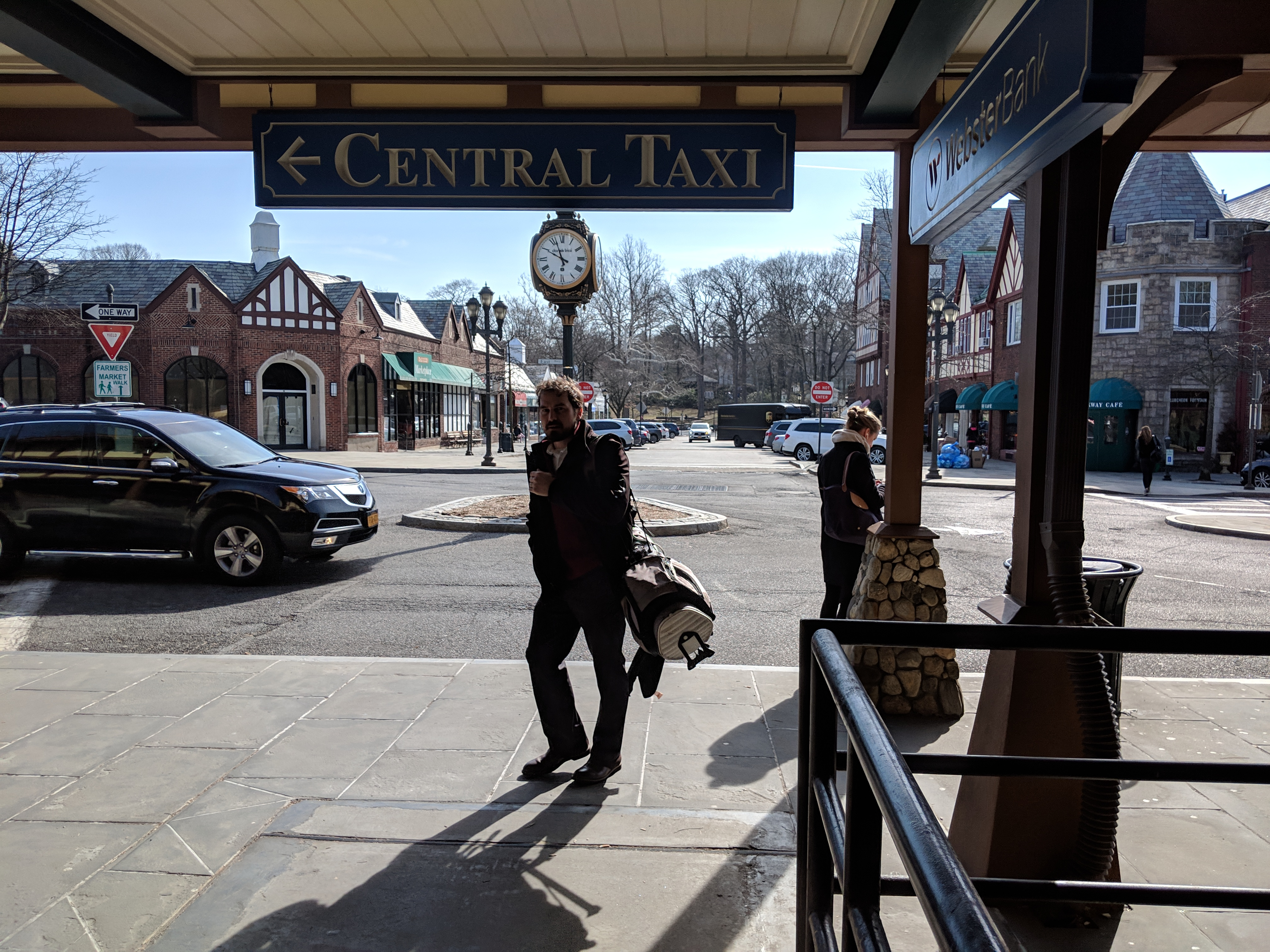 I immediately noticed that it was very quiet and clean, which is pretty much my first thought whenever I go anywhere outside New York City.

The charming little train station put me right in the centre of town. Scarsdale, which is officially both a town and a village, has a population of about 18,000. It’s been ranked the richest town on the East Coast – and the second-richest in the US – by Bloomberg for the second year in a row.

Scarsdale’s average household income is $US452,000, according to Bloomberg – almost a $US35,000 jump from the year before.

Scarsdale is known for its Tudor-style homes and storefronts, many of which were built in the 1920s. 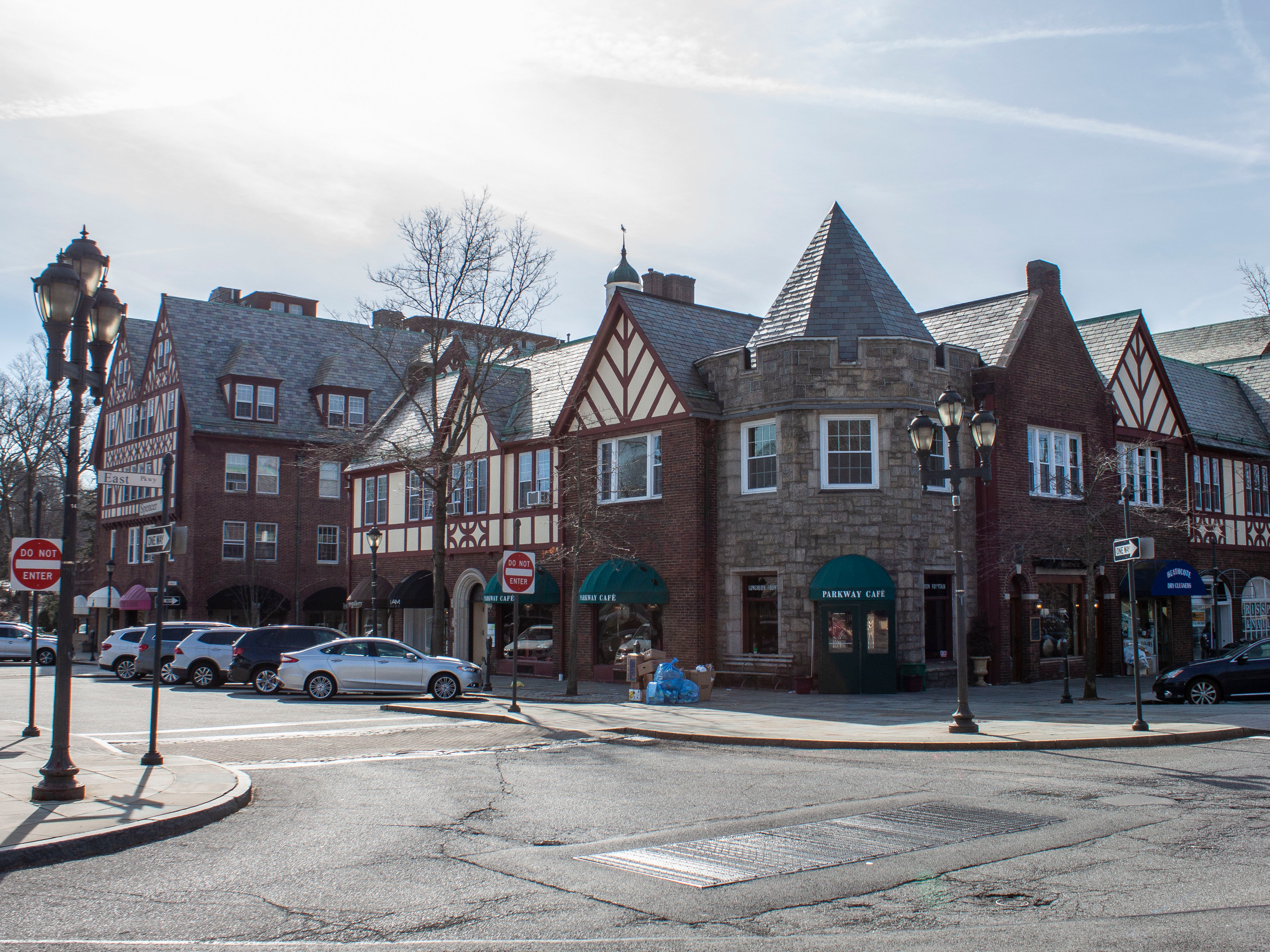 Tudor architecture developed in England between 1485 and 1558, and the style became popular in many wealthy northeastern suburbs, including Scarsdale, in the 1920s.

In the 1920s, Scarsdale experienced “a building boom that tripled the population by the end of the decade,” according to the Scarsdale Historical Society.

One of the most prominent examples of Tudor-style architecture is the historical Harwood Building, finished in 1928. Today, it houses stores including the Village Computer Shop and Rothman’s, an upscale men’s clothing store.

Over the years, the Harwood Building has been maintained to look the same as it did when it opened, according to The New York Times.

As I walked through Scarsdale’s charming, compact town centre, I passed hair and nail salons, art galleries, bakeries, gift shops, and clothing boutiques. I was pleasantly surprised by the lack of chain stores. 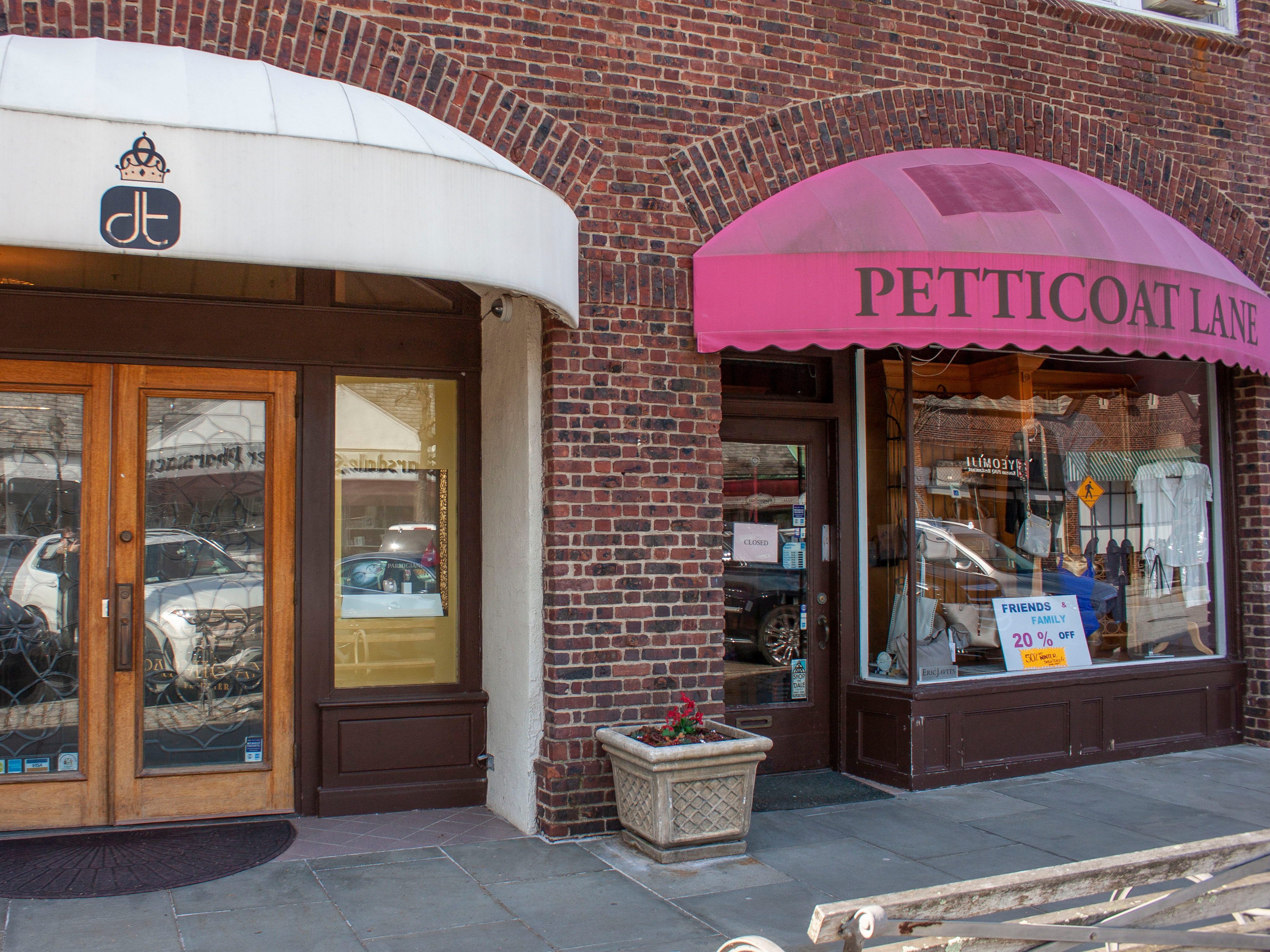 The shops had names like Petticoat Lane and Pookie and Sebastian. 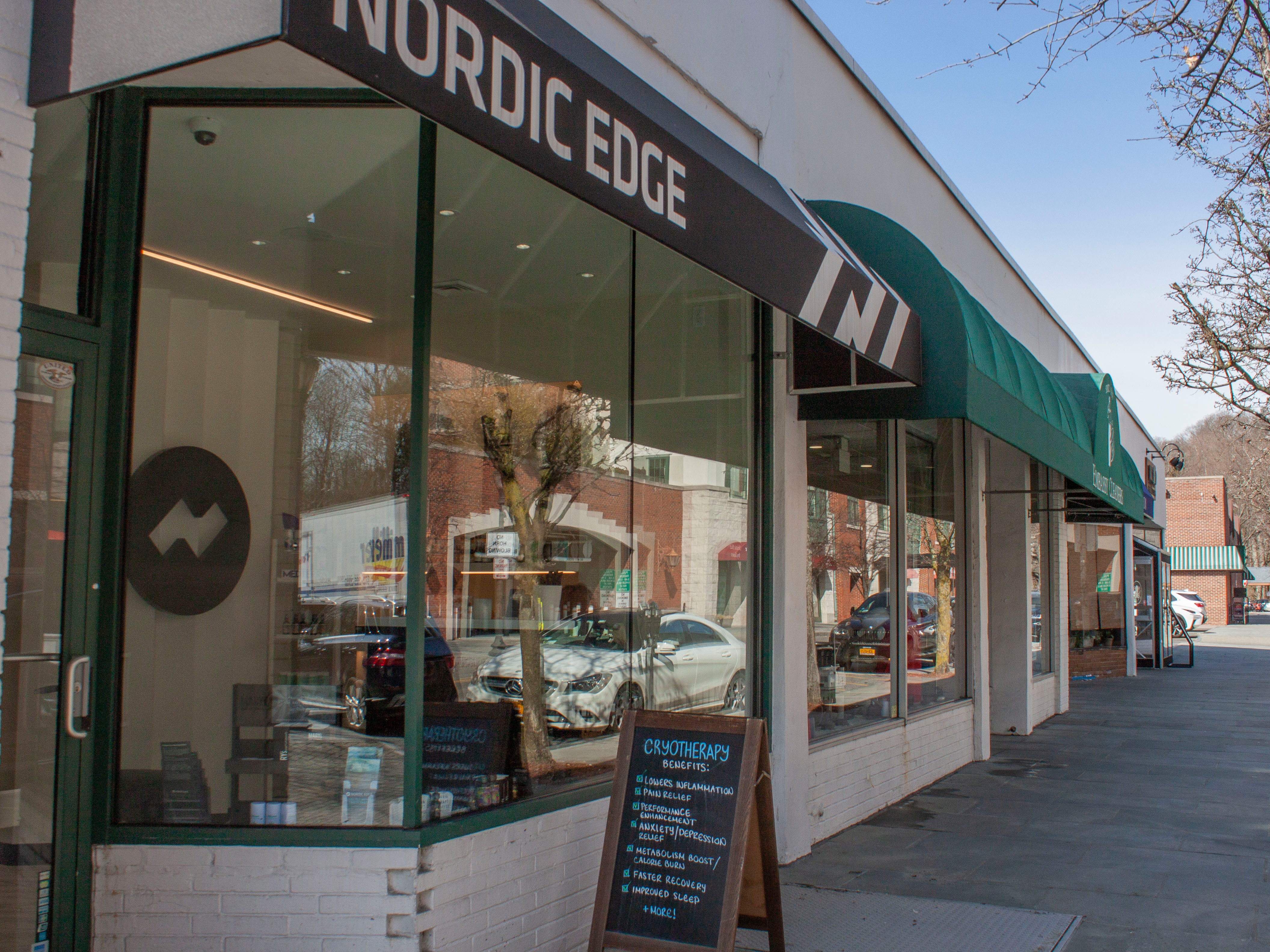 “We are not a doctor’s office. We are not a spa. We are a modern wellness space,” Nordic Edge’s website says.

Cryotherapy and cryofacials are increasingly popular with athletes, models, and wellness-conscious New Yorkers.

The streets were calm and quiet on a weekday morning, with not many people walking around. Many of the parked cars I saw were luxury vehicles, either Audis or Mercedes-Benzes, with a few Porsches and Ford Mustangs in the mix.

Anne Moretti, a real-estate broker at Julia B. Fee Sotheby’s International Realty, told me Scarsdale draws many homebuyers from Manhattan. 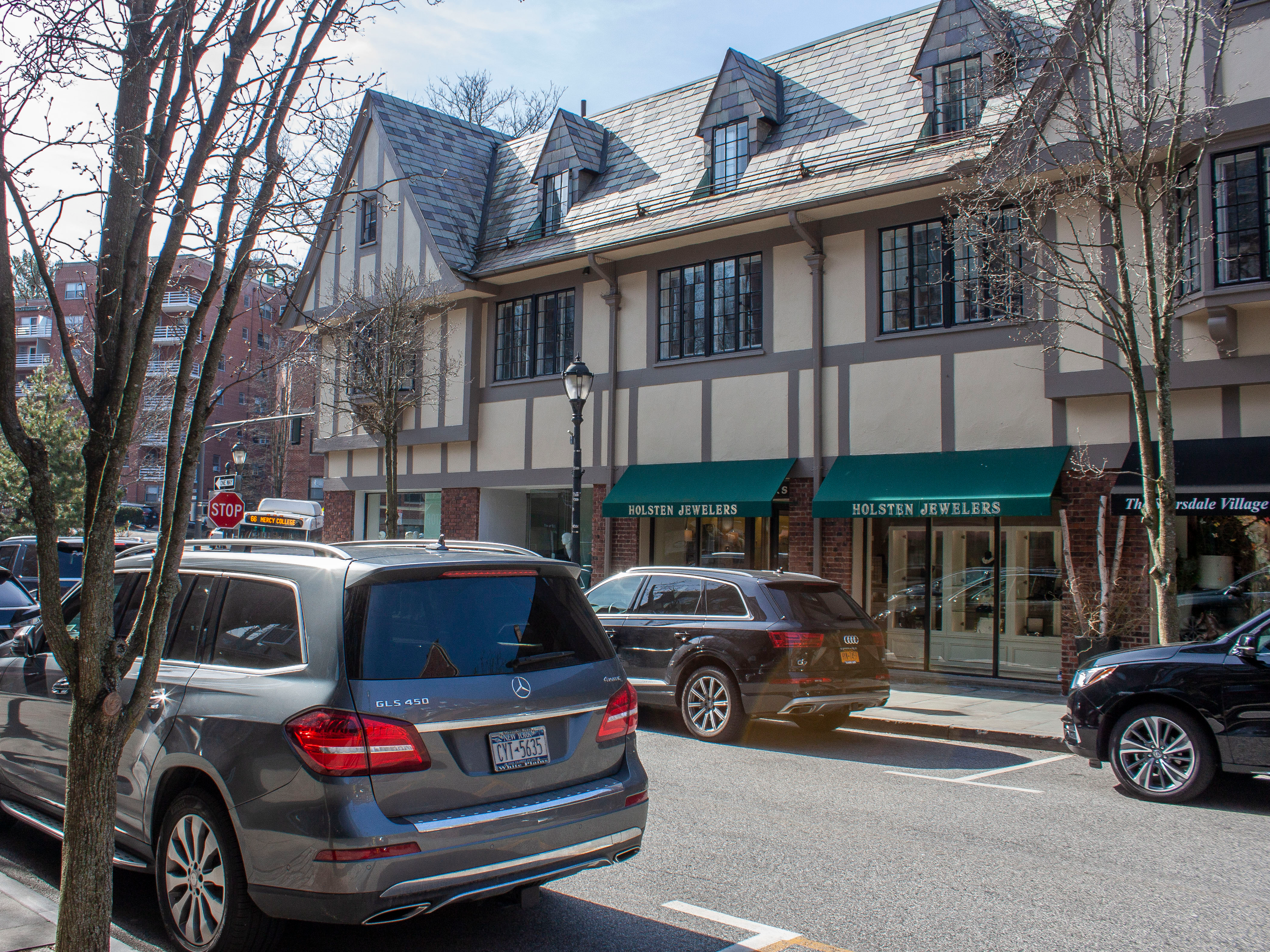 “Scarsdale’s consistently high-ranking school district plus the easy 35-minute commute to Grand Central makes it a great place to live,” she said.

The busiest place in the village on the morning of my visit seemed to be the Parkway Cafe. The diner is right across the street from the train station, which I imagine makes it a popular stop for commuters. Yelp reviews indicate Martine’s is a popular Scarsdale establishment where you should expect to wait in line.

I wandered over to Chase Park, a small but pristinely landscaped green space in the centre of town, right across the street from the post office. 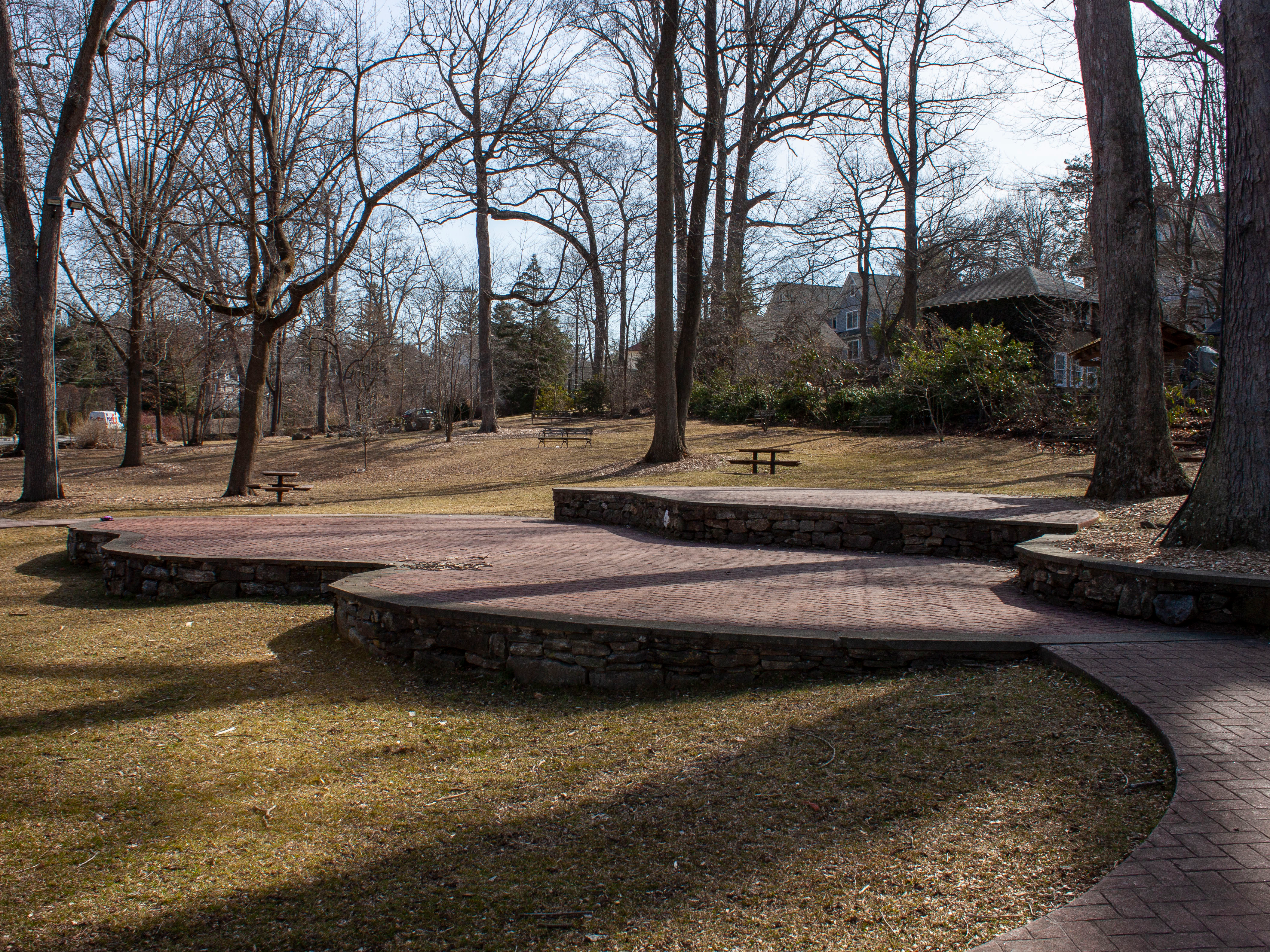 In the summertime, the park hosts free concerts.

Scarsdale has a reputation for having some of the best public schools in Westchester County, drawing many families to the area, according to Moretti. 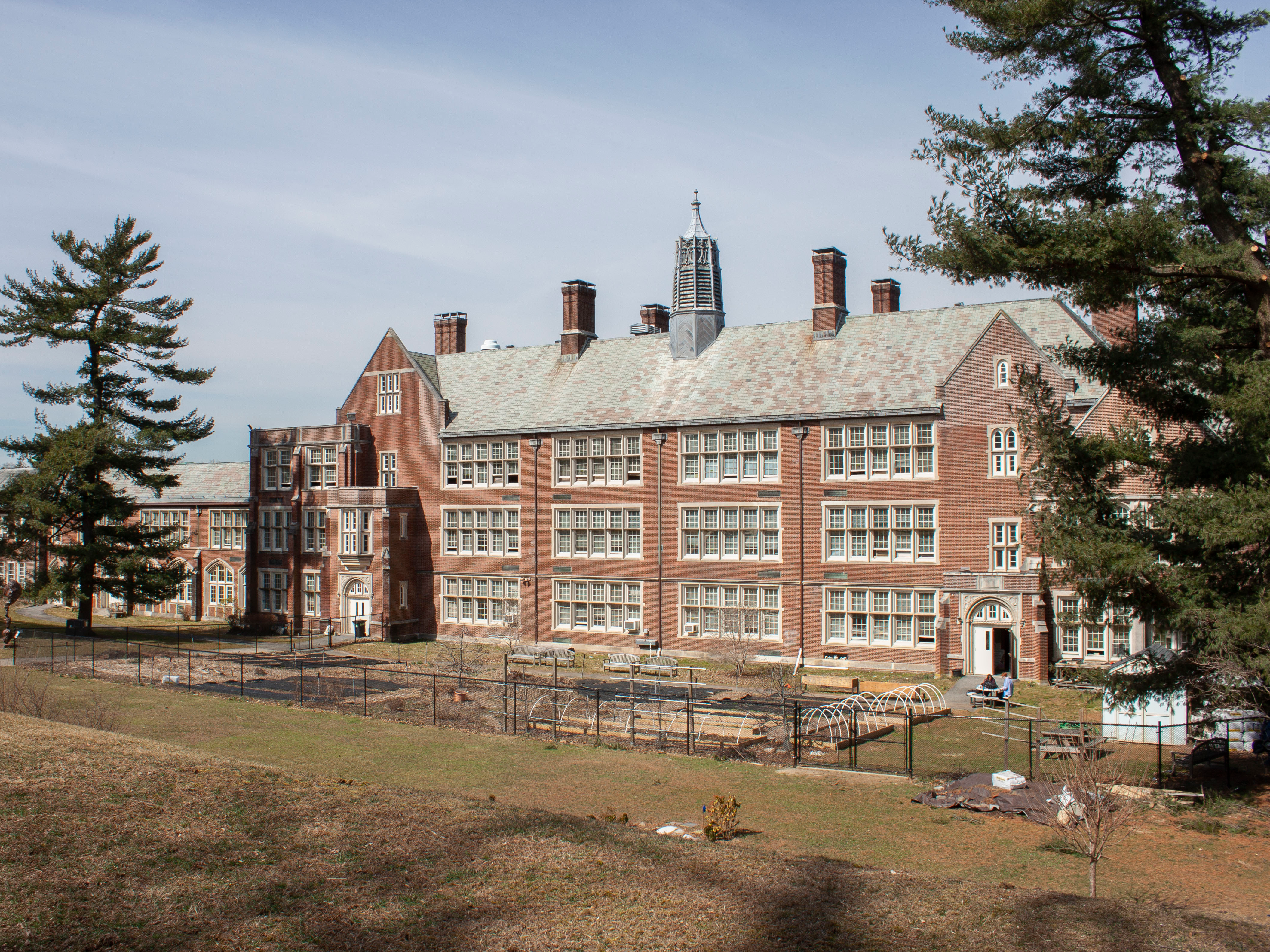 I went to get a look at Scarsdale High School, one of the top high schools in New York. “Scarsdale High School enjoys a national reputation as one of America’s finest high schools,” the school’s principal, Kenneth Bonamo, wrote on its website. “The richness of our curriculum, the preparation of our faculty, the achievements of our students, and our record of college admissions at the nation’s leading universities all demonstrate a pattern of excellence.”

My next stop was Scarsdale’s Murray Hill neighbourhood, known for its estate-like homes set on relatively large swaths of land. “It’s not only an exclusive neighbourhood, but one rich with history since the American Revolution,” Moretti told Mansion Global.

Residents of Scarsdale tend to be “leaders in their respective fields of medicine, journalism, finance, literature, law, and technology,” Moretti said.

While the average home price in Scarsdale was $US1.4 million in February, prices in Murray Hill are significantly higher, at an average of $US3.44 million, according to Moretti. And many of the sales in Scarsdale over $US5 million are in Murray Hill, Moretti told Mansion Global.

Some of the grandest-looking homes were barely visible, set back at the end of long driveways and hidden behind trees and hedges. Murray Hill has different zoning restrictions from the rest of Scarsdale that allow homes to sit on larger lot sizes.

Others, such as this newer home, were in plain view thanks to the trees that had yet to sprout leaves. This home, while not currently for sale, is valued at about $US5.3 million, according to Zillow.

This brick Georgian colonial house in Murray Hill sold in 2018 for nearly $US6 million, according to Zillow. The house comes with a pool and a pool house, neither of which was visible from the street.

I took a short Uber ride to get a look at The Heathcote, a new building that offers 14 ultra-luxurious boutique residential units for rent starting at $US9,500 a month. 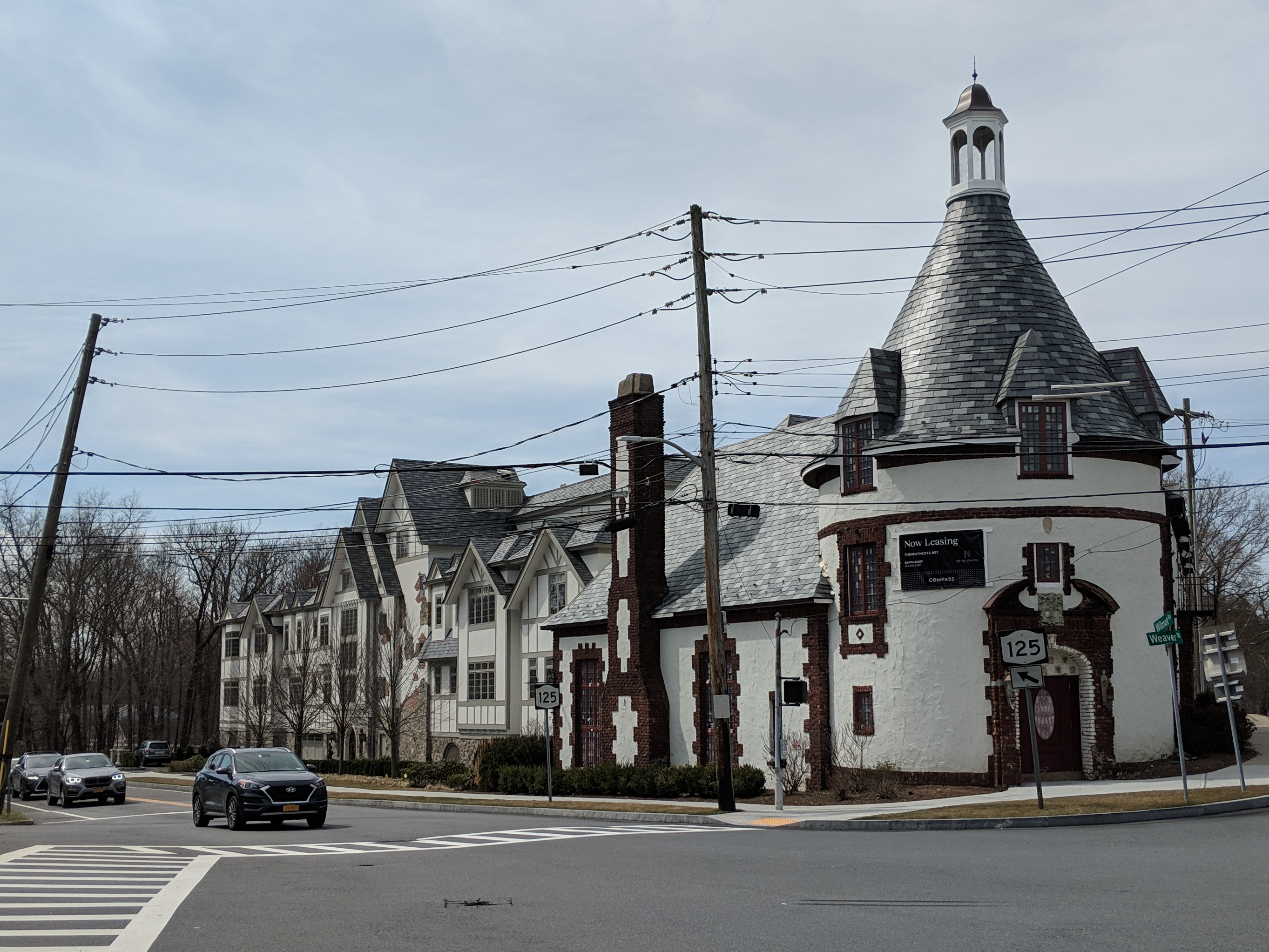 The listing at Compass notes describes The Heathcote as an “unprecedented boutique residential experience” that took cues “from the finest Manhattan homes.”

The residence is across the street from the Golden Horseshoe Shopping Centre and Balducci’s Food Lover’s Market, a high-end specialty market that seemed to be bustling with shoppers. 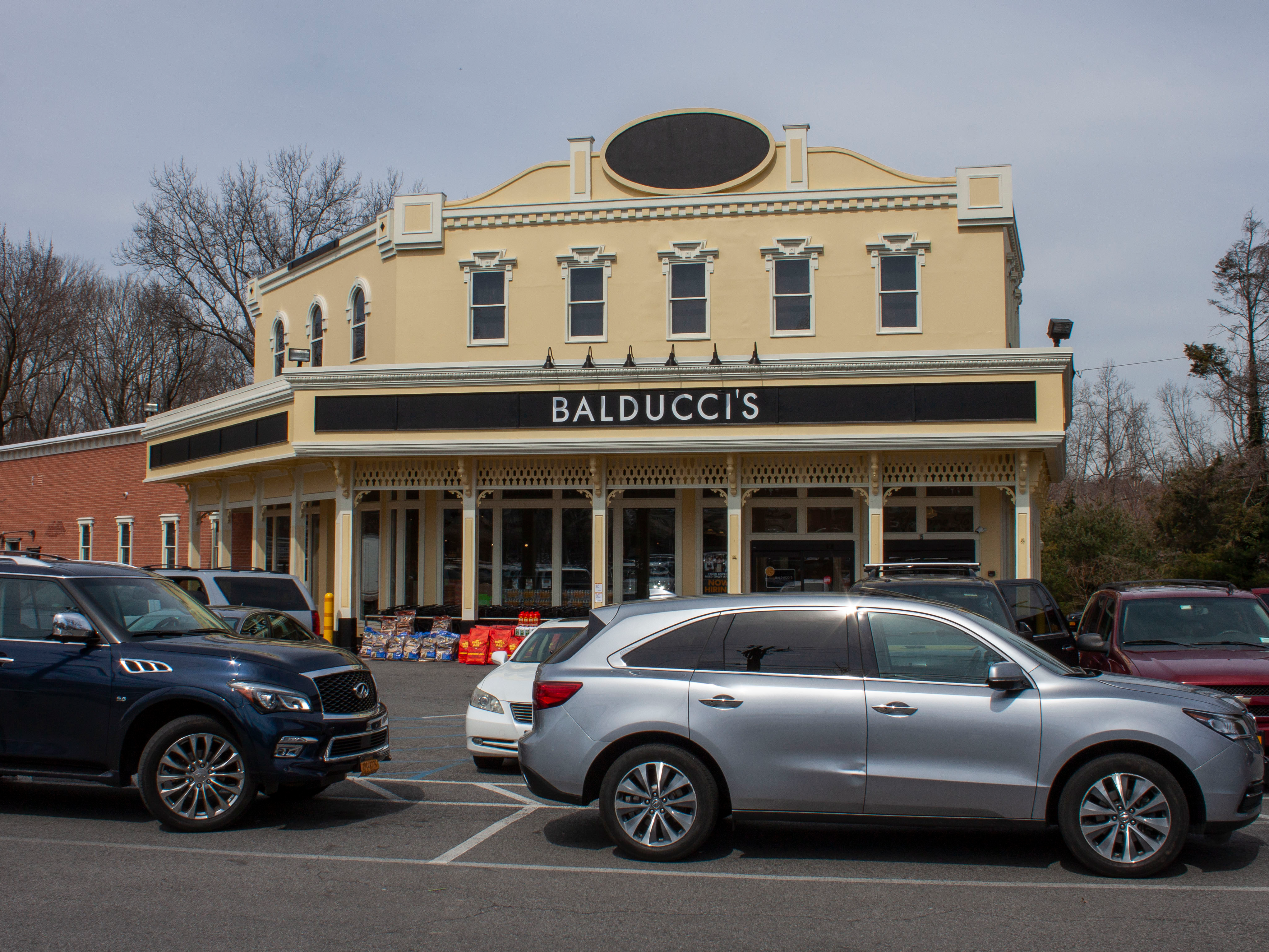 Stores like Beginnings Boutique, a clothing retailer, and Current Home, a home-furnishings store, can be found at the Golden Horseshoe.

After my tour of Scarsdale, it was clear why affluent families are drawn to its charming downtown area, top-rated schools, and immaculate, multimillion-dollar homes with large yards. While it may not be the most exciting place in the world, with New York City only 35 minutes away, it certainly seems like you can get the best of both worlds – if you can afford it.