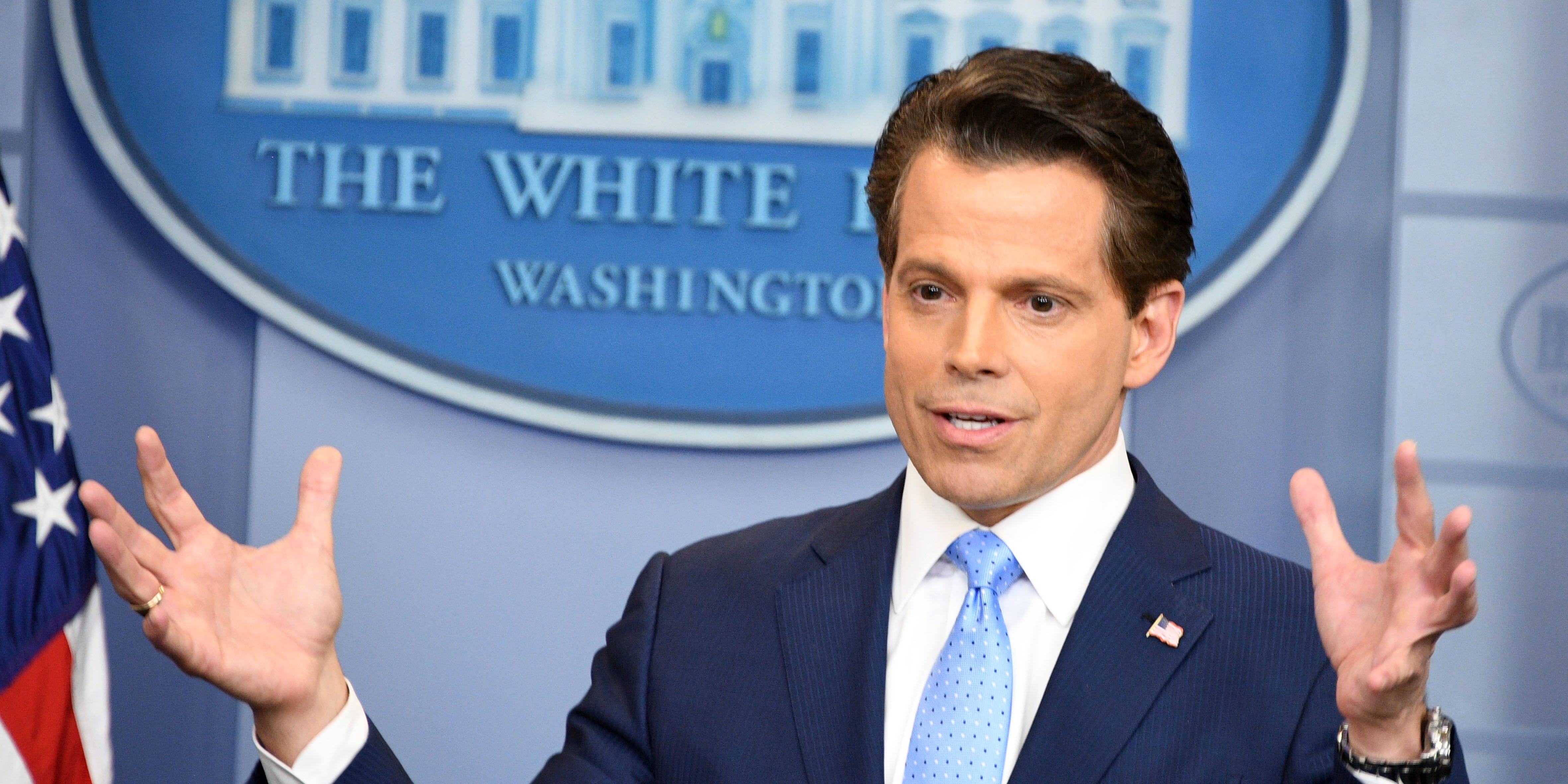 JIM WATSON/AFP via Getty ImagesAnthony Scaramucci speaking with reporters during his brief tenure as White House communications director in 2017.

Anthony Scaramucci, who spent 11 days as the White House communications director before he was removed from the position, said Sunday that President Donald Trump was exhibiting “classic narcissism” by planning to speak at every night of the Republican National Convention.

As Business Insider previously reported, Trump is preparing to speak on all four nights of the Republican National Convention, scheduled to begin Monday. According to The New York Times, he plans to speak nightly during the 10 p.m. hour of the convention, which will be mostly virtual after the president for months insisted on an in-person event.

“But, knowing his personality, he thinks it’s the right way for him to do it. He thinks it’s all about him, him all the time,” Scaramucci told CNN’s Jake Tapper on Sunday during a broadcast of “State of the Union.” “The classic narcissism is to annihilate everybody around you and then show everybody that you can do it all alone, you can do it by yourself.”

He continued: “It’s all about me and watch me. I’m going to win this without your help. And so I’m sure he was advised by some smart, somewhat courageous people inside the campaign not to do that. That level of saturation is beyond ridiculous.”

On #CNNSOTU w/ @jaketapper, @Scaramucci says the presidents decision to speak all four nights at the Republican National Convention is "beyond ridiculous."https://t.co/t80DeP01RJ

Members of the president’s family make up half of the list of keynote speakers scheduled to address Republicans at the event, as Business Insider previously noted. George W. Bush, the only living Republican former president, is not scheduled to speak at the convention, which will see Trump officially accept the GOP nomination for president. Bush also sat out the 2016 convention.