NBC‘SNL’ has been on television since the 1970s.

Since its premiere in 1975, NBC’s “Saturday Night Live,” has been entertaining audiences with its rotating cast of comedians.

The late-night, sketch-comedy series filmed at 30 Rockefeller Plaza in New York City is starting its 46th season, and even though it’s been around for a while, there’s a lot you may not know about the show.

Read on for some of the best-kept secrets about “Saturday Night Live.”

The show began in part because Johnny Carson wanted more time off. 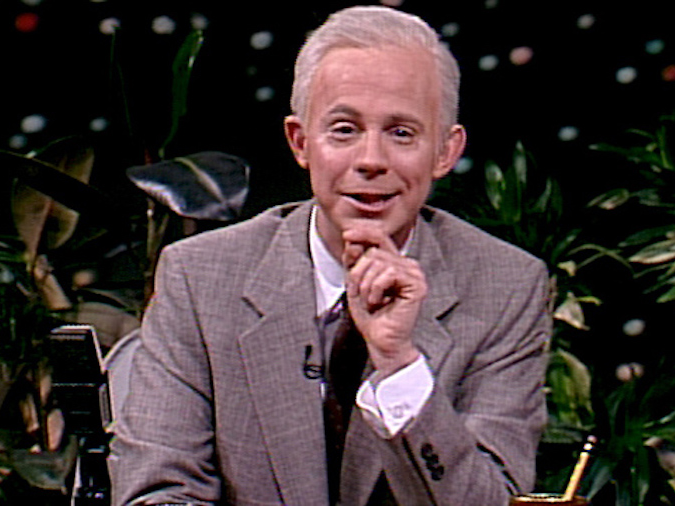 Back in 1974, Johnny Carson hosted “The Tonight Show,” and it was a huge moneymaker for NBC.

At the time, the network aired reruns of the late-night talk show on the weekends, but according to AV Club, Carson requested that NBC save his reruns for his vacation days instead.

To fill that weekend slot, NBC’s then-director of weekend late-night, Dick Ebersol, teamed up with up-and-coming TV writer and producer Lorne Michaels and created what is now “SNL.” 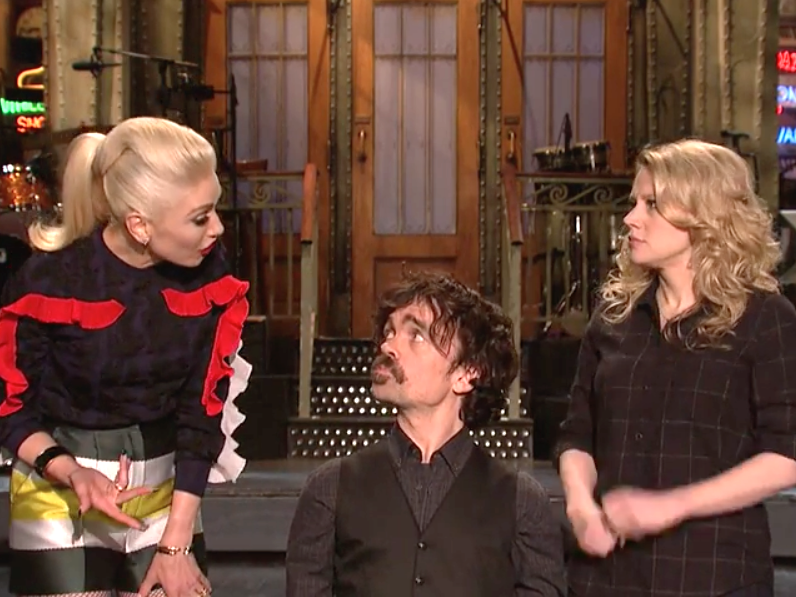 NBCIt’s hard to imagine the show by any other name.

Luckily, TV Guide called that show “dead on arrival,” and it was cancelled in 1976. By 1977, NBC purchased the naming rights for the catchier show title, per History.com. 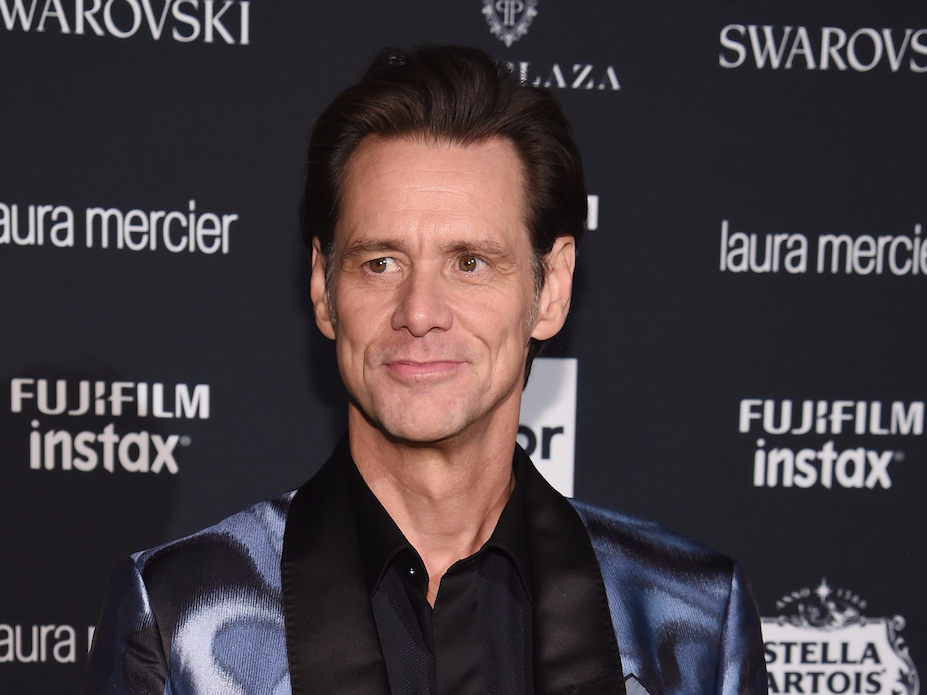 Dimitrios Kambouris/Getty ImagesDespite him not becoming an ‘SNL’ cast member, Jim Carrey has had a successful career.

Although he might be considered one of today’s most iconic comedians, according to a 2015 Vanity Fair interview with Michaels, Jim Carrey auditioned for “SNL” twice and was rejected both times.

“I wasn’t at the Jim Carrey audition,” he explained, “but somebody who was there said, ‘I don’t think Lorne would like it,’ and they were probably wrong, but it doesn’t matter. Or maybe they were right – who knows? No one gets it all right.”

The actor has, however, had a few guest-hosting gigs since then. 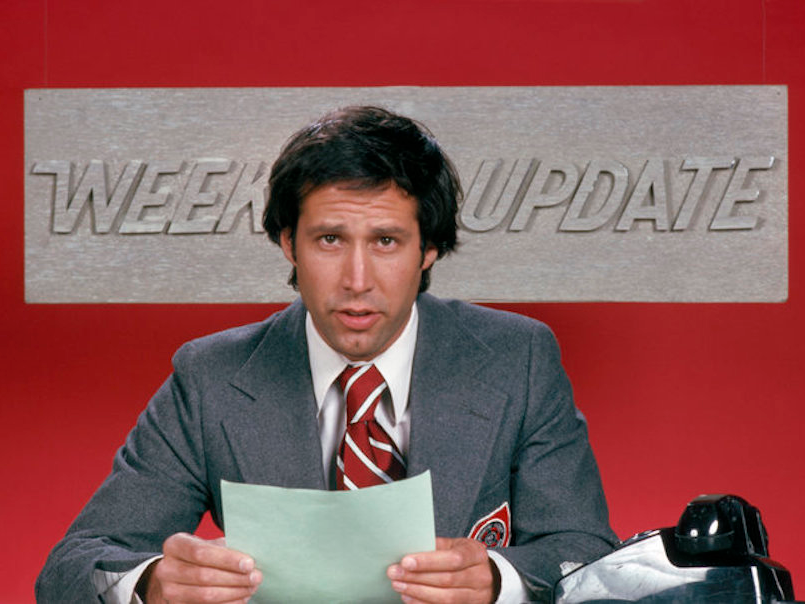 NBCIt was the start of an iconic line.

During the show’s first episode, Chevy Chase had the honour of saying the iconic intro line, “Live from New York, it’s Saturday night!”

Darrell Hammond has said the show’s opening line the most. 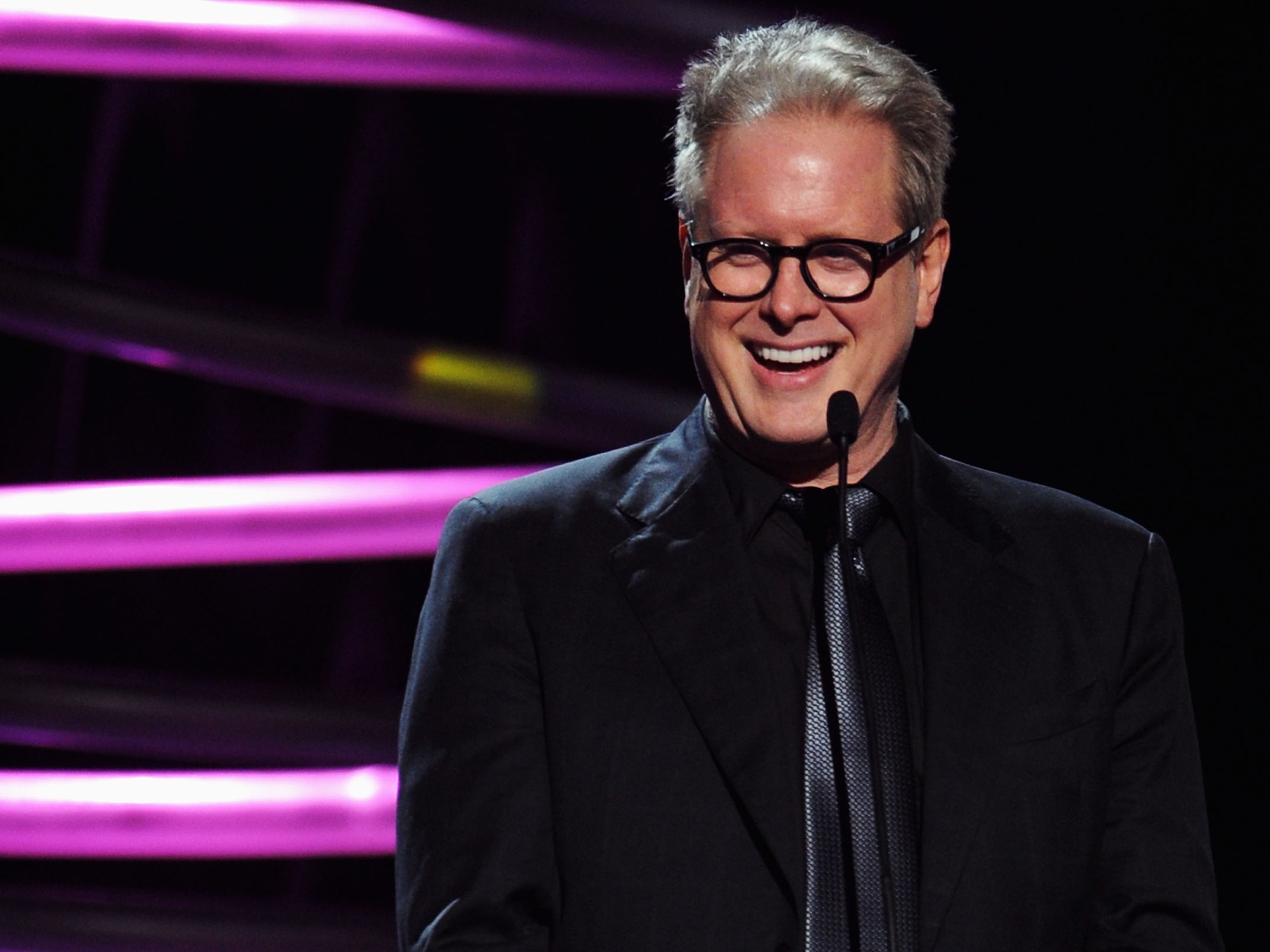 Comedian Darrell Hammond holds a record for saying the intro line the most times. He said the famous cold-open closer about 70 times during his 14 years on the show. 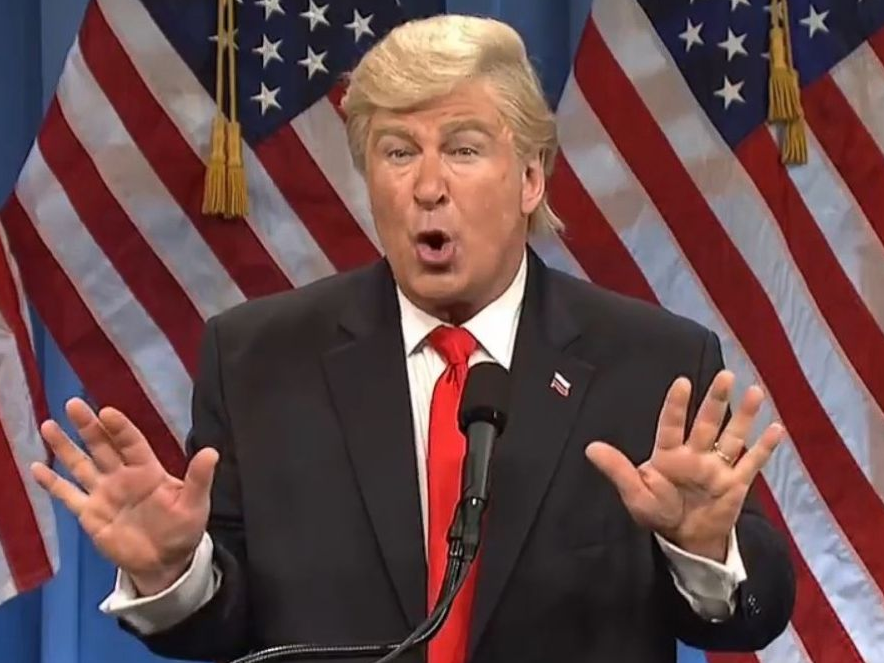 Alec Baldwin has racked up the most hosting gigs. As of February 2017, he’s done it a whopping 17 times, according to NBC.

Stars like Steve Martin, John Goodman, and Tom Hanks have also hosted the show over a dozen times.

Tina Fey was the first woman to be a head writer on the show. 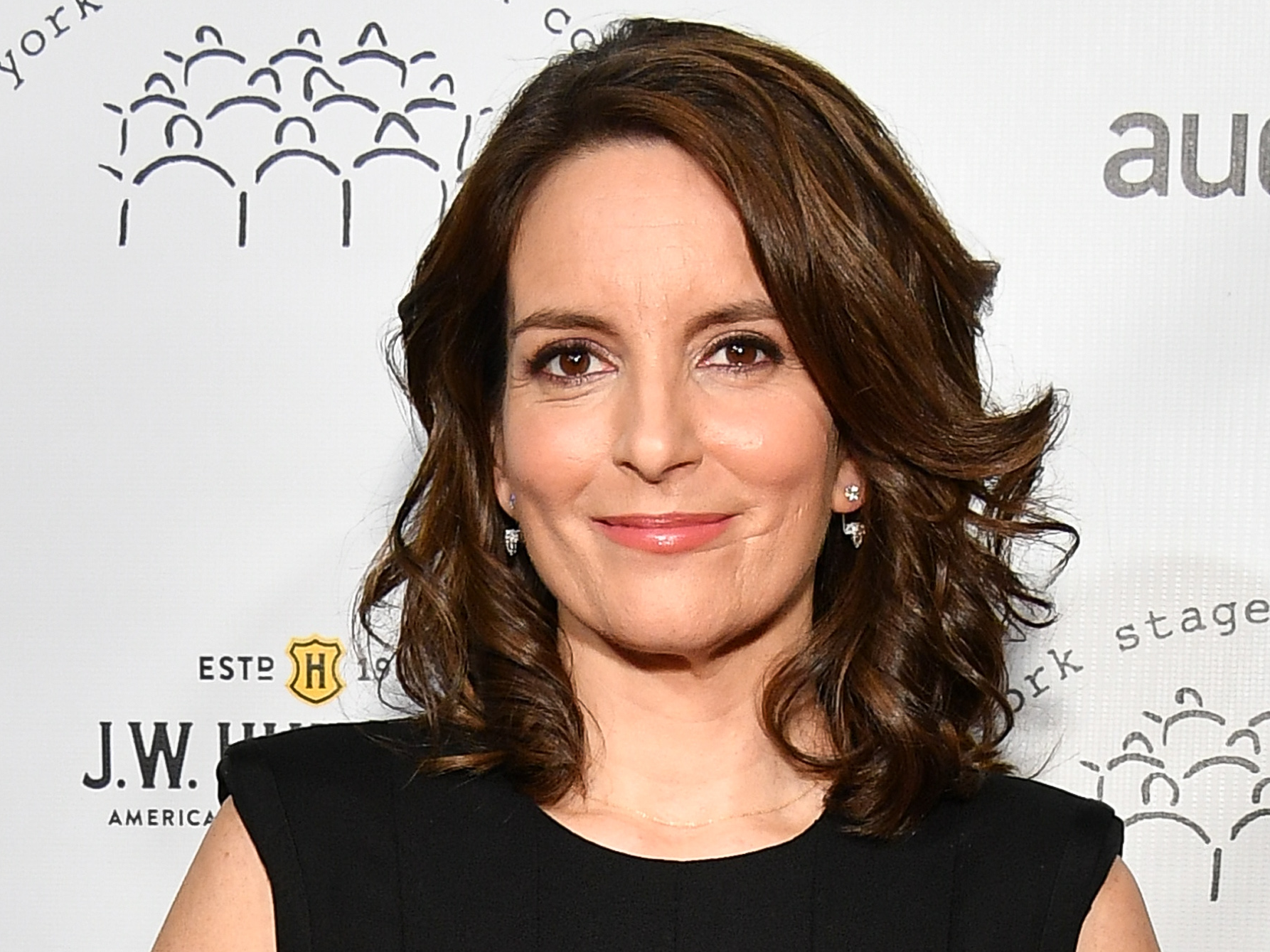 Getty ImagesTina Fey was a writer and performer on ‘SNL.’

In 1999, Tina Fey became the first woman head writer for “SNL,” after starting with the show two years prior.

She left her post a few years later to develop the hit NBC sitcom “30 Rock.” 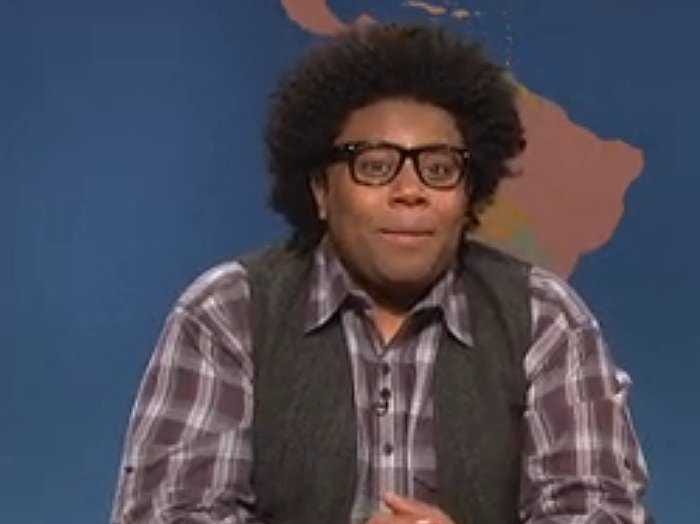 SNLKenan Thompson has been on the show for over 15 seasons.

Kenan Thompson was born May 10, 1978, making him the first “SNL” cast member who was born after the show premiered.

The actor is still one of the leading stars on the show, and in 2018, after 15 seasons, he officially became the longest-running cast member.

There are dozens of sketches that don’t air each week. 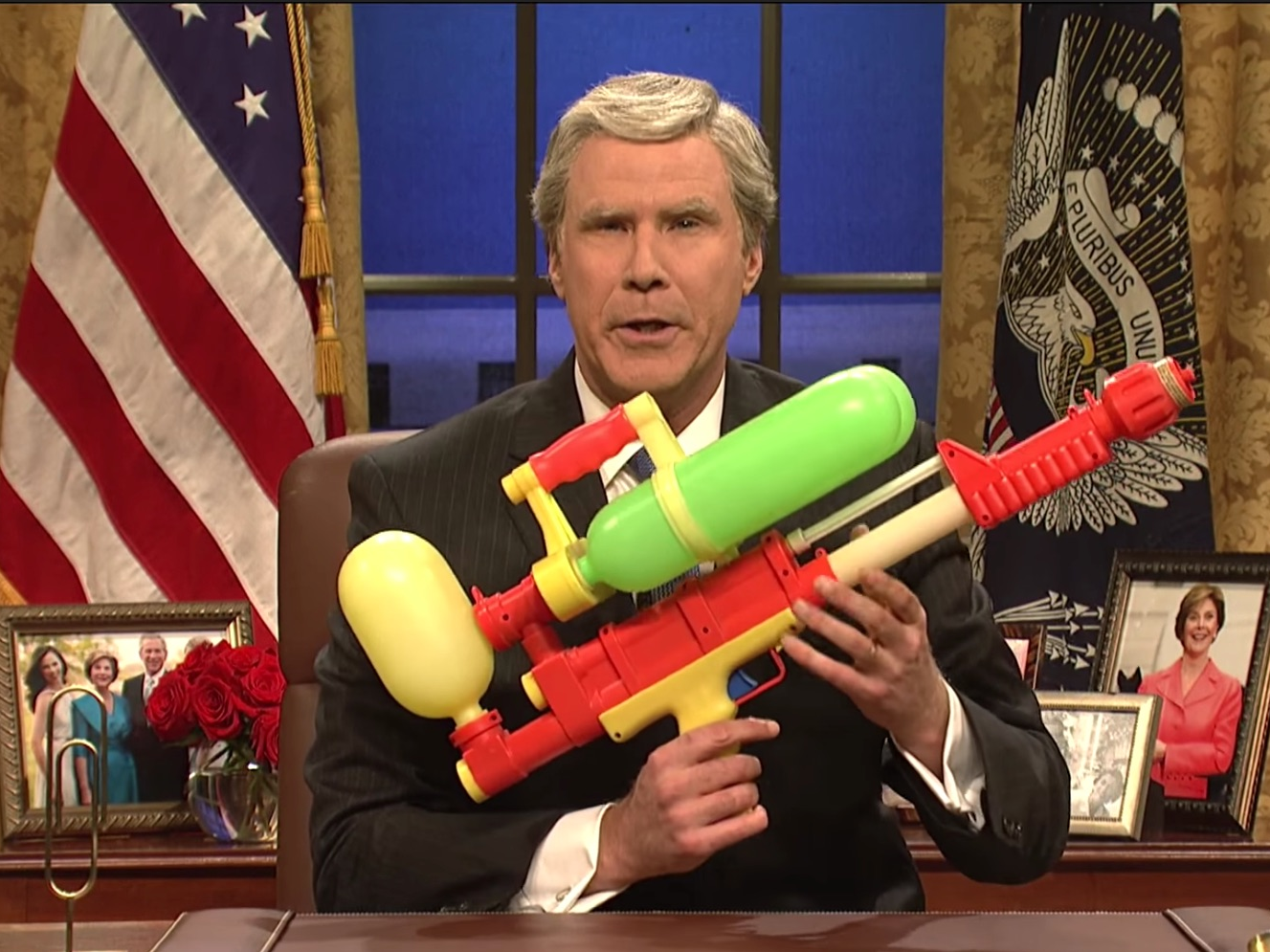 The series’ writers prepare 40 to 50 sketches every week, but only eight are used for each episode, per The New York Times. 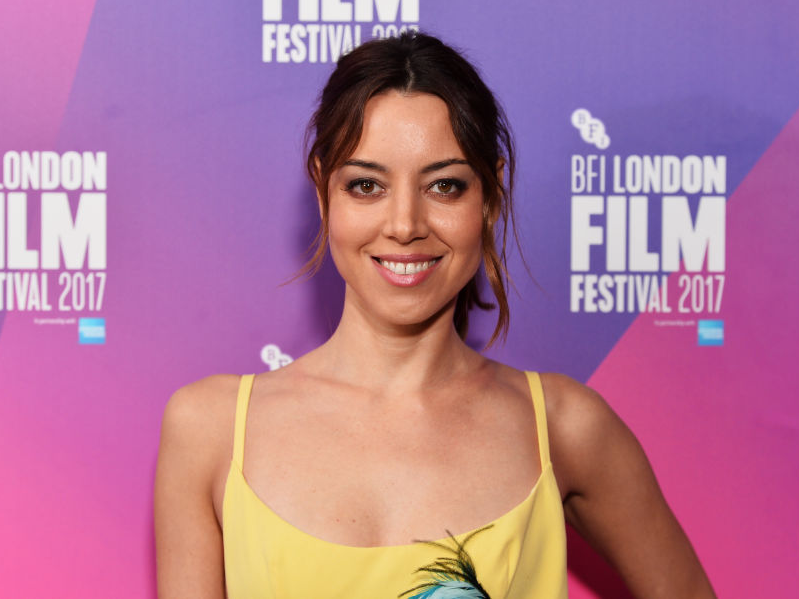 In 2005, actress Aubrey Plaza interned at “SNL.” Three years later, she landed an audition for the show, but she didn’t make the cut.

The experience she had, however, did lead to her getting cast in the film “Funny People” and moving from New York to Los Angeles.

“And I never left here. I was cast on ‘Parks and Rec’ and ‘Scott Pilgrim vs. the World,’ and it was all happening back to back,” she told The Guardian in 2012. “So I was thinking, ‘After this, I’ll go back.’ And then ‘Parks’ just kept going. Which is a good thing, but it was kind of abrupt.”

Although “SNL” was always Mindy Kaling’s dream, she ended up turning her shot down for “The Office.” 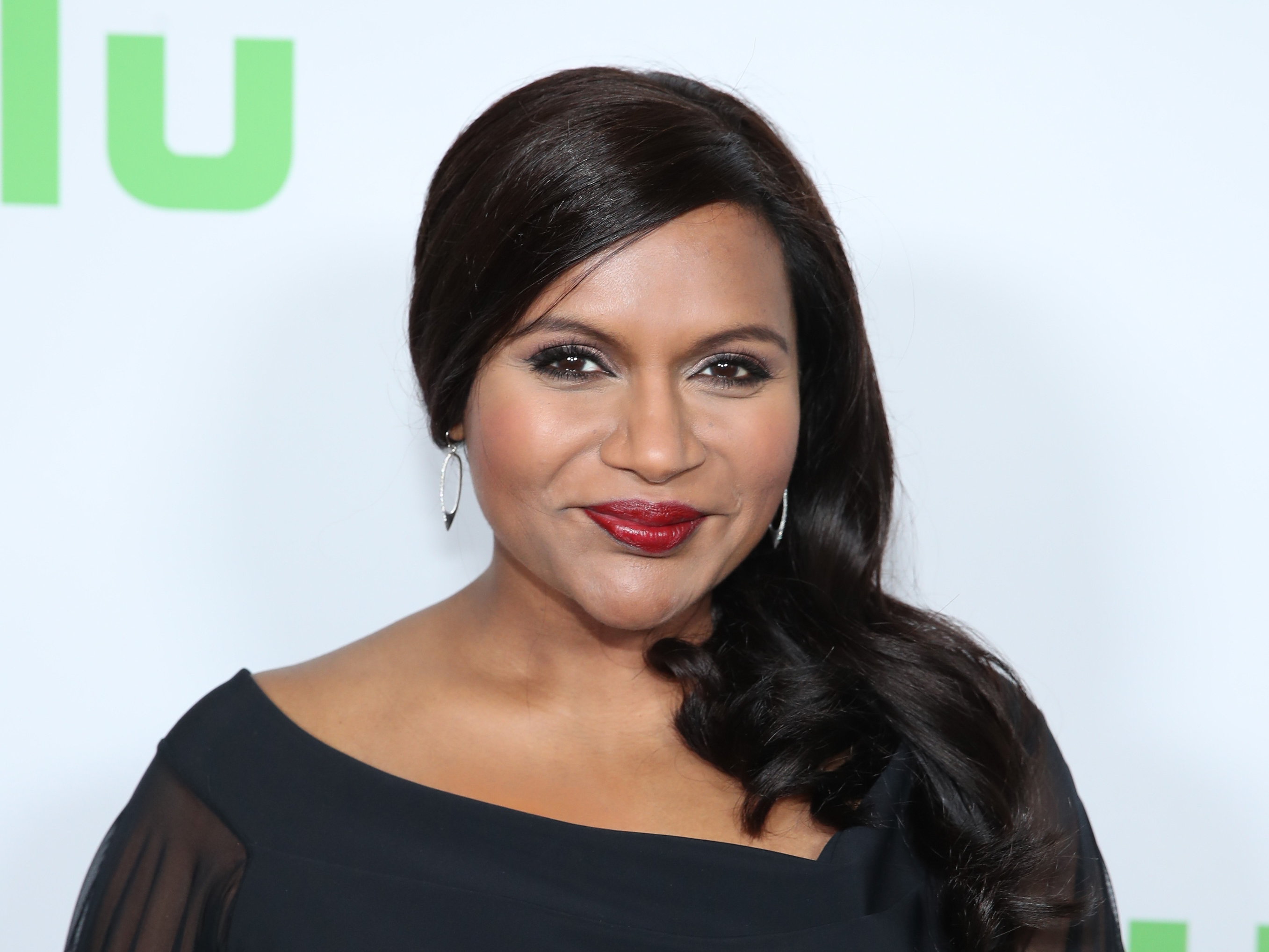 Jonathan Leibson/Getty ImagesMindy Kaling is a long-time fan of ‘SNL.’

She was later offered a job to write for “SNL,” not too long after NBC’s “The Office” premiered, but she couldn’t break her contract for the sitcom and therefore had to reluctantly turn the “SNL” job down.

However, she was able to guest-write for the show shortly after turning down her offer. 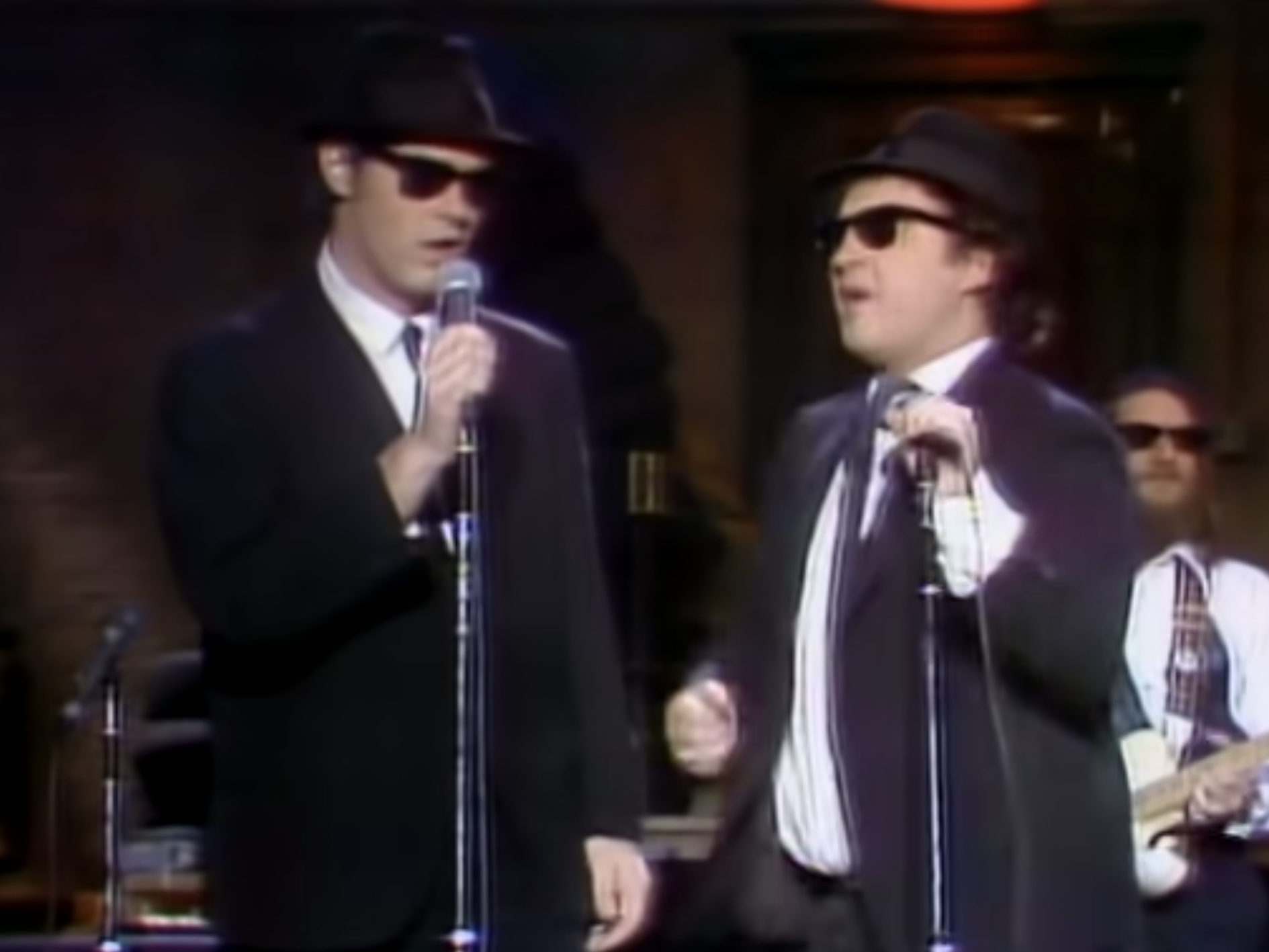 NBCDan Aykroyd and John Belushi were well known for their ‘Blues Brothers’ sketch.

According to a 1989 feature published by People for the 15th anniversary of “SNL,” manager Bernie Brillstein said that original cast members Dan Aykroyd and John Belushi shared an office at NBC – and they kept a set of bunk beds there.

“They used to sleep there, and talk about stink,” he said.

The women of the original cast had to share a dressing room for the first three years. In the same 1989 People article, Jane Curtin, who was one of the three women in the show’s original cast, said that she had to share a dressing room with Laraine Newman and Gilda Radner for the first three years of “SNL.”

“It was tiny, but there were times when that was the only place to go to get any sort of peace,” she said. “Gilda was doing a lot of interviews, and the only place she could go was in our dressing room. Laraine and I would sit there in that very, very small room and act nonchalant.”

Fey and Amy Poehler were the first all-women team to host “Weekend Update.” 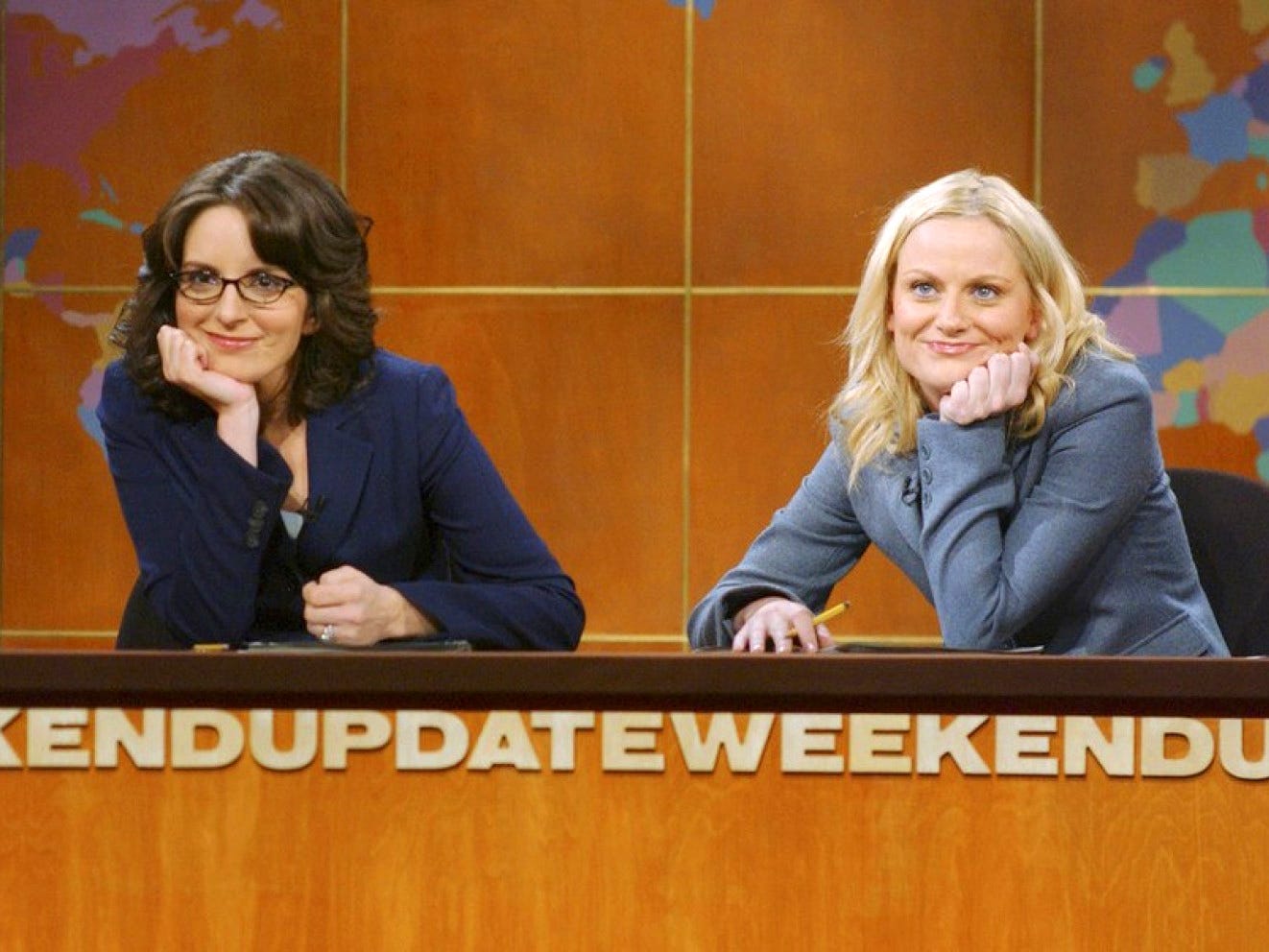 NBC/’Saturday Night Live’Tina Fey and Amy Poehler are well known for their time on ‘SNL.’

Although Curtin paved the way as the first woman to coanchor the long-running “SNL” segment, when Amy Poehler joined Fey – who had been anchoring with Jimmy Fallon since 2000 – on the “Weekend Update” desk in 2004, they were the first two-woman team.

So far, they’re the only ones since as well.

Drew Barrymore is the youngest person to ever host “SNL,” and Betty White is the oldest. Drew Barrymore became the youngest person to host “SNL” when she appeared on the show in November 1989 at the age of 7.

On the other side of the spectrum, when Betty White hosted the show in May 2010 at the age of 88, she broke the record for the oldest host.

Fey said that the men who worked on the show would pee in cups or jars in their offices. In a 2011 article that Fey wrote for The New Yorker, the comedian said she was introduced to an alarming practice when she started working on “SNL”: The men would pee in cups or jars in their offices instead of going to the bathroom.

“When I reached to move a paper cup that was in front of it, Steve [Higgins] jumped up. ‘Don’t touch that,’ he said. ‘Hang on,'” she wrote. “He grabbed the cup, and a couple of others like it around the office, and took them out of the room to dump them.”

Fey later learned that the cups were full of her boss’ urine.

“I had definitely never heard of anyone peeing in a cup and leaving it on a bookshelf in his office to evaporate back into his body through the pores on his face,” she added.

The crew has just over a minute to reset the stage for the monologue after the cold open. 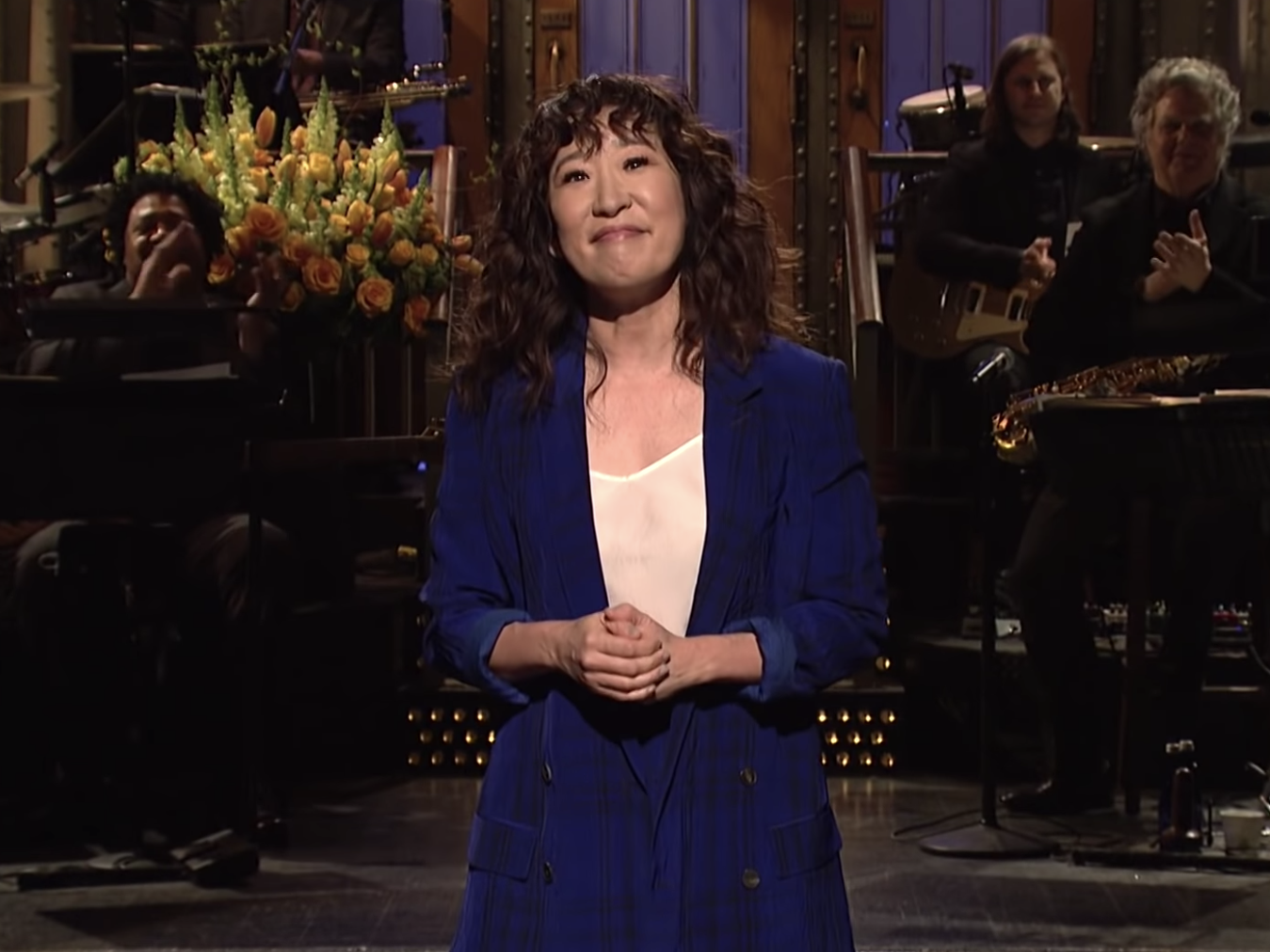 In 2016, the “SNL” official YouTube channel posted a behind-the-scenes video that showed how the cold open and the host’s monologue happen back-to-back on the same stage.

The video counts down the one minute and 35 seconds the crew has to break down the often elaborate set during the opening credits so that the iconic main stage is ready to go before that night’s host steps out.

When the series first aired, the cast made $US750 a show. In the 1989 People article, “SNL” creator and executive producer Michaels said that the original performers – often referred to as the “The Not Ready for Prime-Time Players” – all received the same compensation.

“The performers all got paid $US750 a show. Everybody lived at the offices at Rockefeller Centre, and they were generally much nicer than the places people were living in,” he said. 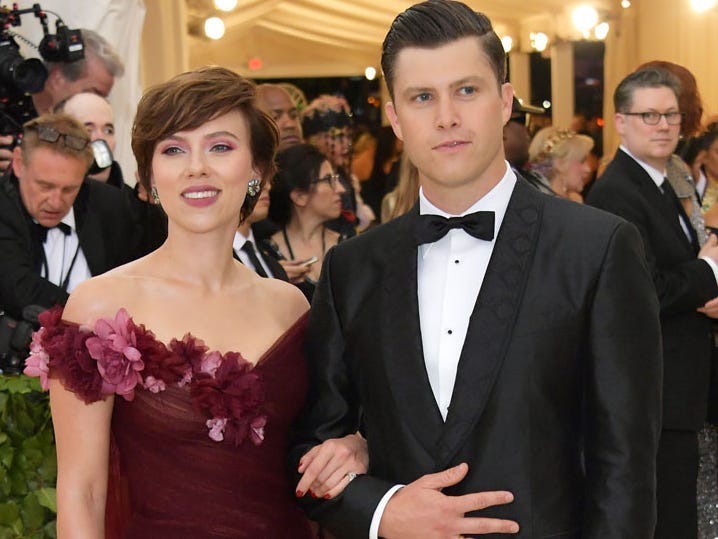 Neilson Barnard/Getty ImagesScarlett Johansson and Colin Jost have ‘SNL’ to thank for their relationship.

It turns out, several Hollywood couples met or connected for the first time on the late-night comedy show.

Scarlett Johansson and Colin Jost first met on the show in 2010 and were later set up on a date by “SNL” star Kate McKinnon before showing some PDA at a cast party in 2017.

Emma Stone and her now-husband Dave McCary met when she hosted the show back in 2016 and acted in the sketch “Wells for Boys,” which McCary directed. 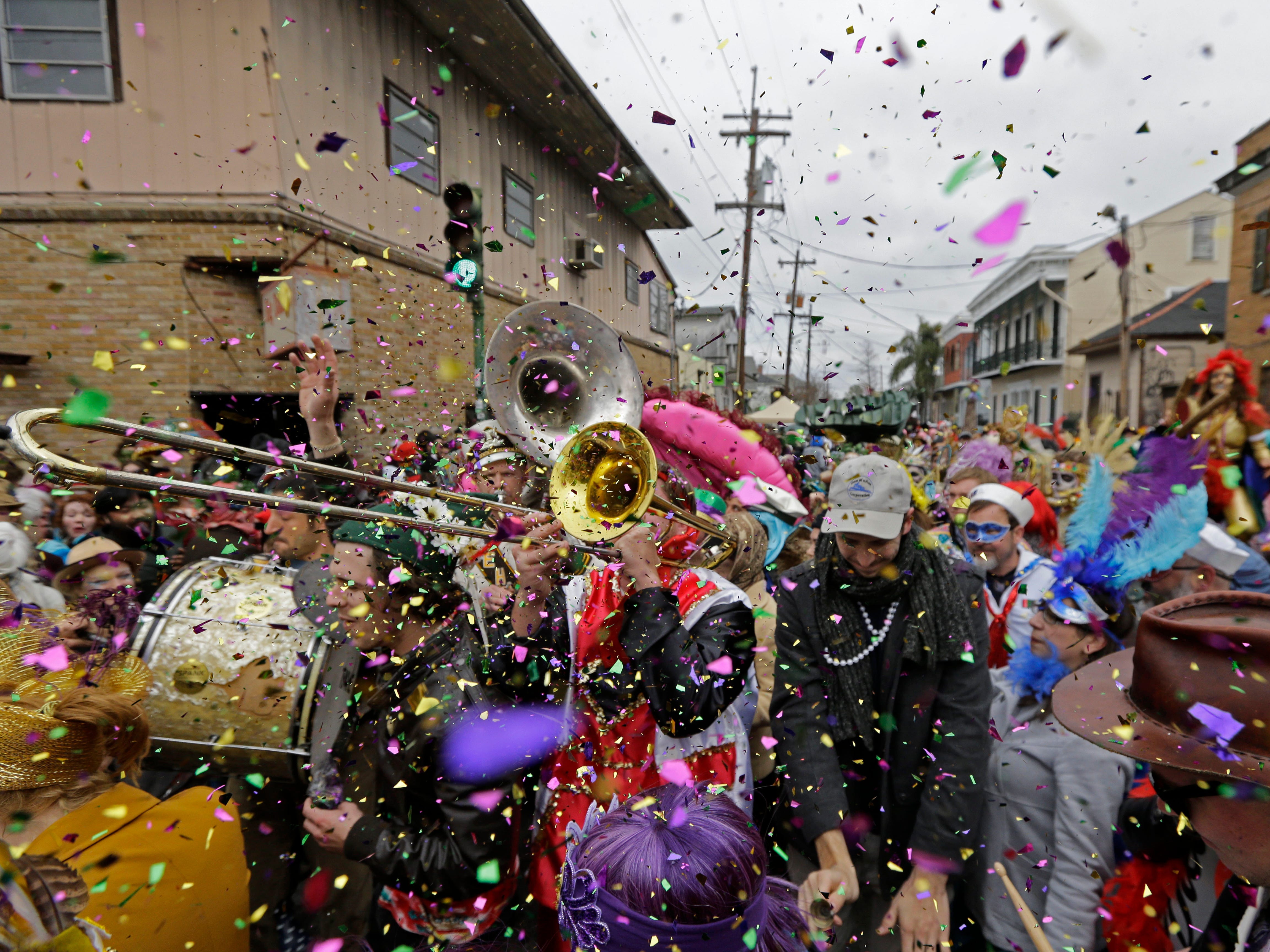 AP Photo/Gerald Herbert‘SNL’ did an episode in New Orleans in 1977.

After the success of the first season, Michaels decided to take the show on the road. In 1977, “SNL” taped a two-hour live special in New Orleans for Mardis Gras.

Prior to 2020’s “SNL at Home” amid the coronavirus pandemic, this is the only time the show wasn’t filmed at 30 Rockefeller Plaza in New York City during its regular season.

Comedian John Mulaney wrote on “SNL” for years, and Michaels helped him get his own show after he left. 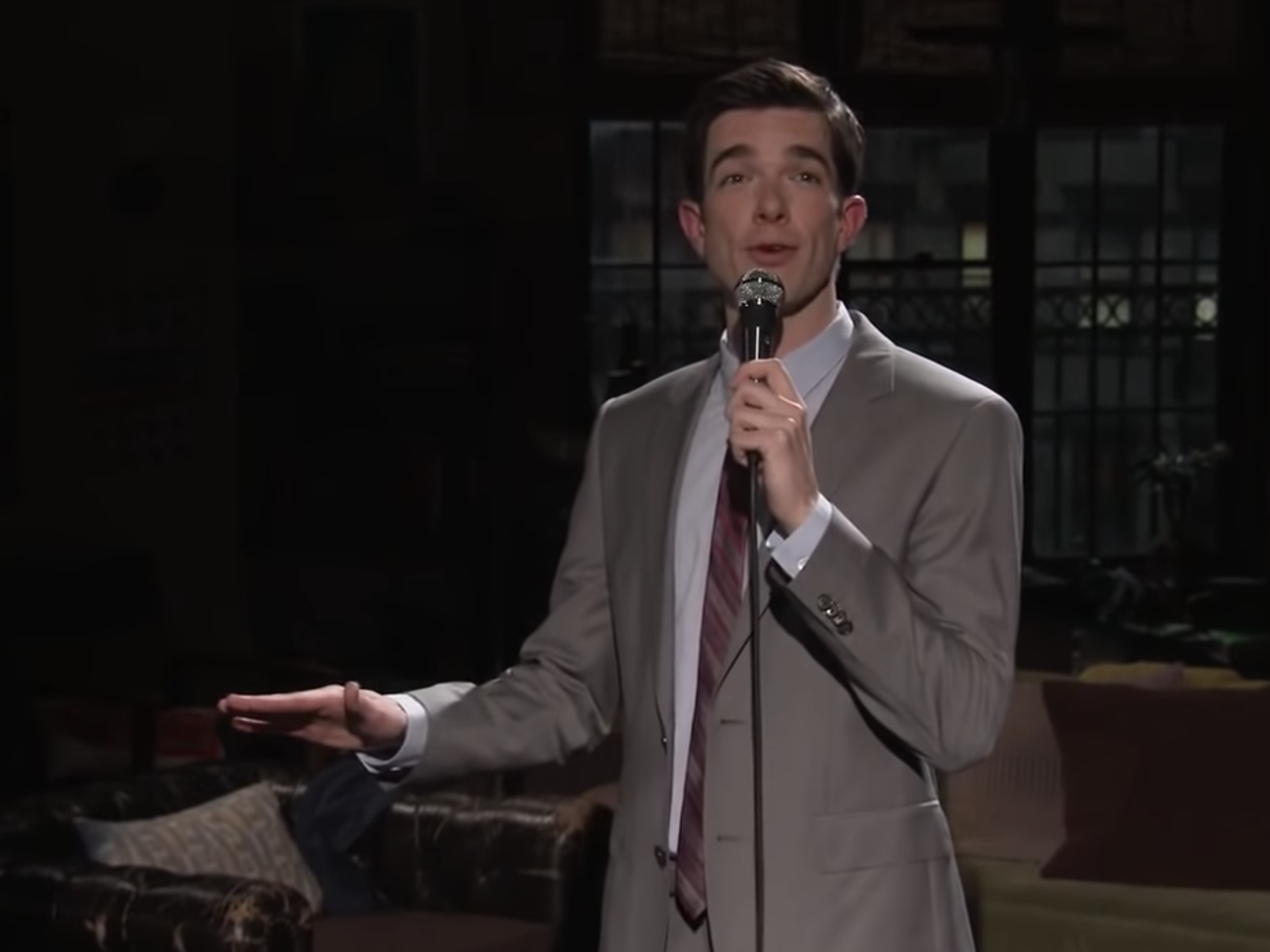 FoxJohn Mulaney got his start on ‘SNL.’

Today, John Mulaney is known for his Netflix comedy specials, but he launched his career by writing for “SNL.”

When he was getting ready to leave the show in 2012, he met with Michaels to tell him he wasn’t coming back and to ask about developing a show together. The sitcom “Mulaney,” produced by Michaels, ran for one season on Fox in 2014 before getting cancelled.

“The last episode of [‘Mulaney’] aired on Fox against the ‘SNL’ 40th anniversary,” Mulaney said during his “SNL Stories from the Show” interview in 2020. “I was at the ‘SNL’ 40th, not watching my own show.”

Several iconic movies were based on popular “SNL” sketches. 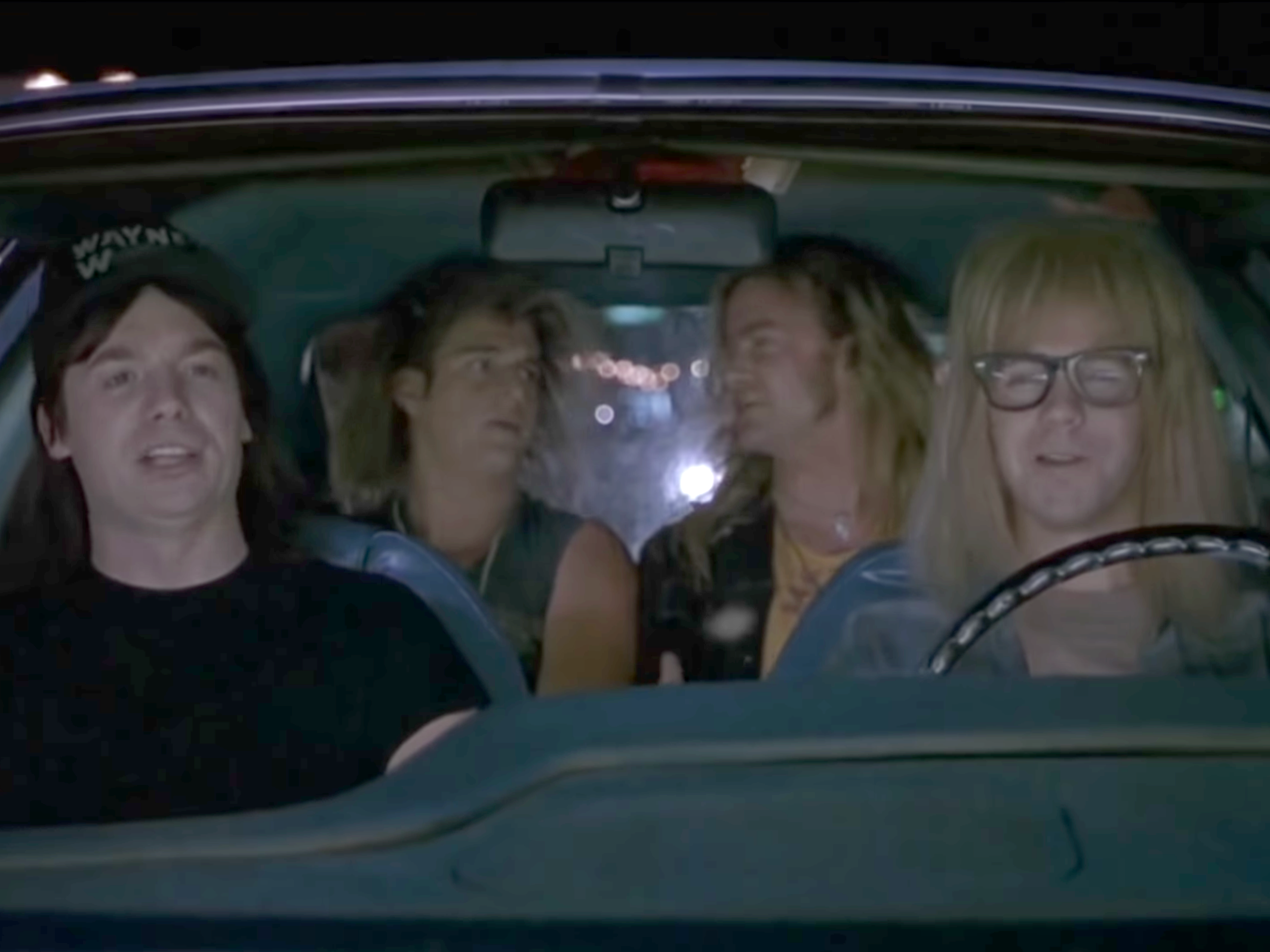