A photographer takes aerial photos of America's farmland, and it will show you a surprisingly beautiful side of agriculture 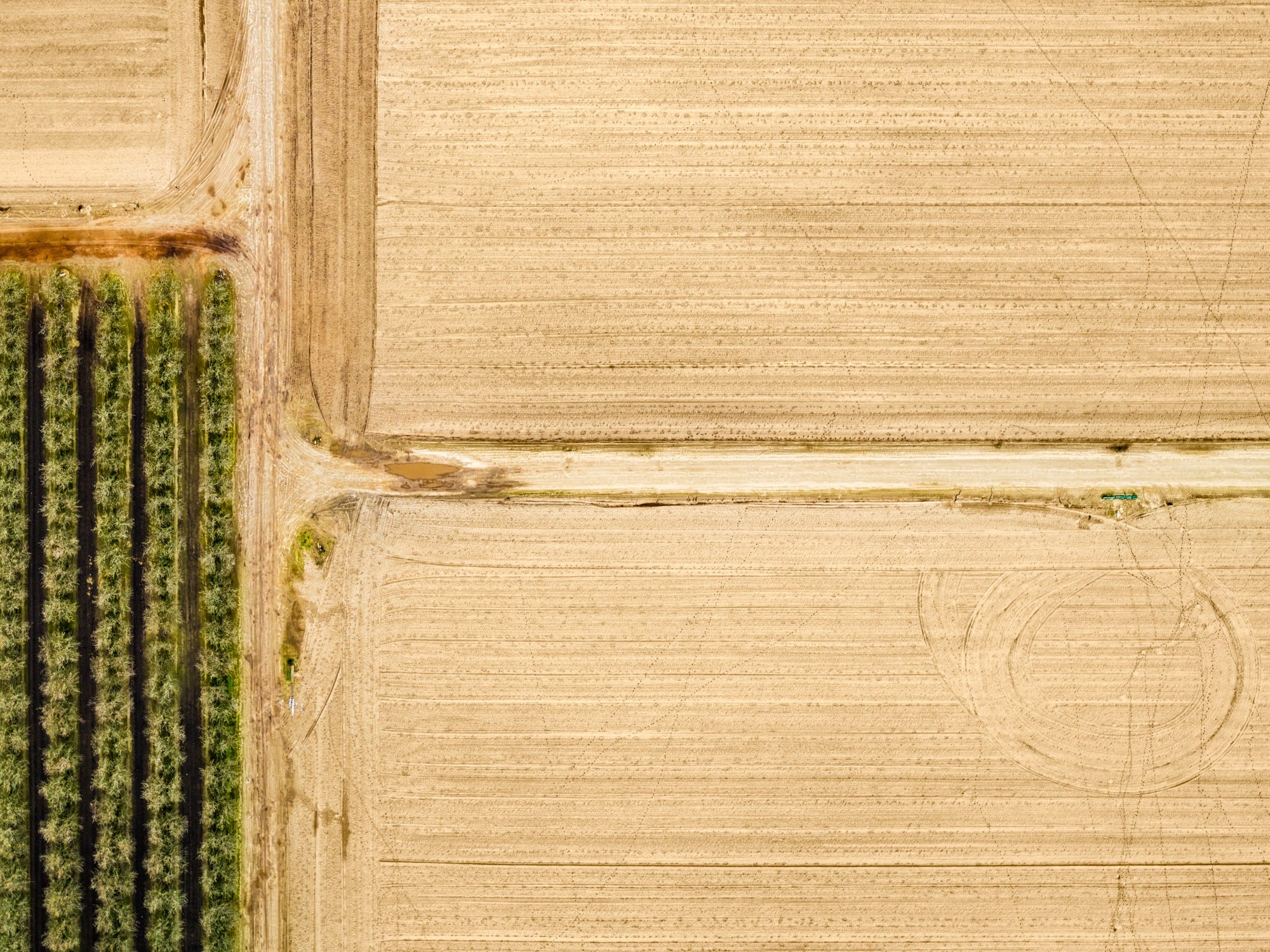 Courtesy of Mitch RouseFarm photographed from the sky.

When driving across America, you’ll see countless miles of farmland. For some, it may seem like a repetitive landscape, but one photographer has brought a new perspective to American agriculture.

Mitch Rouse, an aerial photographer from Wyoming, has photographed the state’s farmland from the sky, revealing the satisfying patterns and alluring colours of the landscape.

Here are 12 of Rouse’s best photographs and how he captures the agricultural industry from the air.

Mitch Rouse started taking photos from the sky because he wanted to create something unique. 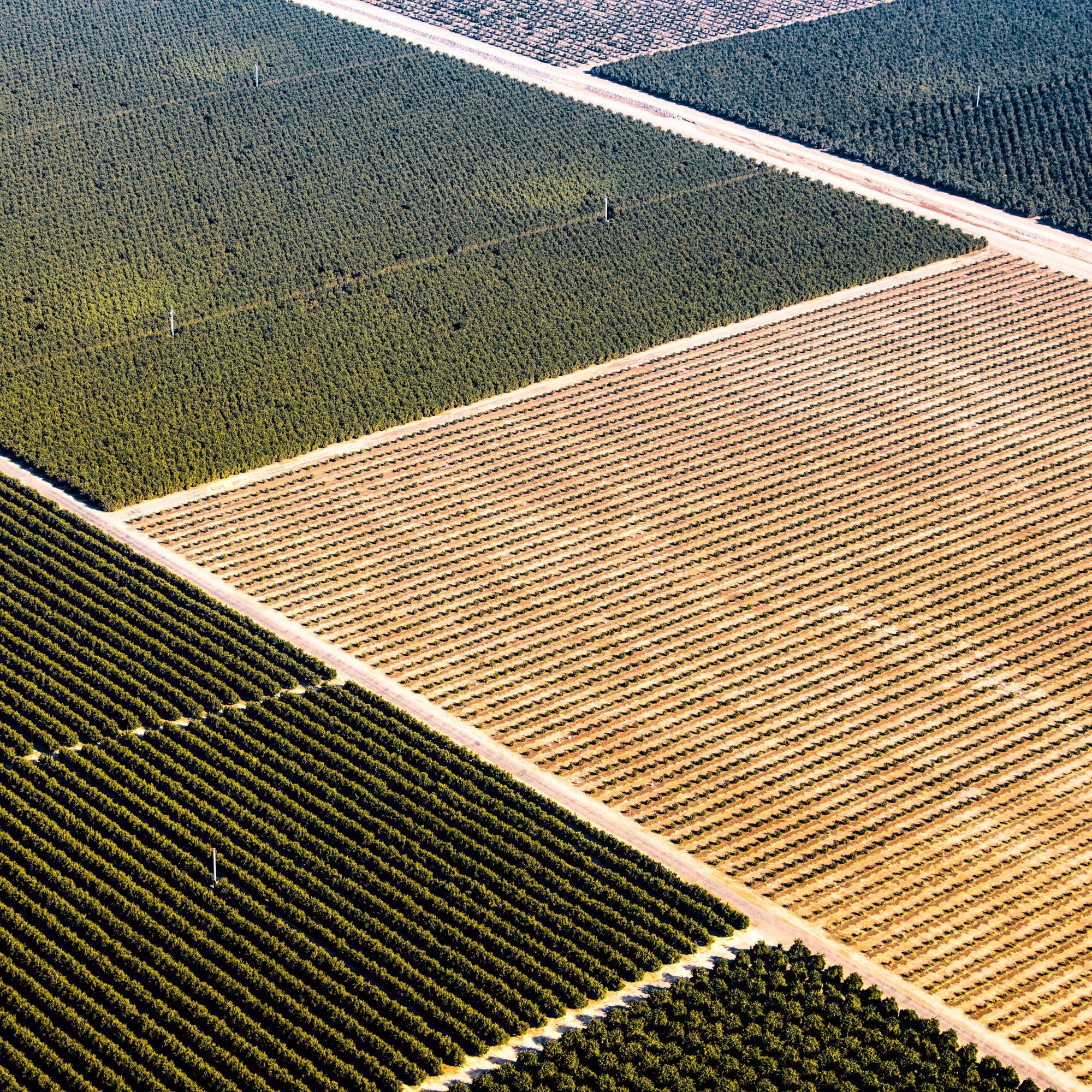 Courtesy of Mitch RouseFarmland in Wyoming.

The photographer said he wanted to take pictures of landscapes, but he was worried that his photos would just get lost in the photography already out there.

“I wanted something unique,” Rouse told Insider. “I wanted something original, and I found that just shooting terrestrial landscapes you end up with photographs that look a lot like photographs other people have taken. For example, if you go to Yosemite there are not many views in Yosemite that haven’t been photographed by hundreds, if not thousands, of other people. They all have their style to them but … it’s so saturated that it’s easy to get lost in the noise.”

In his attempt to find different techniques, Rouse turned to aerial photography. 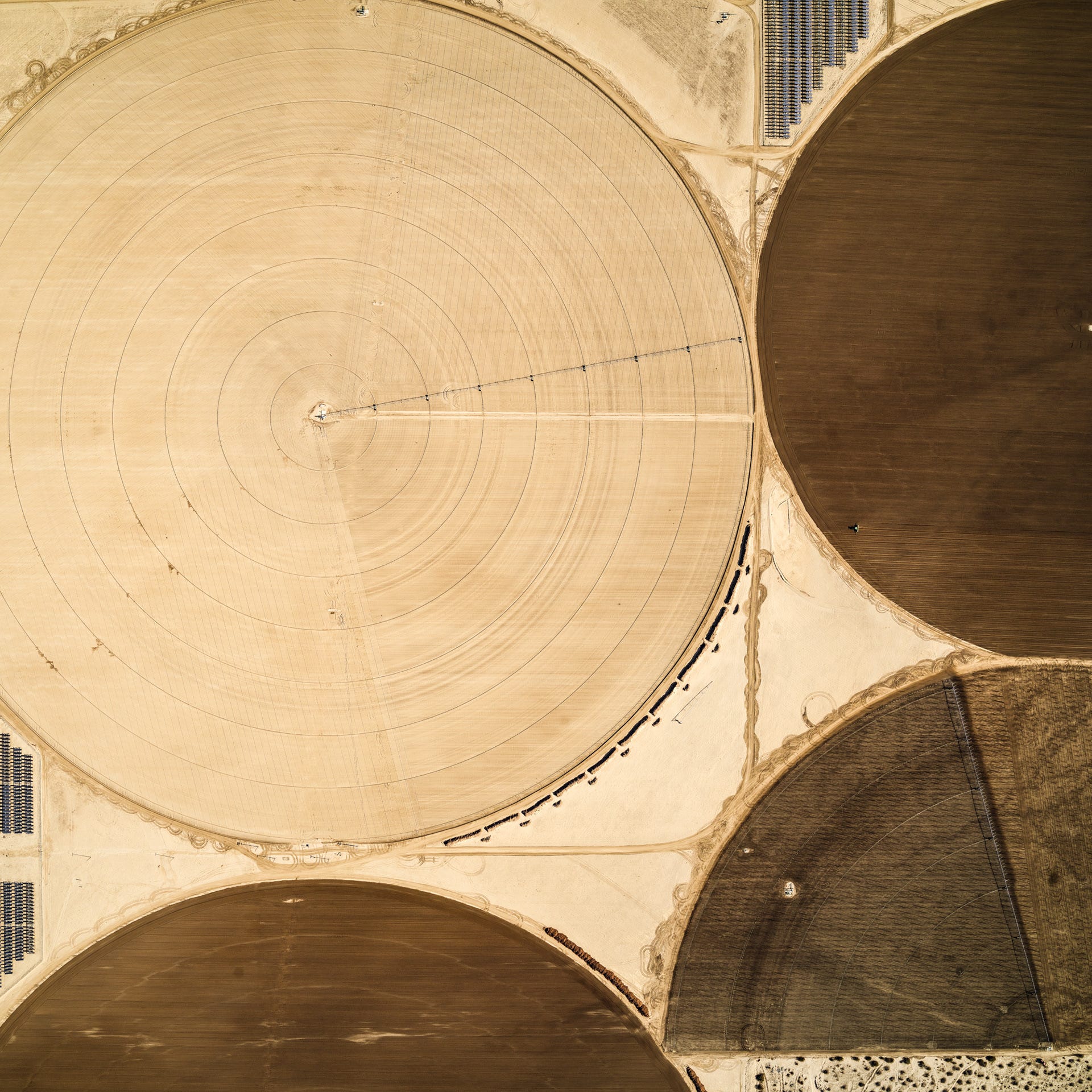 “I just wanted to find myself a niche and something that I could grow and be proud of,” he said. “That desire led me to aerial photography, and it doesn’t hurt that it’s always so much fun going up in the air and flying around in a helicopter making photographs. You can’t beat it.”

He started flying on a fixed-wing plane and pointed his camera straight down at the landscape. 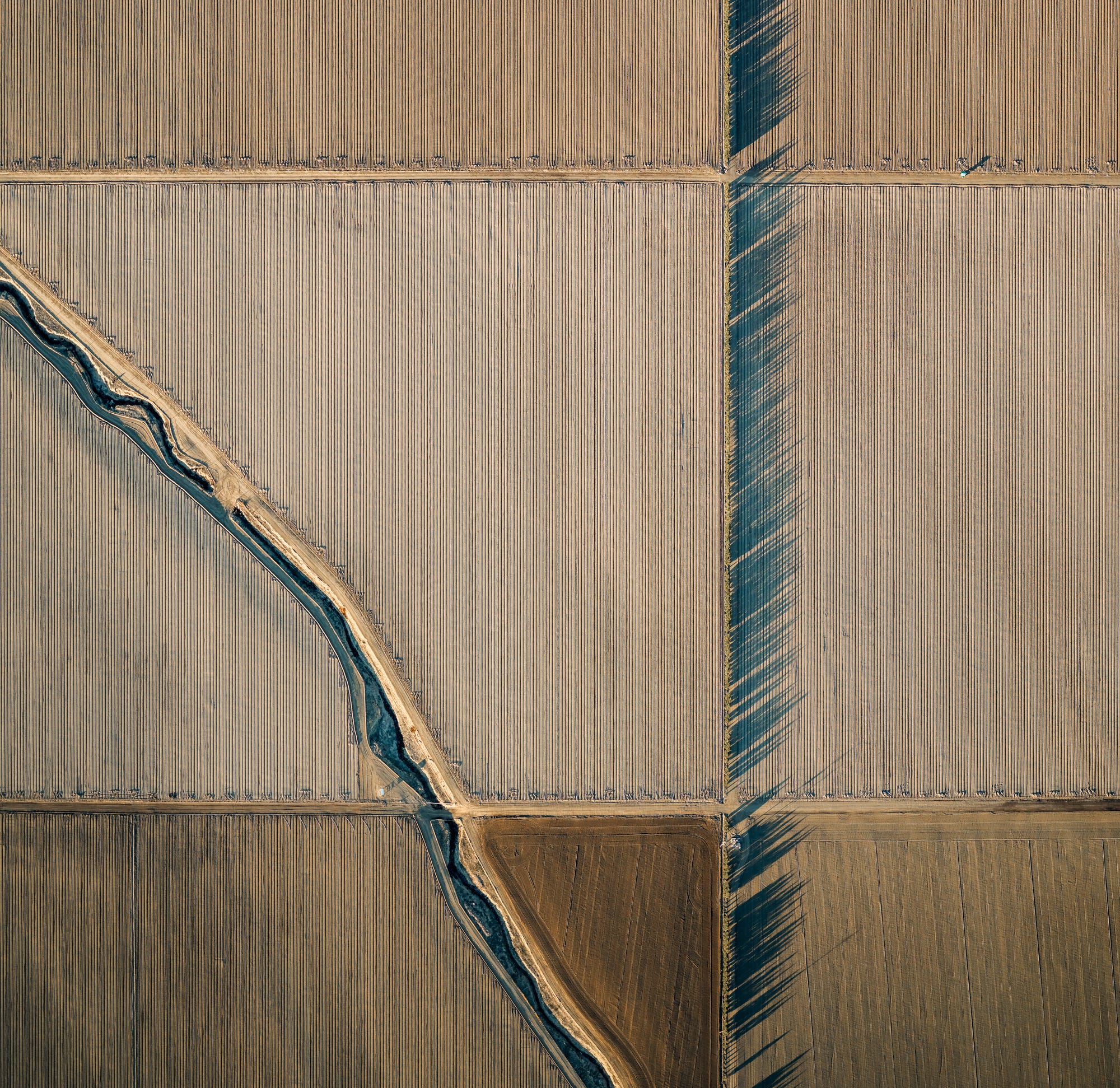 Today, he chooses to fly in a helicopter because it’s easier to manoeuvre and to stay in one place to capture a photo. He typically goes up in the sky with a lot of equipment to capture the perfect image, but that’s something he wants to change.

“This year I think I’m going to loosen up on the tech and just stick the camera out the door and try it the old-fashioned way,” he said.

In the beginning, however, it wasn’t his intention to photograph farmland. 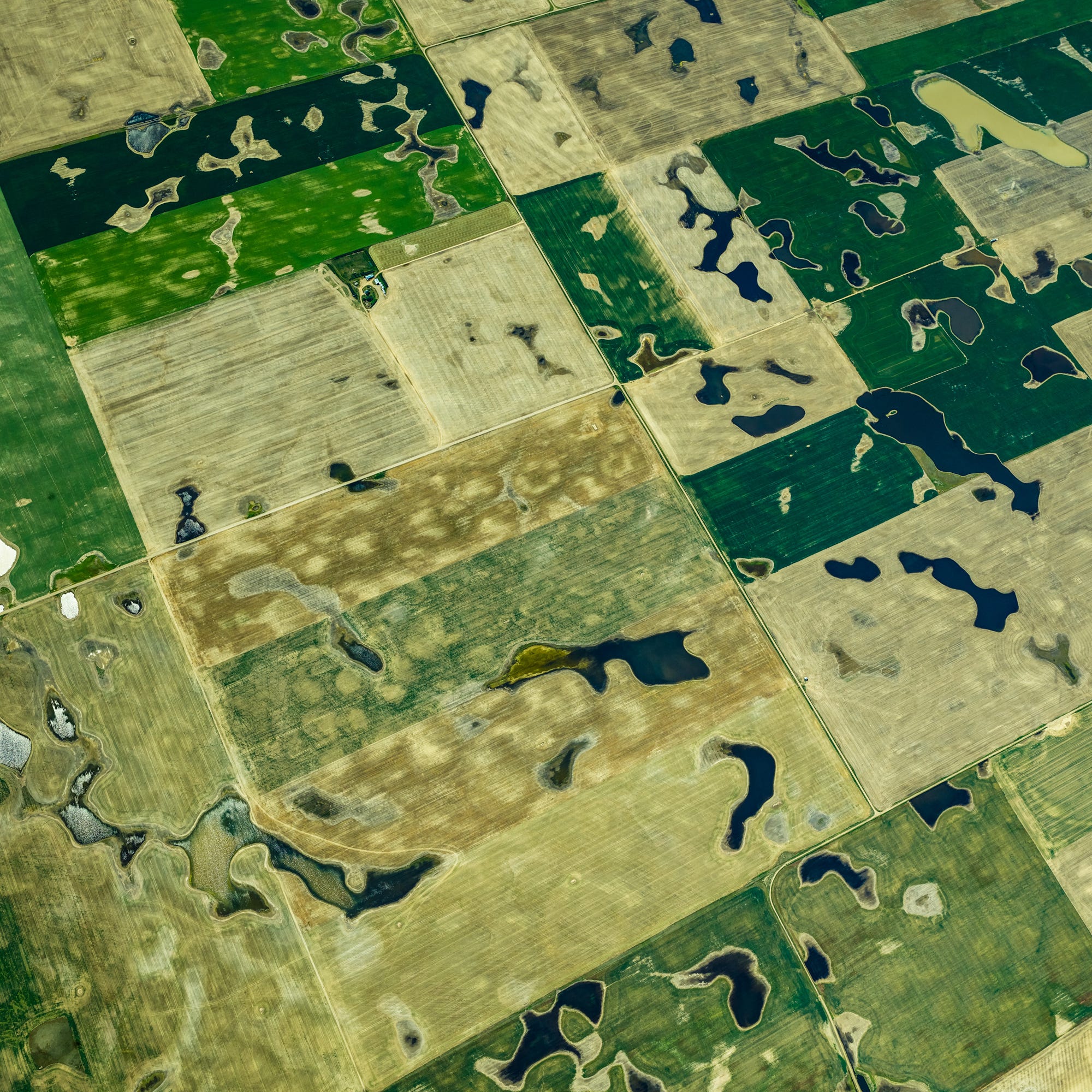 Courtesy of Mitch RouseThe greenery of the farmland.

Rouse originally started taking pictures of large landscapes like the Canyonlands National Park and rugged coastlines. But on the way to those destinations, he would take pictures of everything he saw down below. Since he lives in Wyoming, that means he was flying over a lot of farms.

“It’s kind of hard not to take photographs of farmland being based in Wyoming,” Rouse said. “In order to get anywhere, you end up flying over miles and miles of crops. While flying I would basically survey the land and photograph where we flew over. Because of that process and being surrounded by endless landscapes of farmland, I just ended up with a ton of farmland photos.”

Quickly, Rouse fell in love with the different textures that existed in agricultural landscapes. 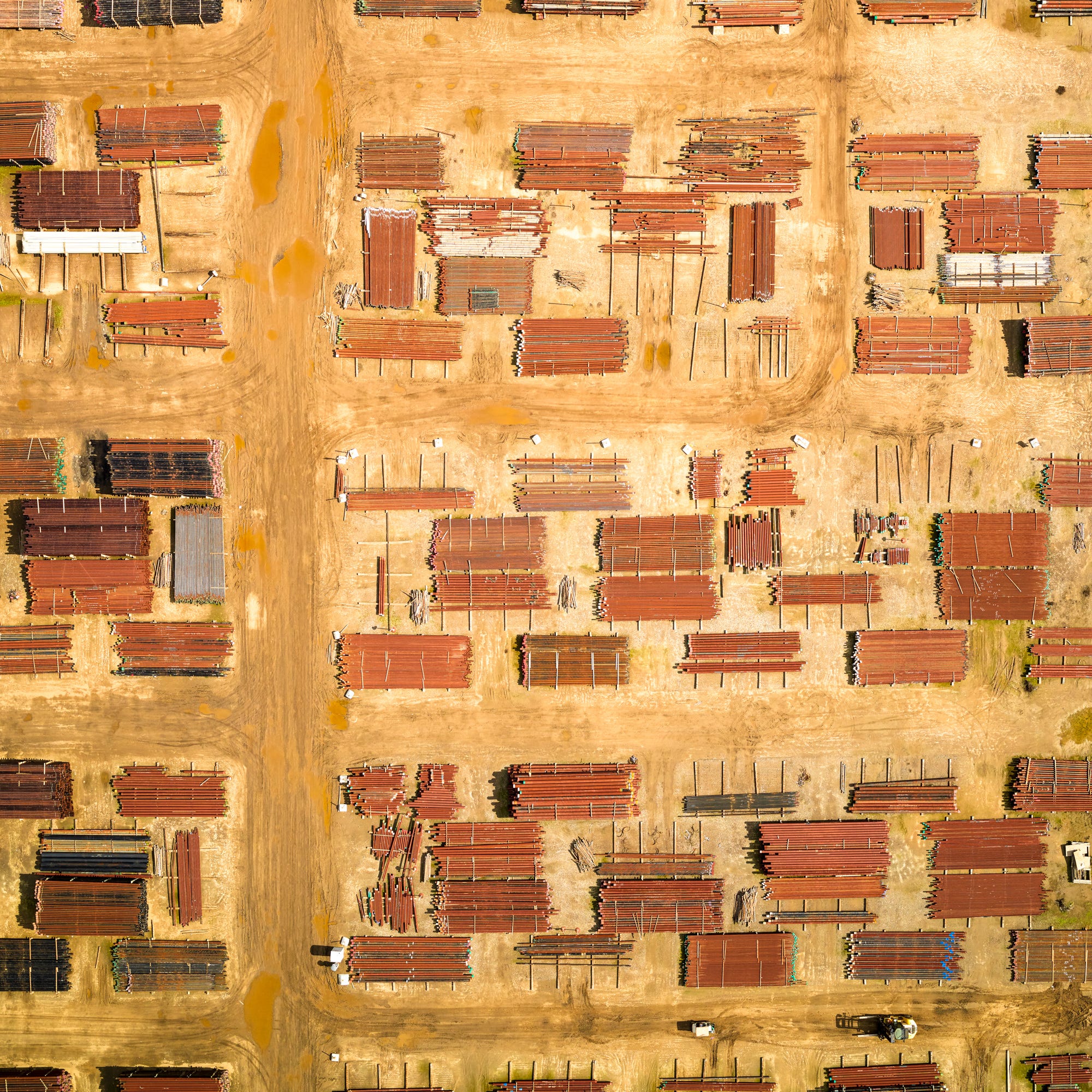 “They’re just not natural,” he said. “You can tell that they were planned and orchestrated with a very graphic quality to some of them.”

When flying over the American landscape, Rouse said the lines and patterns “beg to be photographed.” 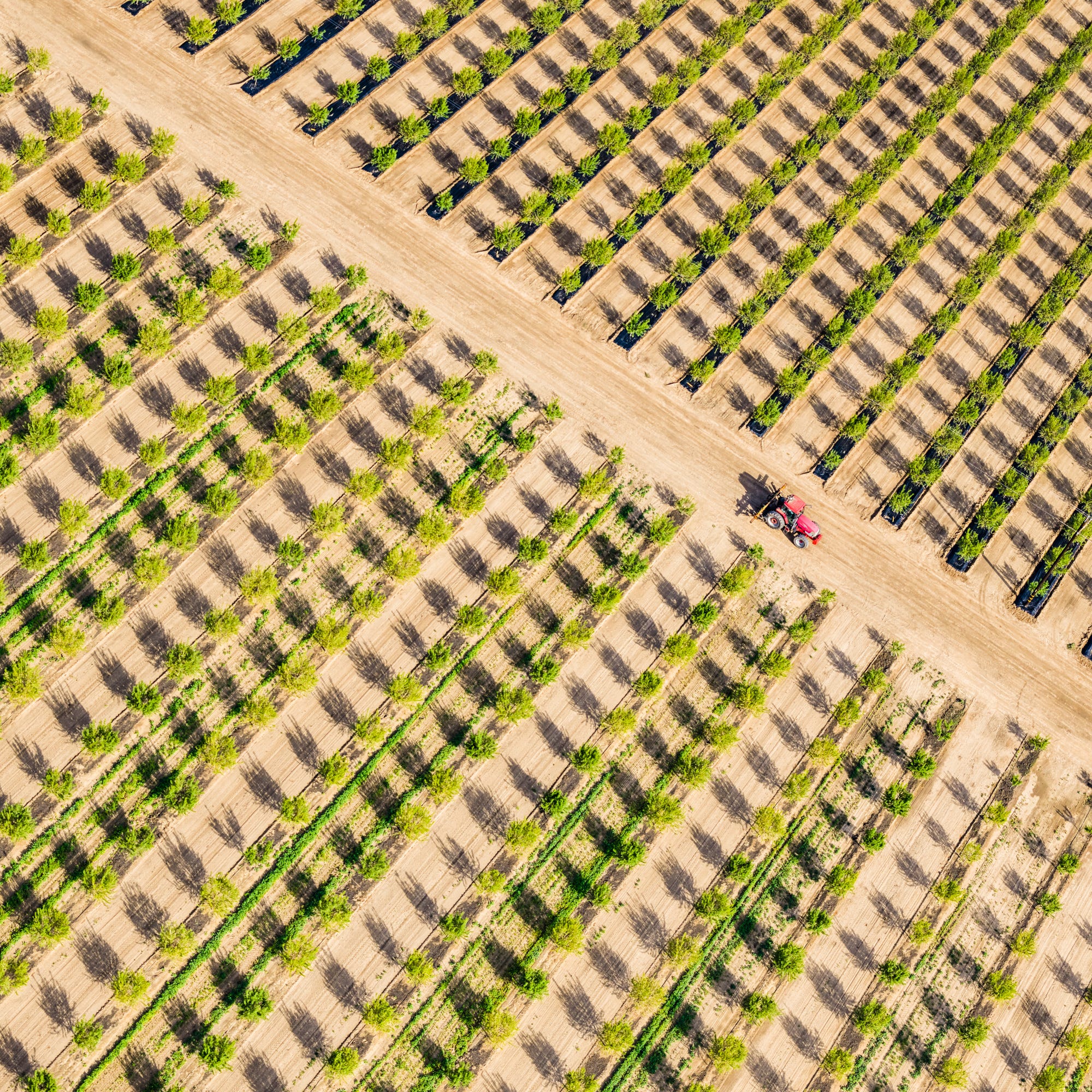 “Patterns are just really cool, and they stand out and make a statement,” he said. “Especially in the air, you see so much organic natural shapes and everything is unique. Suddenly you see massive rows and repeating patterns. Trees perfectly lined up just beg to be photographed.”

The lines and patterns in the farmland actually help Rouse take the perfect photo. 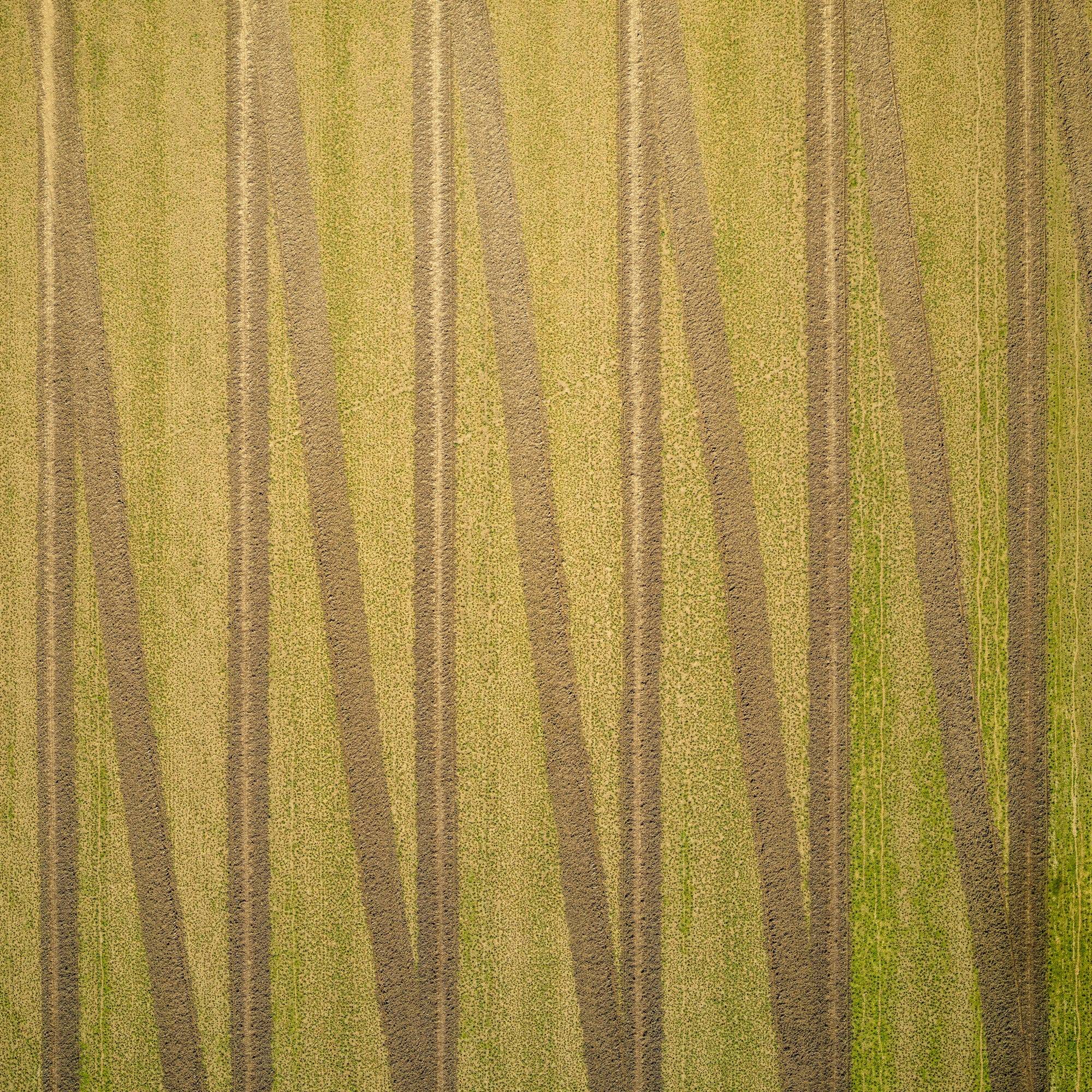 Courtesy of Mitch RouseLines are important.

“I like my images to have a graphic, almost abstract, quality to them, and I think that lines are great at representing that,” he said. “Lines give you base or structure as well. When you just have one or two lines crossing the image you can really then build your composition off of that. I find that in my work I more often than not will use lines to aid in creating an image’s composition.”

The result is satisfying photos that show the perfect symmetry of America’s farmland. 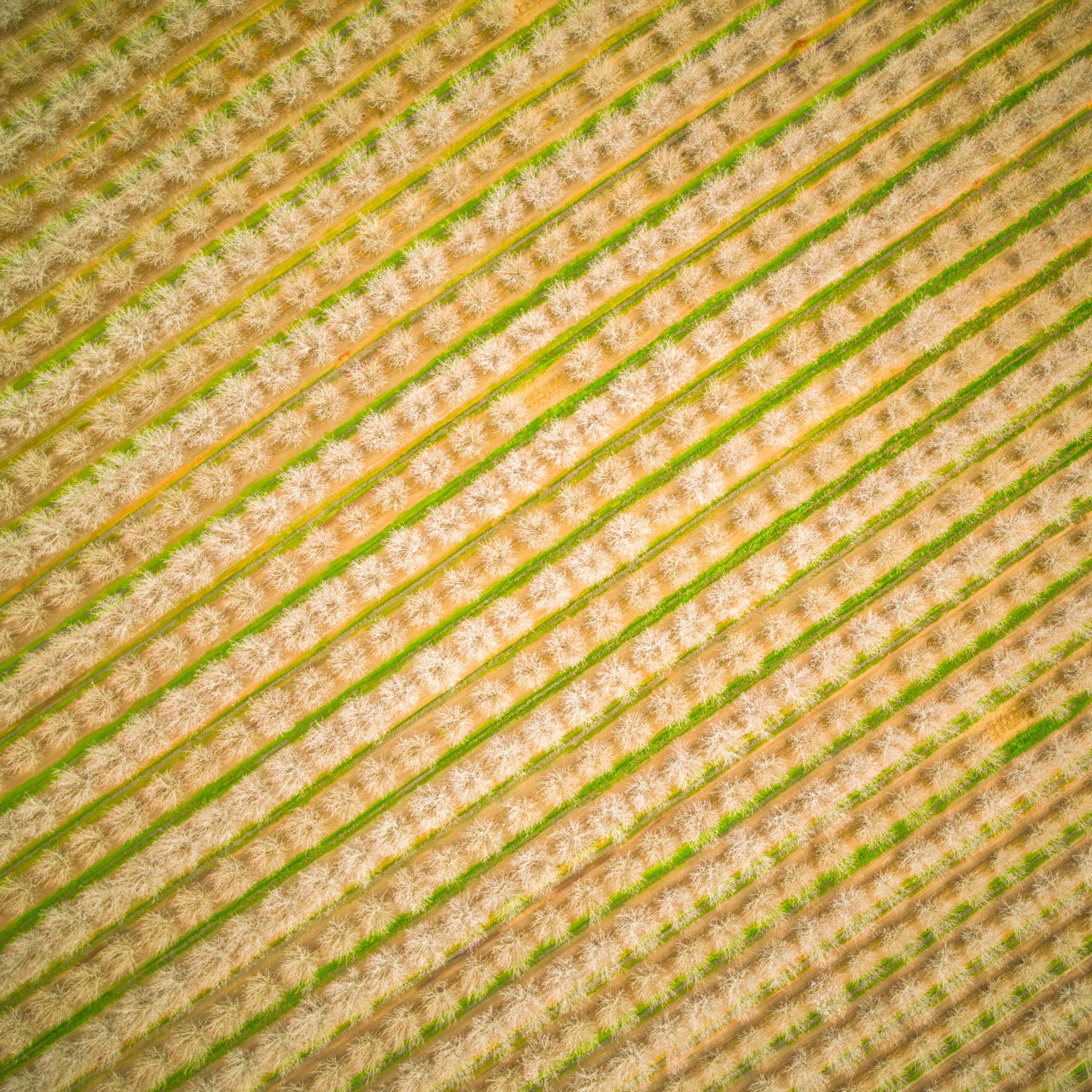 The yellow, orange, brown, and green colours complement each other perfectly.

Rouse’s photography isn’t always about the perfectly manicured lines, however. 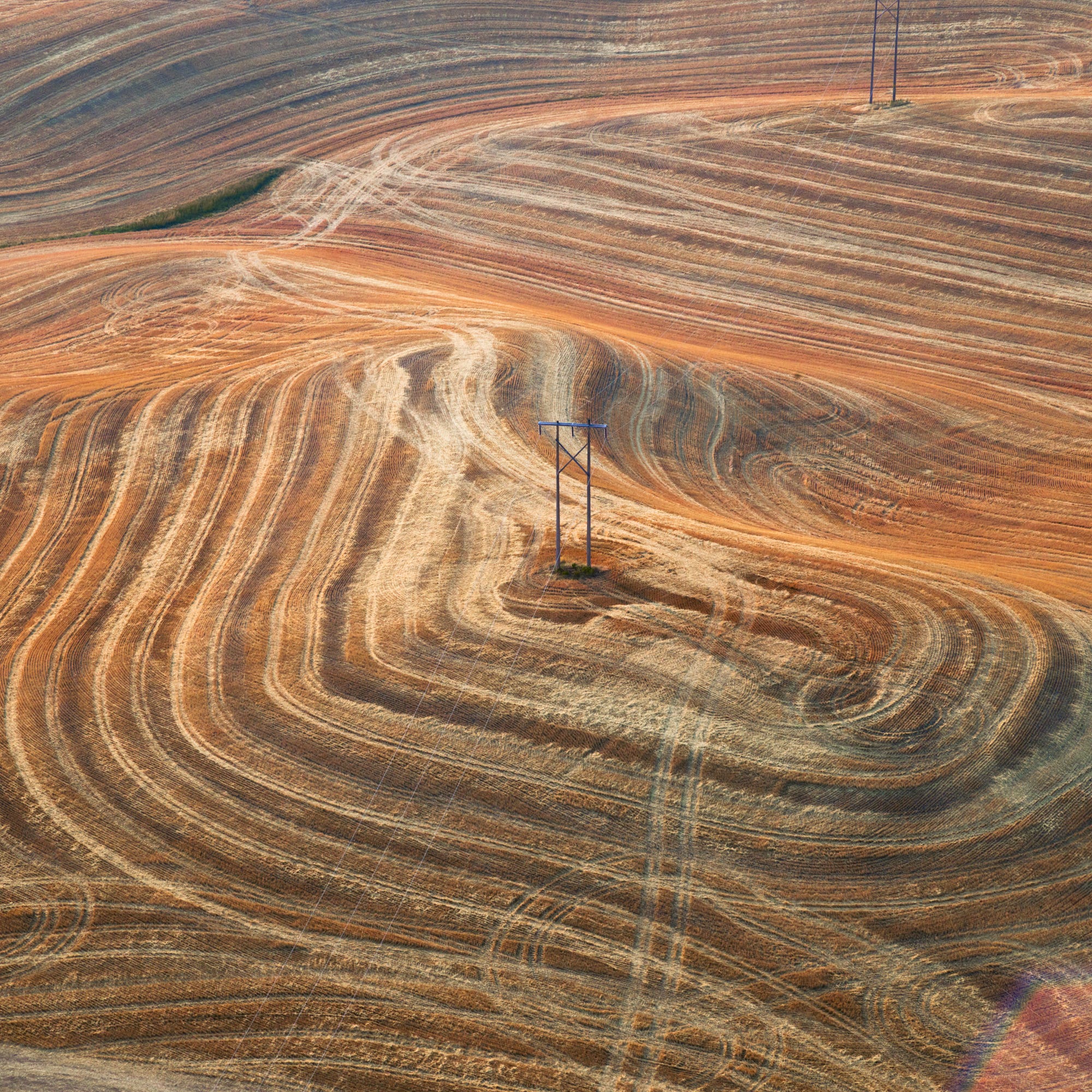 Rouse also captures photos of swirling farms to show the diversity of the industry.

Some images capture farmers in progress and bring movement to the collection. 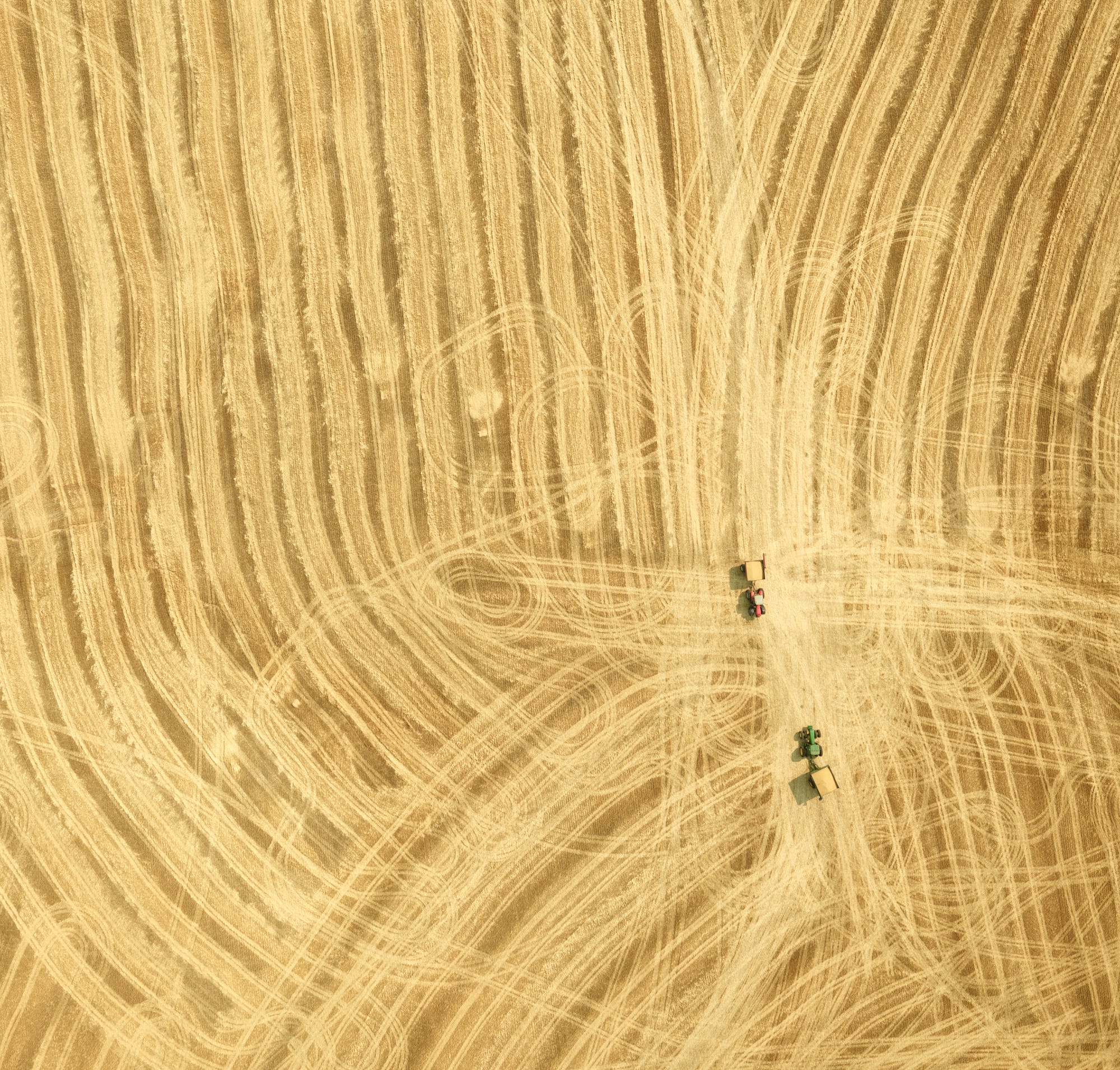 Courtesy of Mitch RouseMovement on the farms.

There are 2.6 million farmers and 2 million farms in the US, so there’s always something for Rouse to photograph.

But out of all the photos, this one is Rouse’s favourite. 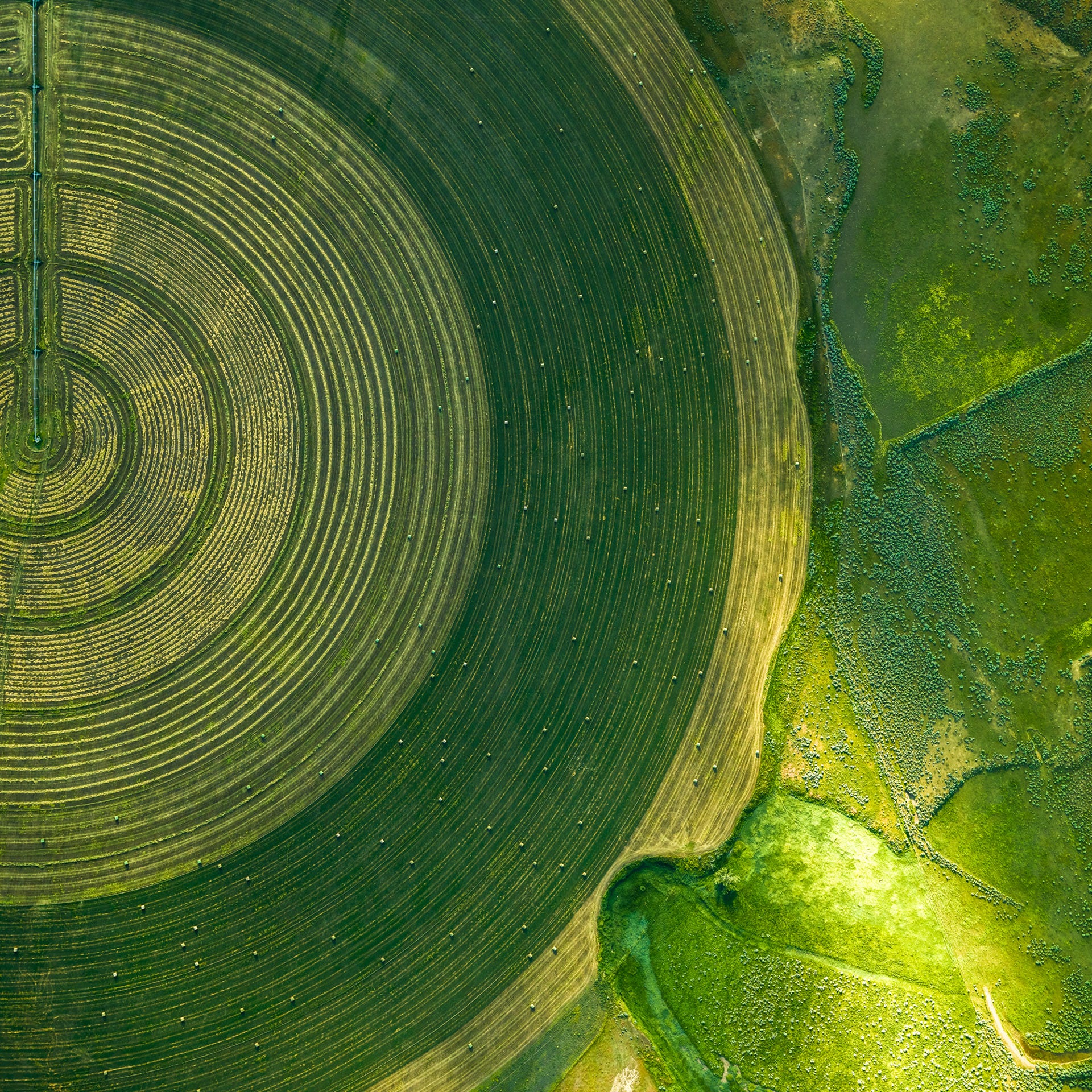 “I like it because you can see the rows of harvested crop neatly lined up along their various radiuses,” he said. “The image combines a little aspect of natural terrain – down at the bottom right of the image [there are] what looks like maybe a small cliff or pile of boulders grown over by grass. It has some character to it.”

Rouse hopes his collection brings a new perspective to the agriculture industry. “You can miss the beauty of it all from down on the ground,” he said. 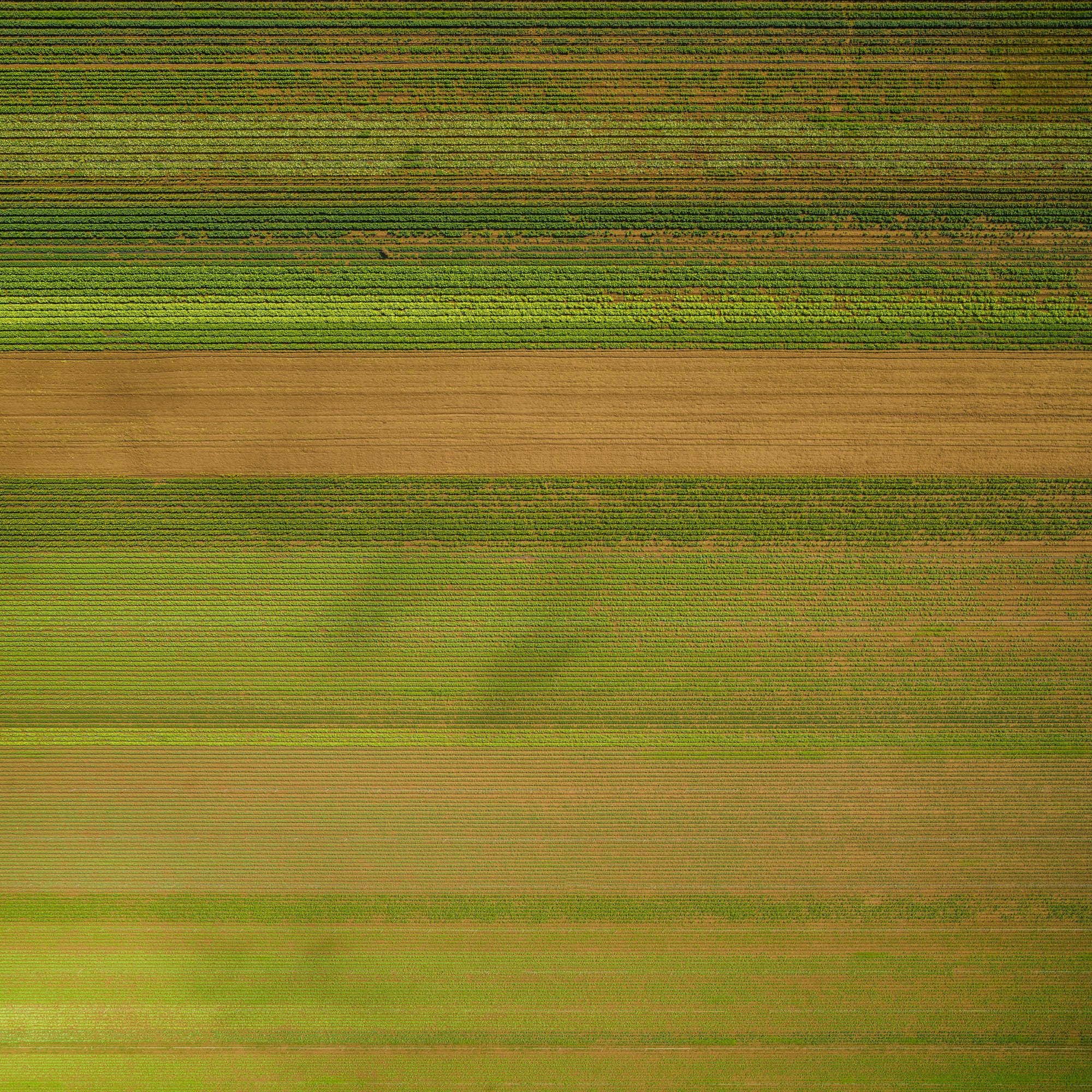 Courtesy of Mitch RouseColours blend together.

“This industry isn’t always the most attractive or exciting,” he said. “When you’re driving through miles and miles of orchards and groves it’s not always that attractive. You can miss the beauty of it all from down on the ground. From above, you have a whole new perspective and [can see] the beauty that this industry really creates.”