The women of “Sex and the City” officially reunited as production began for the upcoming reboot.

On Friday, Sarah Jessica Parker delighted fans when she shared an Instagram photo of her, Cynthia Nixon, and Kristin Davis ahead of the revival. The last time all three of them appeared together on-screen was in “Sex and the City 2” in 2010.

“Together again. Read through our first episodes,” wrote Parker, who will revive her role as Carrie Bradshaw.

Cynthia Nixon, who played Miranda Hobbes, shared the photo to her Instagram page with the caption: “Friendship never goes out of style.”

Titled “And Just Like That,” the series will follow Parker, Nixon, and Davis – who will play Charlotte York Goldenblatt – and their respective partners as they navigate life in their 50s.

Although three of the series’ four main leads have returned for the reboot, Kim Cattrall said she would not return to play Samantha Jones. Fans initially suggested Cattrall’s absence was due to a reported feud with Parker, but Cattrall told fans that she and Parker never disliked each other.

In response to Samantha Jones being written out of the show, HBO Max chief content officer Casey Bloys told TV Line: “Just as in real life, people come into your life, people leave. Friendships fade, and new friendships start. So I think it is all very indicative of the real stages, the actual stages of life.”

Parker also shared a photo from the casts’ table on Friday and a photo outside of Carrie Bradshaw’s apartment in two separate Instagram posts.

“Nerves all a wonderful jumble,” Parker wrote about the table read.

“And Just Like That…” will be a 10-episode limited series that will debut on HBO Max. 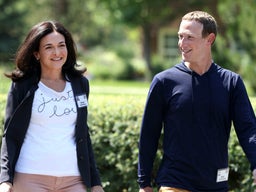 Facebook has hired Britney Spears’ lawyer ahead of an upcoming TV... 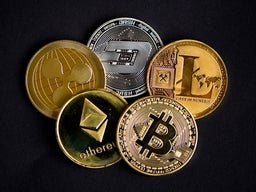 CoinList notches a $1.5 billion valuation as the trading app rides...