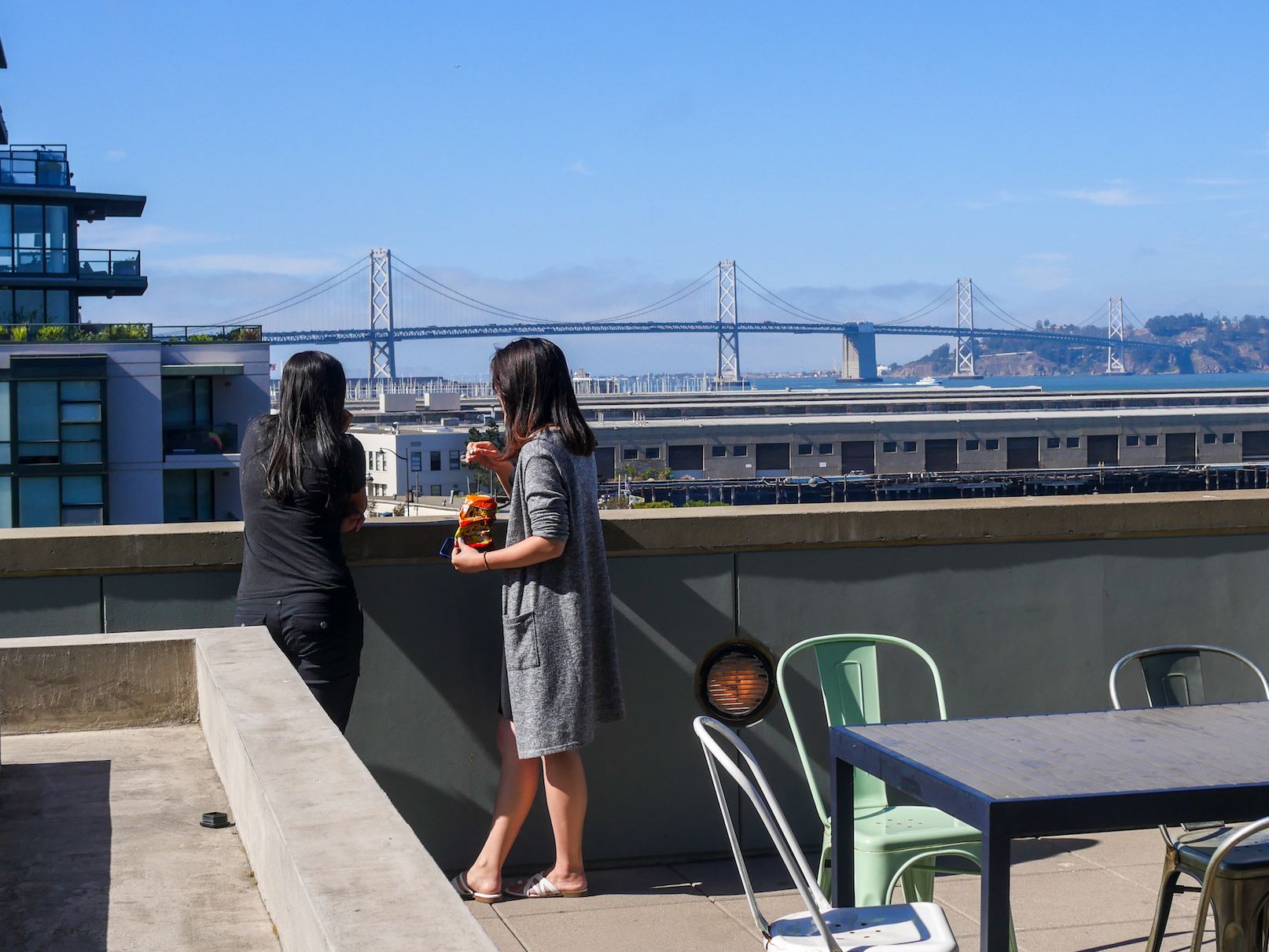 Katie Canales/Business InsiderEmployees on the patio of a startup office in San Francisco in 2019.

Some surveys have suggested there may be an exodus of tech workers from the San Francisco Bay Area as the COVID-19 pandemic leads employers to implement work-from-home policies.

But recent data from rental site Zumper provides more concrete evidence that Silicon Valley employees could indeed be packing up and leaving, potentially lowering the demand for housing in a region notorious for its expensive housing market.

As The San Francisco Chronicle reported, Zumper found that rent costs for one-bedroom apartments dropped the most in the Bay Area cities with the highest-paying tech salaries. In Google’s hometown of Mountain View, rent has fallen 15.9% since May 2019 according to Zumper data, which was viewed by Business Insider but is not yet published on the company’s website. In Facebook’s home of Menlo Park, rent dropped 14.3%. In San Bruno, where YouTube is based, rent costs dropped 14.9%.

In San Francisco, a one-bedroom apartment now averages $US3,360, according to Zumper. That’s a 9.2% drop from this time last year and is the lowest rent has been since early 2017, according to the company.

The statistics come as many tech firms have introduced remote work options for employees and as thousands have been laid off in the tech industry and in other sectors.

Twitter, based in San Francisco’s mid-Market district, told workers in mid-May they could continue working from home even after the lockdowns are lifted if they so choose. Others such as Google and Facebook have told employees that they can keep working remotely through the fall, even if offices reopen sooner.

Many in the Bay Area are transplants, and San Francisco landlords are seeing renters who no longer have to be based in the region leave, as Charley Goss with the San Francisco Apartment Association told the Chronicle.

It’s been speculated for years that tech workers, weary of high living costs and other factors, have been leaving the region in droves for cheaper locales, such as Austin, Texas.

That migration may now be accelerated by the coronavirus pandemic. As Business Insider’s Rob Price reported, social networking site Blind conducted a survey of thousands of techies in the region, two-thirds of which said they would consider leaving the Bay Area if their employer allowed them to permanently work remotely.

But an exodus from dense San Francisco to other parts of the Bay Area could also be in the cards. According to a study conducted by data analytics firm Moody, the suburban-like San Jose in the heart of the Valley is among the best-positioned US cities to welcome an influx of residents fleeing crowded areas in a post-coronavirus future.