Samsung’s latest Galaxy S20 phones are incredibly expensive, starting at $US1,000 for the standard Galaxy S20.

That’s a far cry from last year’s lineup, when Samsung offered a cheaper “e” version of its Galaxy S10 phones. It was arguably one the best device of 2019, as it offered 99% of the important features for a reasonable $US750 price tag that was pretty goo value when it was released in 2019.

In 2020, the Galaxy S10e at $US600 is still great value for what you get, even against the newly discounted full-fat Galaxy S10 phones, and especially against the expensive Galaxy S20 phones.

The Galaxy S10e is the cheapest Galaxy S10 you can buy. Even with the most expensive option, the Galaxy S10e is $US50 less than the base Galaxy S10, which costs $US750.

It’s nearly identical in design to the Galaxy S10 and S10 Plus. 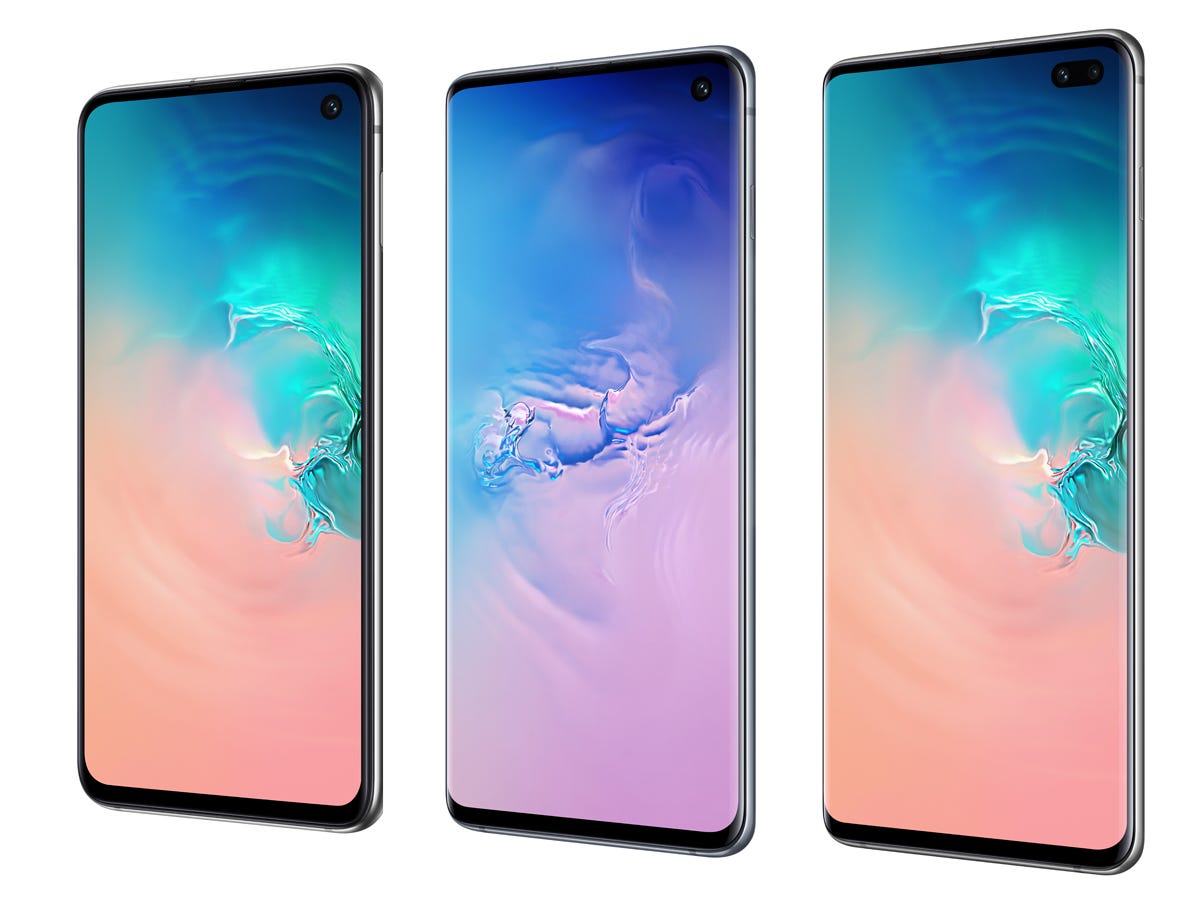 SamsungCan you tell which phone is which?

The only major design differences are slightly thicker display bezels on the Galaxy S10e, as well as a flat display versus Samsung’s signature curved edges display.

It’s the best option for those who want a smaller phone and smaller display. 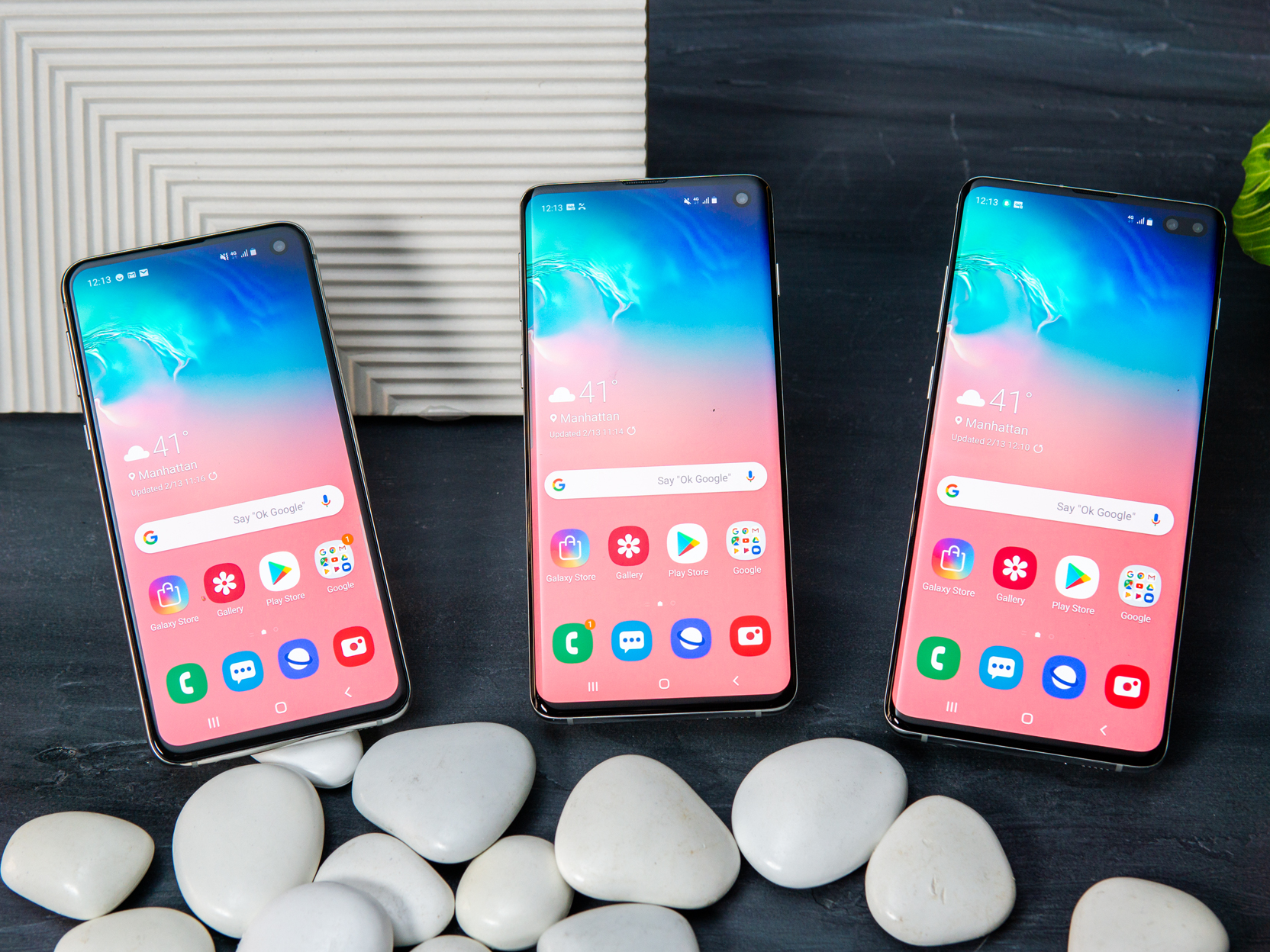 If you’re looking for a smartphone with a sub-6-inch display, the Galaxy S10e and its 5.8-inch display is worthy of your consideration.

Its display is actually technically sharper than the $US1,000 Galaxy S10 Plus. 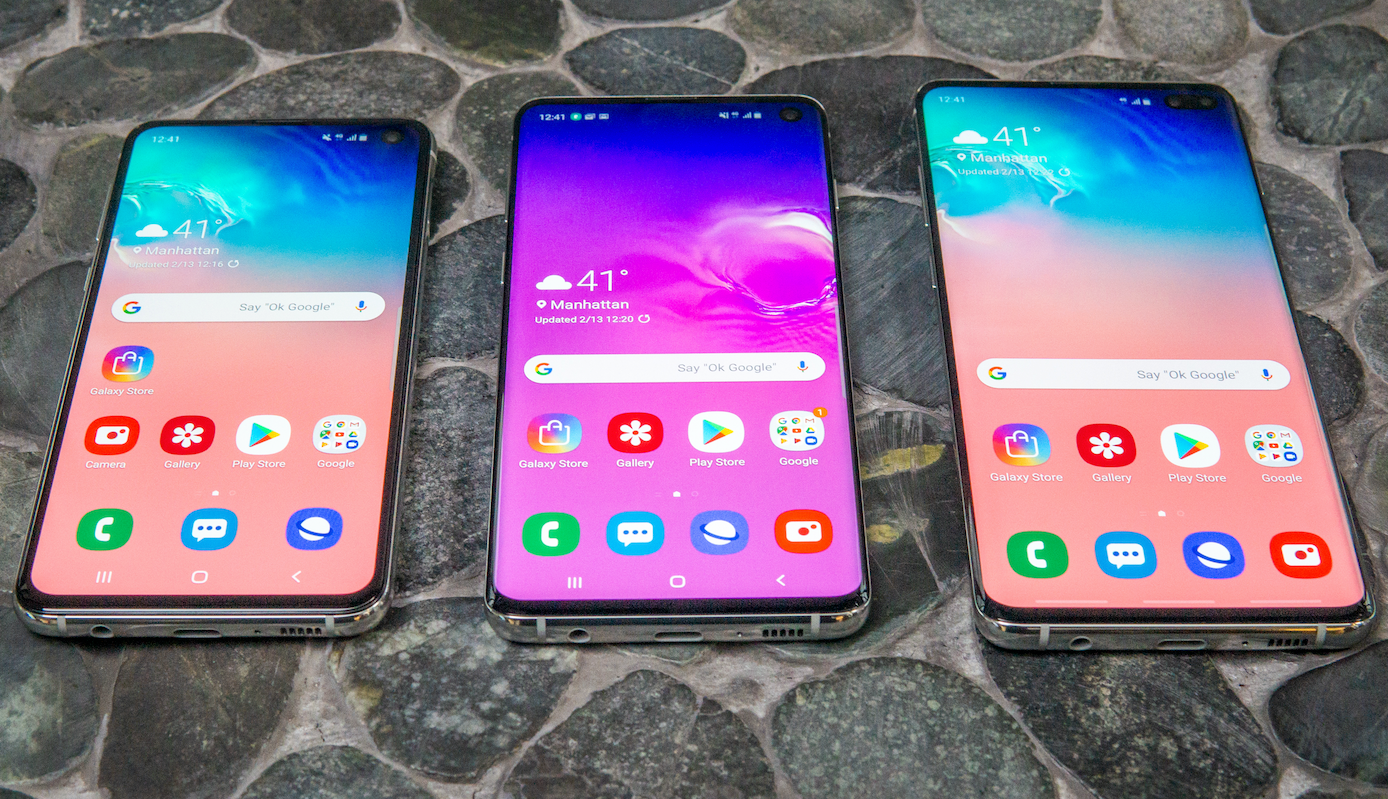 From personal experience, there’s very little difference between 1080p and 1440p resolutions on smartphones, especially on smaller displays like the Galaxy S10e.

It comes with the same 128GB base storage as the Galaxy S10 and Galaxy S10 Plus. 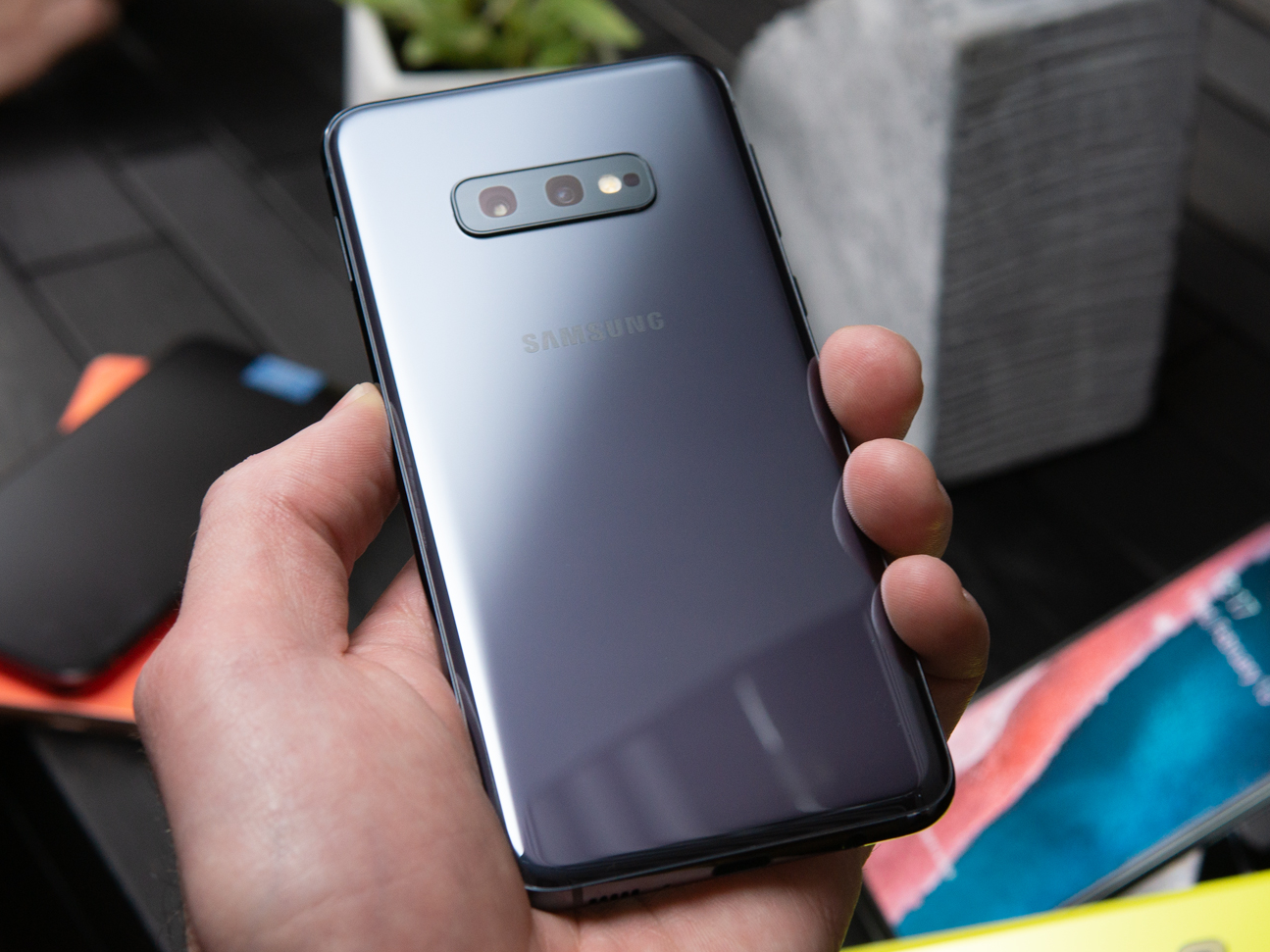 All of Samsung’s Galaxy S10 phones at their base options come with a generous 128 GB of storage, even the Galaxy S10e. All of Samsung’s Galaxy S10 phones run on the latest Qualcomm Snapdragon 855 chip, so there should be very little difference in performance between each phone.

It comes with less RAM than the others, but it should still be plenty for most people. 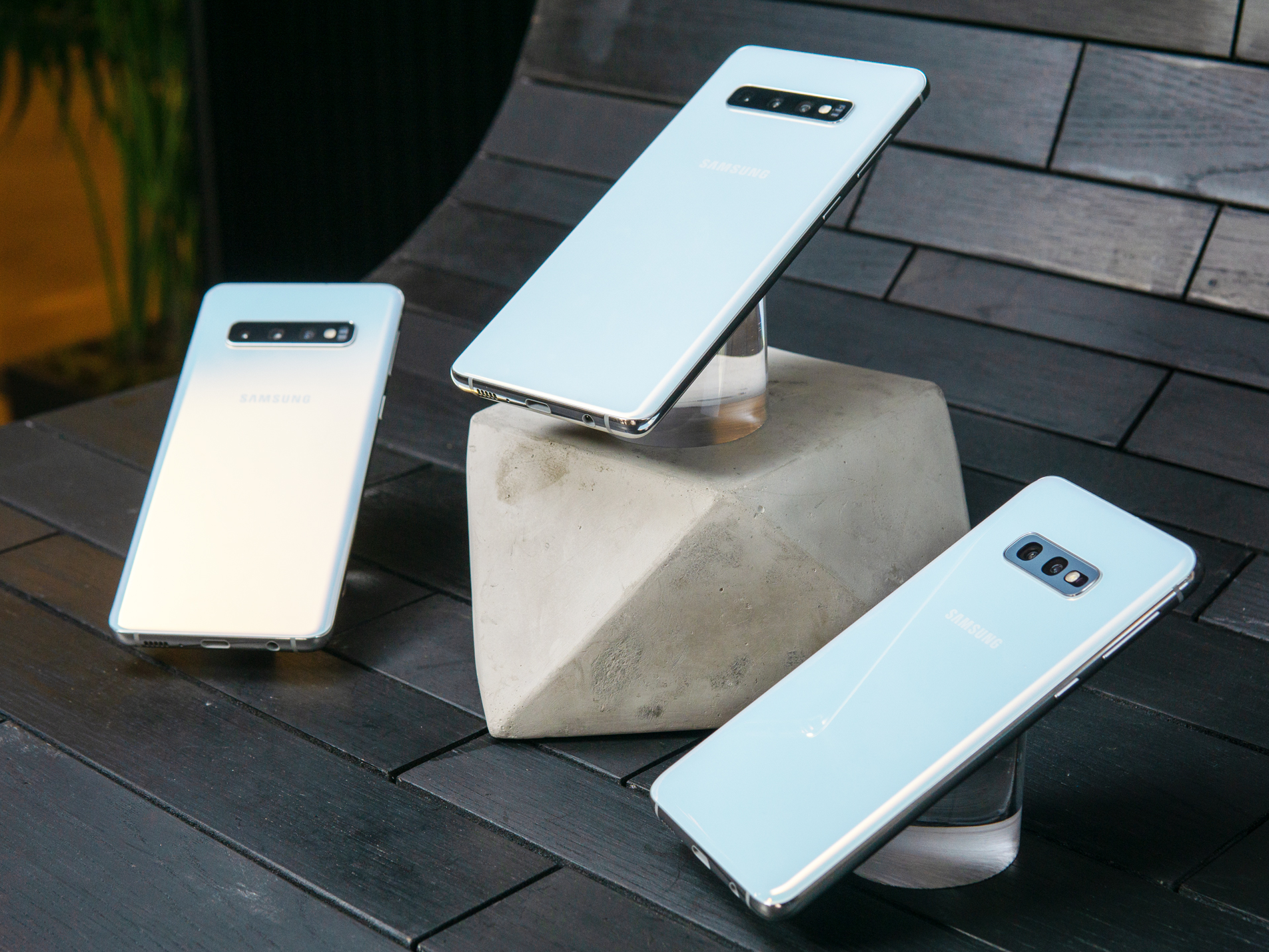 The extra 2GB of RAM you get with the S10 and S10 Plus is nice to have, but 6GB should handle most people’s smartphone habits just fine. It’s worth keeping in mind that, even after the upgrade, the Galaxy S10e is still cheaper than the base Galaxy S10.

It will run on the same version of Android and comes with the same updated Samsung One UI. There’s really very little difference in the Galaxy S10e software compared to the others.

The only major differences are features for hardware, like the extra camera lenses on the Galaxy S10 and S10 Plus.

Its main camera is the same as the more expensive Galaxy S10 phones. 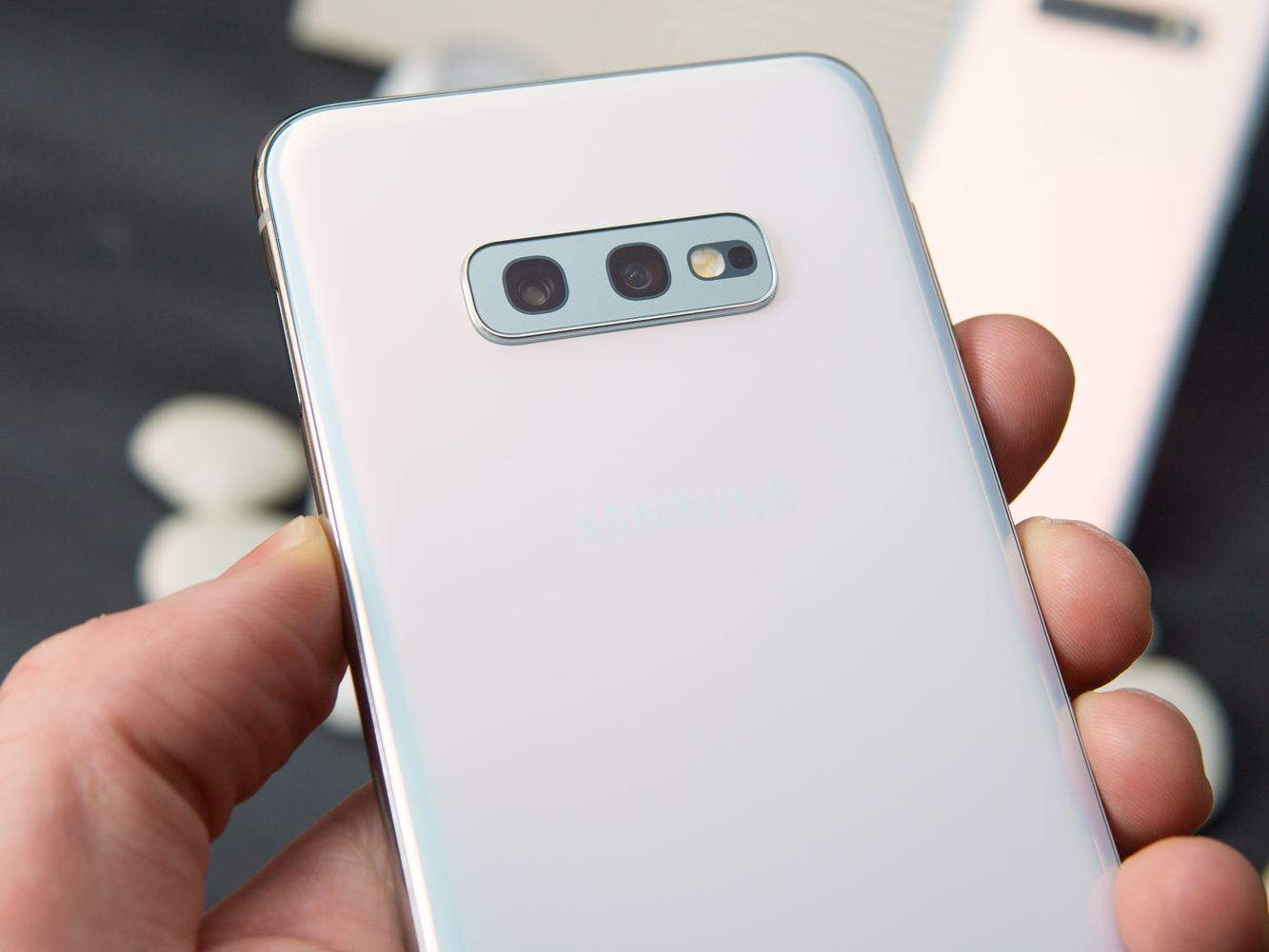 The most important camera on any smartphone, the main rear camera, is exactly the same on the Galaxy S10e as it is on the others. You also get the ultra-wide 123-degree camera from the S10 and S10 Plus, but not the zoom lens.

With that said, you can still zoom with the Galaxy S10e, but it will use digital zooming rather than optical zoom from a dedicated lens.

It has the same selfie camera as the $US750 Galaxy S10 Despite not having a second selfie lens to help with portrait mode shots, the S10e and S10 use a neural processing unit (NPU) that helps with creating blurry backgrounds.

And you still get the reverse wireless charging with the Galaxy S10e. It was a pleasant surprise to find that the Galaxy S10e is getting Samsung’s reverse wireless charging. This could easily have been a feature that Samsung would have kept exclusive for its more expensive models. 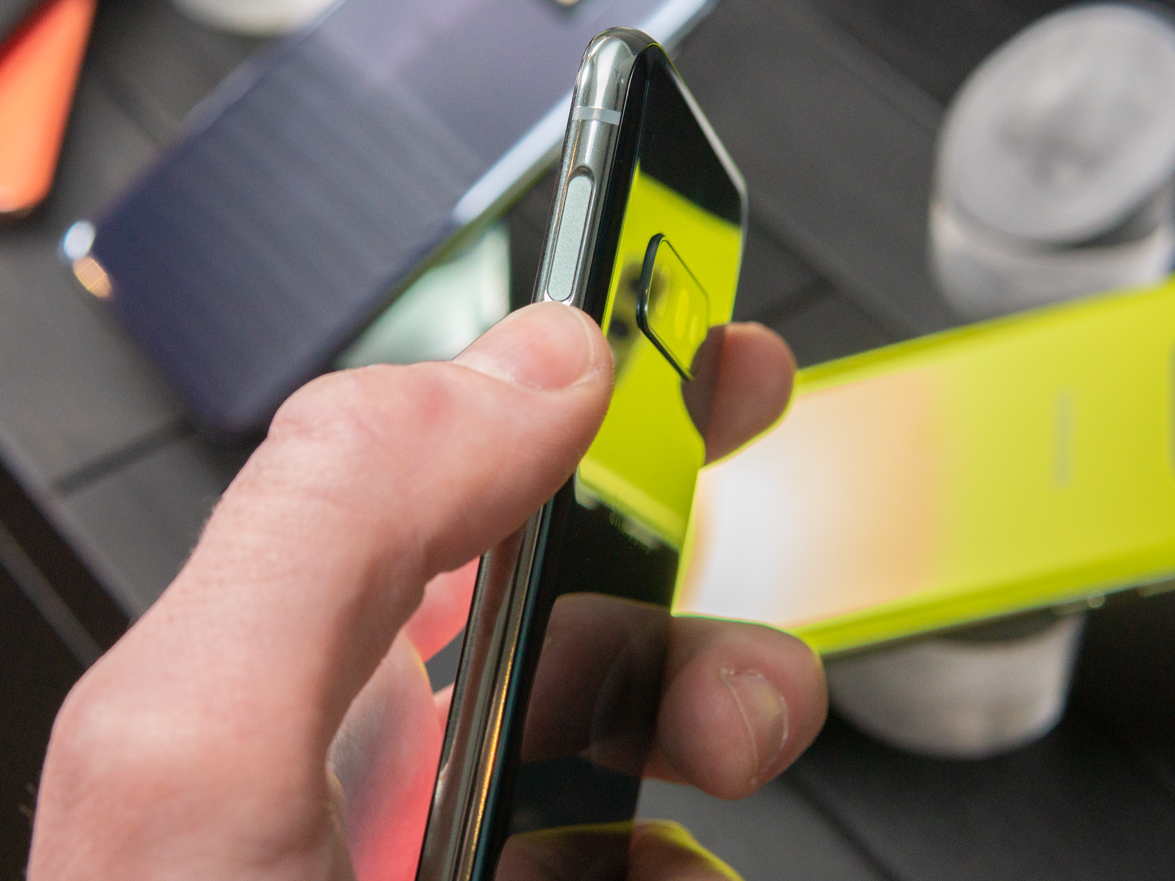 In the end, you’ll just have to ask yourself if the in-display fingerprint sensor, and the other S10 and S10 Plus exclusive features – like the extra zoom lens and curved display – are worth the extra cash.