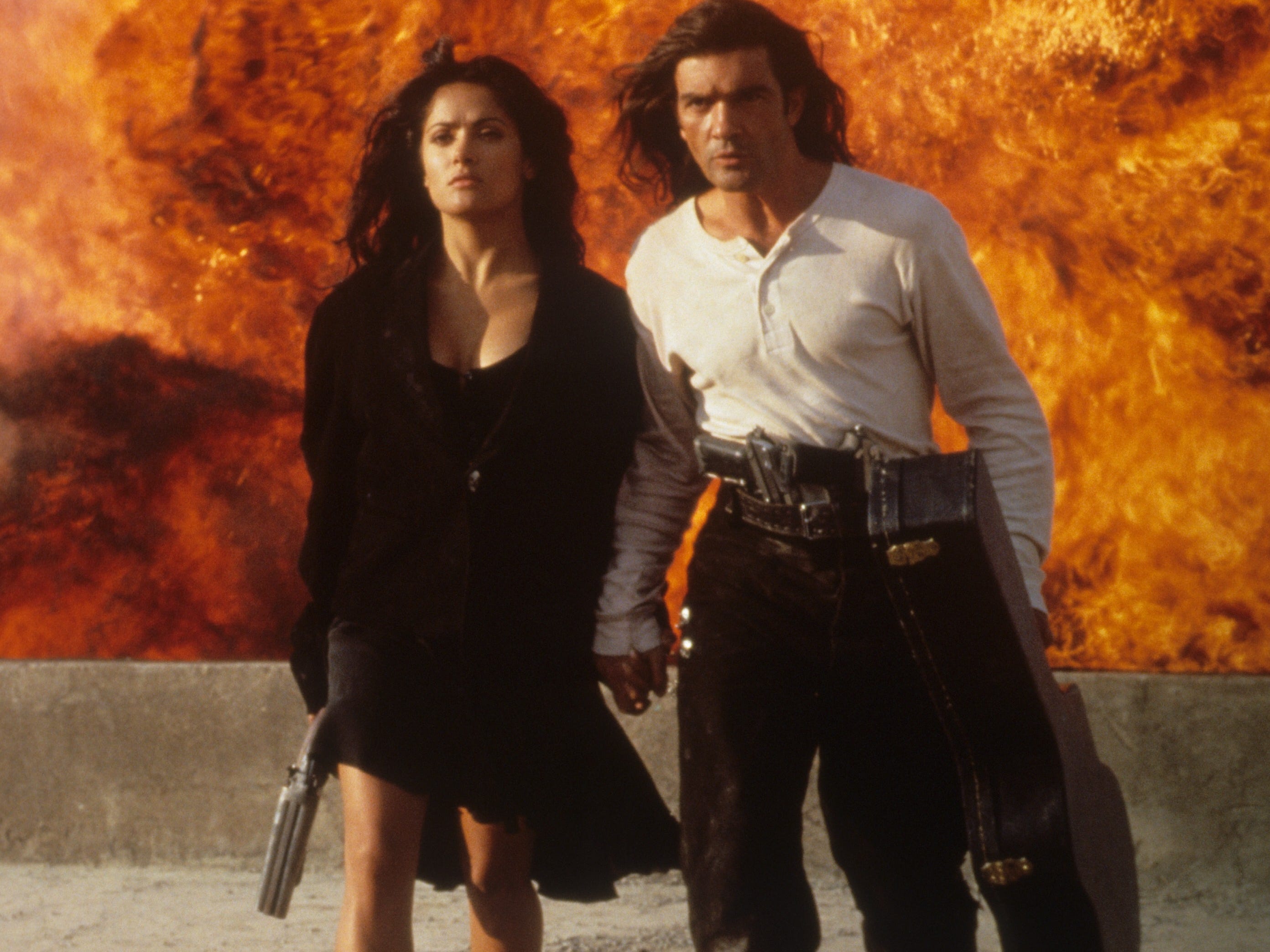 Salma Hayek detailed her emotional experience filming a sex scene in the 1995 film “Desperado” on Monday.

A guest on Dax Shepard and Monica Padman’s podcast “Armchair Expert,” the Mexican-American actress and producer, 54, said she cried the entire time she shot the “Desperado” love scene with her costar Antonio Banderas.

In the Columbia Pictures film, Hayek landed her breakout role as a bookstore owner named Carolina. When she accepted the part from director Robert Rodriguez, there was no sex scene between her character and El Mariachi (Banderas) in the script, according to Hayek.

“It was demanded by the studio when they saw the chemistry,” she said, adding, “I had a really, really hard time with that.”

Hayek said she agreed to film the scene, which she said they shot on a closed set with only her, Banderas, Rodriguez, and his then-wife, producer Elizabeth AvellÃ¡n. 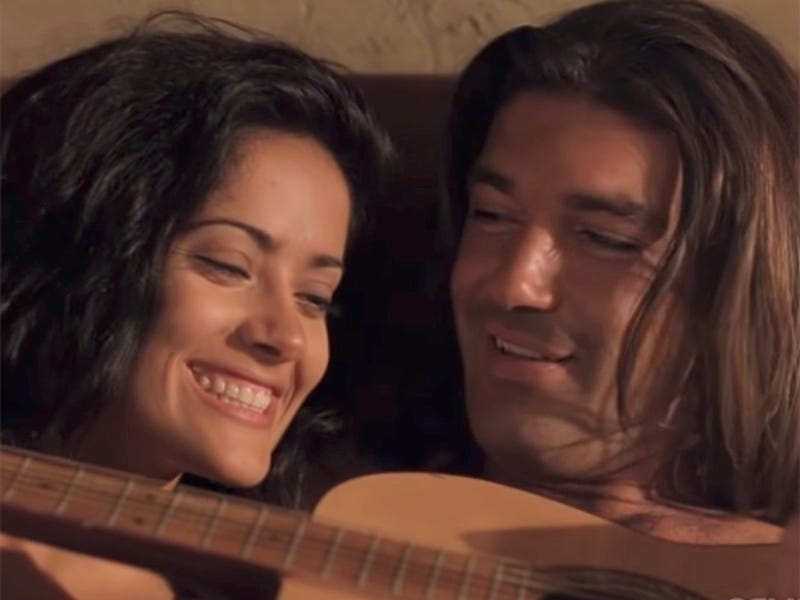 The Oscar-nominated “Frida” star, who appeared on Mexican soap operas before making a name for herself in Hollywood, said she’d “never done anything like that” before.

“When we were going to start shooting, I started to sob,” Hayek said, continuing, “One of the things I was afraid of was Antonio, because he was an absolute gentleman and super nice and we’re still very close friends but he was very free. So it scared me that for him it was like nothing.”

Hayek said that she was “so embarrassed” to be crying on set and said that Banderas told her he felt “terrible.” She added that Rodriguez, Banderas, and AvellÃ¡n were all “amazing” and said the director “never put pressure” on her.

However, she said she still can’t enjoy the “Desperado” scene because of how she felt while filming it.

“I was not letting go of the towel. They would try to make me laugh and things and take it off for two seconds but I’d start crying again,” she said.

The “Desperado” love scene between Banderas and Hayek appears in short clips, which Hayek said is because she kept crying during takes. The actress recalled Rodriguez trying to get her into character, which she said helped her.

“When you’re not you, you can do it. But I kept thinking of my father and my brother,” she said, explaining that she wanted her father to be “nothing but proud” of her.

When her family members eventually saw the film with Hayek, she said she “escorted” them out of the theatre during the sex scene and returned with them after it ended. 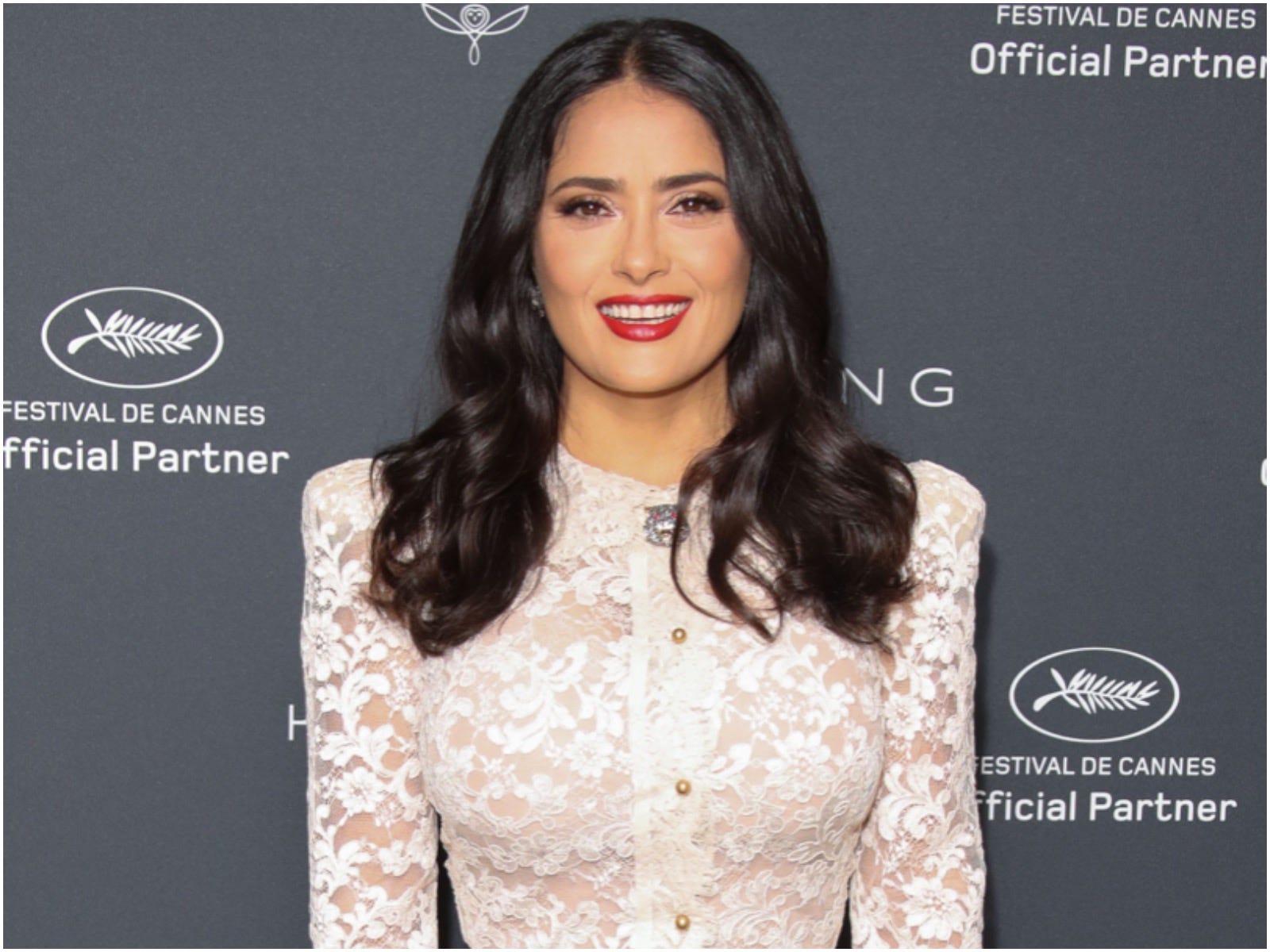 Mike Marsland/WireImage/Getty ImagesSalma Hayek was nominated for best actress for her 2002 movie ‘Frida.’

In honour of the film’s 25th anniversary in 2020, Hayek spoke to Elle about the progress in giving women in film more agency since the release of “Desperado.”

“That’s evolved considerablyâ€”and very fast. In the last couple years, it’s been really drastic,” she said, adding, “I’m not saying there’s no more work to do.”

Hayek continued: “We’re still underpaid, because it’s hard to adjust when they’re used to paying you something. Your wealth, of course, is not as big as the guys. And now [the industry] is struggling because they didn’t support the filmmakers, the writers, the people behind [the camera].”