From Salesforce to Disney, it's hard for some CEOs to say goodbye

If this is your first time here, this is how you can get Trending in your inbox every week.

This week: From the tower of Salesforce to the kingdom of magic, change is in the air

Did someone make Tuesday the official day of CEO goodbyes?

Within the span of minutes after the markets closed on Tuesday, Walt Disney CEO Bob Iger and Salesforce co-CEO Keith Block each announced they were stepping down. (If you need a third to make it a trend, Jason Droege, the head of Uber Eats, delivered his adieu by tweet on Tuesday too). 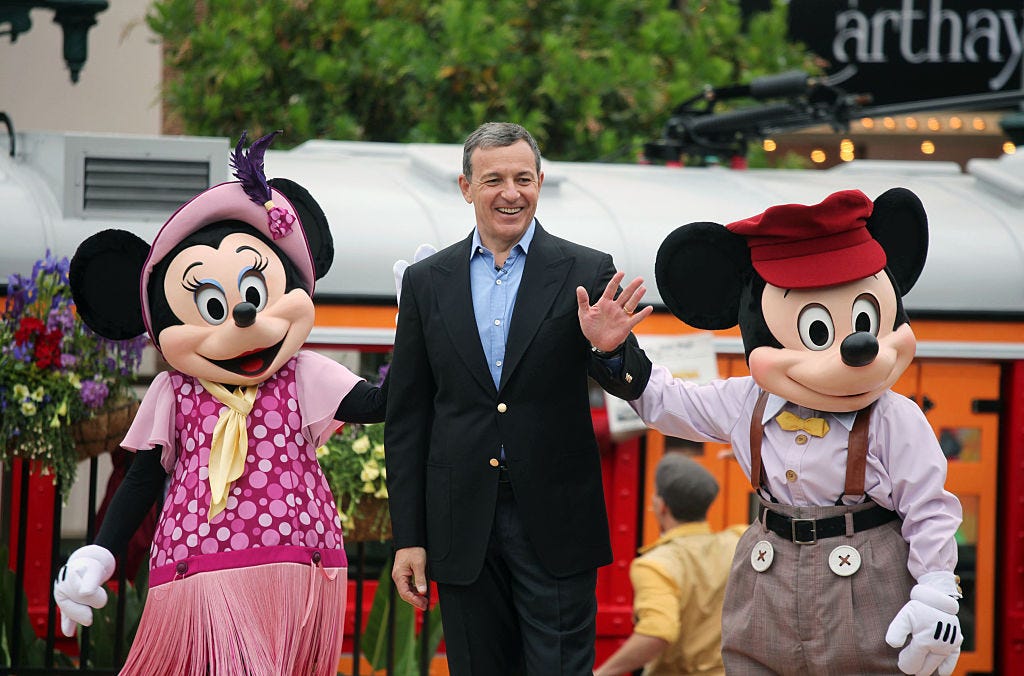 Iger has teased his exit from the top job at Disney for years. The surprise was that he finally went through with it. Block, on the other hand, was only 18 months into a co-CEO job alongside Salesforce founder Marc Benioff – a gig that was by all indications supposed to end with Block taking over the candy shop eventually.

The timing of these CEO departures is, of course, coincidental. But they say something about the unpredictable nature and dynamics of CEO successions. When you’re the boss, it’s hard to say goodbye. And that’s even more so in the world of tech, where founder-CEOs have more clout (with or without dual-class stock structures) than in other businesses.

Whatever the assumptions were about Block being the heir to the Benioff throne, the reality, as Paayal Zaveri reports, is that Benioff and co-founder Parker Harris are still extremely engaged in how the company is run.

Benioff may have other interests in philanthropy and public policy, but he’s still firing on all cylinders at Salesforce.

If it sounds familiar, that’s because we’ve seen this movie before. Larry Ellison is putatively the Chairman and Chief Technology Officer at Oracle, with Safra Catz as CEO (and until recently Mark Hurd, who died in October, serving alongside Catz as co-CEO).

These CEO jobs are not just titular. Catz, and Block, truly run major transnational corporations. But the ultimate power at the company lies elsewhere.

At one point, Dell had an “Office of the CEO” comprised of Kevin Rollins as chief executive and Michael Dell as Chairman. Michael Dell was said to be preparing for a second act in something new; perhaps politics, people speculated. The second act turned out to be Dell taking over as CEO again, and transforming the PC maker into an enterprise services business.

Paayal points to a new crop of rising stars at Salesforce, including ex-Facebook CTO Bret Taylor and Adam Selipsky, the chief of recent Salesforce acquisition Tableau. Some analysts reckon these execs are more suitable heirs to Benioff’s freewheeling company and corporate culture than the buttoned-down Block.

But I’ve got a feeling that no matter who has the CEO title, Salesforce will remain a Marc Benioff production for a long time to come. 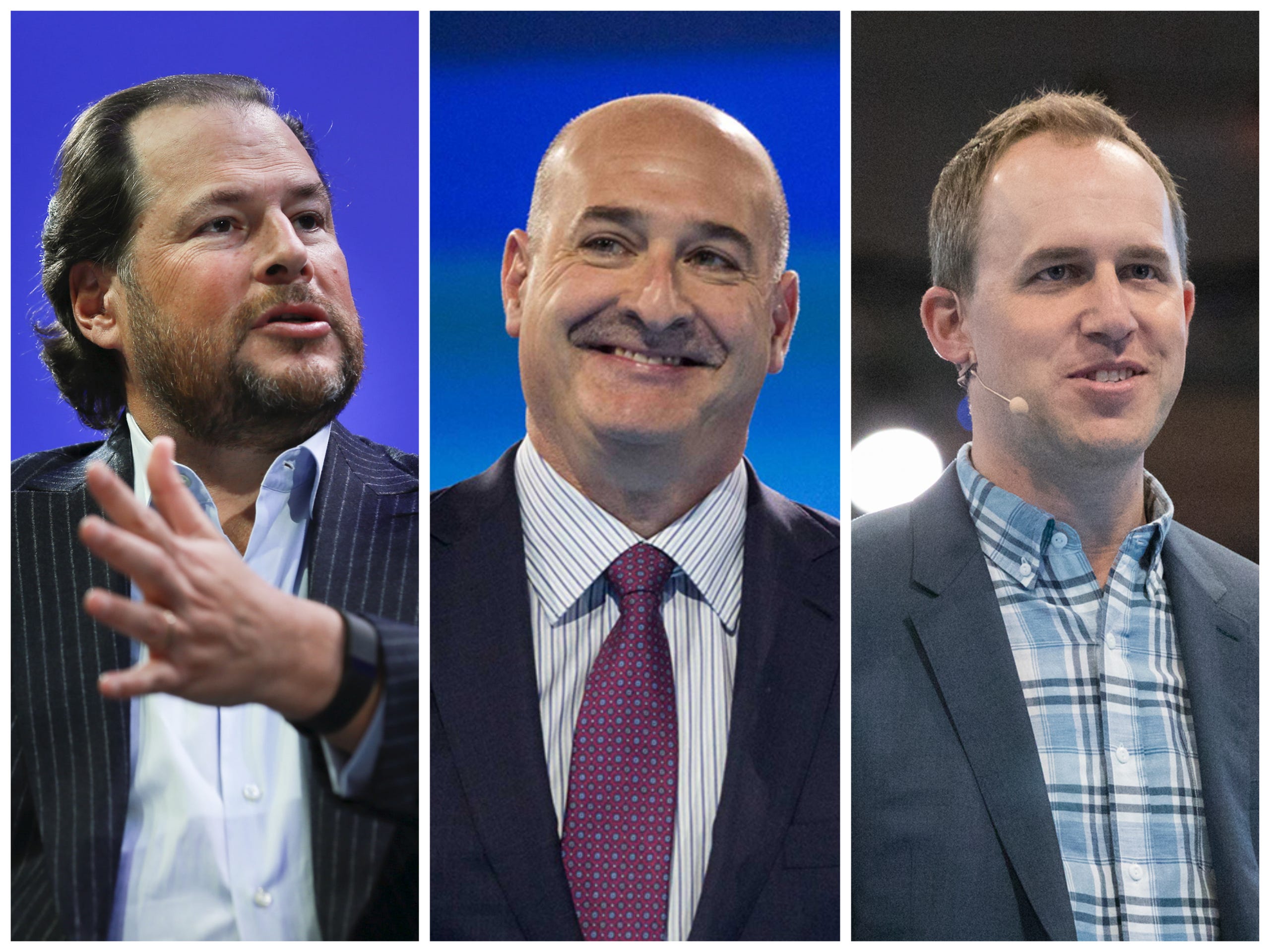 Speaking of CEO successions, the reign of Satya Nadella has become one of the most remarkable turnaround stories in modern tech history. Microsoft may not have been in imminent danger of collapse, but it was stuck in a funk that even Bill Gates, who served as Chairman during the troubled years prior to Nadella becoming CEO, could not find a way out of. Nadella’s transformation of Microsoft is a story that’s still being written. Microsoft has evolved from a PC software company to an enterprise cloud computing giant. And the company has made some significant acquisitions, including GitHub and LinkedIn. And analysts expect Satya to keep shopping – to the tune of $US2 billion this year, according to one analyst. 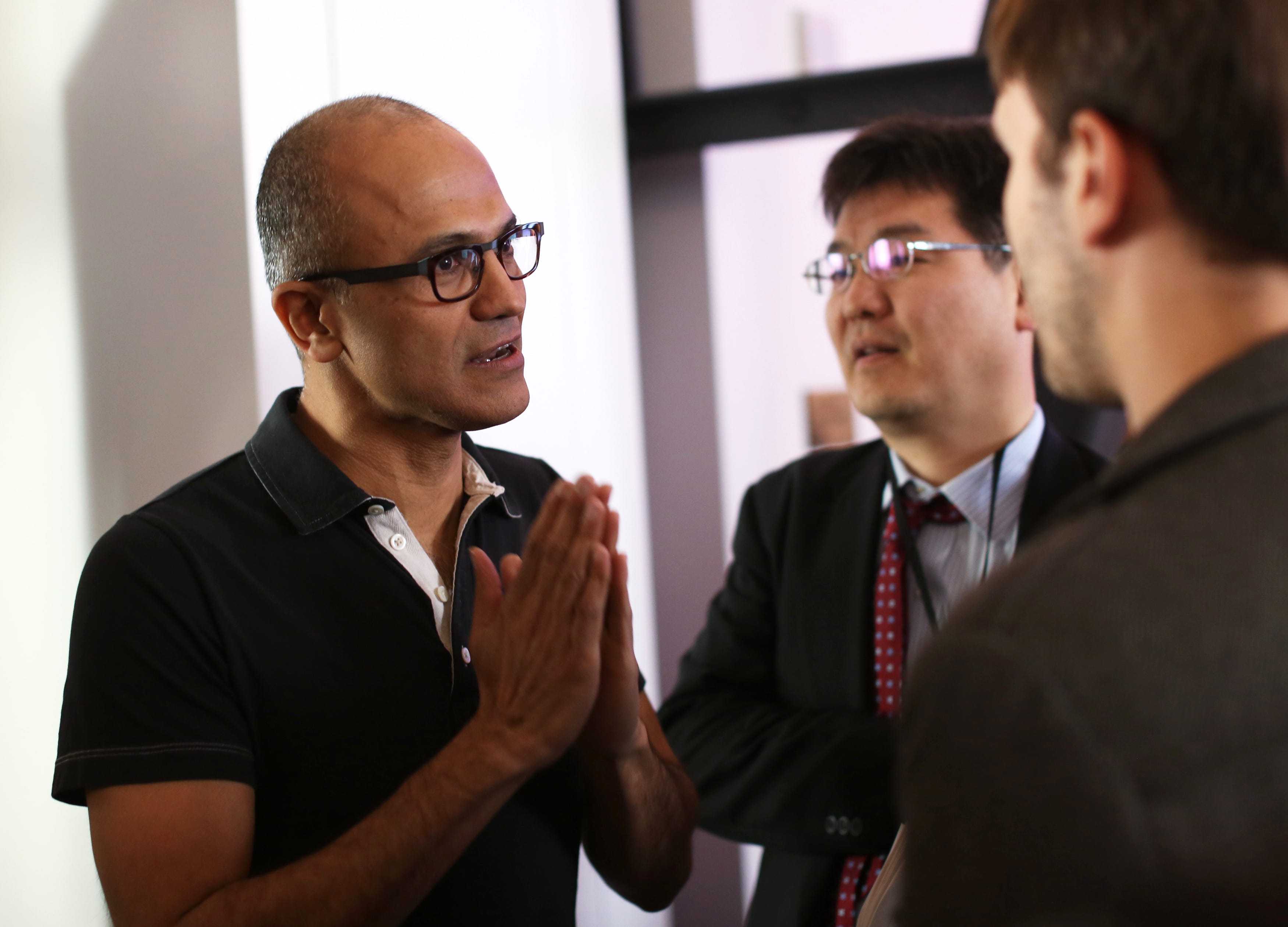 Ashley Stewart takes a look at some of the next potential acquisition targets that Microsoft could go after. The list is based on speculation and analysis from people who follow the sector closely – there’s nothing to suggest deal discussions are underway with any of these companies. Some of the names on the list are big players themselves, others less so.

Here are the 11 companies that experts think Microsoft could try to acquire in 2020, including Salesforce, Twilio, and Workday

Here are some of the latest tech highlights:

This ex-con hacker just made over $US100,000 in a single day helping companies plug up their cybersecurity

A leaked video shows the head of Microsoft’s competitor to Amazon’s Twitch telling employees to stay positive, not ‘complain and nag’

And more goodies from across the BI newsroom:

WeWork paid over $US2 million in cash to a woman who threatened to expose claims of sex, illegal drugs, and discrimination in a horrifying 50-page document

Inside the $US1 billion race to develop breakthrough batteries that could store up to 40% more energy and revolutionise our phones, cars, and planes

The 21 most influential digital creators based in New York who rule Instagram, YouTube, and other social-media platforms

That’s it for this week. As always, thanks for reading, and remember, if you like this newsletter, tell your friends and colleagues they can sign up here to receive it.