The cloud computing giant, which is headquartered in the tallest tower in San Francisco and is the city’s largest employer, had previously signed a deal in 2018 for additional office space in the new Transbay Tower development, an unbuilt tower about a block away.

The company planned to house 1,500 workers at the new tower, a portion of the 10,000 employees it has spread throughout its urban campus.

But according to the San Francisco Business Times’ Laura Waxmann and San Francisco Chronicle’s Roland Li, the lease is “is no longer in hand.”

A spokesperson for Salesforce did not immediately respond to Insider’s request for comment.

Read more:
Salesforce’s AI ethics chief shares 3 ways to use tech when planning a safe return to the office

The decision follows Salesforce’s announcement last month that it would adopt three new ways of working going forward. The new guidelines, which Salesforce is calling “Work From Anywhere,” offer employees options for how they’ll work in the future: flex, fully remote, and office-based.

Salesforce said most of its employees worldwide would have a flex schedule, which means they’ll report to the office between one and three days each week for tasks that are more challenging to do over video calls, such as team collaboration, customer meetings, and presentations.

The company has shared few details about what this will mean for its physical office spaces – in a blog post announcing the change, Brent Hyder, the president and chief people office of Salesforce, shared only that the offices would be redesigned as “community hubs” with collaboration and breakout spaces instead of rows of desks.

Salesforce’s decision follows two other major San Francisco-based tech companies scaling back their physical office space. In August, Pinterest scrapped plans to build a massive, 490,000-square-foot-office in San Francisco’s South of Market neighborhood, paying a $US89.5 ($116) million fee to cancel the project. And in September, Twitter said it would sublease more than 100,000 square feet of space at its San Francisco headquarters after telling employees they could work from home forever. 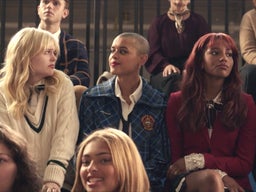