Saint Paul, Minnesota, will give some residents $500 per month for the next year and a half in a seminal basic-income pilot 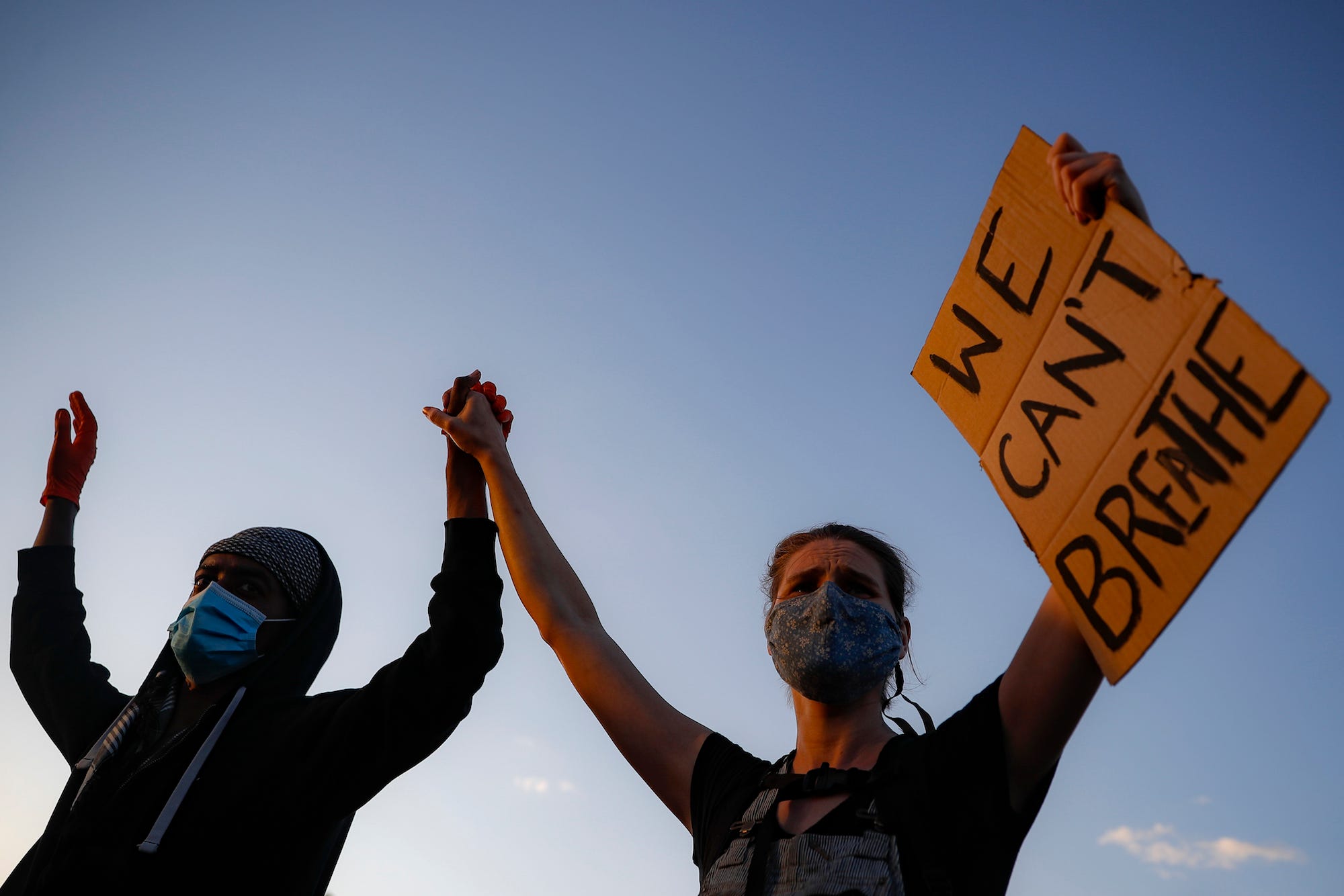 John Minchillo/AP PhotoProtesters demonstrate in St. Paul, Minnesota, while holding a ‘WE CAN’T BREATHE’ sign, on May 28, 2020.

When mayor Michael Tubbs launched one of the US’s first guaranteed-income pilots in Stockton, California, last year, many saw the idea as radical. Then came the results: Recipients of the monthly stipends primarily used the money to buy groceries and pay their bills. Many said it had improved their quality of life.

Now, Tubbs is the leader of Mayors for a Guaranteed Income, a coalition of mayors interested in starting similar basic-income pilots across the country. The coalition’s membership more than doubled from June to September, with 25 mayors now on board.

On Wednesday, the city council of Saint Paul, Minnesota, voted to approve funding for a guaranteed-income pilot there that’s set to begin this fall. The experiment will give up to 150 low-income families with young children $US500 per month for up to 18 months â€” no strings attached.

“I think there’s a budding realisation that not only is this a good thing for us to try, but that we may not have any other option,” St. Paul mayor Melvin Carter said on a Wednesday press call.

Like many cities, St. Paul is currently grappling with a combination of social and economic unrest. Nearly 20% of the city’s residents live in poverty. The pandemic has exacerbated unemployment in Minnesota, though jobless rates are starting to decline as businesses reopen. St. Paul has also been an epicentre of protests in response to the killing of George Floyd in nearby Minneapolis.

“We’re obviously seeing an unprecedented crisis in our communities across our country,” Carter said. “We’re coming to a recognition that we don’t have a funding problem. We have a priorities problem.” 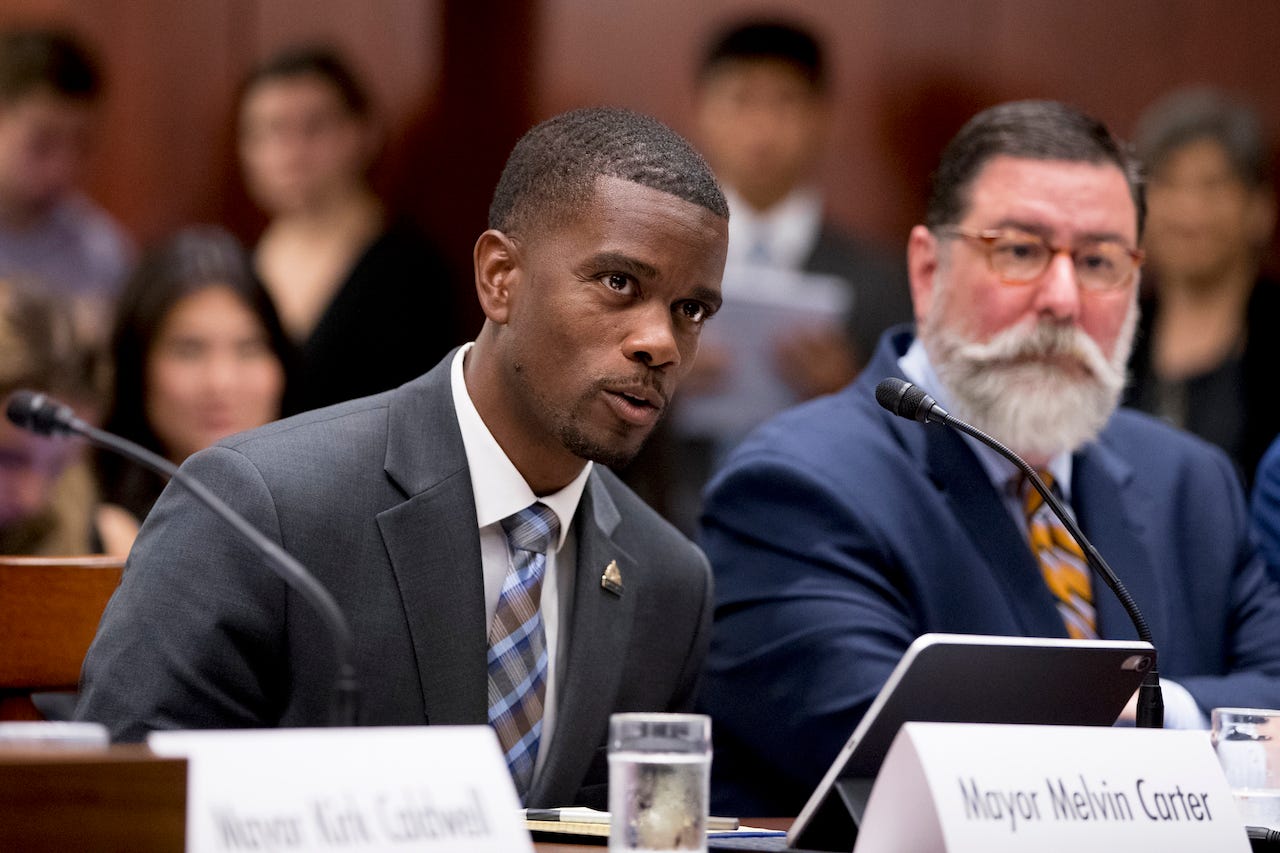 Unlike Stockton’s trial, which is privately funded, Carter plans to leverage a mixture of public and private funding for his city’s pilot. Funding for the first phase will come from the federal Coronavirus Aid, Relief, and Economic Security (CARES) Act money given to the state of Minnesota, he said.

Low-income families will be selected from a pool of roughly 1,000 households who belong to the CollegeBound St. Paul program. The initiative awards a college savings account with a $US50 starting deposit to every child born in the city.

The monthly stipends will be loaded onto a prepaid debit card. Although critics of basic income argue that cash stipends reduce the incentive for people to find jobs and may encourage recipients to make more frivolous purchases, Carter said he expects to see results similar to Stockton’s.

“Stockton has led the way and has shown that when low-income families have a little bit more money at the end of the month, they pay the rent, they buy groceries, they fix up their car to get to work,” he said. “We’re disproving all of the â€” I would say racist â€” tropes that say, you know, if you give low-income folks money, they will just X, Y, and Z with it.”

Overall, the Mayors for a Guaranteed Income group hopes to demonstrate that basic income can be used as a tool to lift people out of poverty.

Two other mayors involved in the coalition are already overseeing basic-income pilots.

In Jackson, Mississippi, a trial launched in December 2018 that gave 20 Black mothers $US1,000 per month. That pilot ended in November 2019, but in March, the program expanded to at least 110 participants. It’s funded by the nonprofit Springboard to Opportunities.

To the north, the small city of Hudson, New York, recently launched a trial that will give 25 residents $US500 per month for five years. Mayor Kamal Johnson said participants will be randomly selected from a pool of residents who are 18 or older and earn $US35,000 or less (at or below the city’s median income). Enrollment to be considered for the trial ends on Sunday. The selected recipients could start getting their stipends as early as October 1.

Like St. Paul, Hudson’s poverty rate is higher than the national average: around 19%.

“We live in a city right now where people feel like they just work, pay bills, and die,” Johnson said on the press call. “Being in one of the most powerful nations in the world, that shouldn’t be the way that people are living.”

Half the funding for the Hudson pilot comes from Humanity Forward, a nonprofit led by former presidential candidate Andrew Yang, who made basic income a prominent part of his platform. The remainder of the funding will come from The Spark of Hudson, a local career centre.

“What we’re doing here in Hudson will hopefully also happen across the country,” Yang said in May. 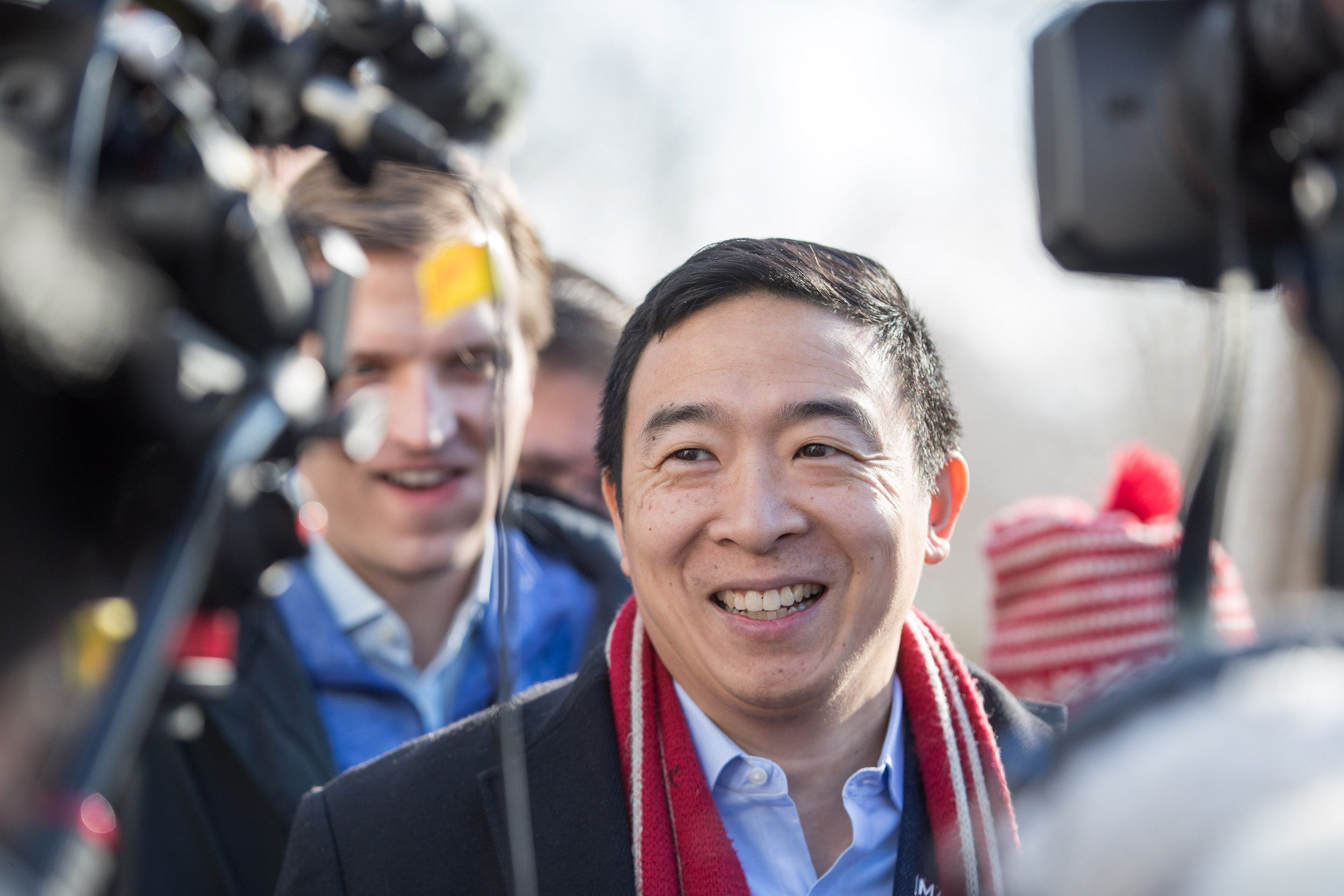 In July, Twitter CEO Jack Dorsey announced he was donating $US3 million to Mayors for a Guaranteed Income to help bring more basic-income pilots to fruition. Many mayors in the group have said pilots in their cities are forthcoming.

Chicago, Newark, and Atlanta have created task forces to help design their programs. And Milwaukee’s city council has requested a framework for a pilot that would distribute $US500 per month to 50 families living below the poverty line.

Peduto said the trial could launch by the end of 2020.