London Mayor Sadiq Khan will on Tuesday visit Brussels in an attempt to convince the European Union to give “associated citizenship” to Brits who want to retain their EU rights after Brexit.

Khan said there are “millions of Londoners and British nationals who still feel and want to be European” and who would like to retain freedoms afforded by EU membership like being able to move freely around the bloc.

“Like so many Londoners, I am heartbroken that we are no longer a member of the European Union, but that doesn’t mean our country’s future can’t be closely linked with the rest of Europe,” the mayor of London said.

Khan campaigned to stay in the EU and a majority of London voted Remain at the 2016 Brexit referendum.

He is urging the EU to discuss “associate citizenship” once trade talks with the UK get underway next month.

“The prime minister says his job is to bring the country together and move us forward and I cannot think of a better way of reconciling the differences between British voters who wanted to leave, and the millions of Londoners and British nationals who still feel and want to be European,” he said.

“There would be support from millions of Londoners and British nationals who are devastated they are losing their rights as EU citizens.

“As the UK and EU start their next phase of negotiations, I want this issue of associate citizenship to be at the heart of talks about our future relationship.”

Khan has the backing of a senior EU figure 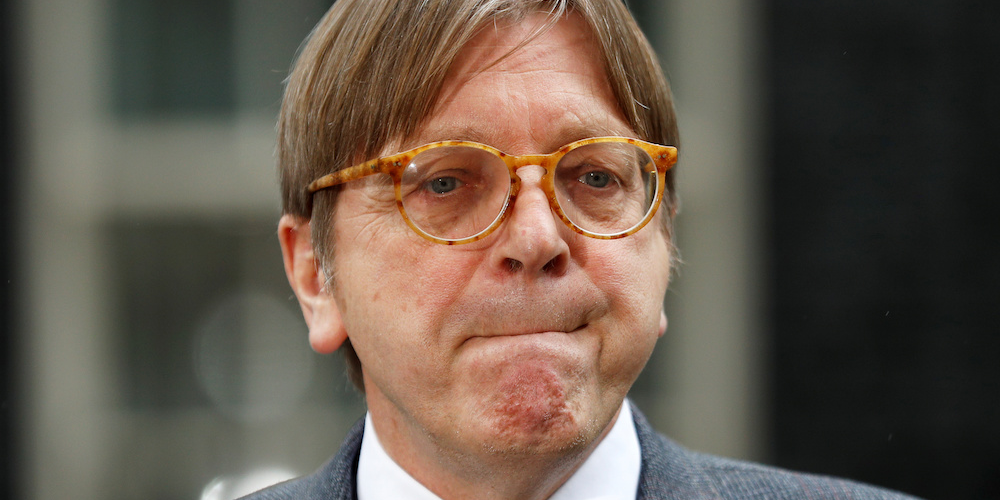 It is very unlikely that the EU will agree to associated citizenship for residents of a country not in the EU, or “third country,” particularly given Boris Johnson’s government plan to pursue a distant relationship from the bloc.

However, Guy Verhofstadt, the former prime minister of Belgium who until recently was the European Parliament’s Brexit coordinator, is urging the EU institutions to at least consider the concept.

The Government must ensure Londoners and British nationals have the option of retaining their close links to Europe.@GuyVerhofstadt has been a leading voice on how we can provide a path to European citizenship for those in the UK who want it. #LondonIsOpen ???????? https://t.co/cCoQk0S9Gi

Verhofstadt, a vocal opponent of Brexit, said: “The Maastricht treaty created the concept of ‘European citizenship’ and I am in favour of using this now as a basis for people who want to keep their link with Europe.

“It is the first time in the history of our union that a member state leaves, but it is not because the UK government wanted [to] exit that individual citizens have to lose their connection with the continent.”

“The Mayor has a responsibility to produce a much more detailed position on Brexit – that protects London,” he said, adding: “if I were Mayor I would be focused on making detailed arguments about a future immigration system – as well as service agreements – to keep London as close as possible to Europe.”