After a messy spat with Trisha Paytas, Shane Dawson's fiancée said he's 'feeling lost' amid negativity on the internet 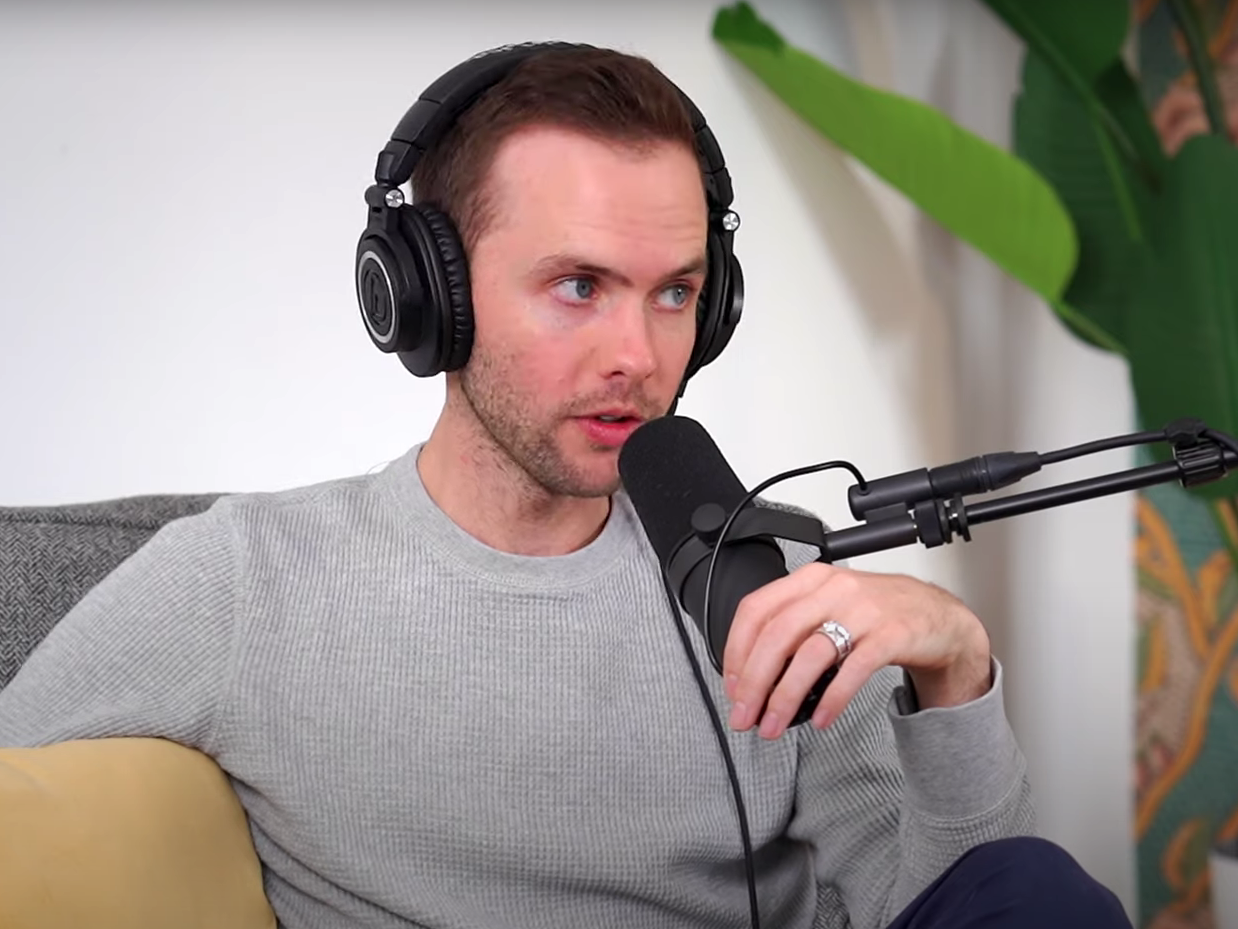 The Sip with Ryland Adams and Lizze Gordon / YouTubeRyland Adams spoke about negativity on the internet on his latest podcast episode.

Influencer Ryland Adams, who is engaged to recently “cancelled” YouTuber Shane Dawson, said he was “purposeless” because of negativity on social media on the latest episode of the podcast “The Sip” that he cohosts with Lizze Gordon.

Adams said he believes young people are ruled by their interactions on social media, and he was “re-contemplating everything” about his own purpose in life.

“We’re on one end of the spectrum becoming self-actualized real people, but then what’s being promoted to us and what does well online is negativity,” he said. “Twitter, YouTube, the news, it’s all like doomsday 24/7, and it’s this weird complex of, we’re trying to be good people but we’re still honestly consumed by the bad.”

Gordon agreed, saying it’s like people are “addicted to negativity.”

Read more: A timeline of how Trisha Paytas turned against Shane Dawson and Jeffree Star

Adams didn’t specifically reference the negativity that has been directed towards him, his fiancÃ©e, and the podcast in recent weeks â€” rather he was talking about how drama and criticism is what the majority of people on the internet are after.

His partner Dawson has been mostly absent from the internet as of late, despite having 20 million subscribers on YouTube, since he received a tidal wave of criticism in June and July last year for his old content that featured racist skits and inappropriate jokes about the sexualization of children and animals.

Adams continued on as normal after a brief pause, until he was sucked into the controversy spiral this year by former-best-friend Trisha Paytas. Adams’ exhaustion could be a sign that the top-YouTube-couple may be contemplating a step back from their internet-famous lives, despite their continued push to sell merch.

Adams found himself in the internet firing line since one of Dawson’s oldest friends, fellow controversial YouTuber Trisha Paytas, turned on them both in January. Paytas, who had previously been one of Dawson’s most vocal supporters, posted a series of TikToks, and explained further on her podcast “Frenemies,” that Dawson didn’t stand up for her in a feud involving controversial beauty mogul Jeffree Star. The pair fell out about a year ago during a weekend trip to Las Vegas.

All the drama was brought back up in January because Star’s hair stylist “Hair by Jay,” who was also on the trip, insulted Paytas in a livestream. Star’s appearance on “The Sip” on January 13 upset Paytas further. She subsequently condemned Dawson and Adams, saying she had expected them to reach out to her about having Star on the show. It was Paytas’ opinion that Dawson and Adams had chosen Star over her, and had thrown away their friendship for money (Dawson and Star collaborated on a makeup palette in 2019 that reportedly made them both millions of dollars).

Adams briefly mentioned the controversy on a subsequent podcast, saying he was confused and saddened by the situation. He also turned off the comments and like/dislike ratio on the podcast’s channel after it was flooded with criticism from Paytas’ fans. 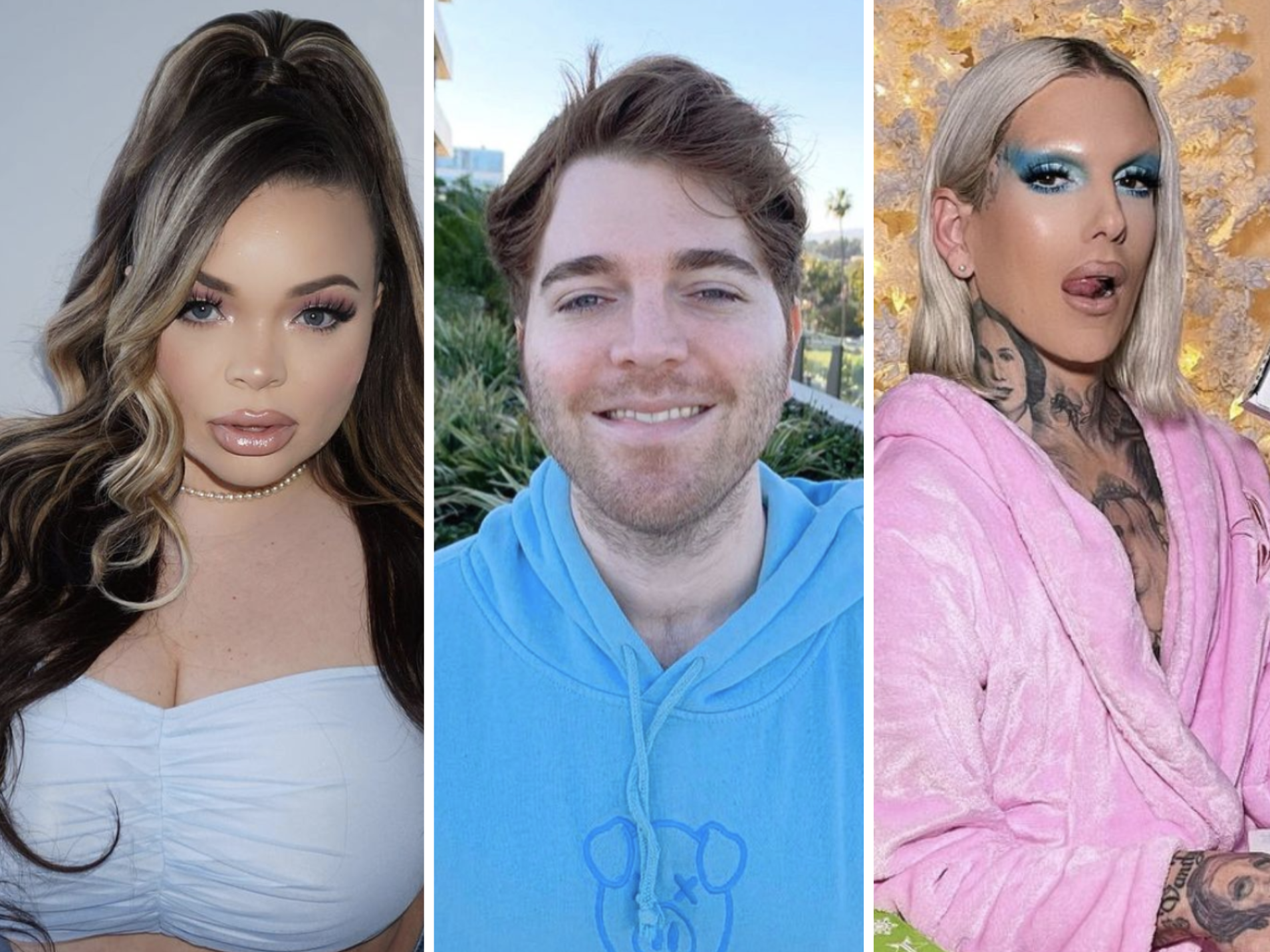 Instagram/@trishapaytasbackup, @shanedawson, @jeffreestarcosmeticsTrisha Paytas, Shane Dawson, and Jeffree Star used to be a YouTube power trio. Now, they have split down the middle.

Gordon brought up the podcast’s comments section on the latest episode, saying she was having dreams that it had returned.

“That’s how addicted my brain is to that,” she said.

Adams said they might put the comments back up for this episode but he hadn’t decided yet.

He later clarified in an Instagram story that he hadn’t been trying to sound down on his luck.

“I think it’s more that I’ve hit a wall with everything,” he said. “And normally I like our podcast to be an escape for everyone that’s tuning in, and I still think it is this week, but I couldn’t help but put in a little bit of my, what is the purpose of anything, and my philosophy on it.”

BREAKING NEWS THAT WILL MOST DEFINITELY CHANGE YOUR LIFE: Ryland Adams discusses feeling lost and states he's recontemplating his purpose in life because of the negativity on the Internet in latest episode of The Sip. pic.twitter.com/1hJ3wTcA9W

While some viewers are supportive, others saw the conversation as disingenuous

Despite keeping the conversation in the podcast pretty general, many viewers took it to be a commentary on the drama surrounding Adams at the moment.

“Good message…wrong messenger and highly inappropriate time,”one viewer tweeted. “If this is even a genuine reflection, bringing this up after all the backlash is inappropriate. If he was going to go this route, he could’ve been truly empathetic towards the whole Trisha situation.”

Read more: Shane Dawson’s silence on Trisha Paytas is glaring, and it may hinder his comeback

Another said they agreed with the sentiments, but only in theory and not from “the preacher.”

“Isn’t he the one who literally ditched Trisha when she needed him to support her?” they said. “He should have apologised properly.”

Others criticised Adams for having a podcast that focuses on news and drama, but accused him of being unable to be self-reflective about his own actions.

“His fiance profited off of negativity for years but suddenly he’s confused as to why people feed into drama and negativity?”one Twitter user said.

The comments underneath the video are more positive, although the current like to dislike ratio stands at 6,300 to 3,300.