While concern for the 42-year-old’s well being took priority in the event’s initial coverage, the crash also highlighted just how far NASCAR had come in the way of driver safety since Dale Earnhardt’s untimely death in the same event exactly 19 years ago.

In NASCAR’s 72-year history, 28 drivers have died due to accidents on the track. But it was Earnhardt’s tragic and high-profile passing – which occurred during the final lap of the 43rd Daytona 500 in 2001 – that catalyzed much-needed changes to NASCAR’s safety regulations.

According to SBNation, the movement towards more stringent protective measures began back in 1988 – more than a decade before Earnhardt’s death – when NASCAR started requiring that all cars have restrictor plates to limiting speeds on the fastest tracks. This included the Daytona 500. 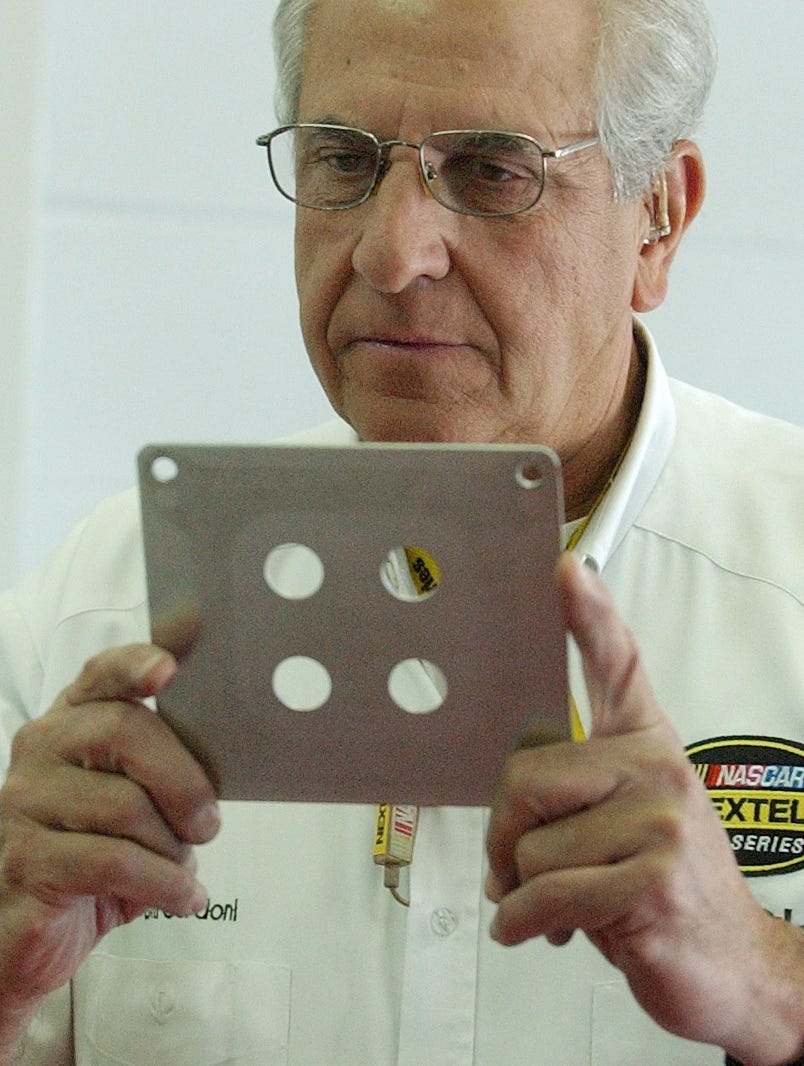 The goal of mandating the speed- and horsepower-reducing devices, according to USA Today, was to limit the frequency of cars going airborne. But criticism from drivers and team owners resulted in NASCAR phasing out restrictor plates beginning in February of 2019.

“I totally expect to crash more cars,” then-defending series champion Joey Logano told USA Today around the time of NASCAR’s decision. “As cars are closer and drivers are more aggressive, a mistake will create a bigger crash. We can’t get away from it…. You know how it is when you’re on the highway and they check up right in front of you. You can’t stop quick enough and you’re only going 70, you know? Try going 180. Game changes a little bit.”

Slower cars weren’t enough to prevent the greatest tragedy in the history of the sport. The seven-time Monster Energy NASCAR Cup Series champion lost his life in a crash during the final lap of the 2001 Daytona 500. After colliding with fellow drive Ken Schrader, Earnhardt’s famous black No. 3 Chevrolet smashed head-first into the wall and disappeared into a cloud of charcoal smoke.

Though the 49-year-old was not pronounced dead until he arrived at the Halifax Medical Centre – the same hospital where Newman was transported after his crash 19 years later – his autopsy revealed a basilar skull fracture as the cause of death. Basilar skull fractures are often associated with instantaneous fatalities and, in the case of race car driving, are caused by the driver’s head continuing forward after their body is restrained by the series of belts and straps constraining their torso. 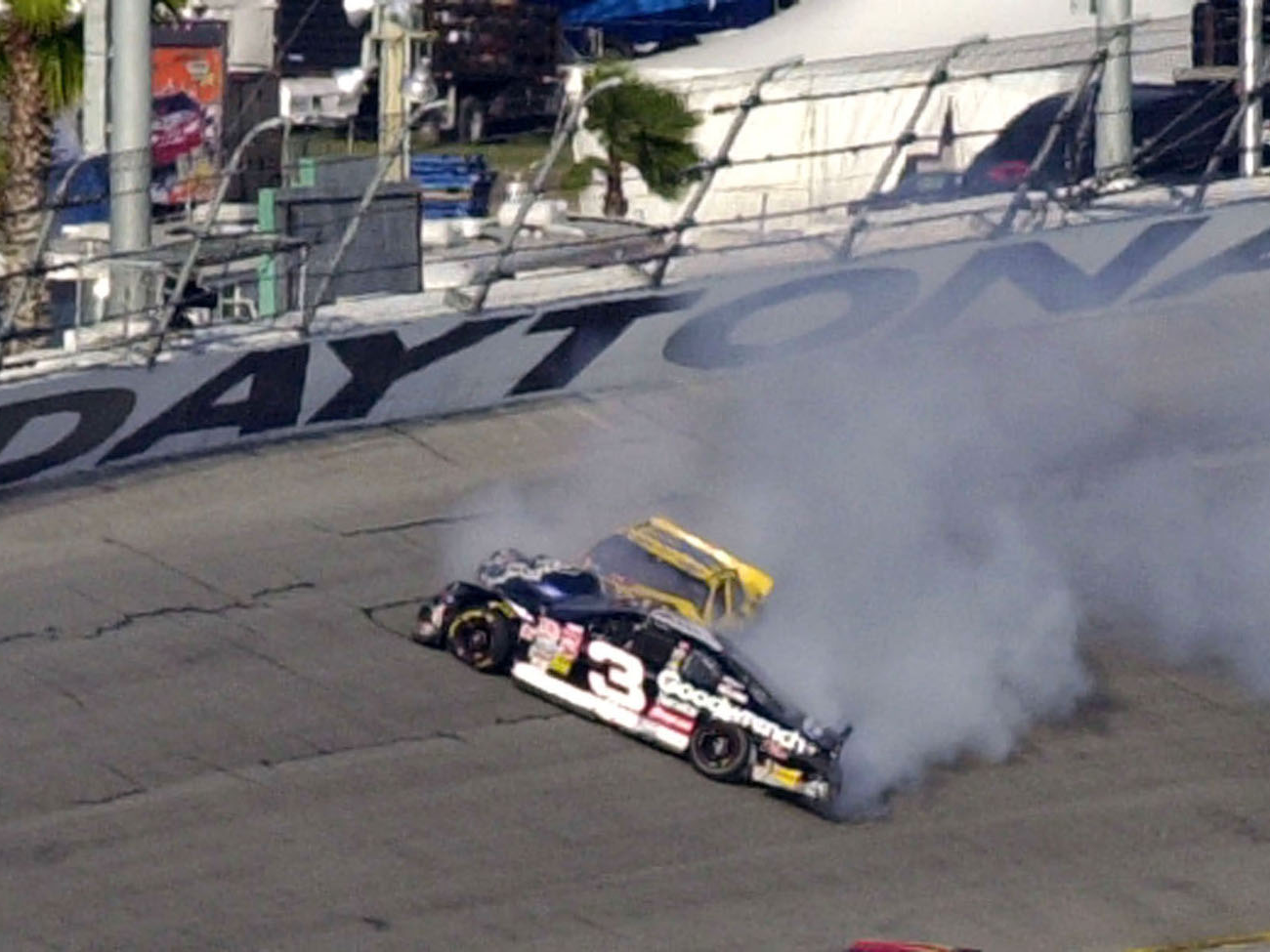 Reuters PhotographerDale Earnhardt died in a crash at the 43rd Daytona 500.

According to Popular Mechanics, “once the neck has extended as far as it can, continued forward momentum causes the fragile bottom of the skull to crack, killing the driver almost instantly.”

NASCAR addressed this issue by requiring Head and Neck Support (HANS) devises in all cars eight months after Earnhardt’s fatal crash. The apparatus is “a carbon-fibre and Kevlar collar with two tethers that connect to the driver’s helmet” designed to secure the driver’s head and prevent it from moving independently of their body, thus reducing the risk of basilar skull fracture.

Though HANS is seemingly effective at preventing driver deaths, NASCAR has invested in other technologies to protect drivers from injury further

Though HANS almost certainly helped prevent Newman from losing his life during his scary 2020 Daytona 500 crash, adaptations to both race cars and the tracks themselves have reduced the risks of competing in NASCAR even more.

Steel and Foam Energy Reduction (SAFER) barriers – which more effectively disperse energy when a car collides with the wall and thereby reduces the effects of the impact – were nearly universally adopted between 2002 and 2005. 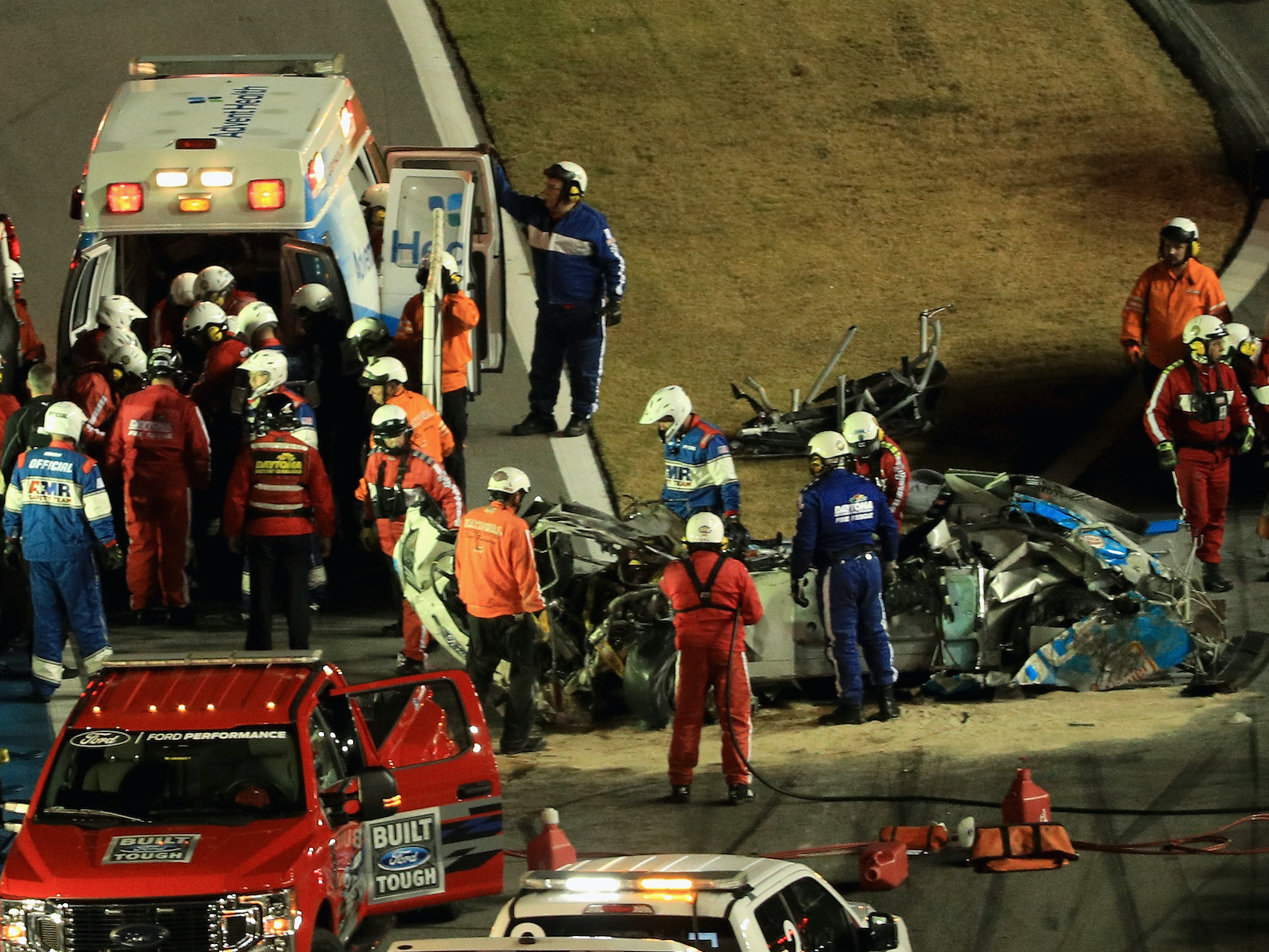 New stock cars that were introduced in 2008 were designed with rigid cages that surround the driver and hold strong as the rest of the vehicle crumples during a crash.

“The car is built so that the area closest to the driver is the strongest,” Leslie-Pelecky told Popular Mechanics.

And the seventh-generation Cup car, which will hit the NASCAR track in 2021, is likely to be the safest iteration yet. According to Autoweek, the drivers in the new cars will be positioned further from the door and thus will absorb less of the direct impact from a crash.

Racecar driving is inherently unsafe, but NASCAR has come a long way in protecting its drivers

The high speeds and tremendous force behind every impact in NASCAR make it all but impossible to guarantee the safety of drivers. However, the sport’s top series has not lost a single driver in a crash in the 19 years since Earnhardt’s widely-publicized death. The fact that Newman is alive after his atrocious wreck is just one of many examples of how far the company has come.

“The fact that [Newman is] still with us and he can hopefully make a full recovery is just a testament to the NASCAR R&D group and how safe they’re trying to make these race cars,”Corey LaJoie, the driver who rear-ended Newman and sent his car hurdling into the air, told Good Morning America’s Michael Strahan Tuesday morning.

As is common practice after a severe accident, NASCAR has taken both Newman’s and LaJoie’s cars to its Research & Development Centre to examine the vehicles, per Fox 46’s Brett Baldeck.