Ryan Newman, who was seriously injured in a Daytona 500 crash, earned the nickname 'Rocket Man' when he was just 22 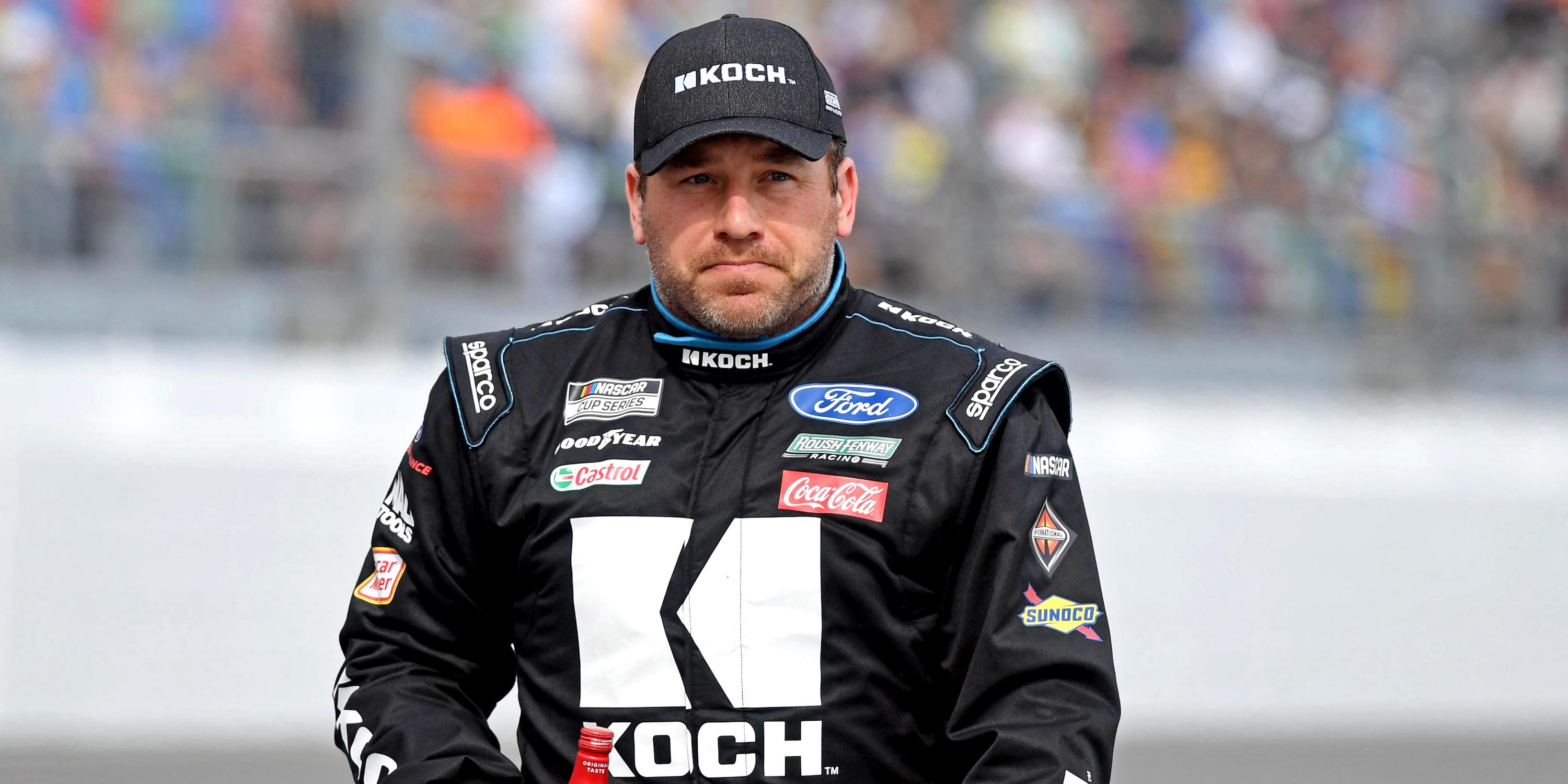 Mike Dinovo/USA TODAY SportsRyan Newman at the Daytona 500 on February 16.

Driver Ryan Newman, who was left seriously injured after a crash at the Daytona 500 on Monday night, has had a nearly 20-year career in NASCAR. But outside the sport, Newman is a father-of-two who launched an animal rescue nonprofit with his wife.

Newman was leading the race on Monday when his car was part of a crash in the last lap of the Daytona 500.

The 42-year-old, whose car landed on its roof and burst into flames after the crash, was taken to a nearby hospital in Daytona, Florida, in “serious condition.”

The NASCAR world has rallied around Newman since the crash, and some of his fans are even donating to his nonprofit, Rescue Ranch, to show their support for his family.

Newman ascended the NASCAR ranks early on; in his first season with the sport, he earned the nickname “Rocket Man” for his high-voltage driving.

Here’s everything you need to know about Newman.

Newman was a star racer as a teenager and went on to receive an engineering degree from Purdue University. ISC Images & Archives via Getty ImagesBefore turning his attention to NASCAR, Ryan Newman was a big winner with the United States Auto Club (USAC). Newman won in the Silver Crown, Sprint Car and Midget divisions of USAC and was the 1999 Silver Crown Series champion.

As a teenager growing up in South Bend, Indiana, Ryan Newman was a star racer.

After graduating high school, he earned an engineering degree from Purdue University in West Lafayette, Indiana.

Following his graduation from Purdue, Newman burst onto the NASCAR scene when he was 22, where he earned the nickname ‘Rocket Man’ and set a rookie record. When Newman entered the NASCAR scene in 2002, he was quickly nicknamed “Rocket Man” thanks to a number of first-season pole positions – the spot given to the driver with the best qualifying time in trials.

He was 22 at the time, and set a rookie record with six pole wins. 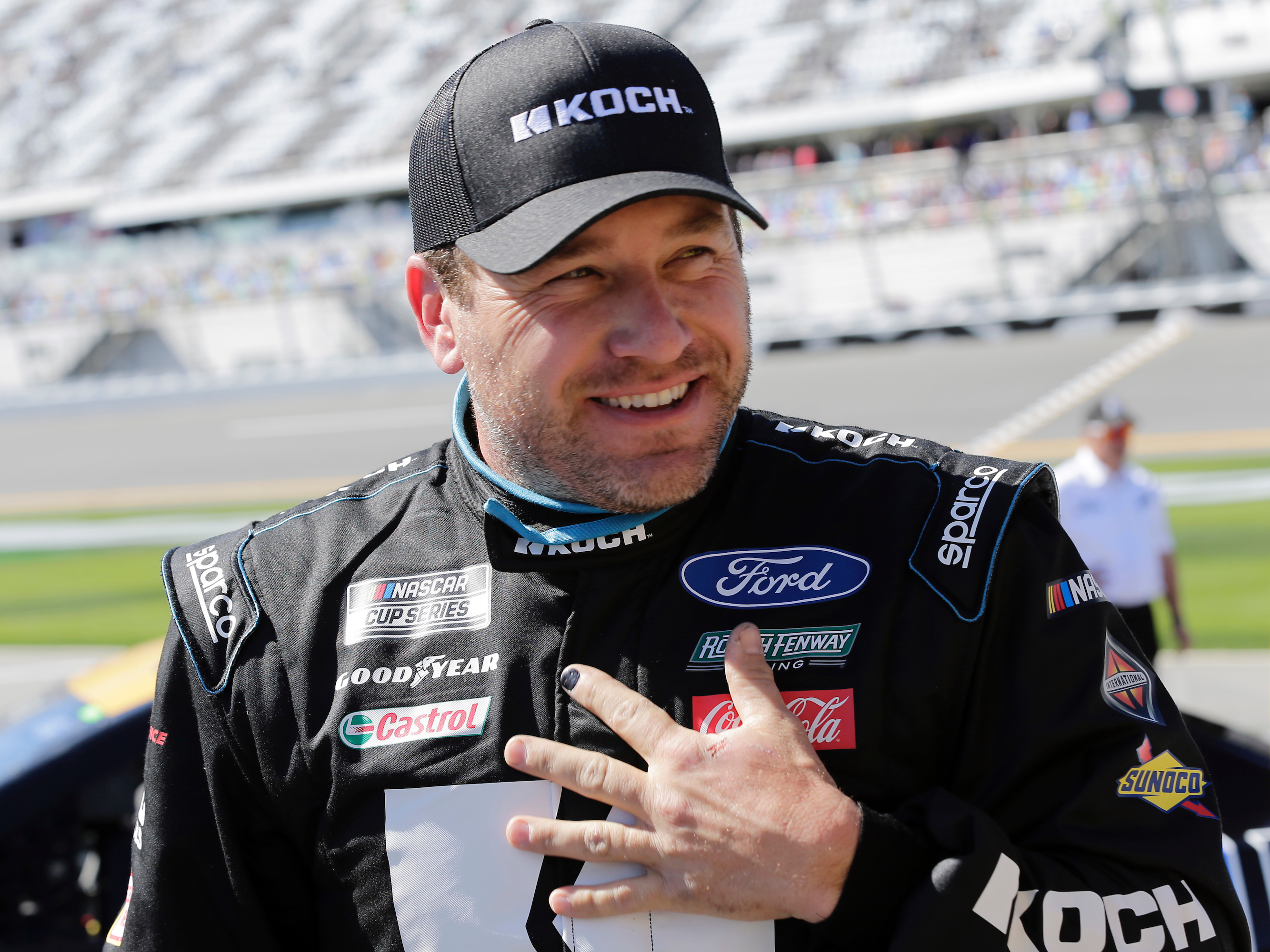 Newman is the father of two young girls. Newman and his wife, Krissie, are founders of an animal rescue nonprofit. AP Photo/Paul KizzleNASCAR driver Ryan Newman, left, is pictured with his wife Krissie, right, and dog Mopar during a news conference where the Ryan Newman Foundation announced the nationwide release of a book it published entitled, Pit Road Pets at the Daytona International Speedway in Daytona Beach.

Newman and Krissie launched Rescue Ranch in 2012 on 87 acres in Statesville, North Carolina.

The animal welfare organisation “promotes humane education by focusing on rescuing on a fundamental level through hands-on learning and care for animals,” according to its website.

The ranch hopes to expand to create nature walks, education trails, a 24-hour emergency veterinarian clinic, and a rescue foster and adoption program.

Newman and his wife announced they were separating just days before the Daytona 500 crash. 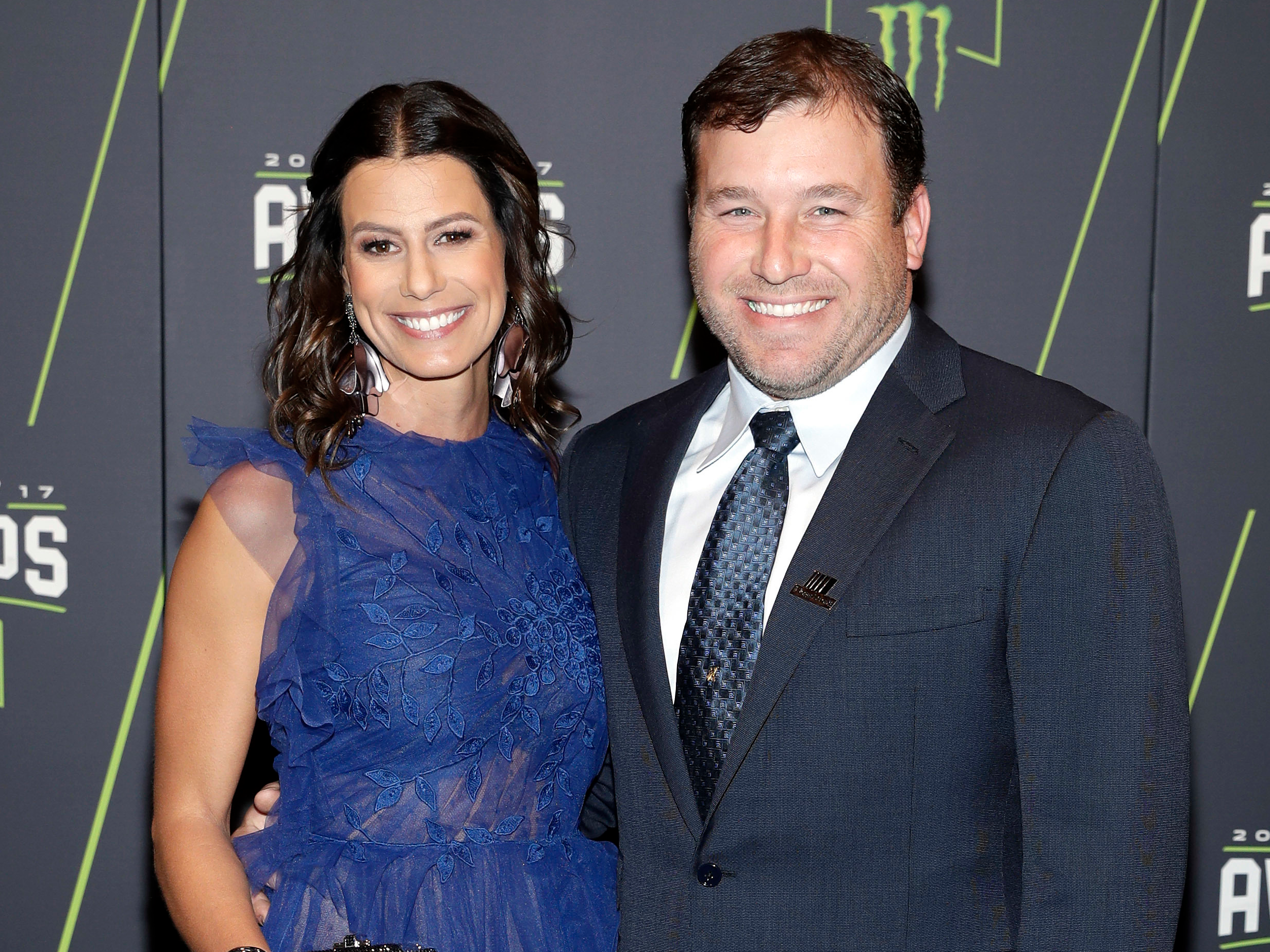 Days before Monday’s crash, Newman and his wife, Krissie, announced they were separating after 16 years of marriage.

The couple made the announcement last Thursday, just days before Newman’s crash.

They described the split as amicable, saying they would still co-parent their daughters and continue their work at their nonprofit.

Krissie was not in Daytona when Newman was injured in the crash, but said hours before it started that she was “praying for a safe race.”

Newman has 18 career cup series wins, and once finished 2nd in a Cup Championship. His best Cup Championship finish was in 2014, when he placed 2nd.

In 2002, he beat out Jimmie Johnson to earn the title of Sunoco Rookie of the year.

Newman is recovering from Monday’s crash in a Daytona hospital.

Newman was taken to Halifax Medical Centre with serious but non-life-threatening injuries on Monday night, said NASCAR executive Steve O’Donnell after the incident.

“We appreciate your thoughts and prayers and ask that you respect the privacy of Ryan and his family at this time,” O’Donnell said.

A statement published on Newman’s Twitter said that updates would be released as they became available.

Praying for a son of South Bend tonight, as we all wish the best for @RyanJNewman and his family after today’s devastating accident. https://t.co/SCEMih5H8Y