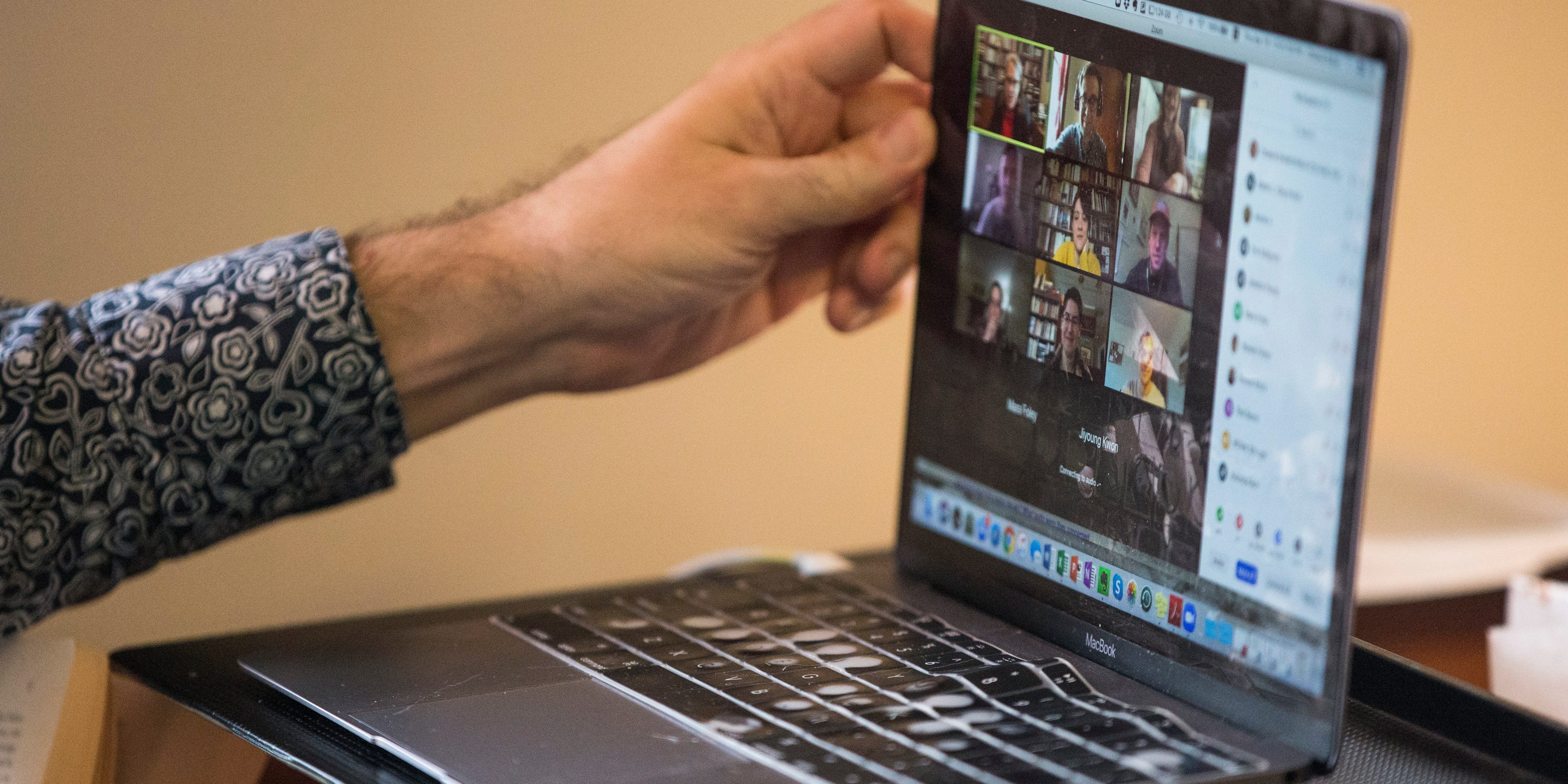 Photo by Blake Nissen for The Boston Globe via Getty ImagesFILE: A virtual meeting is conducted over Zoom.

Students at Rutgers University in New Brunswick, New Jersey, were told Friday the university was aware that virtual events held in honour of Black History Month were being targeted by bigoted individuals espousing anti-Black and anti-LGBTQ views.

“I am deeply disturbed and saddened to learn of racist and bigoted Zoom-bombings that have been occurring in the past several days during non-academic student events,” Christopher J. Molloy, the chancellor of Rutgers-New Brunswick said in a statement Friday.

According to the statement, the “most recent” attacks were faced by people attending events hosted by the Paul Robeson Cultural Centre and the Centre for Social Justice Education & LGBTQ Communities.

Rutgers did not immediately return Insider’s request for more information about these attacks.

“Zoom bombing” is the practice of an uninvited person showing up during a virtual meeting or event that they were not invited to. The practice has become somewhat common during the pandemic, as schools and businesses have shifted many of their typically in-person meetings and events online, opening the door to online intruders.

“While we will not give these bigoted individuals the platform they cowardly sought by going into details, I do want us all to acknowledge the harm done to Black and LGBTQ members of our community, and affirm their pain,” Molloy continued.

Molloy said university officials and departments were working to investigate the incidents but said they believed the bigoted attacks were likely related to a larger, international campaign.

“This creates some challenges, as it requires the involvement of various jurisdictions and technology companies,” he said. We will not resolve this overnight, and it is likely that incidents like these may reoccur before the perpetrators are identified. Therefore, we must remain vigilant to protect our community.”