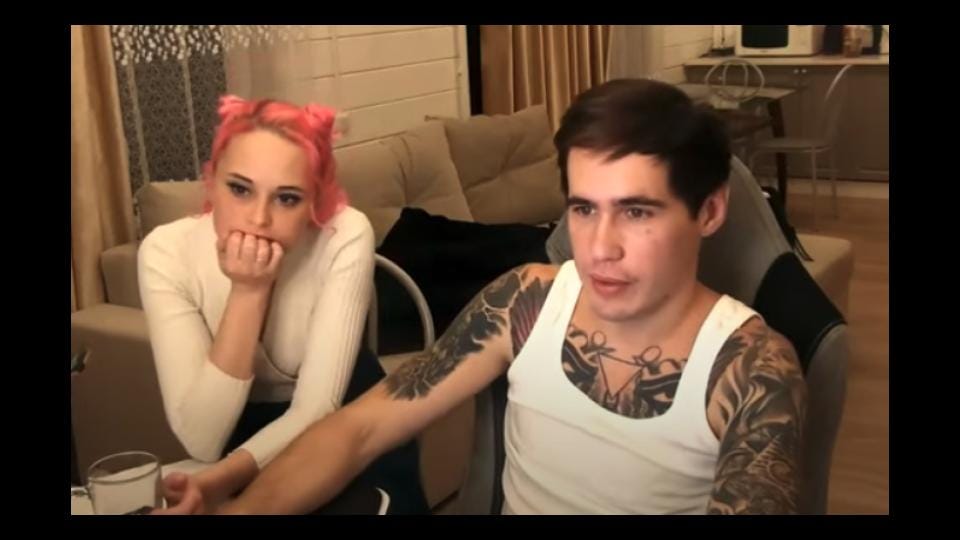 Screenshot/YouTubeValentina ‘Valya’ Grigoryeva is said to have died after Stas Reeflay left her outside in her underwear in below-freezing weather.

A Russian YouTuber is thought to have locked his girlfriend outside in freezing weather during a livestream before she died, according to reports from Russian media outlets, including Baza and Lenta, that were picked up by the New York Post and The Sun Online.

Stas Reeflay, 30, whose real name is Stanislav Reshetnikov, is said to have forced his girlfriend outside his home in freezing weather wearing nothing but her underpants, according to reports from Baza and other Russian media sources reviewed by Insider. Reeflay streamed the incident online.

Recordings of the livestream and other clips with Reeflay and his girlfriend, Valentina “Valya” Grigoryeva, 28, have continued to appear on YouTube.

Baza, an independent news agency in Russia, first reported on the incident on December 2 on the outlet’s Telegram channel. The Russian news website Lenta later reported that the incident in question occurred on the morning of December 2.

“My bunny, what’s up with you?” Reeflay said while still streaming, after carrying Grigoryeva back inside, The Sun reported. “Guys… No pulse… She’s pale. She is not breathing.” Several videos including clips from the incident have amassed hundreds of thousands of views on YouTube.

The Investigative Committee of Russia, which conducts the country’s federal investigations, told The Mirror it was undergoing an “urgent” investigation into Grigoryeva’s death. Insider has reached out to the committee for comment.

A YouTube representative told Insider in a statement that Reeflay’s channel was taken down when the platform was made aware of the livestream. Though the original stream occurred on a different platform, the person said YouTube was removing reuploads of the content. “We’re shocked to learn of this tragic incident,” the person said. “This kind of graphic content is not acceptable on YouTube.”

YouTube added that the creator was not a member of YouTube’s partnership program and therefore was not eligible to earn money from YouTube. Reeflay appeared to have roughly 4,000 subscribers on his channel before it was taken down, according to data from SocialBlade, a social-media analytics website.

It was not immediately clear which platform Reeflay used to livestream on the night of the incident. A Twitch representative told Insider that the livestream did not occur on Twitch and that Reeflay was barred from the platform in 2018. Twitch declined to share the reason for his ban, citing privacy reasons.

Some clips viewed by Insider showed that Reeflay used a platform called DonatePay to earn money during streams. Insider has reached out to DonatePay for comment. The British outlet The Mirror, citing Baza, said a viewer of the stream had paid Reeflay $US1,000 in relation to the incident.

The British outlet The Sun obtained more of Reeflay’s content, which they said involved a “campaign of violence and abuse” against Grigoryeva. In one clip, The Sun reported, Reeflay repeatedly sprayed her with pepper spray. Russian authorities said Grigoryeva’s body showed signs of beatings, The Sun said.