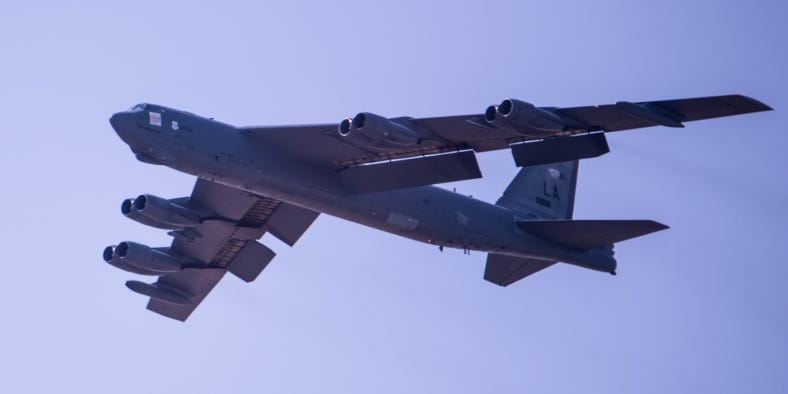 A pair of Russian fighters conducted an “unsafe and unprofessional” intercept of a US B-52 Stratofortress bomber over the Black Sea Friday, the US Air Force said in a statement Saturday.

The service said that two Russian Su-27 Flankers “flew in an unsafe and unprofessional manner while crossing within 100 feet of the nose of the B-52 multiple times at co-altitude and while in afterburner causing turbulence and restricting the B-52’s ability to manoeuvre.”

The US military released the following video of the incident:

Gen. Jeff Harrigian, the US Air Forces in Europe-Air Forces Africa commander, said in a statement that “actions like these increase the potential for midair collisions, are unnecessary, and inconsistent with good airmanship and international flight rules.”

He added that the Russian aircraft “jeopardized the safety of flight of the aircraft involved.”

Russia regularly executes intercepts that are considered “unsafe and unprofessional.” Earlier this year, for instance, the US Navy accused Russia of doing so at least three times in just two months, with Russian fighters closing to dangerous distances or carrying out risky manoeuvres while intercepting US P-8A Poseidon Maritime Patrol and Reconnaissance Aircraft.

In one instance, a Russian fighter conducted a high-speed inverted manoeuvre just 25 feet in front of the US aircraft, a move seemingly pulled straight from the movie “Top Gun.”

In another close call, two tactical aircraft closed in on both sides of the P-8, restricting its ability to safely manoeuvre. 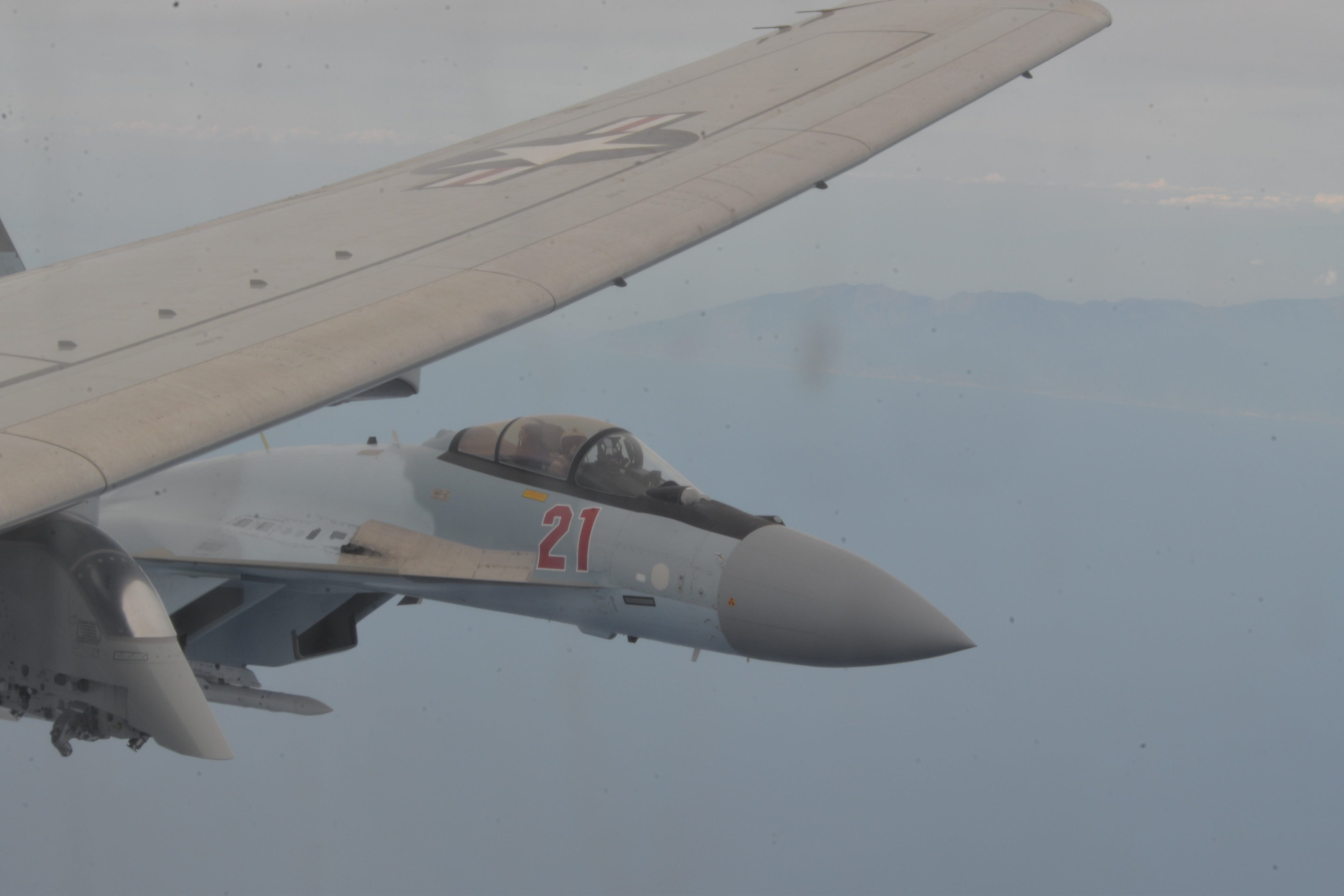 The unsafe intercept of a bomber by Russian fighters Friday followed a series of intercepts of Russian patrol aircraft by NORAD fighters the day before.

Russian long-range air patrol flights near the US appear to be occurring more frequently.

“This year, we’ve conducted more than a dozen intercepts, the most in recent years,” NORAD commander Gen. Glen VanHerck said in a statement. “The importance of our continued efforts to project air defence operations in and through the north has never been more apparent.”

The NORAD intercepts of the Russian maritime patrol aircraft came the same day US Northern Command said that it was “closely monitoring the Russian submarine that surfaced near Alaska.” The submarine is believed to have been participating in a large scale Russian naval exercise.

“We closely track vessels of interest, including foreign military naval vessels, in our area of responsibility,” NORTHCOM said.