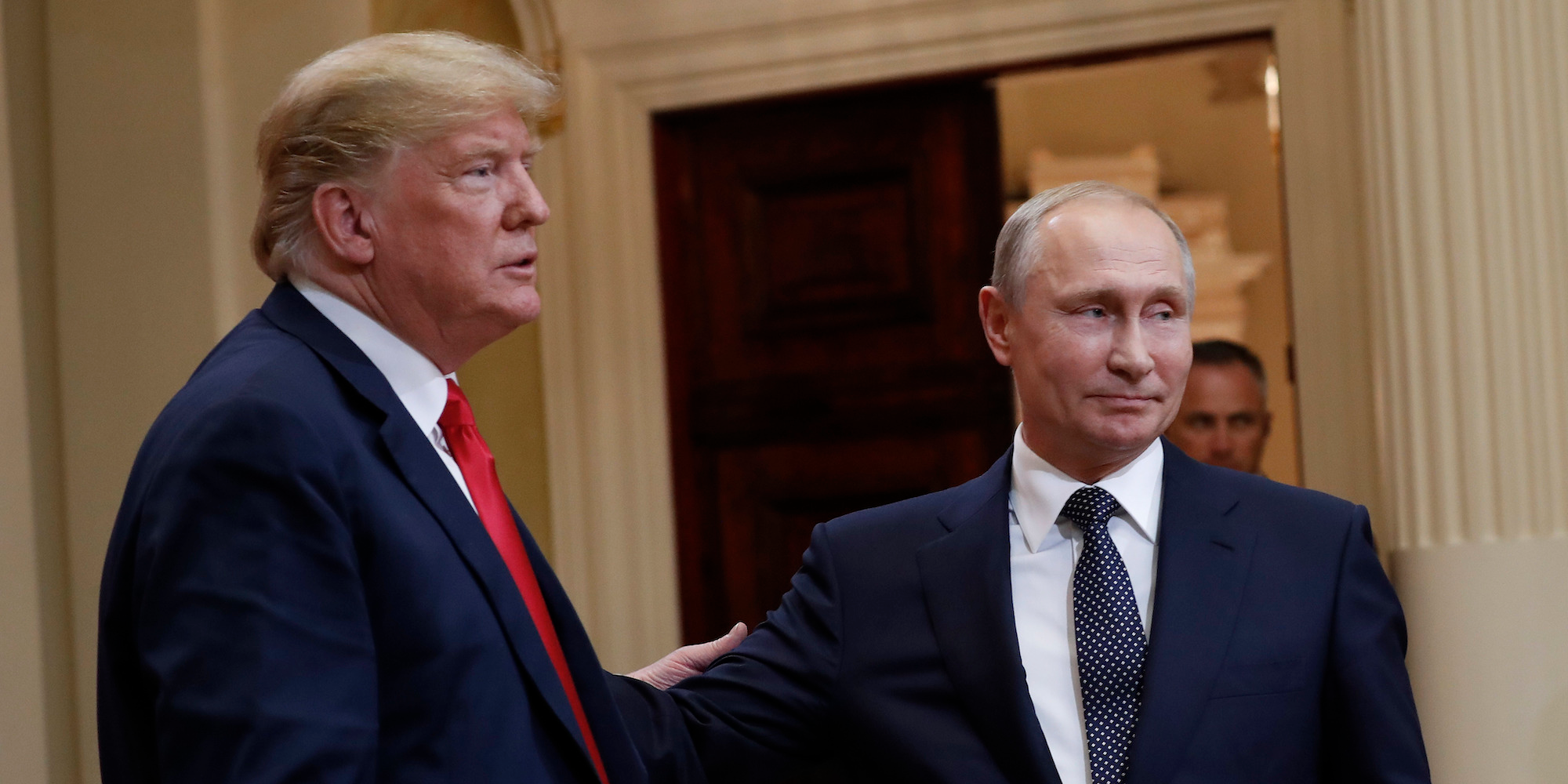 Three NATO officials say they had been briefed on intelligence that Russian operatives were secretly offering cash bounties to Taliban-linked militants for US casualties in Afghanistan – as President Donald Trump claimed he was not, and dismissed news reports on the intelligence as a “possibly another fabricated Russia Hoax.”

The revelation that US intelligence had briefed the White House on the Taliban bounties had been a closely-held secret for several months, until US officials began briefing UK and other European allies last week.

The intelligence was first reported Friday in The New York Times and has since been widely confirmed.

Over the weekend, White House press secretary Kayleigh McEnany said neither Trump nor Vice President Mike Pence had been briefed on the intelligence. And on Sunday, Trump tweeted that US intelligence “did not find this info credible” and did not report it to him or Pence, calling the Times report “possibly another fabricated Russia Hoax.”

However, three NATO military officials told Insider on Monday they had been briefed by US intelligence of the potential threat, with two of them saying they were given the briefing about one week ago. None of the three officials have permission to be named in the press, but their identities are known to Insider.

“We were briefed [by the Americans] on a potential threat to our troops in Afghanistan from operatives potentially linked to the Russian intelligence services,” one NATO military intelligence official told Insider on Monday.

“There is no indication that our troops – or any non-US NATO troops – have been targeted in these attacks, but all NATO services with casualties in Afghanistan over the past two years are currently checking for any connections.”

Two other NATO officials – who represent countries with troops who regularly support the NATO mission in Afghanistan – confirmed similar briefings. Twenty-six coalition members were killed in Afghanistan in 2019. Multiple newsorganisations reported that US investigators are now investigating an April 2019 roadside bomb attack that killed three Marines as well as a number of “insider” attacks where Afghan troops turned on their Western trainers.

One of the intelligence officials, who is from a Western European country, said there was evidence that the Russian operatives who dealt with the Taliban were connected to Unit 29155, a shadowy Russian military intelligence group that has been implicated in attacks in the UK and Bulgaria with chemical weapons, as well as an attempted coup in Montenegro in 2016.

Unit 29155 has been operating for at least a decade, but its existence was not publicly known until last year.

“There’s increasing [signal intelligence] information on some of these clumsy Russian operations like the assassination teams,” said the Western European intelligence official.

“SIGINT [signals intelligence] has shown the Russians were livid about the incident in Syria – they lost a bunch of guys as well as allies, it was a total humiliation.” 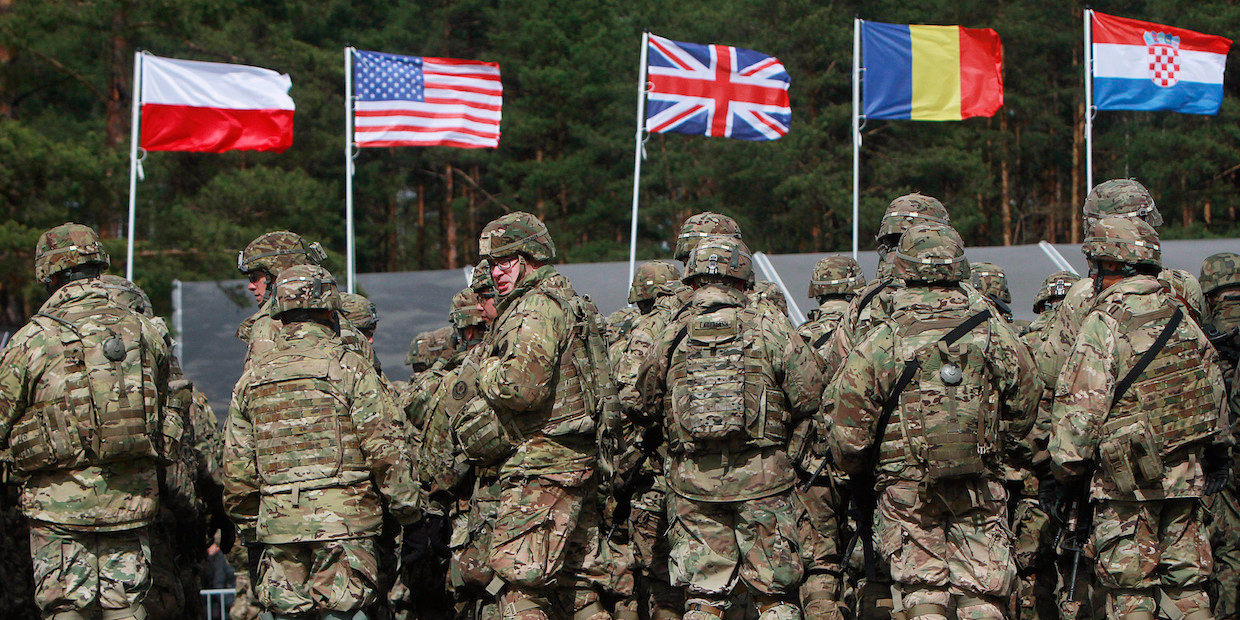 Associated PressUS troops who are part of a NATO mission to enhance Poland’s defence prepare for an official welcoming ceremony in Orzysz, Poland, on April 13, 2017.

When pressed for details, the source declined to say if they had explained specific intelligence linking a plot in Afghanistan to a 2018 incident in Syria’s Deir ez-Zor province, where US special forces backed by air strikes killed scores, if not hundreds, of Russian-backed militias and their Russian mercenary trainers.

The official pointed out the large amount of intelligence western countries have gathered on the Russians in recent years.

“Look at the MH17 trial in The Hague,” said the official, pointing to the ongoing case against Russian intelligence and their separatist allies in the 2014 shooting-down of a Malaysia Airlines jet. “There’s nonstop transcripts of intercepts, same with Libya, same with Syria, there’s always intercepts.”

Afghanistan ‘offers Putin a free arena to cause problems’

Another counterintelligence source with a NATO country that has troops in Afghanistan, who had confirmed the briefing, told Insider that Russian activity in Afghanistan is “obviously nothing new, they have been there for decades.”

But the source noted that even well before this latest briefing on the potential threat, his service had identified Russia as an increasing threat in Afghanistan.

“It’s a place they know and can easily access, and it offers [President Vladimir] Putin a free arena to cause problems with great deniability,” said the intelligence official.

“We have been seeing increased Russian activity and a sense they were helping certain groups or kinds of groups get weapons and reported these things to NATO command and the Americans.”

The source said his country’s service had previously passed along concerns to the US about Russian activity in Afghanistan.

When asked if it received a response, he said: “Maybe this is the response? If enough people reported these things back as a potential problem, this could be the result of the investigation.”