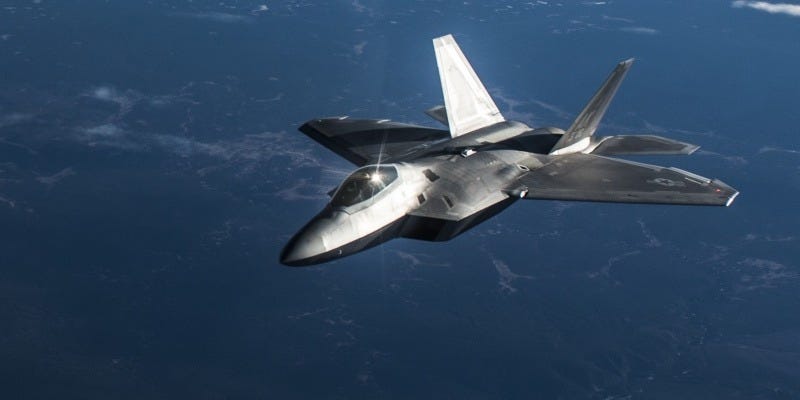 US fighters intercepted four Russian military aircraft near Alaska Saturday, marking the sixth time this month Russian planes have been intercepted in the area this month.

The approaching Russian aircraft came within 65 miles of Alaskan territory and loitered in the ADIZ for about eight hours.

Saturday’s incident is the sixth time the US fifth-generation stealth fighters have intercepted Russian military aircraft near Alaska this month and the tenth time this year.

“This year alone, NORAD forces have identified and intercepted Russian military aircraft including bombers, fighters, and maritime patrol aircraft on ten separate occasions when they have flown into the ADIZ,” Gen. Terrence O’Shaughnessy, NORAD commander, said in a statement Saturday.

While the Russian aircraft stayed farther out during the most recent flight, in one earlier incident, Russian bombers came within 32 nautical miles of Alaskan shores.

Russian long-range air patrol flights near the US appear to be occurring more frequently. In a statement last year, NORAD stated that it has intercepted an average of six to seven Russian sorties entering a NORAD ADIZ since Russia restarted the patrols in 2007. Russia has now carried out that many flights in one month.

NORAD said Saturday that it uses radar, satellites, and fighter aircraft to identify potential threats to the US and Canada and respond accordingly.