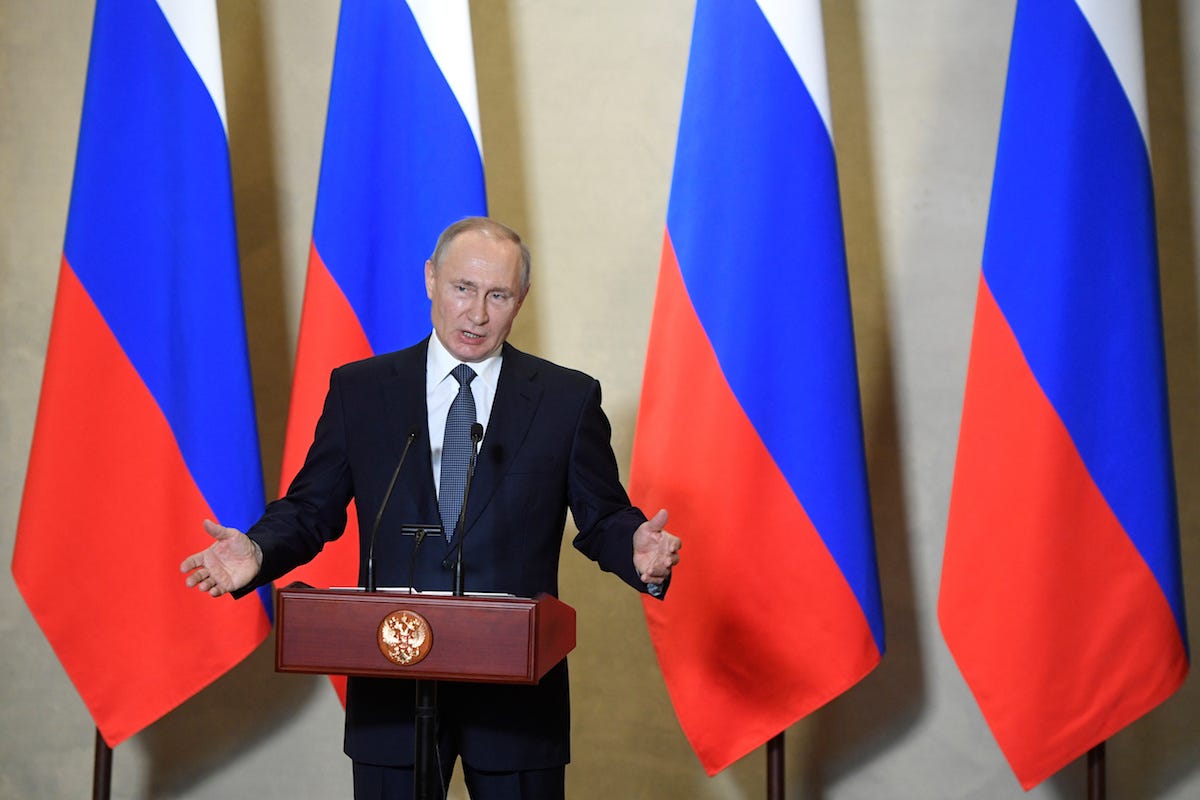 The Pentagon has released declassified intelligence images it says clearly prove the Russian military has transferred advanced fighter-bomber aircraft to Libya in support of the warlord Khalifa Haftar’s campaign to seize control of the country. In an unusually direct move, US Africa Command released a series of images this week depicting the transfer of advanced Russian aircraft – Mig-29 fighters and Su-24 ground attack aircraft – to Libya from Russia with a stopover at a Russian base in Syria for their identifying marks to be repainted.

“Russia is clearly trying to tip the scales in its favour in Libya. They are expanding their military footprint in Africa using government-supported mercenary groups like Wagner,” said U.S. Army Gen. Stephen Townsend, commander, U.S. Africa Command. “For too long, Russia has denied the full extent of its involvement in the ongoing Libyan conflict. Well, there is no denying it now. We watched as Russia flew fourth-generation jet fighters to Libya – every step of the way. Neither the LNA nor private military companies can arm, operate and sustain these fighters without state support – support they are getting from Russia.”

NEWS: Russia deploys military fighter aircraft to Libya
—–
"For too long, Russia has denied the full extent of its involvement in the ongoing Libyan conflict. Well, there is no denying it now." – Gen. Townsend
Release: https://t.co/HpLdwUJxcr
Photos: https://t.co/raTal1LKPa pic.twitter.com/dVtsWKPYZ5

The Russian government has consistently denied directly intervening in the Libyan conflict. But Moscow supports Haftar and his self-styled ‘Libyan National Army’ (LNA) against the internationally recognised Government of National Accord (GNA), which controls the capital Tripoli. Russia, Egypt, and the UAE have heavily backed Haftar’s LNA with weapons, air support and an estimated 1,500 mercenary advisors from the Wagner Group, a private military company with close ties to Russia’s leadership.

On the other side, the increasingly violent conflict has drawn NATO member Turkey into support of the GNA – effectively making the conflict a low-level proxy war between Russia and Turkey. 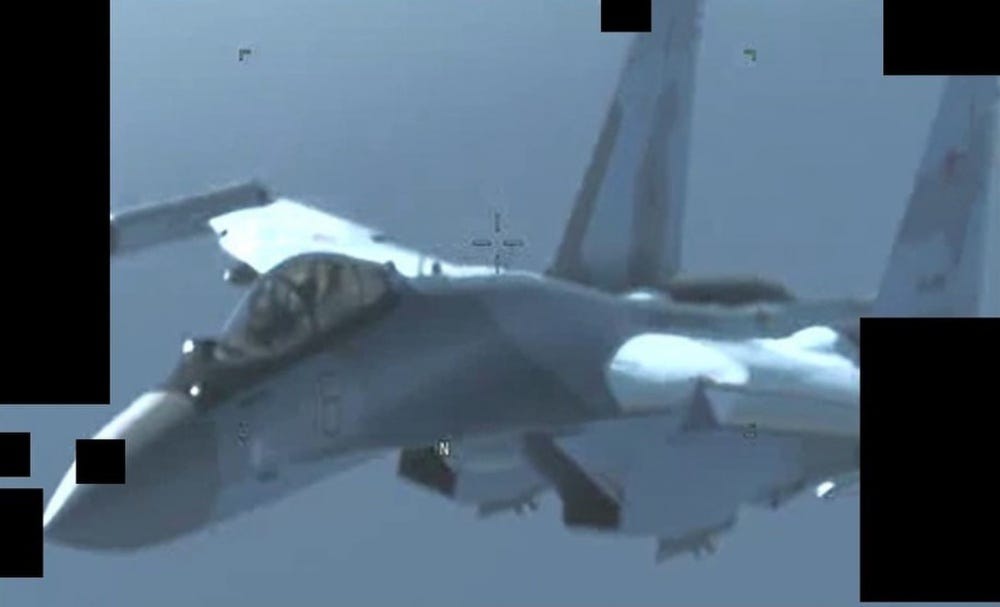 The Wagner “advisors,” along with Russian supplied advanced anti-aircraft systems, were badly gouged by a series of Turkish drone strikes last week, forcing Wagner to withdraw its troops from the outskirts of Tripoli, where Haftar’s troops had been besieging the government.

Multiple Russian supplied Pantsir anti-aircraft systems – considered among the most advanced in Russia’s arsenal – were destroyed by the Turkish drone offensive, according to social media footage of the fighting released by Turkey’s allies in Tripoli. It was an embarrassing setback for both Russia and Haftar, who vowed an air campaign in response that, the latest movements suggest, will be conducted by Russian air force planes.

The UN has kept an arms embargo on Libya since 2011. Turkey, the UAE, Egypt, and Russia have openly flouted it. There have been open transfers of military equipment, as well as both sides importing Syrian fighters from all sides of that country’s civil war. 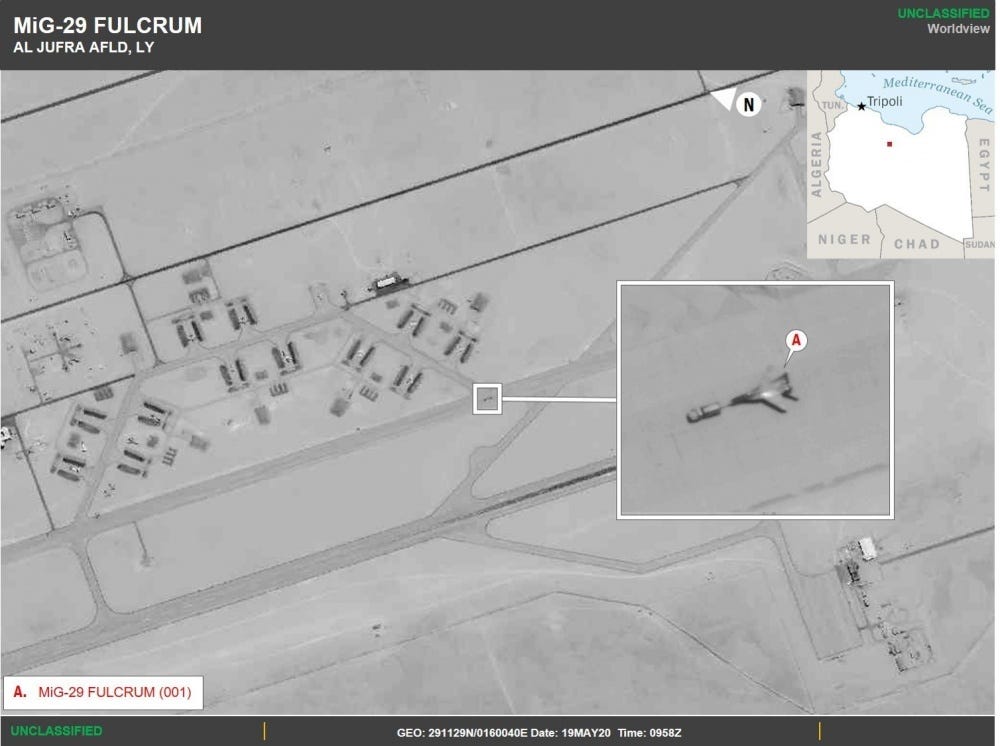