A Russian spy ship “bristling with antennas and satellite dishes” docked in Havana harbour just a day before a US delegation is set to travel to the country, CNN reported today.

President Barack Obama announced plans to normalize relations with the still communist-governed island nation in late 2014. The US severed diplomatic ties and imposed an economic blockade in the early 1960s, after Fidel Castro’s regime seized control of the island.

But the spy ship could be Russia’s blatant demonstration that the US’s opening of ties won’t weaken the island’s relationship with Moscow, another government whose foreign and economic policies have often been at odds with those of the US and its allies.

“It may have a secret mission, but they’re certainly not trying to hide the ship’s presence,” CNN’s Patrick Oppman reported as he gestured to the spy ship behind him. “It glided into Havana early this morning in full view of everyone to see” and docked where cruise ships usually do, he added.

It wouldn’t be the first time Russia used its fleet to send such blunt messages to its rivals.

In November, Putin’s visit to the G20 summit in Australia was accompanied by a four warships that remained in international waters on the edge of Australia’s maritime claims. The ships may also have been used to gather intelligence.

The spy ship currently in Havana harbour also paid Cuba a visit last year, stocking up on “quite a bit of Cuban beer and rum,” Oppman said, before making its way closer to the United States for possible espionage.

Roberta Jacobson, the US’s top diplomat for Latin America, will lead the visit to Cuba set for Jan. 21st and 22nd. Despite the shift in US policy, there’s a lot for Cuba and the US to work out before ties are fully restored, including the status of fugitives from US justice living in Cuba and the mechanisms for lifting import and export restrictions in both countries. 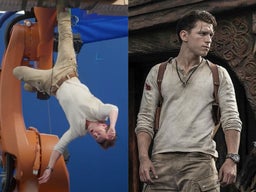