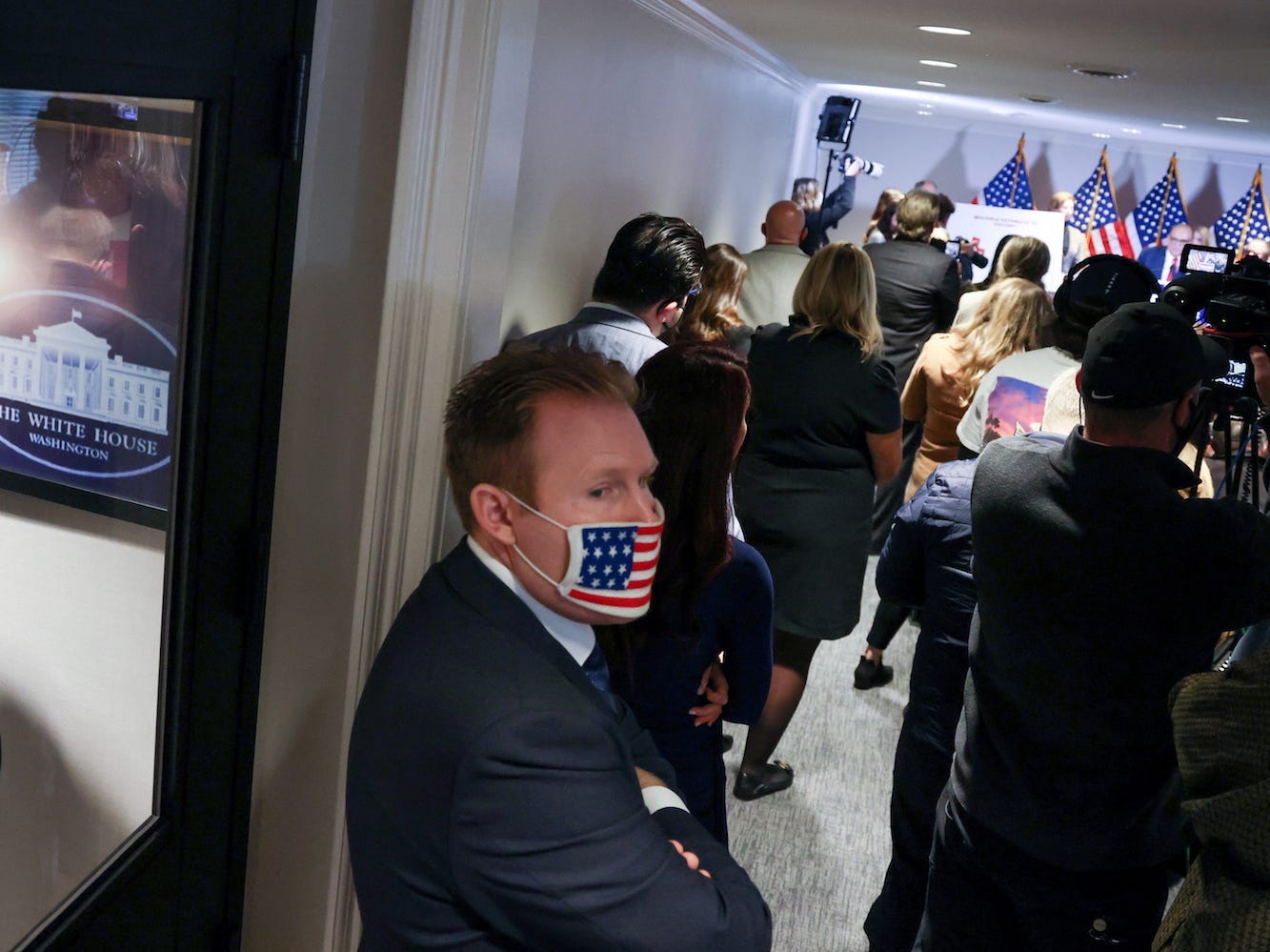 Rudy Giuliani’s son, Andrew, announced he tested positive for the coronavirus a day after attending his father’s press conference, in which Trump’s personal attorney was seen sweating profusely.

Taking to Twitter on Friday, Andrew Giuliani wrote that he was “experiencing mild symptoms” and “following all appropriate protocols, including being in quarantine and conducting contact tracing.”

He attended the two-hour press briefing with his father at the Republican National Committee (RNC) headquarters in Washington, DC, on Thursday.

The younger Giuliani, a White House staffer, was pictured at the event wearing a face covering. His father and many other Trump campaign lawyers spoke without masks from an indoor podium. Dozens were present in the audience.

During the briefing, Rudy Giuliani sweated profusely, causing his hair dye to run down his face. 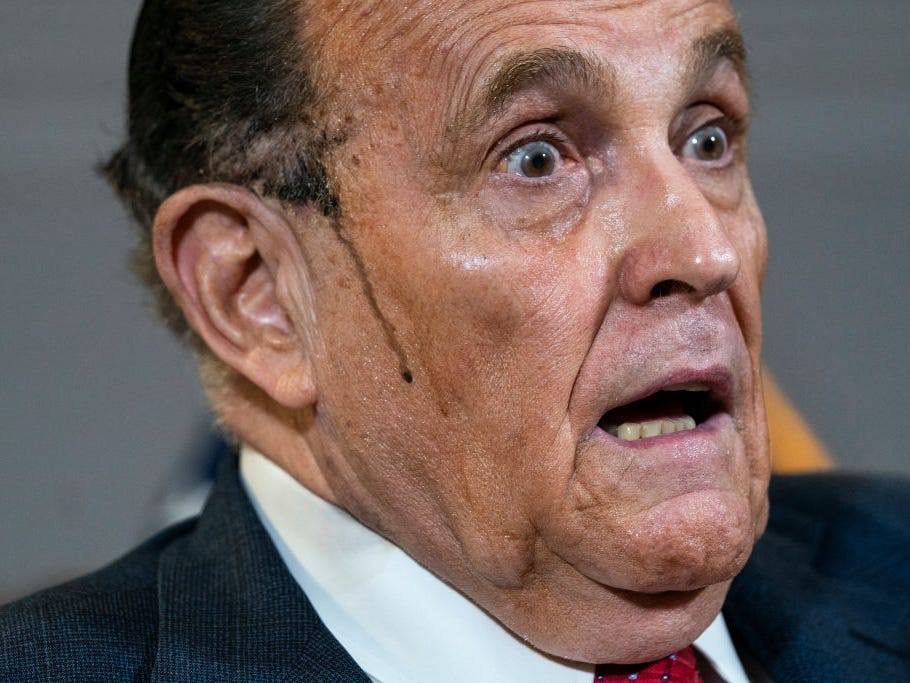 The former New York mayor, who is reportedly asking for $US20,000 per day in legal fees, spent the conference floating unfounded conspiracy theories and claiming incorrectly that President Trump won the election.

The Trump campaign lawyer, Jenna Ellis said during a conference call on Friday that Trump’s legal team, which was also present at the briefing, had likely been exposed to the virus as most of them were not wearing face masks, Newsweek reported.

Ellis later tweeted that both she and Rudy Giuliani had so far tested negative for the virus and that the rest of the legal team will continue to “follow the advice and protocols of our doctors.”

Mayor @RudyGiuliani and I have both tested negative for COVID-19.

The entire legal team will continue to follow the advice and protocols of our doctors.

Andrew Giuliani, who is 34 years old, is the latest of many Trump administration and campaign officials to have become infected with COVID-19.

The president’s eldest son, Donald Trump Jr, also tested positive for the virus earlier this week and is currently quarantining. A spokesman for Trump Jr. previously told Business Insider that the president’s son is asymptomatic.

Rudy Giuliani is currently leading a team of five lawyers fighting to overturn the election result, which the Trump administration has called “rigged.”

The former New York mayor is 76 years old, which puts him in the risk category for more severe coronavirus symptoms.

It unclear whether Rudy Giuliani is self-isolating or whether he had close contact with his son in the last few days.

Business Insider reached out to Rudy Giuliani but did not hear back in time for publication.