'You come to work, and you realise you have no job': Ruby Tuesday employees say the chain is shutting down restaurants without warning staff 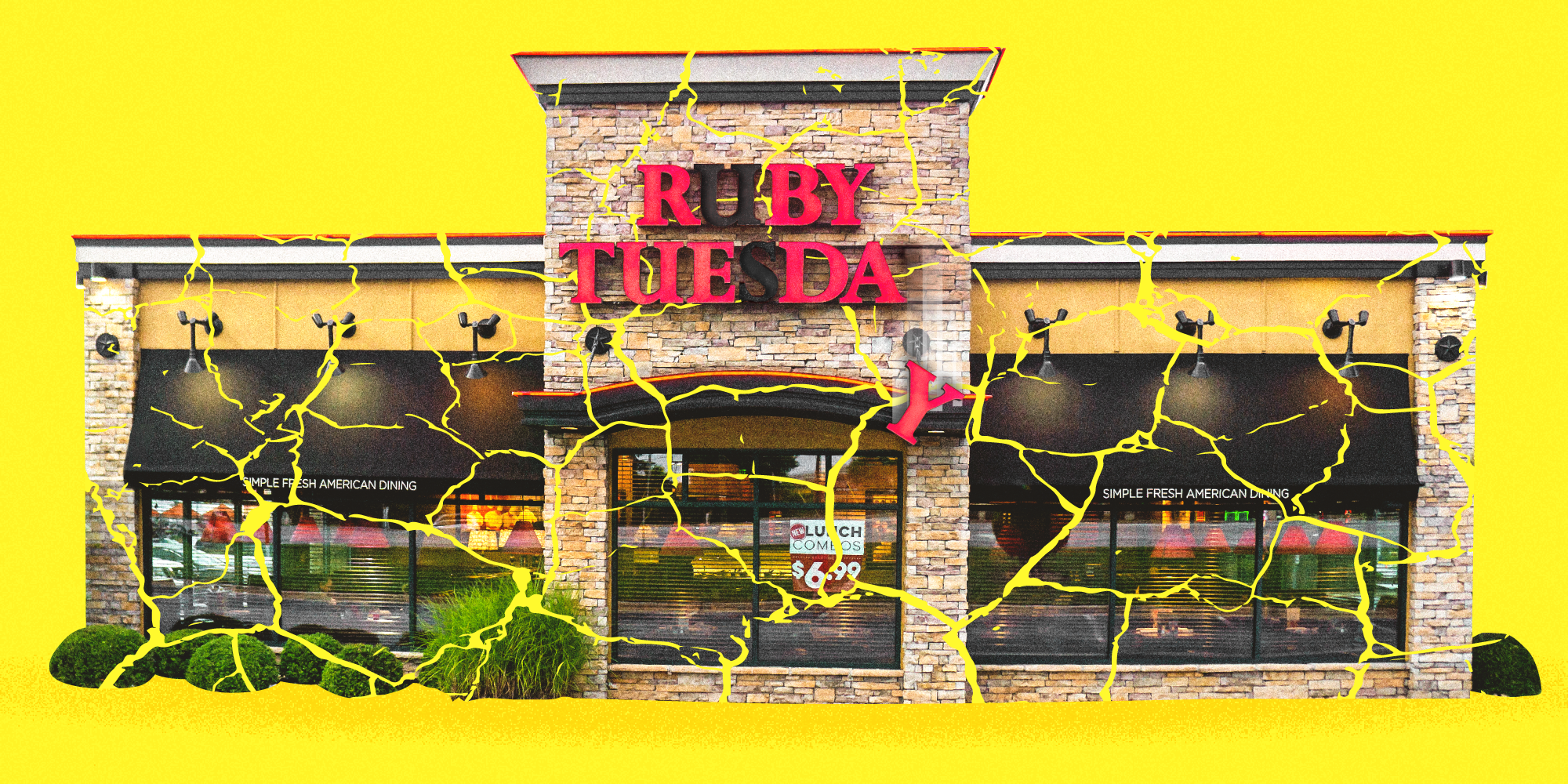 Some Ruby Tuesday employees say that the company is ghosting its workers.

The chain appears to be rapidly collapsing, having closed more than 150 locations in 2020 out of approximately 450 global restaurants– even after receiving millions of dollars in small business loans from the Paycheck Protection Program.

Workers tell Business Insider that Ruby Tuesday isn’t notifying all employees in advance of planned restaurant closures, resulting in some staff showing up to work only to find out they’re out of a job. One such incident was reported by WROC in Rochester, New York, in December 2019.

The federal Worker Adjustment and Retraining Notification Act, or “WARN,” requires employers with more than 100 full-time workers to notify employees of closures or layoffs at least 60 days in advance. However, employers with less than 50 full-time workers at a single location are exempt, and most non-corporate Ruby Tuesday employees are part-time

Business Insider repeatedly reached out to Ruby Tuesday for comment on this article, but did not receive a response. Calls placed to Ruby Tuesday’s corporate office led straight to voicemail.

A former chef at a Ruby Tuesday in Fort Wayne, Indiana told Business Insider that when he went in for his shift on August 20, he was greeted by the sight of moving trucks. Management told the chef that the restaurant had permanently closed, but that he could stay to help load up the trucks. The chef said that because of the sudden and unexpected loss of his job, he “will be homeless soon.”

“If a store is shutting down permanently, Ruby Tuesday never, ever, ever, ever gives notice to anyone,” a Missouri Ruby Tuesday server, who’s been with the company for 14 years, told Business Insider. “The district manager will call the general manager literally the night before and say hey, you’re being shut down, tonight is your last day of being open, don’t tell anyone until tomorrow.”

A Ruby Tuesday bartender, also located in Missouri, said that his manager had closed another Ruby Tuesday location in this manner, having received express directions from corporate not to tell employees until the last possible moment.

“They didn’t find out until right when they were about to close,” the bartender said.

A server in Philadelphia told Business Insider that when the chain closed six nearby restaurants in the last year and a half, it often failed to notify staff of the closures.

“My friend worked at one of the ones that closed down during the pandemic, and he walked in to get his check, and there was a sign on the door that said this restaurant is now closed,” the Philadelphia server said. “They used to sometimes transfer you to a new location, but they don’t do that anymore because other locations are struggling. They put a sign on the door, and you come to work, and you realise you have no job.”

All three employees told Business Insider they don’t expect the company to last much longer. But they also say that any loyalty they once had to the company is already gone.