20 of the most daring outfits royals have ever worn 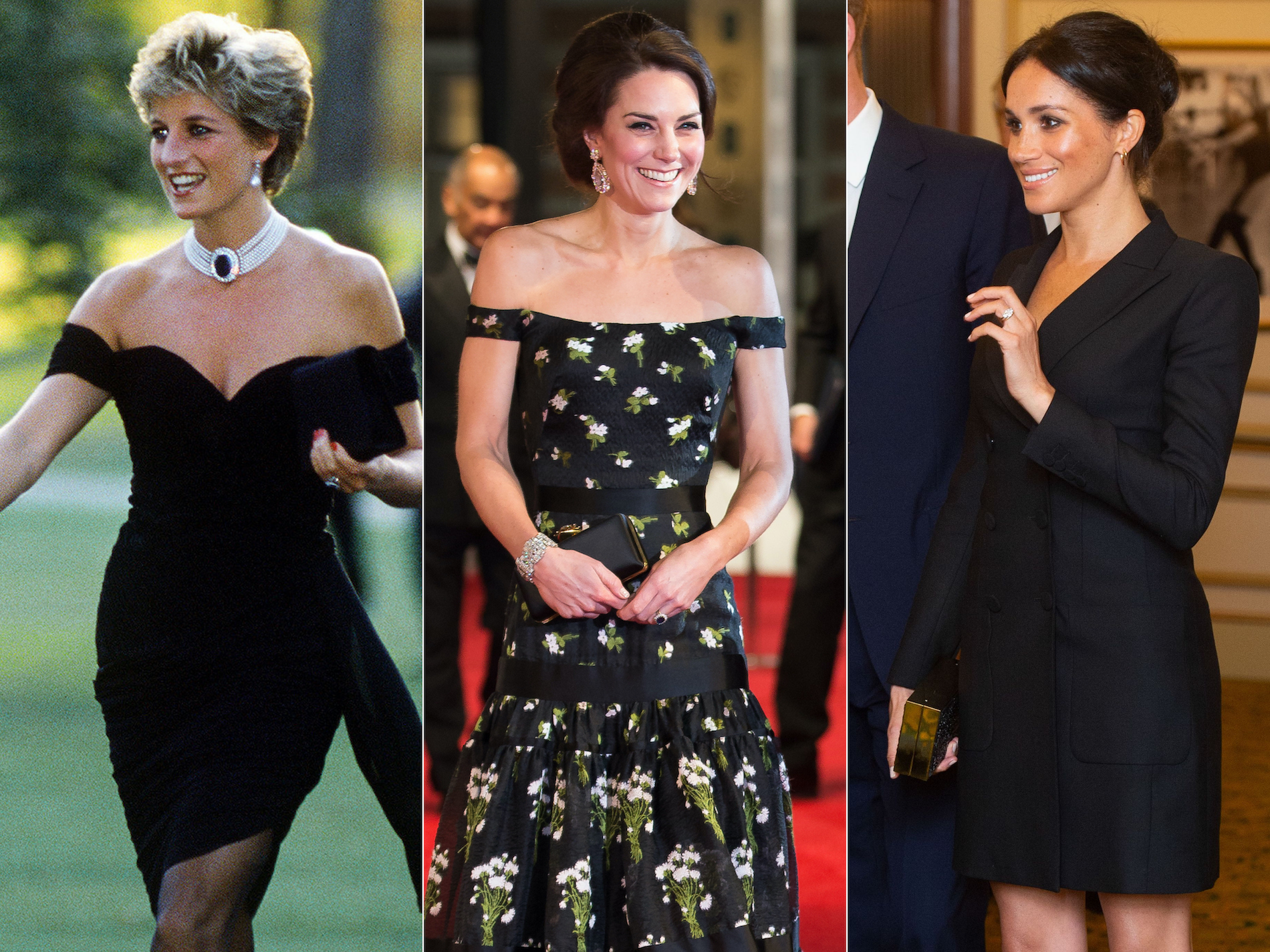 Princess Diana wore an off-the-shoulder Catherine Walker gown during a royal tour of Australia in 1988. 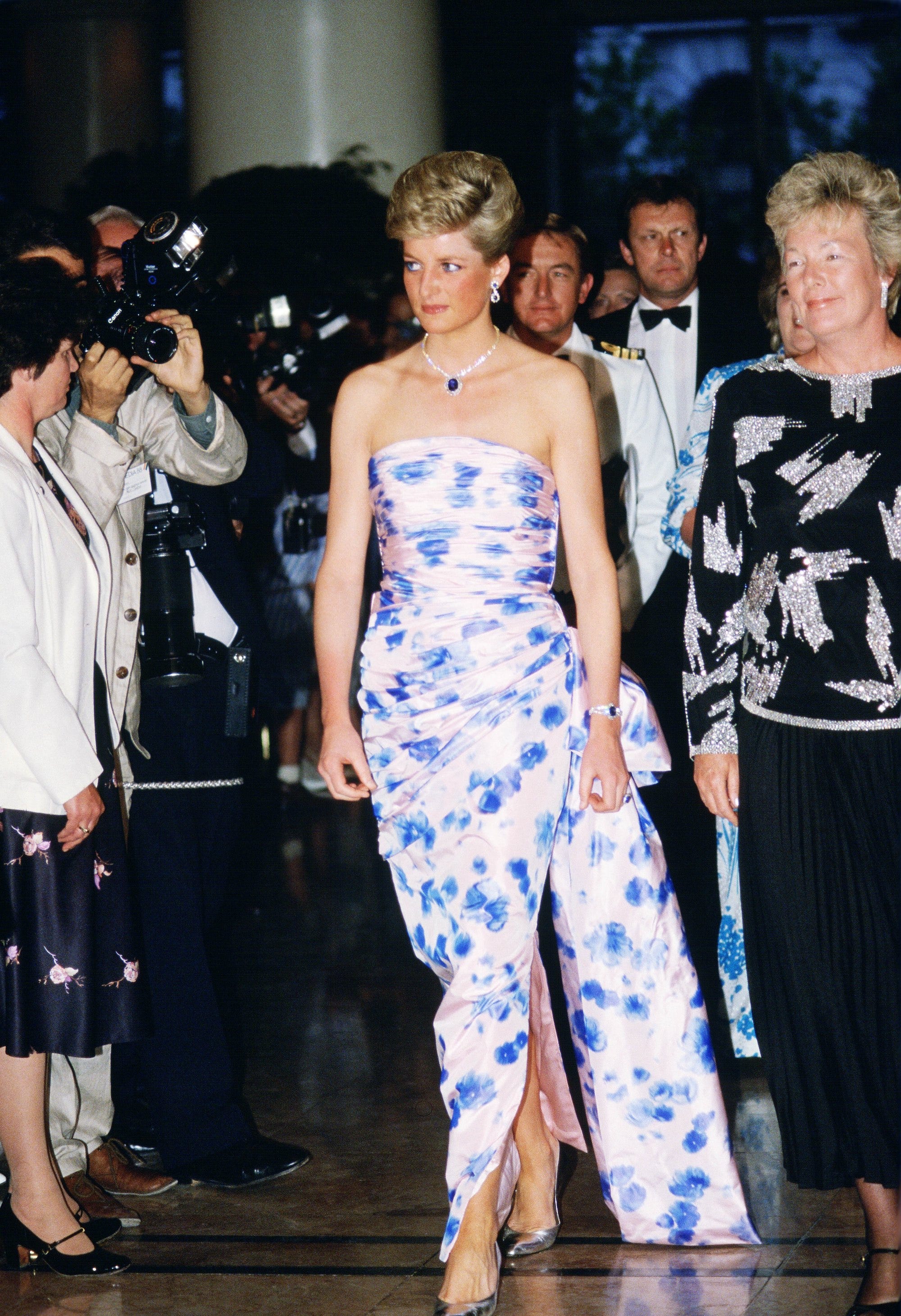 The colourful dress was designed with a leg slit on one side.

Princess Diana made a statement in this bold, one-shoulder Catherine Walker gown during an official trip to Brazil in 1991. 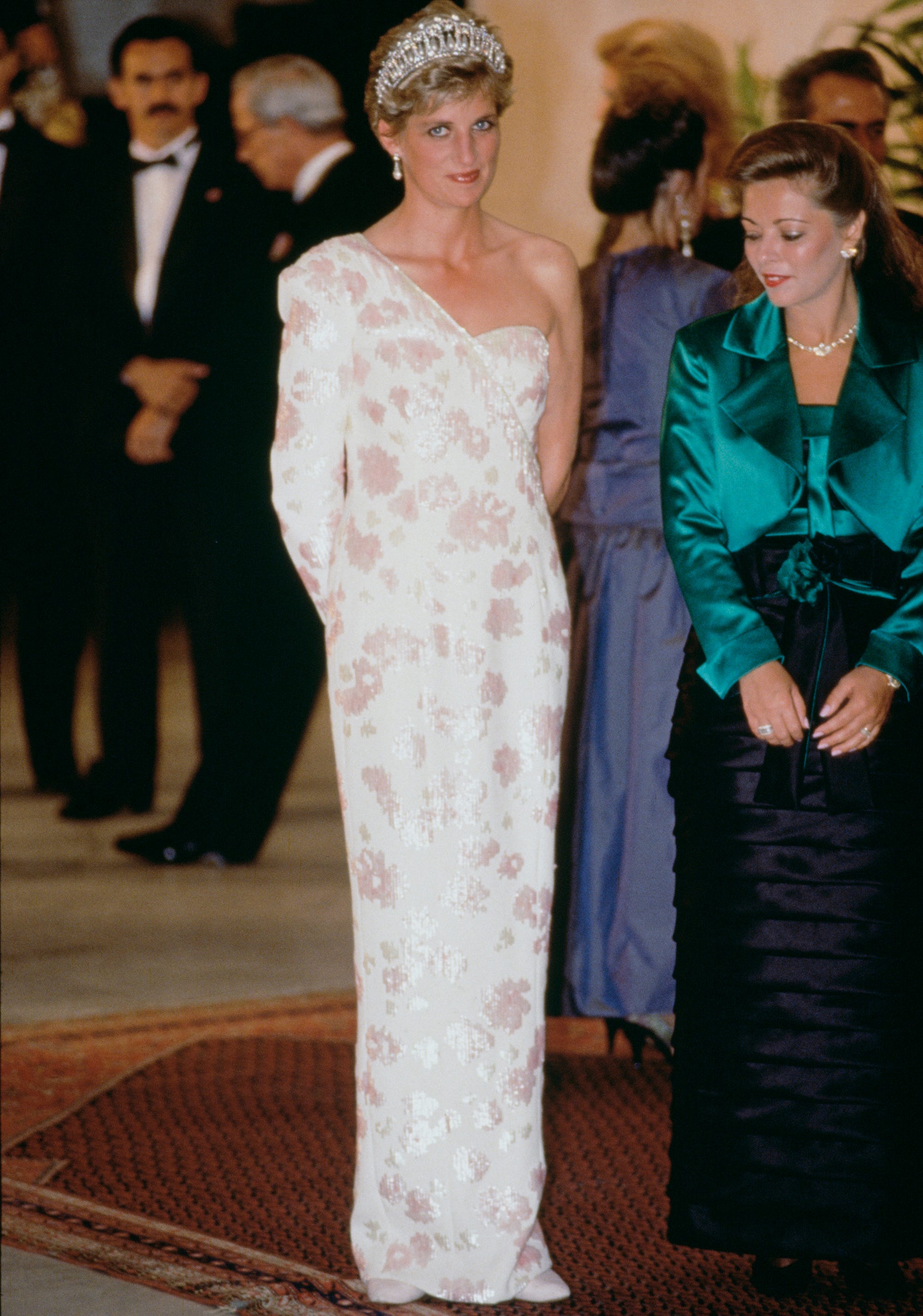 Tim Graham/Getty ImagesPrincess Diana during an official trip to Brazil in 1991.

She completed her look by wearing the famous Lover’s Knot tiara.

In 1994, Princess Diana arrived at the Serpentine Gallery wearing a black Christina Stambolian dress with a plunging neckline. 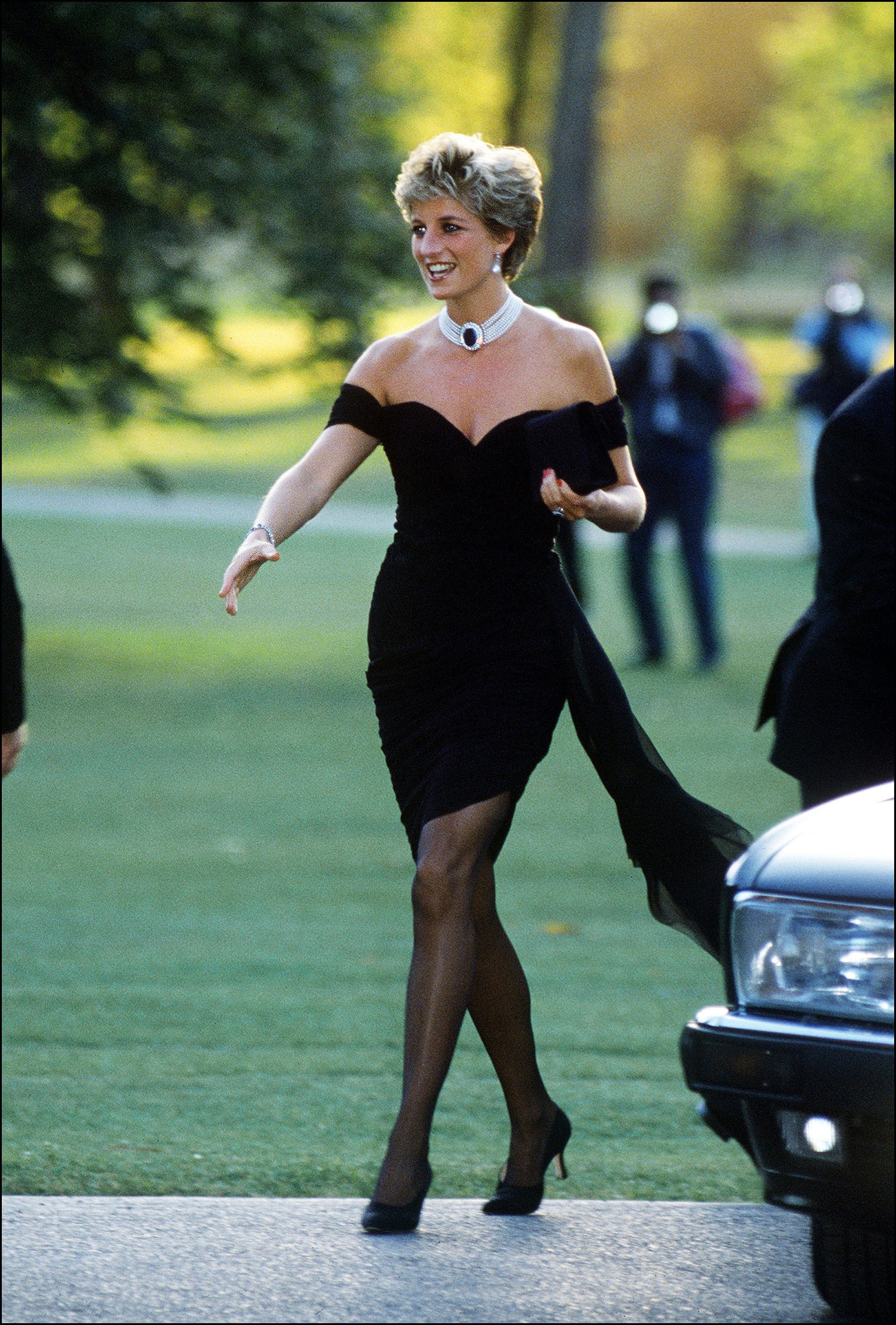 It was dubbed the “Revenge Dress” because she wore it on the same night Prince Charles’ controversial tell-all interview aired. The Prince of Wales admitted to having an affair in the television documentary.

Princess Diana looked stunning in a beaded, blue midi dress during a 1995 appearance at the Serpentine Gallery. 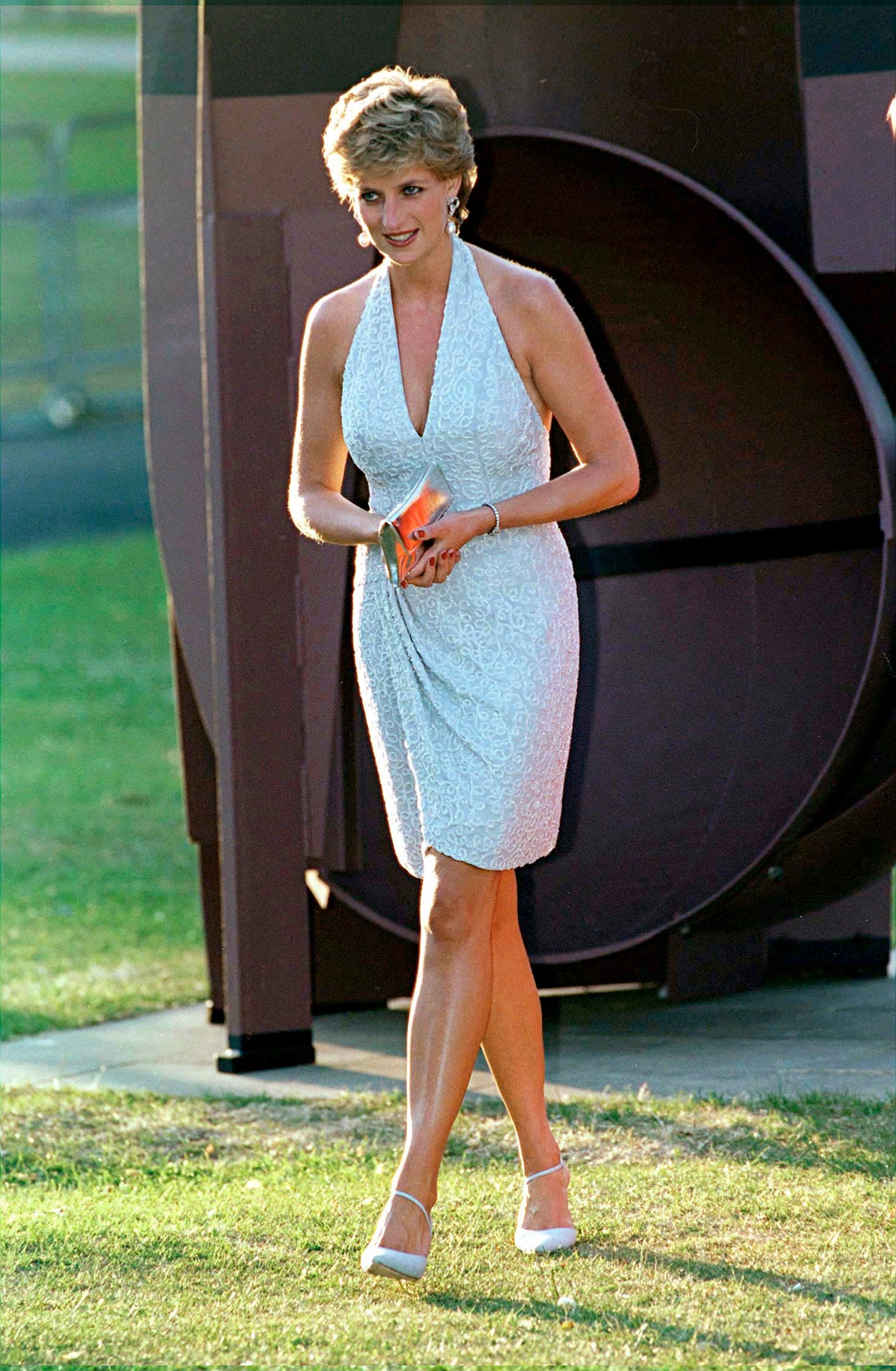 Tim Graham/Getty ImagesPrincess Diana made an appearance at the Serpentine Gallery in 1995.

The halter-style dress was designed with a low-cut neckline.

Princess Diana wore a white lace gown with a low back to a gala in 1996.

She arrived at the gala in Washington, DC, carrying a matching white clutch.

In 2011, Kate Middleton wore a yellow Jenny Packham dress that almost rode up while she was walking. 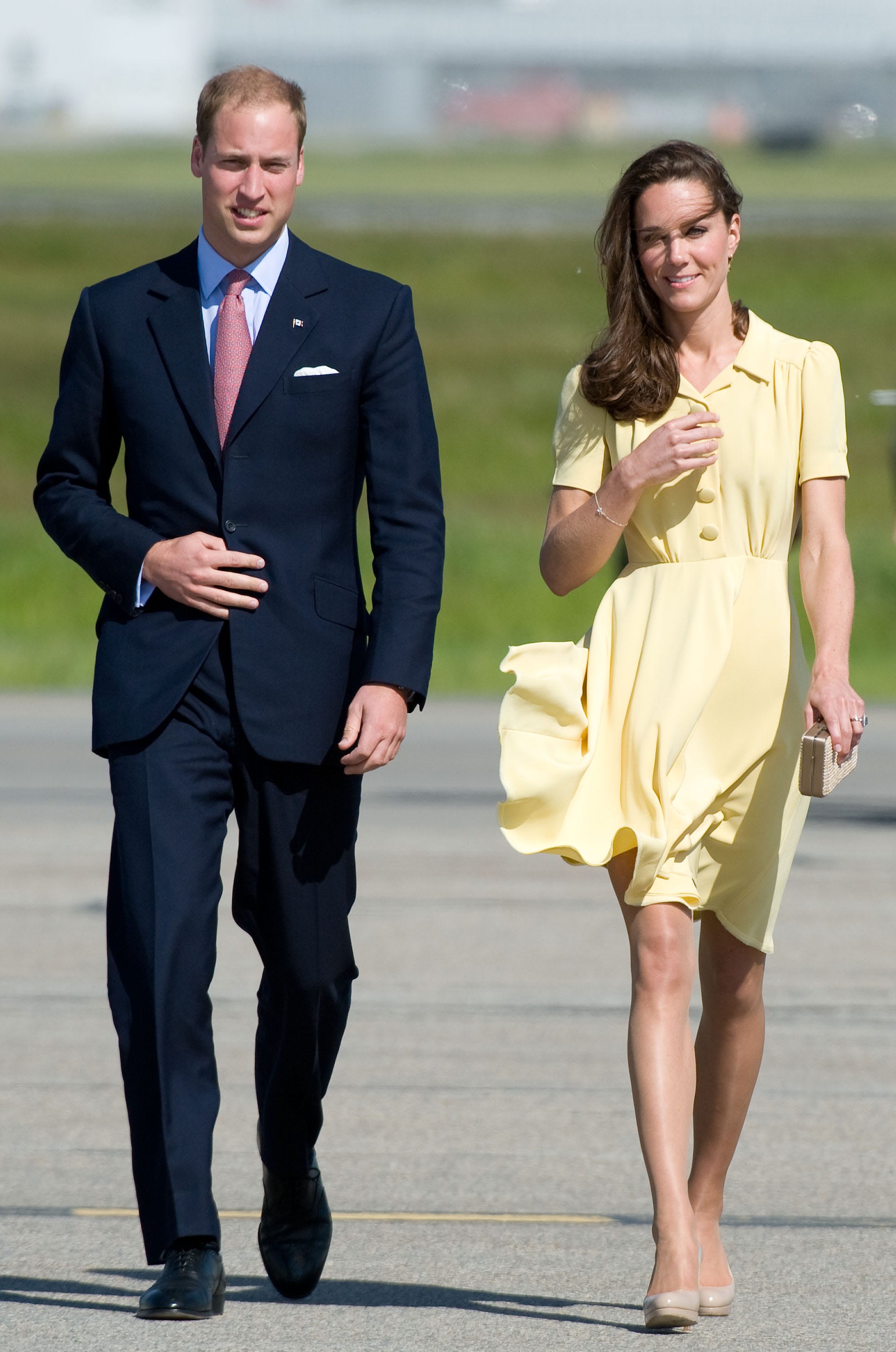 Samir Hussein/Getty ImagesKate Middleton and Prince William arrive on their royal tour of North America in 2011.

After this moment, one of the Queen’s tailors reportedly started sewing small weights into the hems of all royal garments to prevent them from blowing up in the wind.

Middleton wore a high-low Jenny Packham dress to the Wildlife Photographer of the Year Awards in 2014. 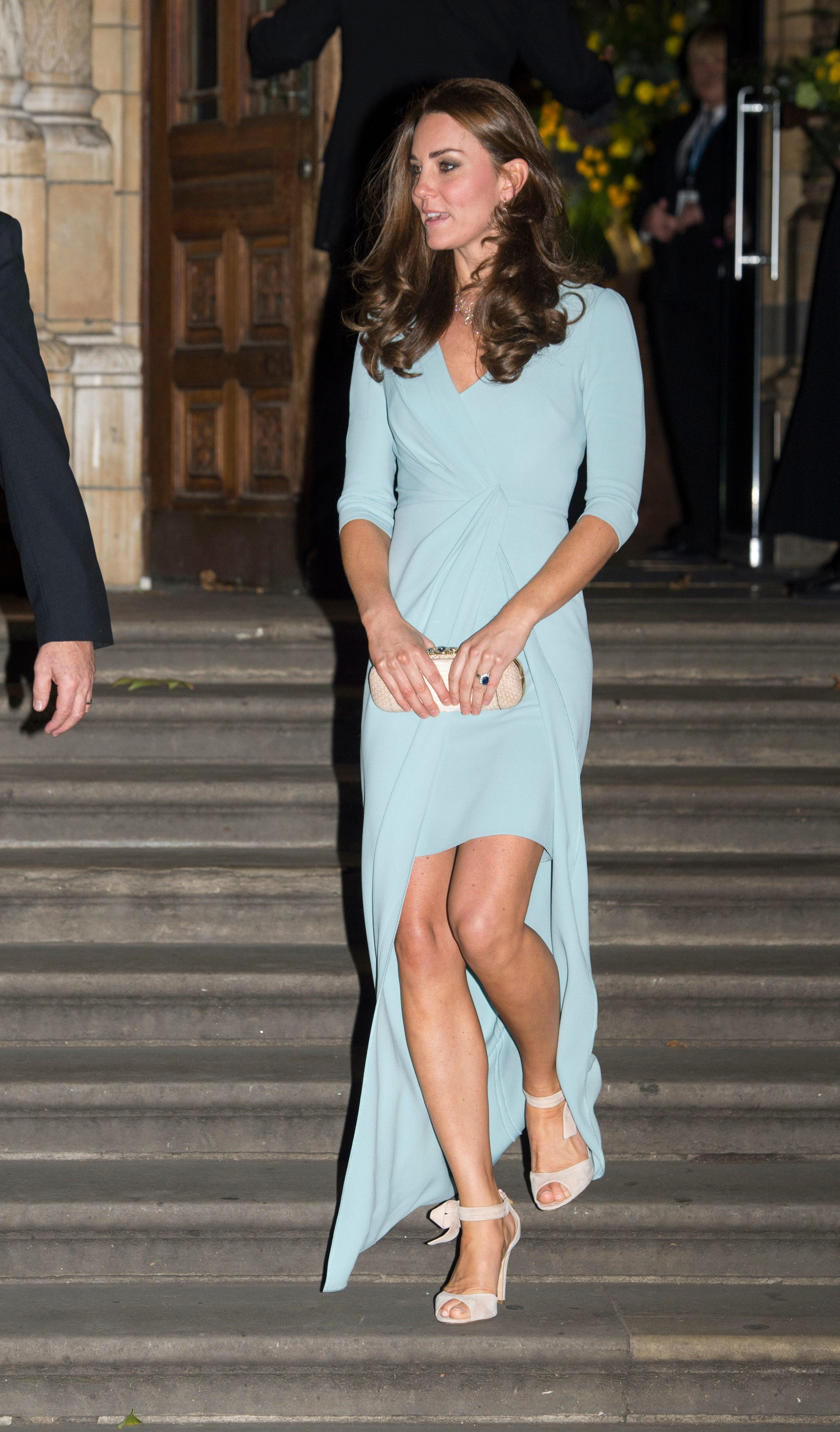 WPA PoolMiddleton attended the 2014 Wildlife Photographer of the Year Awards.

The Duchess of Cambridge wore a pair of neutral heels with her blue dress.

Princess Beatrice attended the 2016 Victoria & Albert Museum Fashion Benefit Dinner in an Alexander McQueen tuxedo dress that was designed with a plunging neckline. 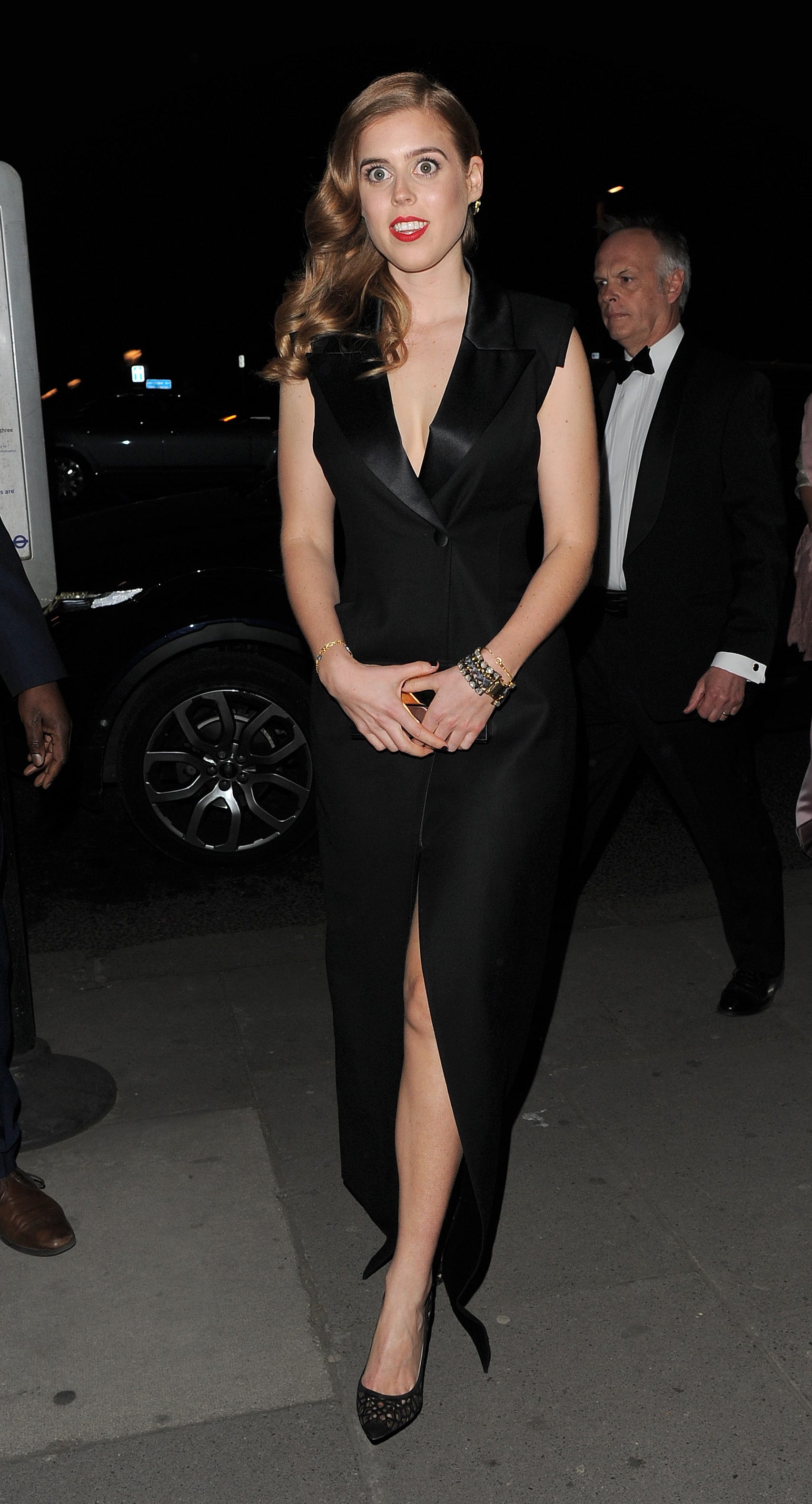 Middleton dazzled in a white Self Portrait gown that was designed with a thigh-high slit at the 2016 UK Premiere of “A Street Cat Named Bob.” 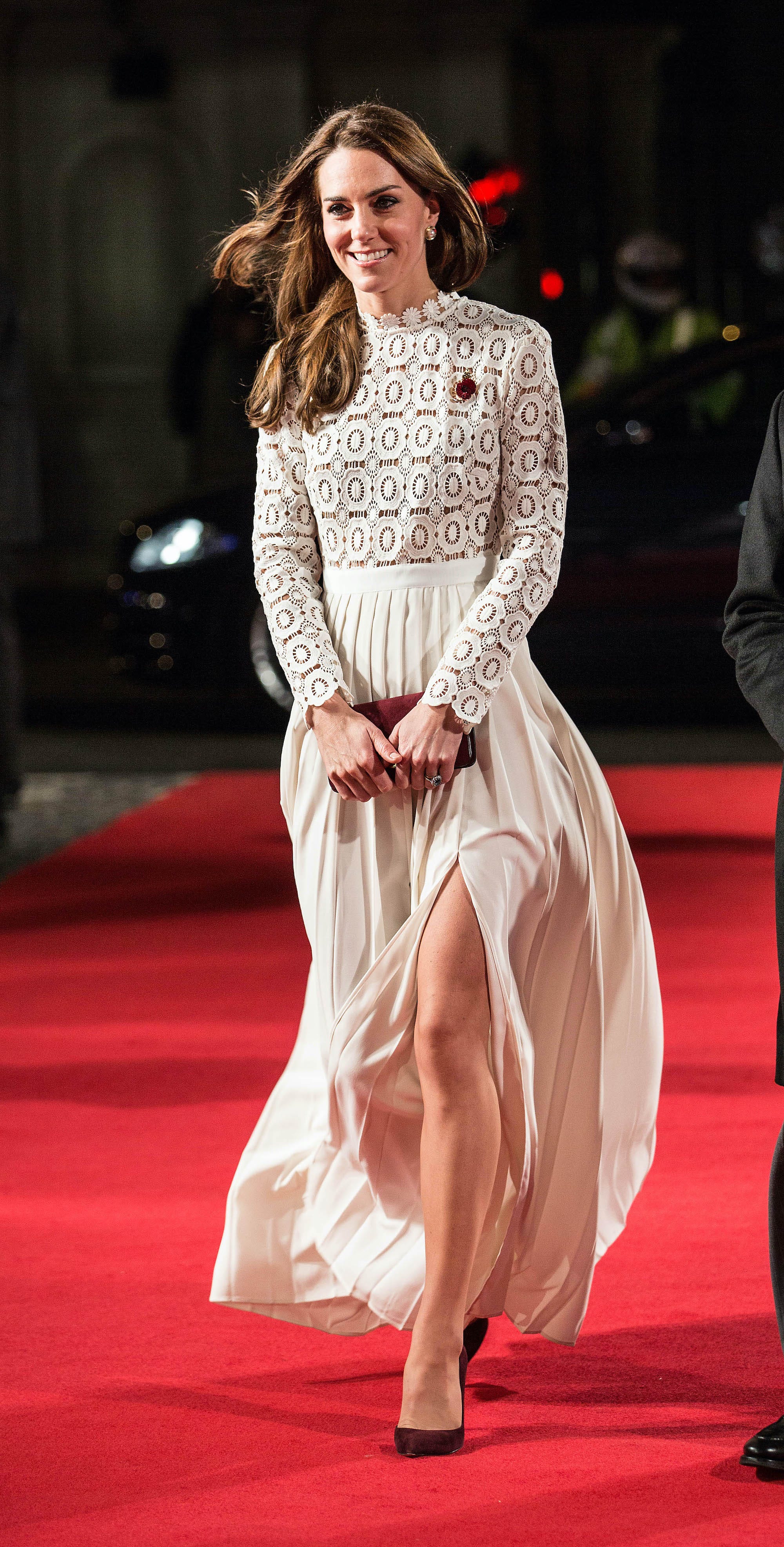 Middleton wore one of her most daring looks to the 2017 BAFTAs. 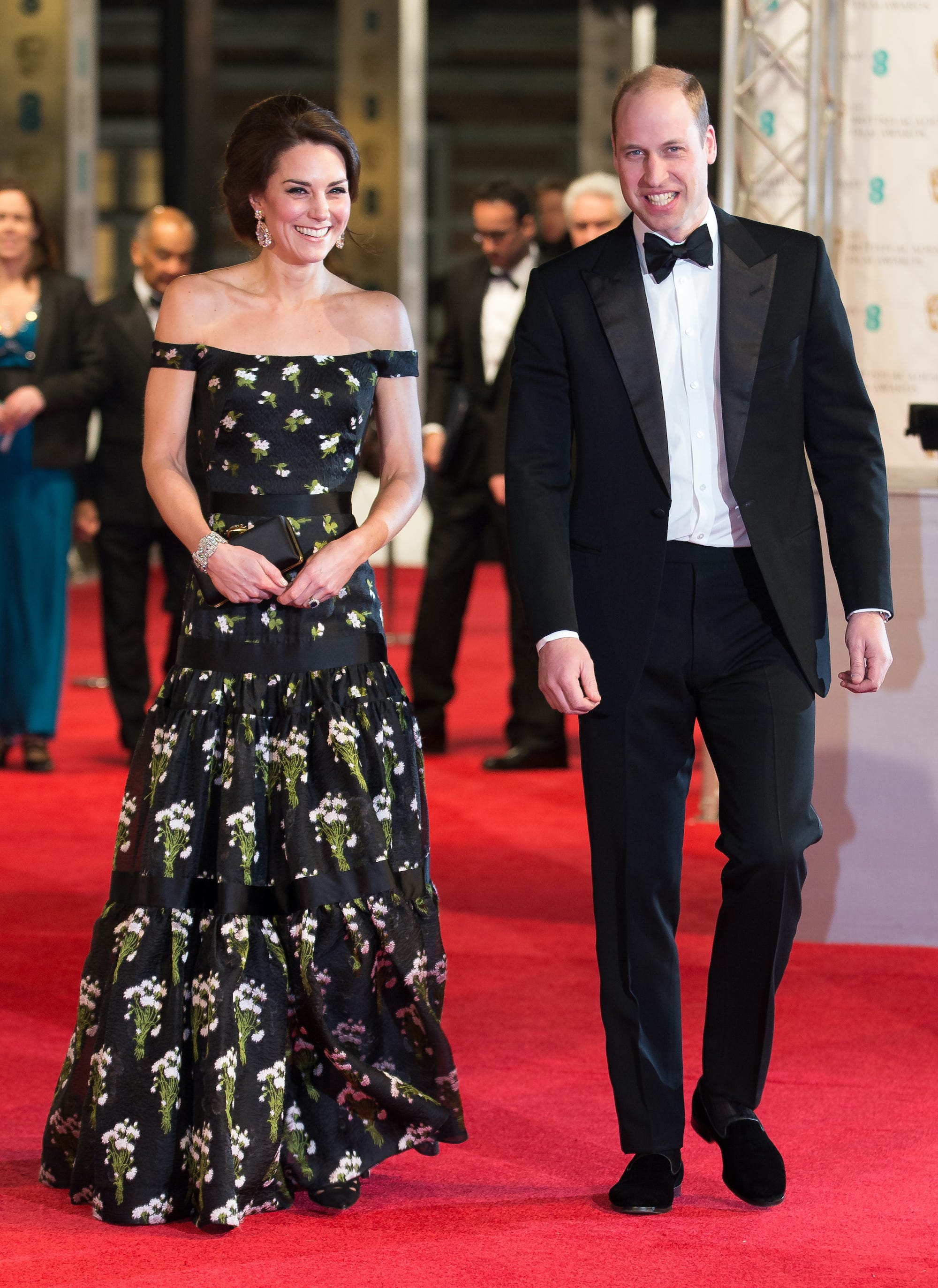 The duchess walked the red carpet in an off-the-shoulder gown from Alexander McQueen. She wore the dress again in 2019 but made it look brand-new by adding cap sleeves.

Princess Beatrice wore a semi-sheer Self Portrait dress to the Victoria & Albert summer party in 2017. 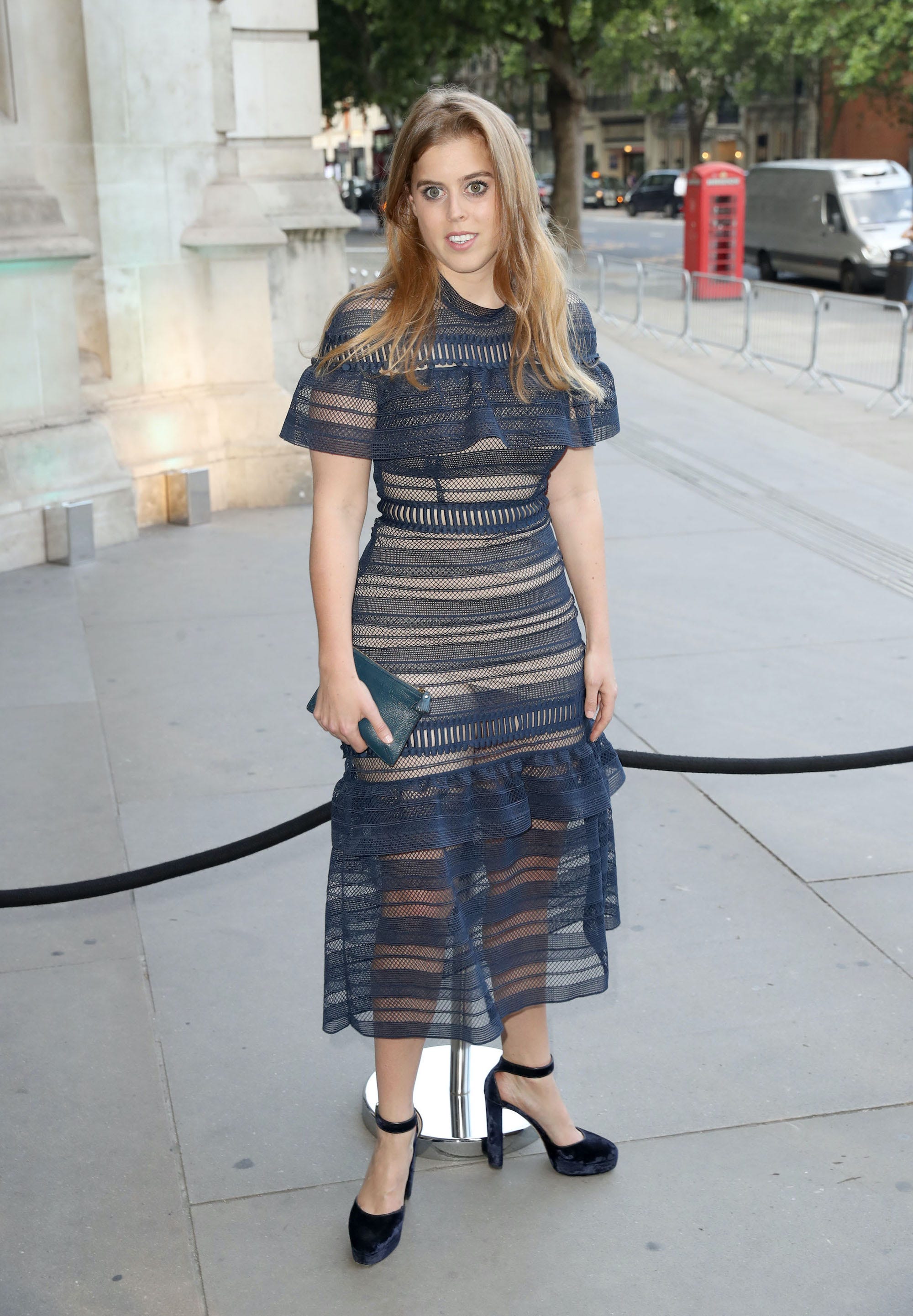 She wore a pair of platform heels with the dress.

In 2017, Middleton wore an off-the-shoulder Alexander McQueen maxi dress to celebrate the Queen’s birthday during an official visit to Germany. 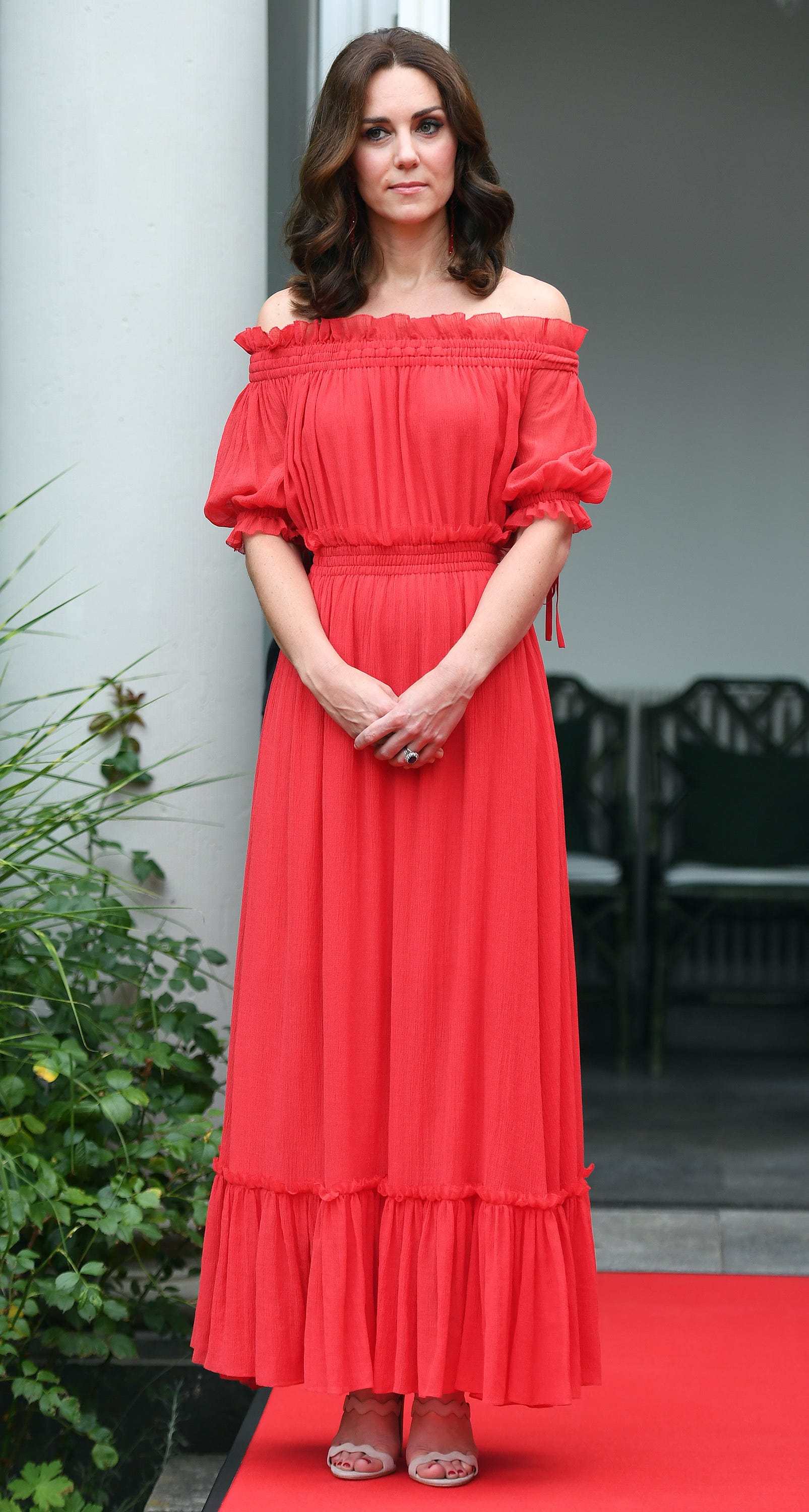 Samir Hussein/Getty ImagesMiddleton attended the Queen’s birthday party at the British Ambassadorial Residence during a royal visit to Germany.

She completed the look with a pair of neutral Prada heels.

Meghan Markle opted for a more modern look in her official engagement photos with Prince Harry. 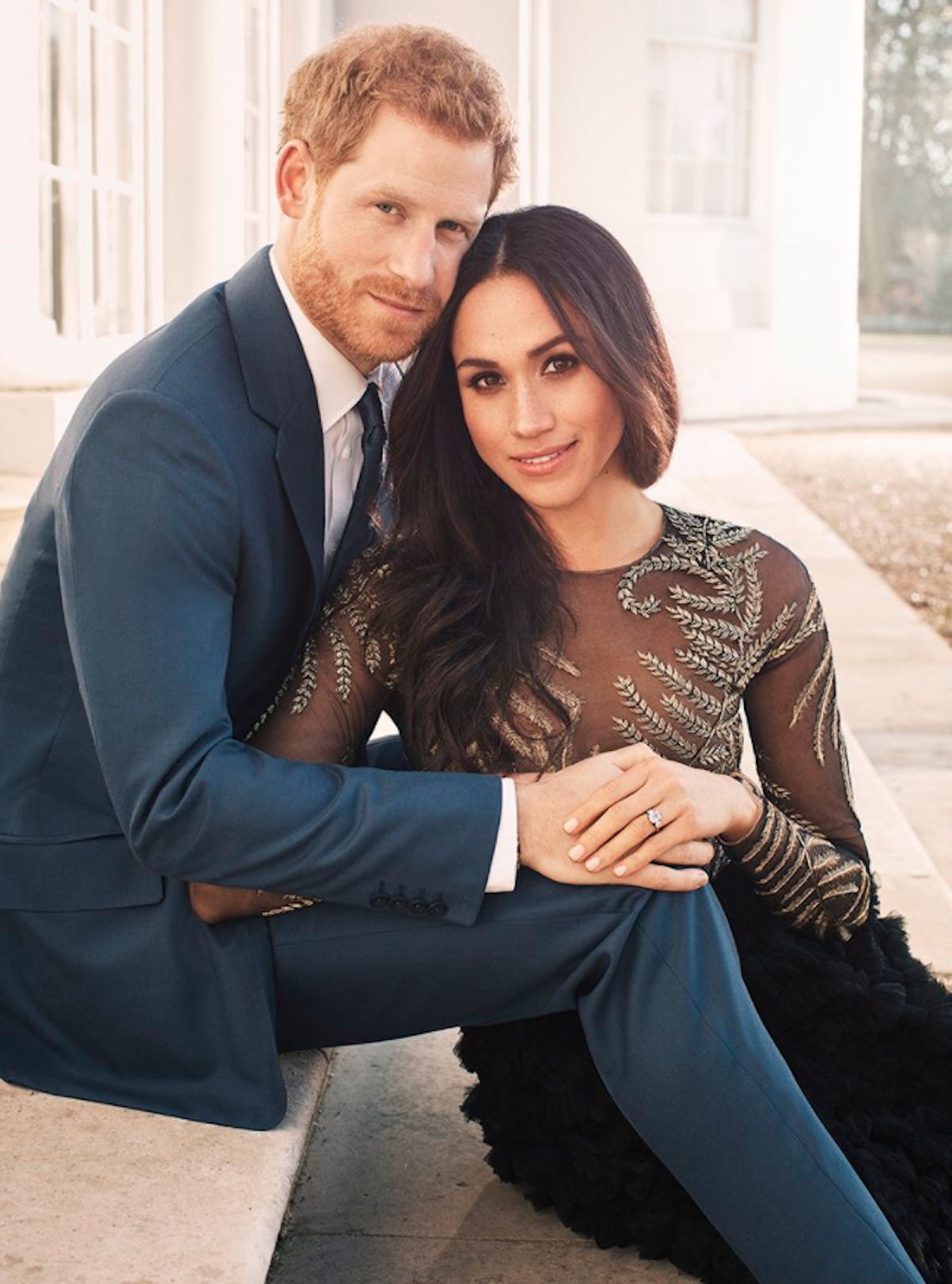 The Duchess of Sussex wore a $US75,000 Ralph & Russo dress that was designed with a sheer top and full skirt.

Middleton wore an emerald-green Jenny Packham gown to the 2018 BAFTAs. 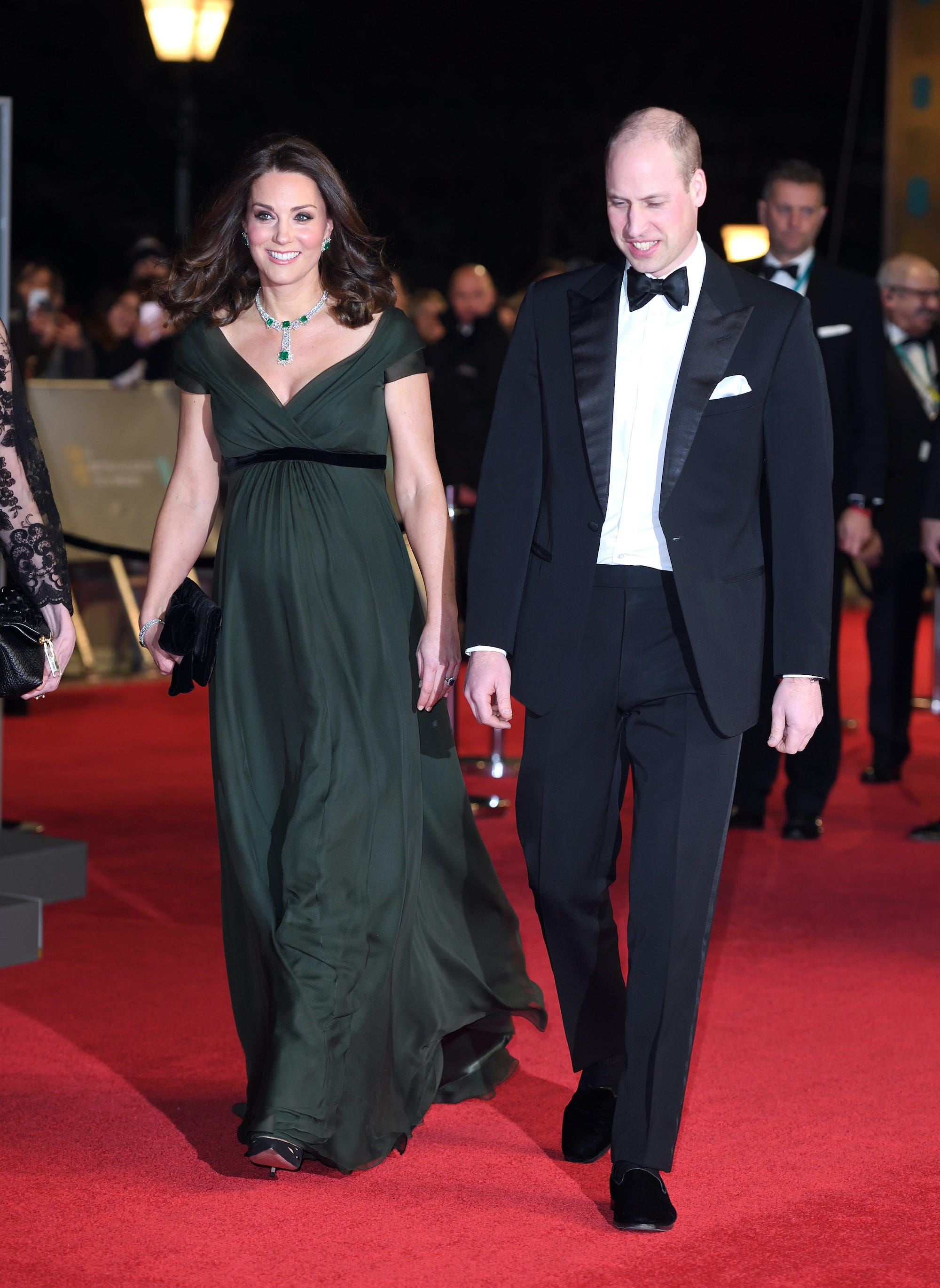 The gown was designed with a low-cut neckline.

Markle looked flawless in a baby-pink Carolina Herrera dress at Trooping the Colour in 2018. 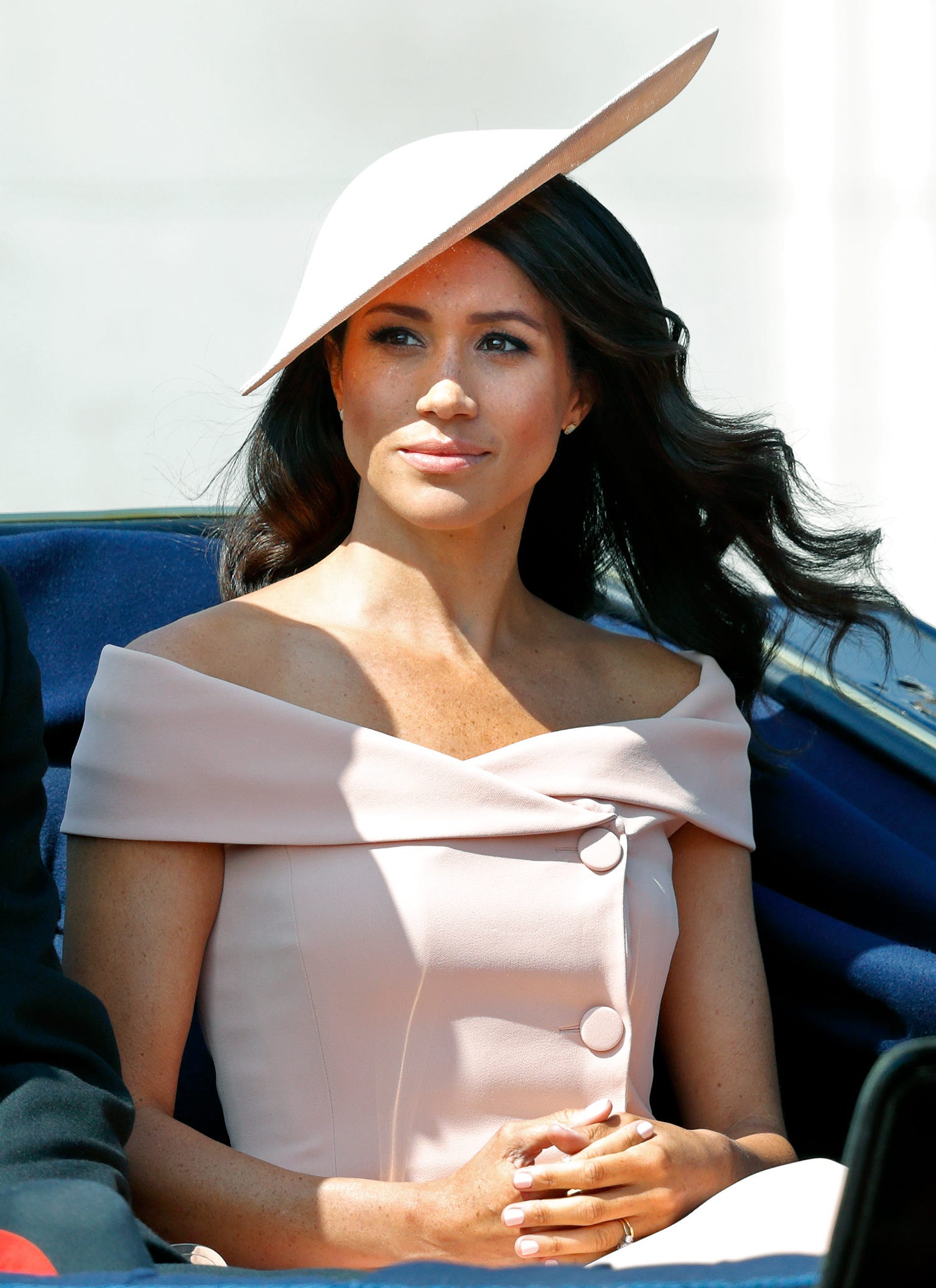 The duchess turned heads in her off-the-shoulder dress.

Markle embraced the “no pants” trend at a 2018 gala performance of “Hamilton.”

Dan Charity/Getty ImagesPrince Harry and Meghan Markle at the 2018 performance of ‘Hamilton.’

Markle wore a tuxedo minidress from the Canadian brand Judith and Charles with black pumps.

Markle looked casual in a Reformation dress during a visit to Australia in 2018. 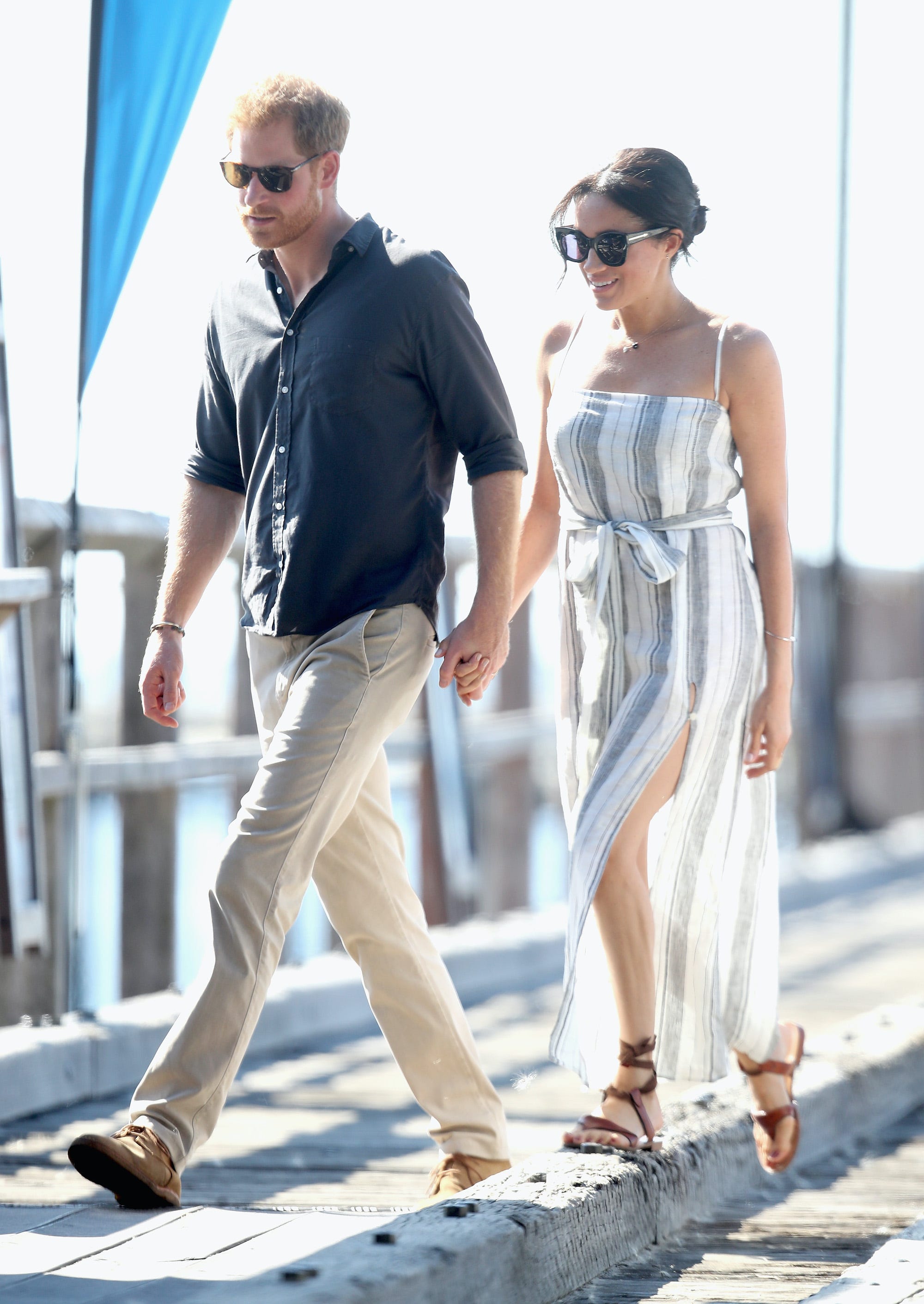 Chris Jackson/Getty ImagesMarkle and Prince Harry during a 2018 royal visit in Australia.

The dress had spaghetti straps and a thigh-high slit.

During a visit to New Zealand in 2018, Markle wore a pleated Givenchy skirt that appeared to be see-through in some photos. 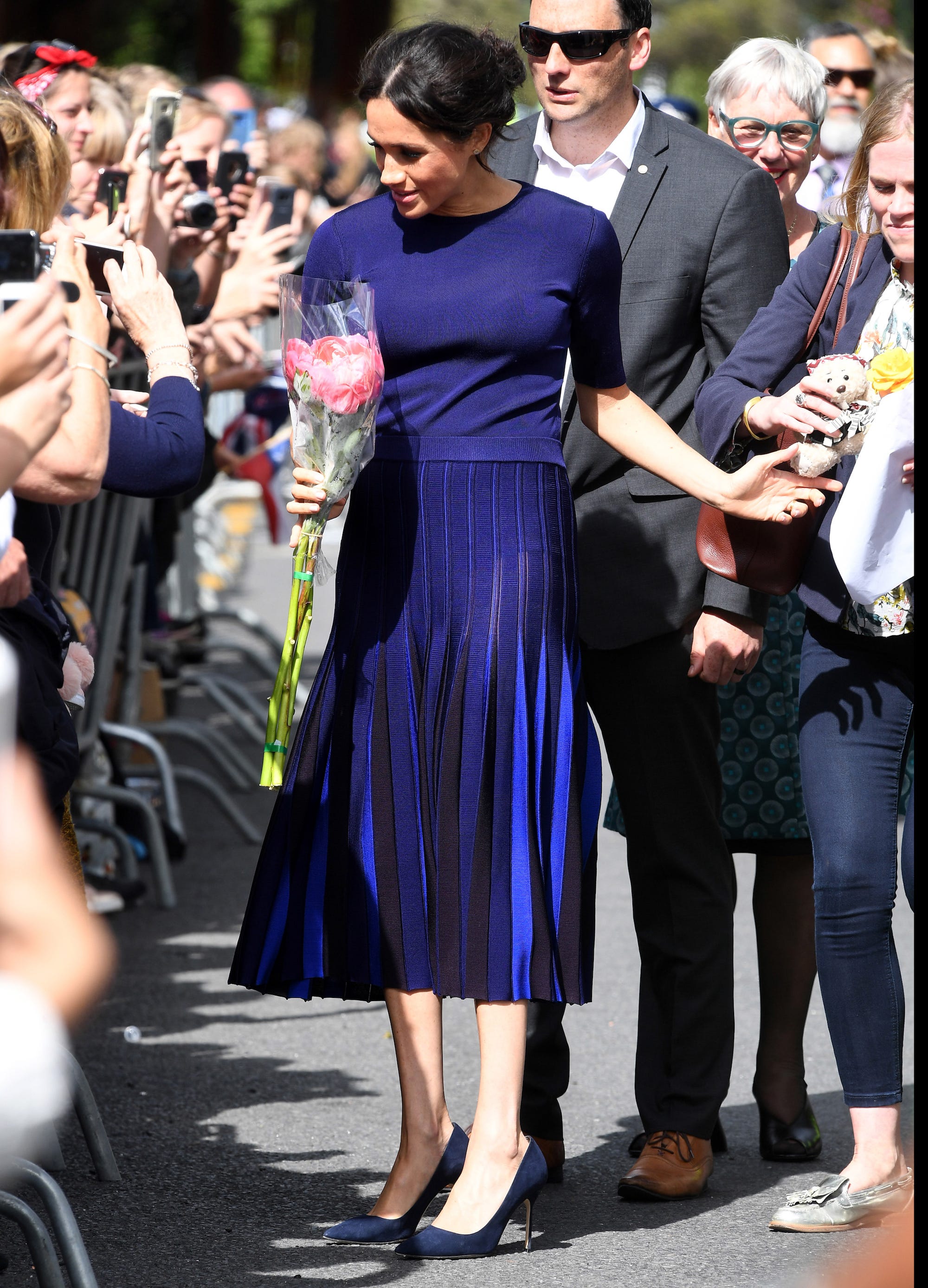 Samir Hussein/Getty ImagesMarkle during a 2018 walkabout in New Zealand.

As Insider previously reported, though, it’s possible that the skirt’s material and pleated design just created the illusion that Markle’s legs were visible underneath.

In 2018, Queen Letizia wore a dress with lace detailing to a concert celebrating the 40th anniversary of the Spanish Constitution. 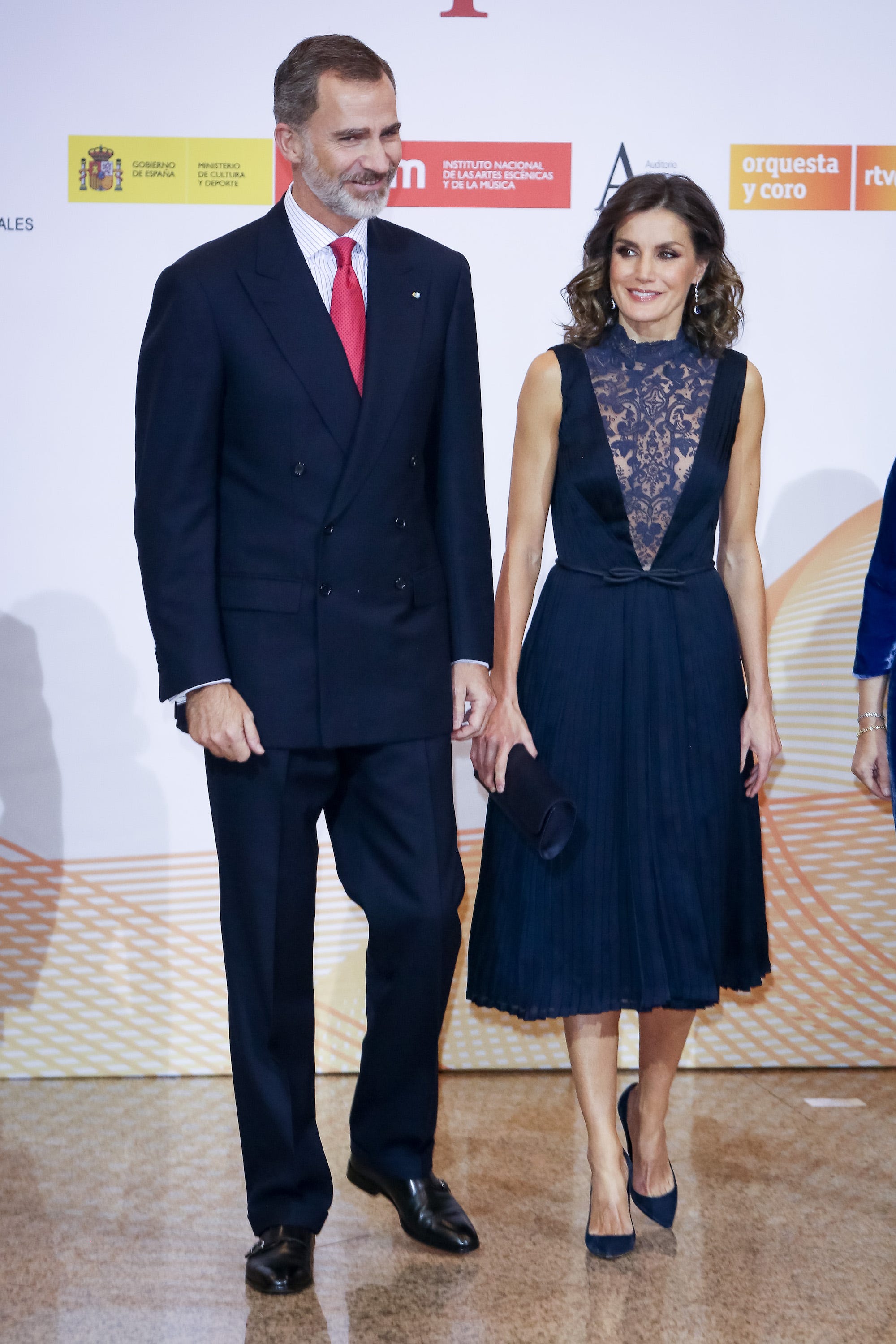 Pablo Cuadra/Getty ImagesQueen Letizia and King Felipe VI attend a 2018 concert to to commemorate the 40th anniversary of the Spanish Constitution.

The dress was designed with a plunging neckline and a neutral lining underneath.

Middleton wore a $US13 Zara dress that was designed with a thigh-high slit during a Zoom call in 2020. 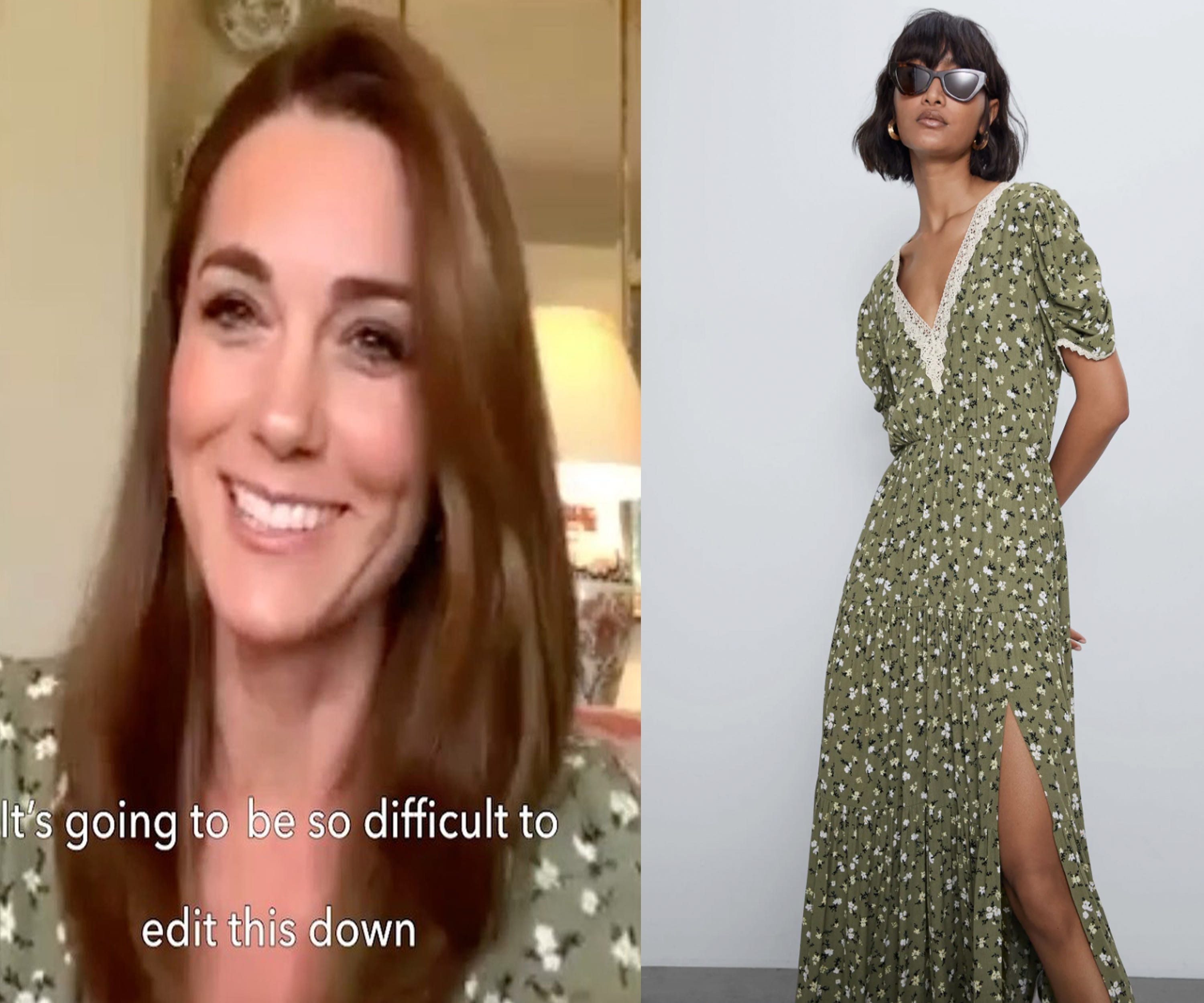 The duchess announced the launch of a digital photography exhibition at London’s National Portrait Gallery.