Royals’ outfits are often newsworthy in and of themselves â€” anything Meghan Markle wears sells out instantly in a phenomenon known as the “Markle Effect.” Princess Diana was also known for sending messages through her clothing with iconic outfits such as the “revenge dress.”

So it makes sense that they would harness the power of the world’s attention on their clothes and let people draw their own conclusions.

Here are seven times royals seem to have made subtle statements with their clothes.

People speculated that Queen Elizabeth shaded President Donald Trump with her tiara that guards against “evil” on his most recent visit to the UK. 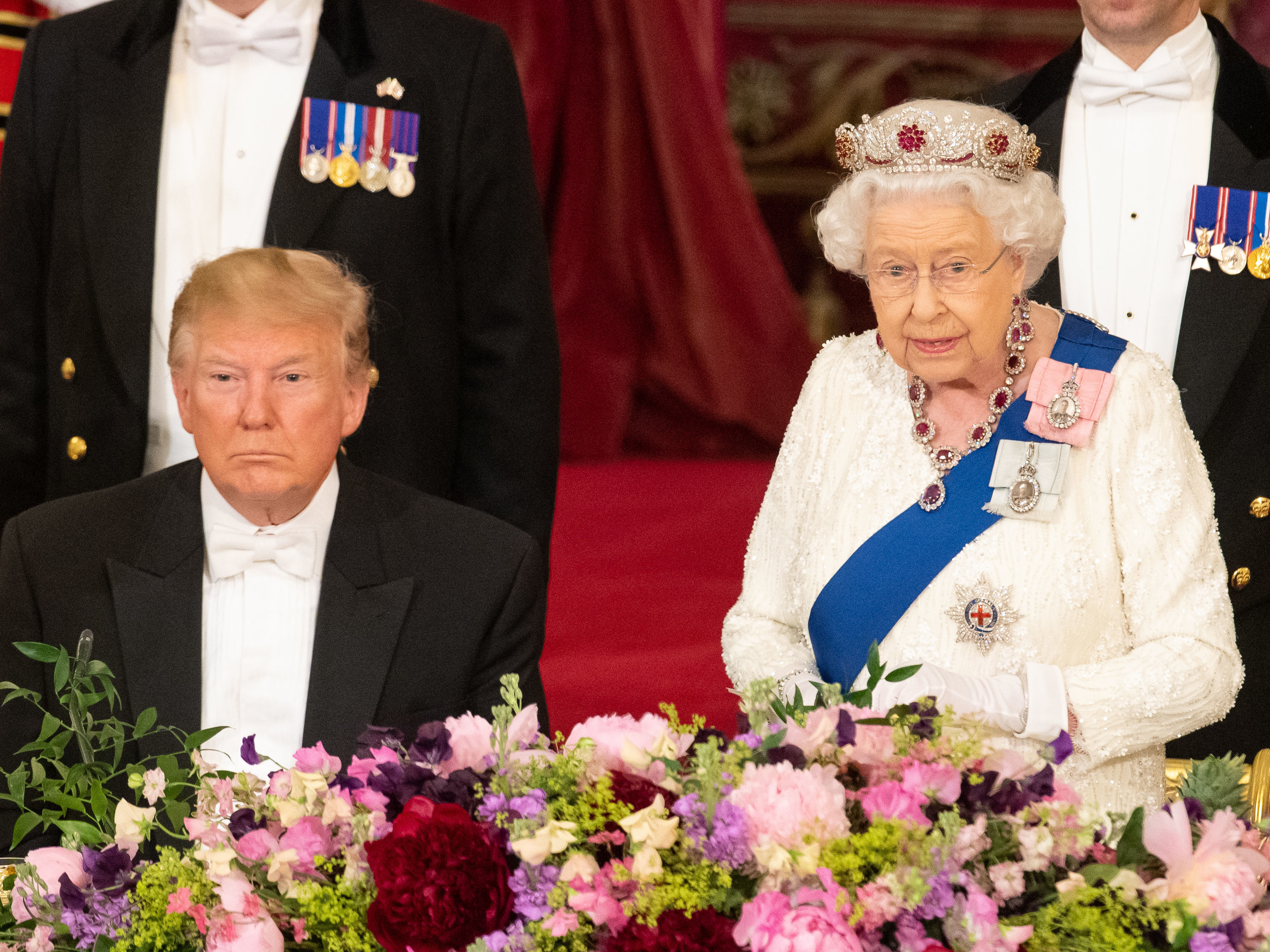 DOMINIC LIPINSKI/AFP/Getty ImagesQueen Elizabeth with Donald Trump during a State Banquet at Buckingham Palace in 2019.

Queen Elizabeth wore her Burmese Ruby Tiara to a state dinner at Buckingham Palace with Donald Trump. The tiara contains 96 rubies that were given to the Queen as a gift from the people of Burma (also known as Myanmar).

According to the Royal Exhibitions website, the Burmese people believe that the rubies in the tiara guard against “illness” and “evil,” and Twitter users were quick to note the possible message she was sending with her tiara choice to dine with Trump.

“The Queen wore her Burmese Ruby Tiara to protect herself from evil during Trump’s visit and I AM CACKLING,” one user wrote.

“Queen Elizabeth is a hero,” another user tweeted. “I adore her for her trolling Trump skills through the medium of jewellery.”

The first time Trump visited in 2018, people noticed the Queen’s choice of brooches may have been sending him a message. On the first day of President Donald Trump and First Lady Melania Trump’s visit to the UK in 2018, Queen Elizabeth wore a brooch given to her by Barack and Michelle Obama.

When she actually met with Trump, she wore a brooch that her mother wore to her father’s funeral, which some people thought could be a subtle sign of the Queen’s opinion of the president.

The Queen could have been making a subtle statement about opposing Brexit with her hat reminiscent of the European Union flag.

The Huffington Post reported that people drew connections between the Queen’s blue and yellow hat and the flag of the European Union when she opened Parliament in 2017 and thought she could be sending a message about opposing Brexit.

Meghan Markle wore a necklace purported to bring good fortune and protect from “negative vibes” on a call with a woman preparing for a job interview through Smart Works. 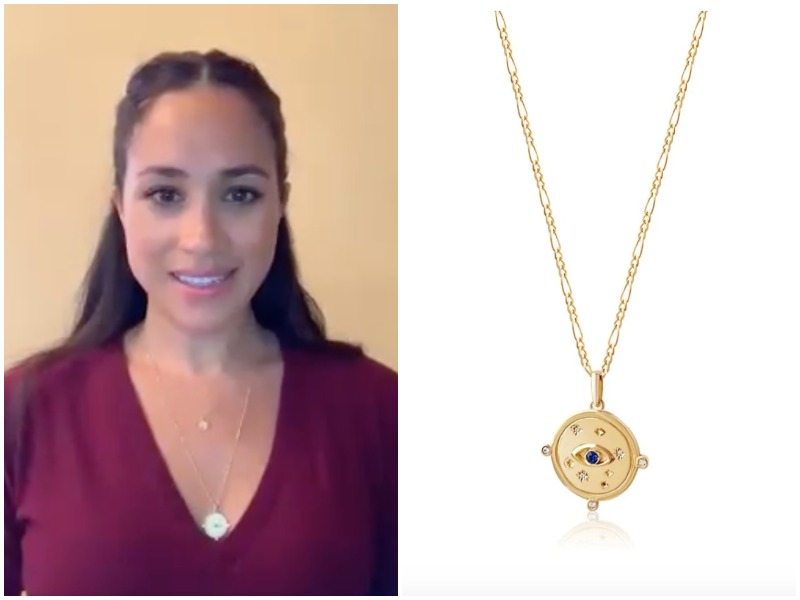 Smart Works, one of Markle’s patronages before she stepped back from royal life, provides professional clothing to unemployed women to help them succeed in job interviews. On March 27, Markle spoke with a woman working with the organisation to offer words of encouragement before her interview.

“You seem incredibly confident and prepared,” she said.

Smart Works shared a clip of the conversation on their Twitter page. In the video, Markle can be seen wearing a $US175 “Visionary Charm Necklace” from Edge of Ember that guarantees the wearer, “It’s got your back.”

She wore a white dress to an International Women’s Day panel that could have been intentionally chosen as “Suffragette white.” 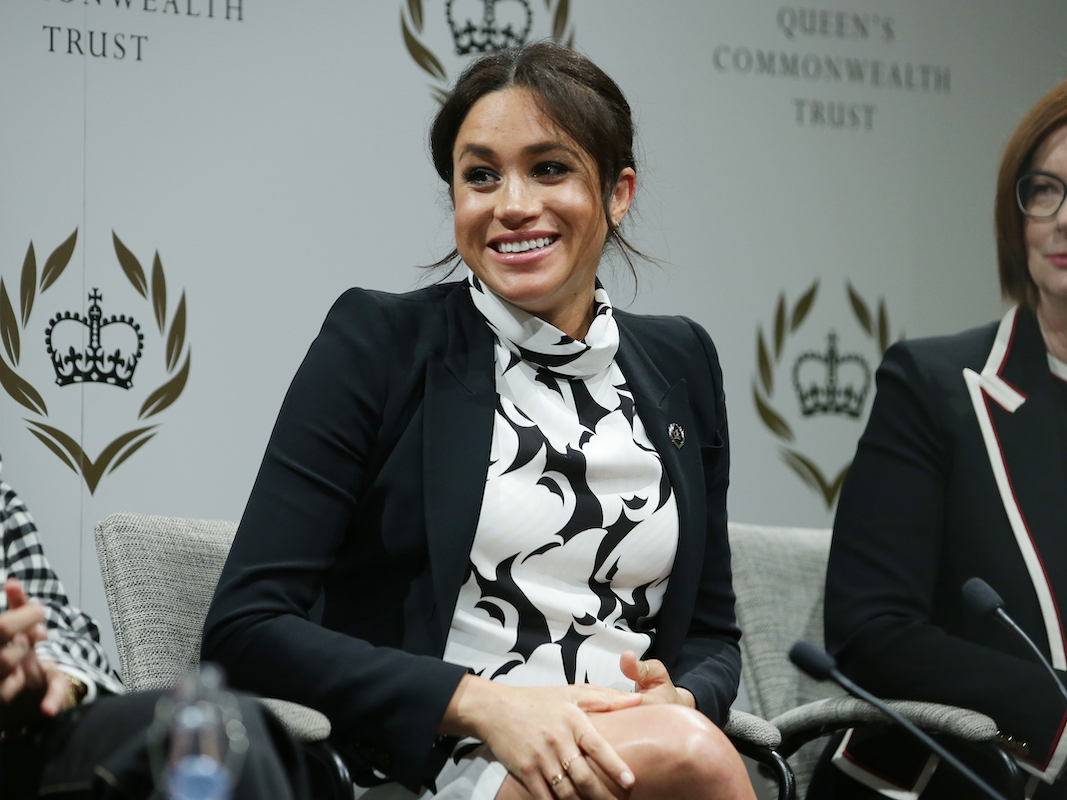 Meghan Markle spoke on an International Women’s Day panel with Adwoa Aboah, Annie Lennox, and other feminist activists in 2019. She wore a white printed dress for the occasion which Elle speculated was a deliberate choice to don “Suffragette white,” a symbol dating back to British women’s rights activist Emmeline Pankhurst in 1908.

Kate Middleton didn’t wear black in support of Time’s Up at the 2018 BAFTAs, but some people thought her dress’ black sash was a subtle nod to the movement. 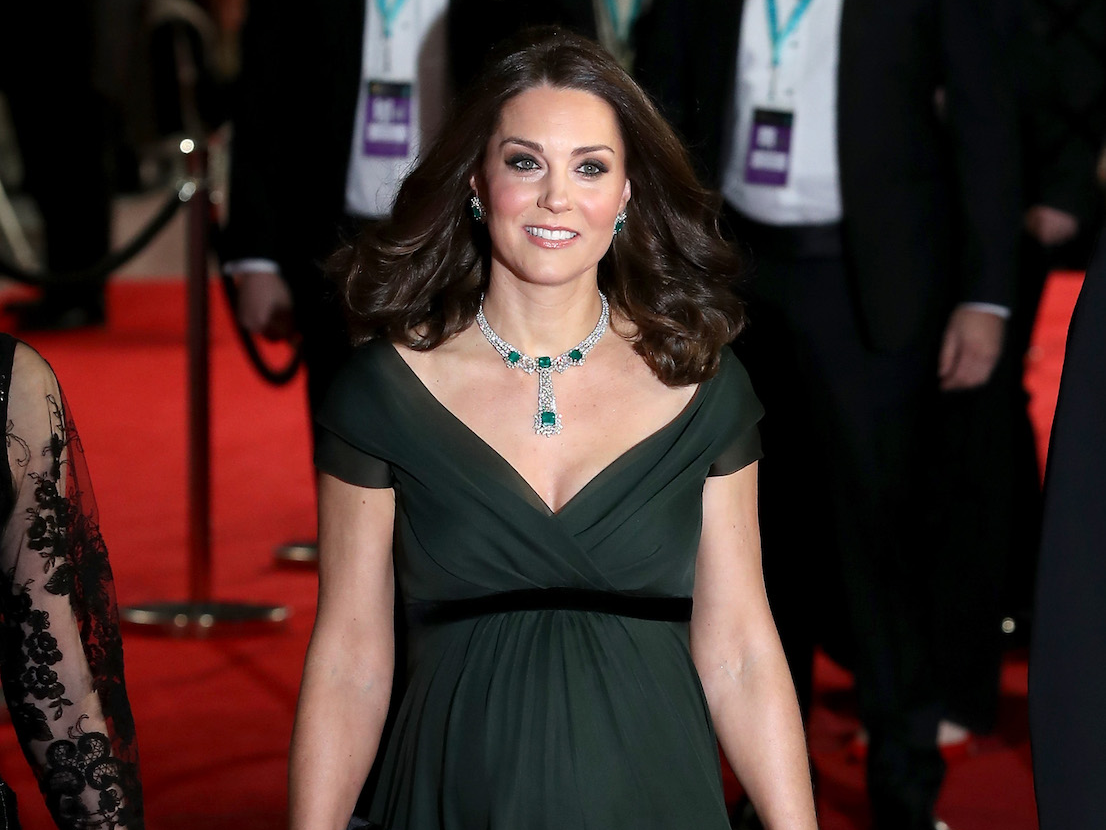 At the 2018 BAFTA Awards, celebrities wore black in support of the Time’s Up movement, but Kate Middleton opted for a dark green dress, likely because members of the royal family are supposed to remain politically neutral. Some thought that the black sash was her subtle way of showing solidarity with the anti-sexism and anti-harassment movement.

Princess Beatrice carried a bag decorated with the slogan “Be Cool Be Nice” from an anti-bullying campaign she contributed to. 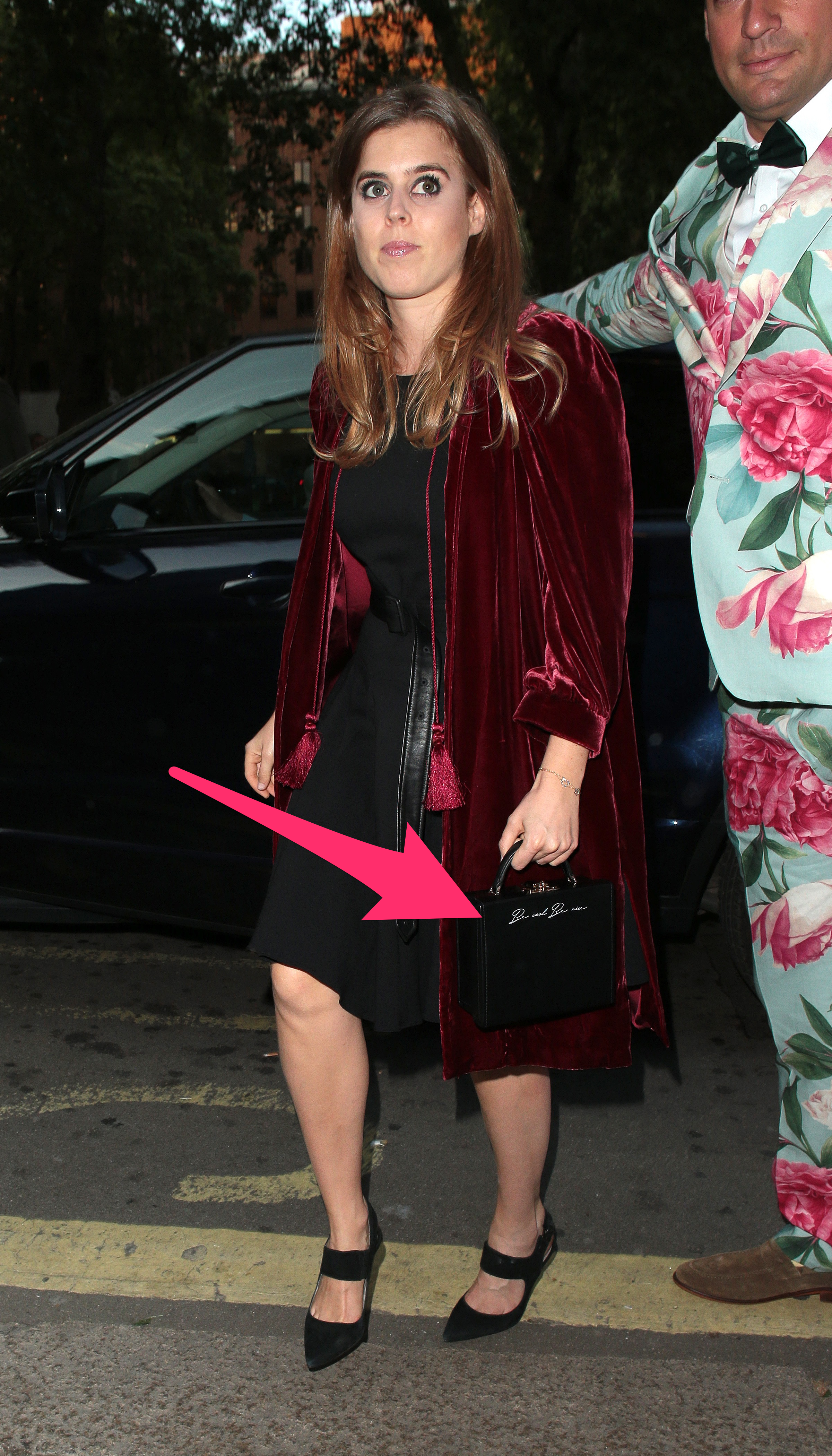 Good Housekeeping spotted Princess Beatrice’s custom box bag at the 2018 Chelsea Flower Show embellished with the words “Be Cool Be Nice,” the slogan of an anti-cyberbullying campaign with a book that Beatrice contributed to.