Take a look inside the Round House, a futuristic home that can rotate 360 degrees

Even though it was built more than 50 years ago, the Round House is a house of the future – it looks like something straight out of “The Jetsons.” Located in Wilton, Connecticut, the dwelling is unlike most houses for a simple reason: It can rotate 360 degrees on its axis, giving its residents an ever-changing view.

Once it came under new ownership, the home was remodeled and the surrounding landscape renovated, making it perfect for the 21st century. 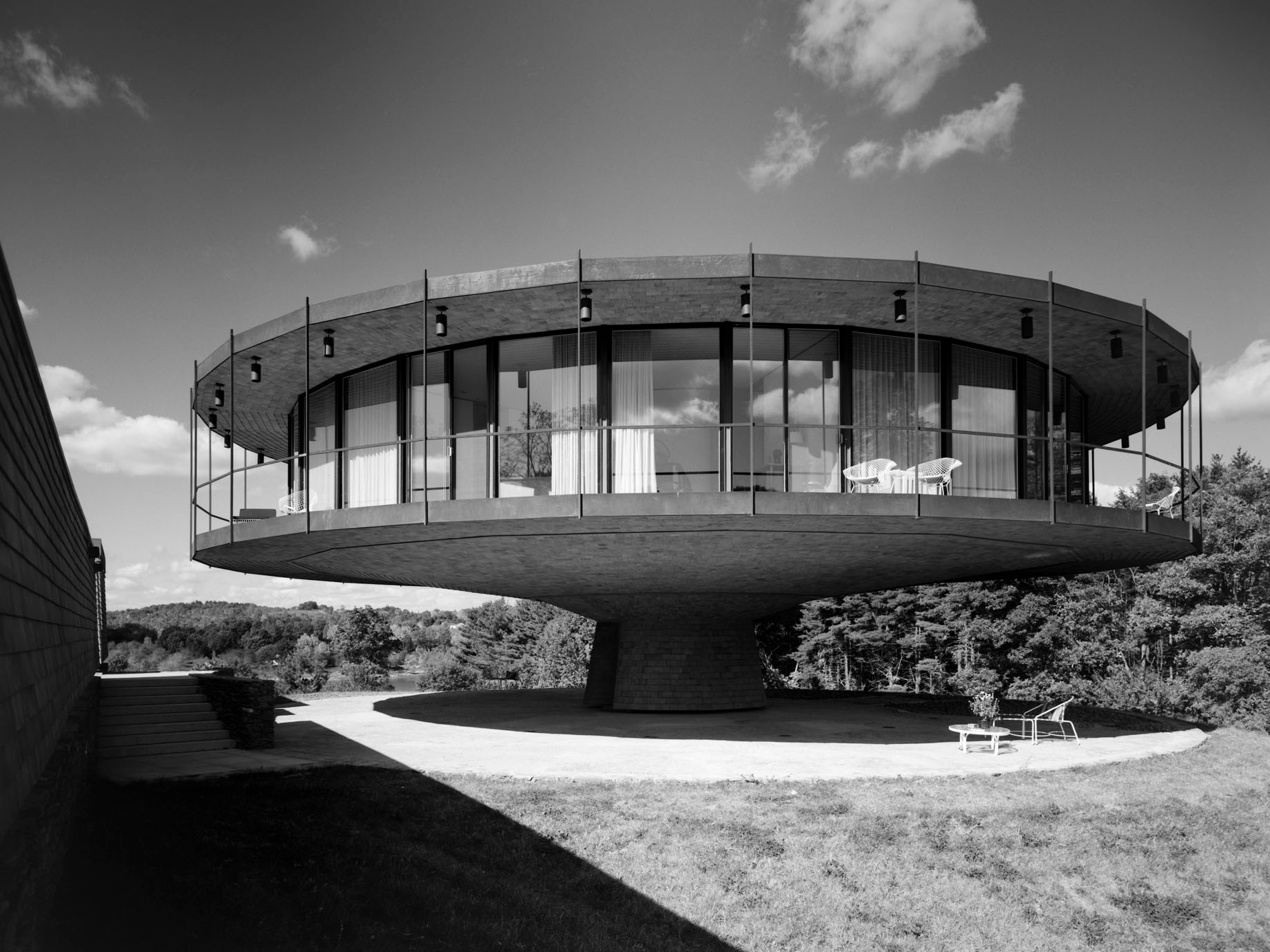 Richard Foster, the creator of the house, was driving through Connecticut in 1966 when he came across a dip in the landscape. He realised it would be a perfect spot for a house and soon began work on his “Circambulant House.”

It takes around 45 minutes for the house to complete a full rotation. 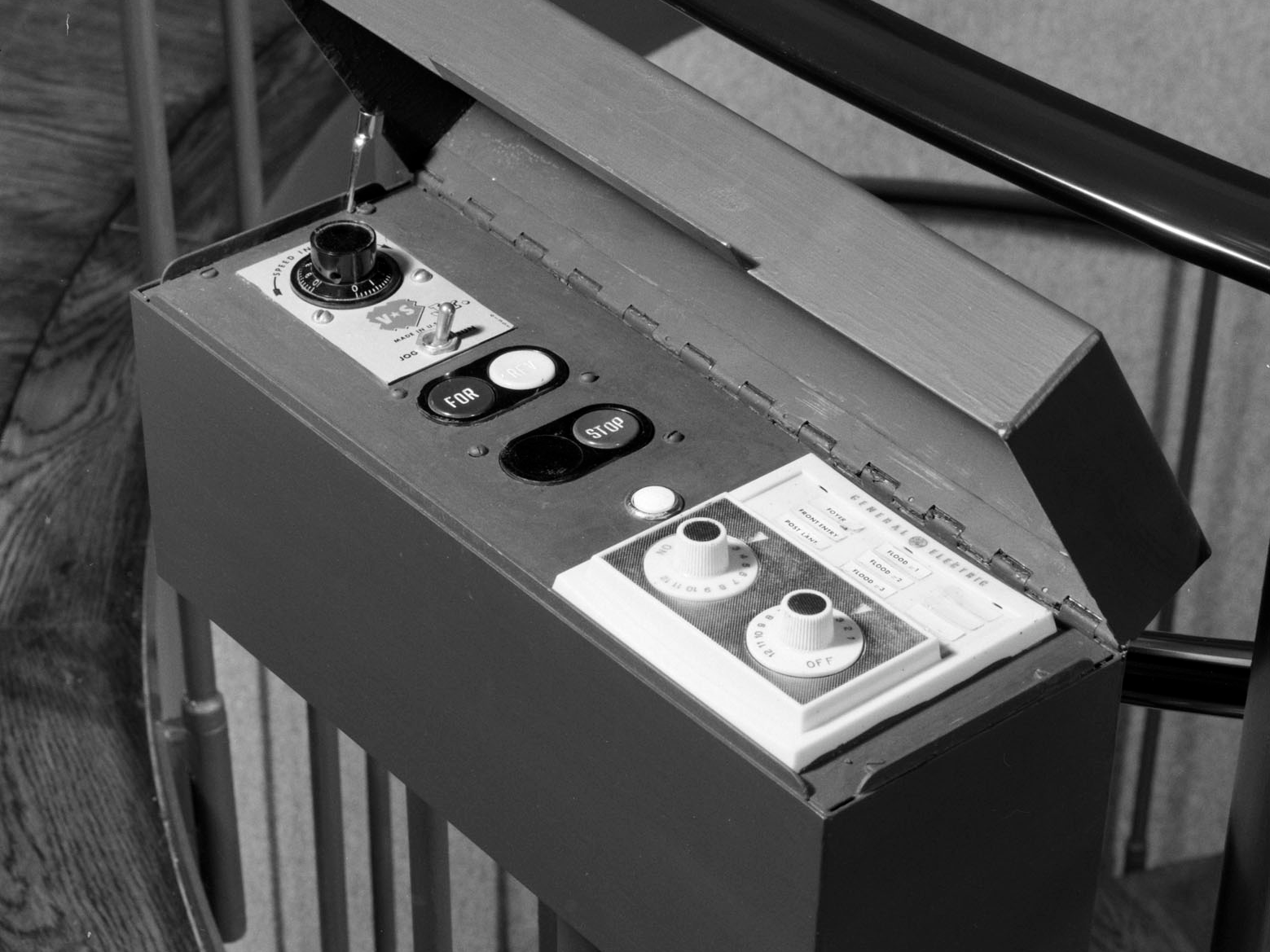 Since it was installed, the house’s rotation mechanism has required little to no maintenance.

According to the current owners, the spin feels like “a kind of nautical feel, as if floating, not on water but in space.”

It took Foster two years and five different designs to perfect his idea of a spinning house. 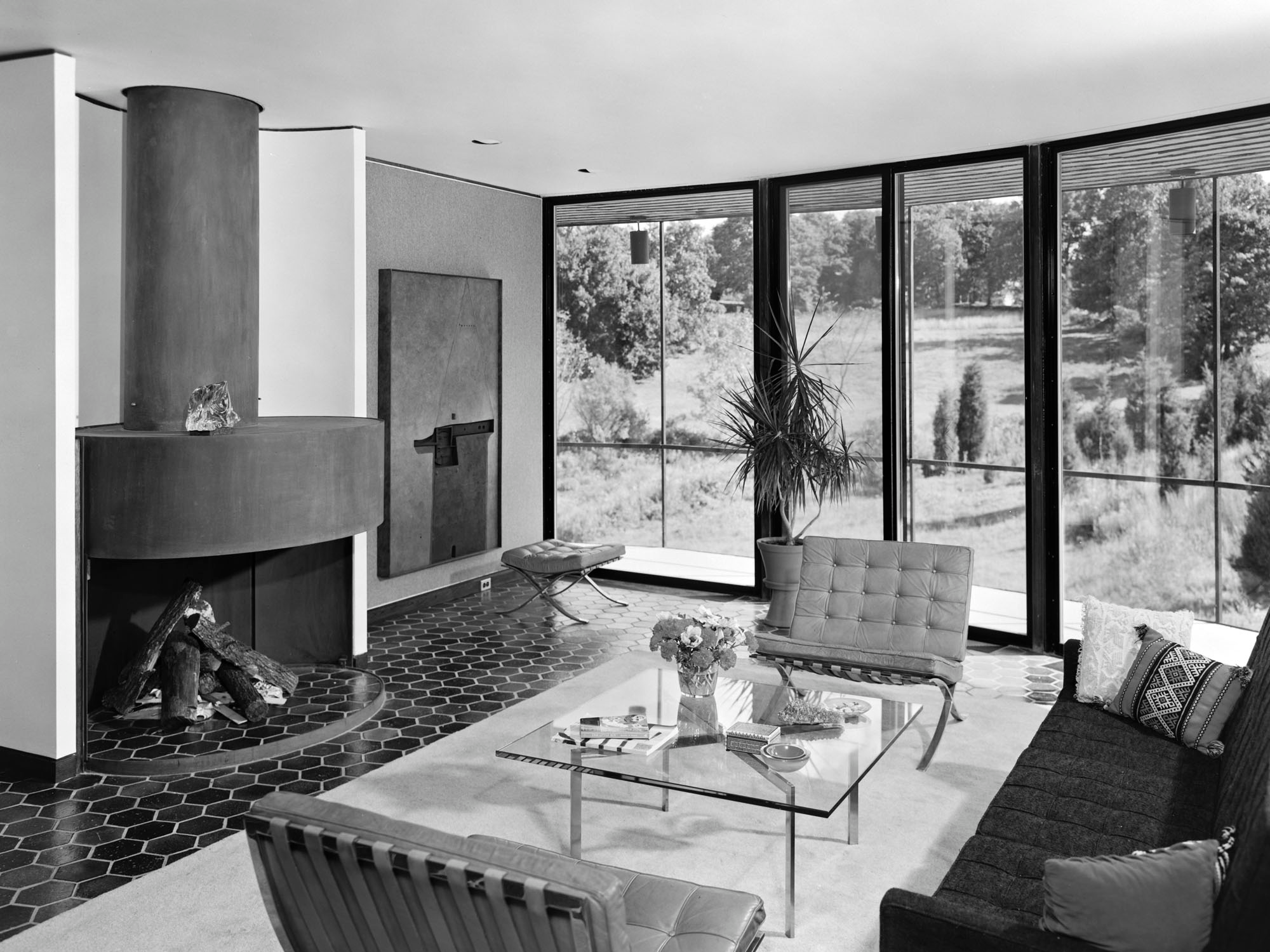 Ezra Stoller ArchiveThe living room of the Round House in the 1960s.

Foster worked with various contractors, combining German engineering with local Connecticut steel and stone from the Dolomite mountains in Italy.

He wanted to create a house that allowed for unfettered views of the landscape from any room.

When Foster died in 2002, the house passed into new ownership. Judd Tully, an art critic and journalist, and his wife bought the property. 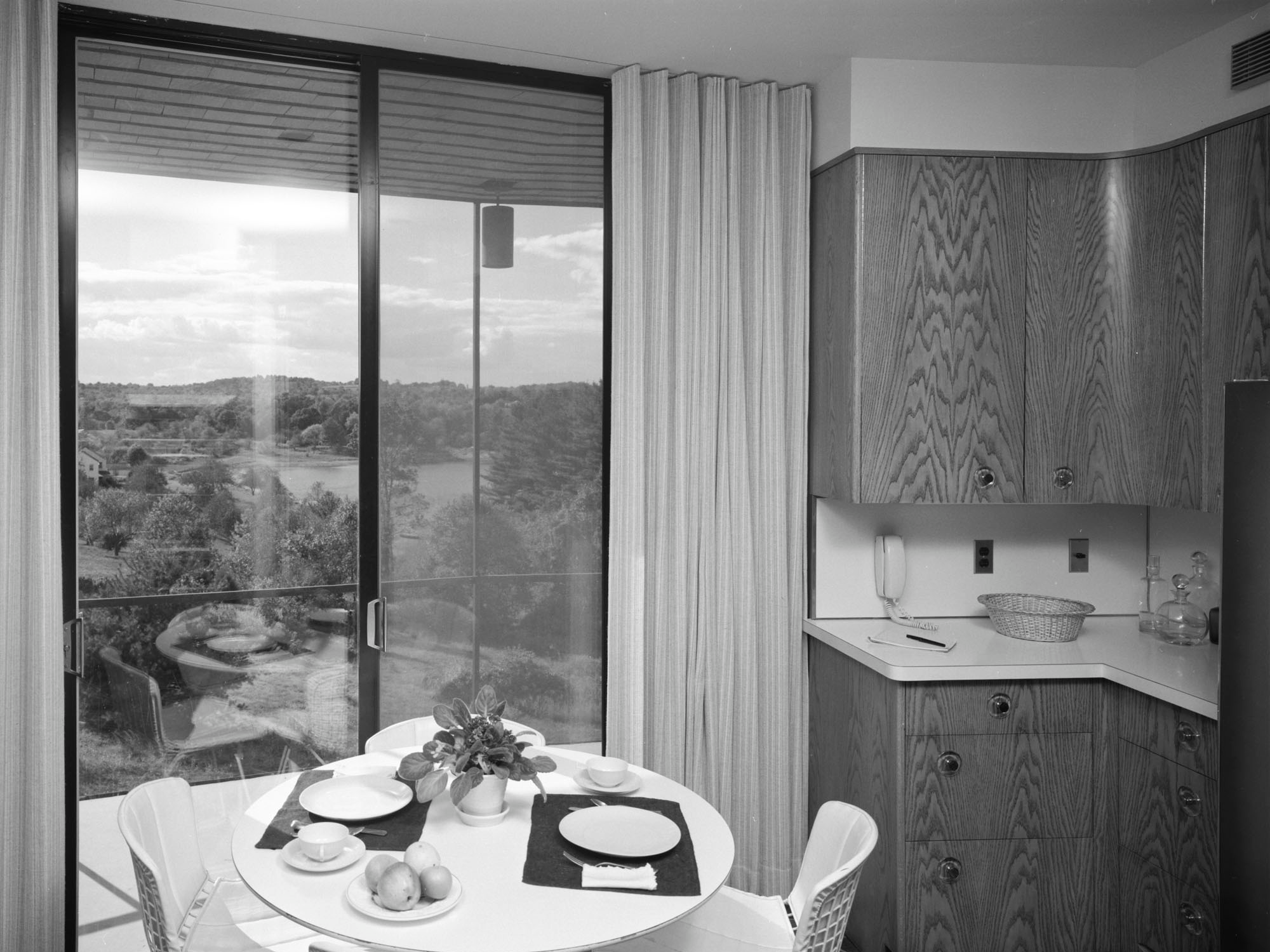 Foster lived in the house for 35 years before his death.

“The purchase was more or less whimsical — we knew nothing about Connecticut or the town, but we were drawn to the stellar beauty of the house and the setting,” Tully told Insider. 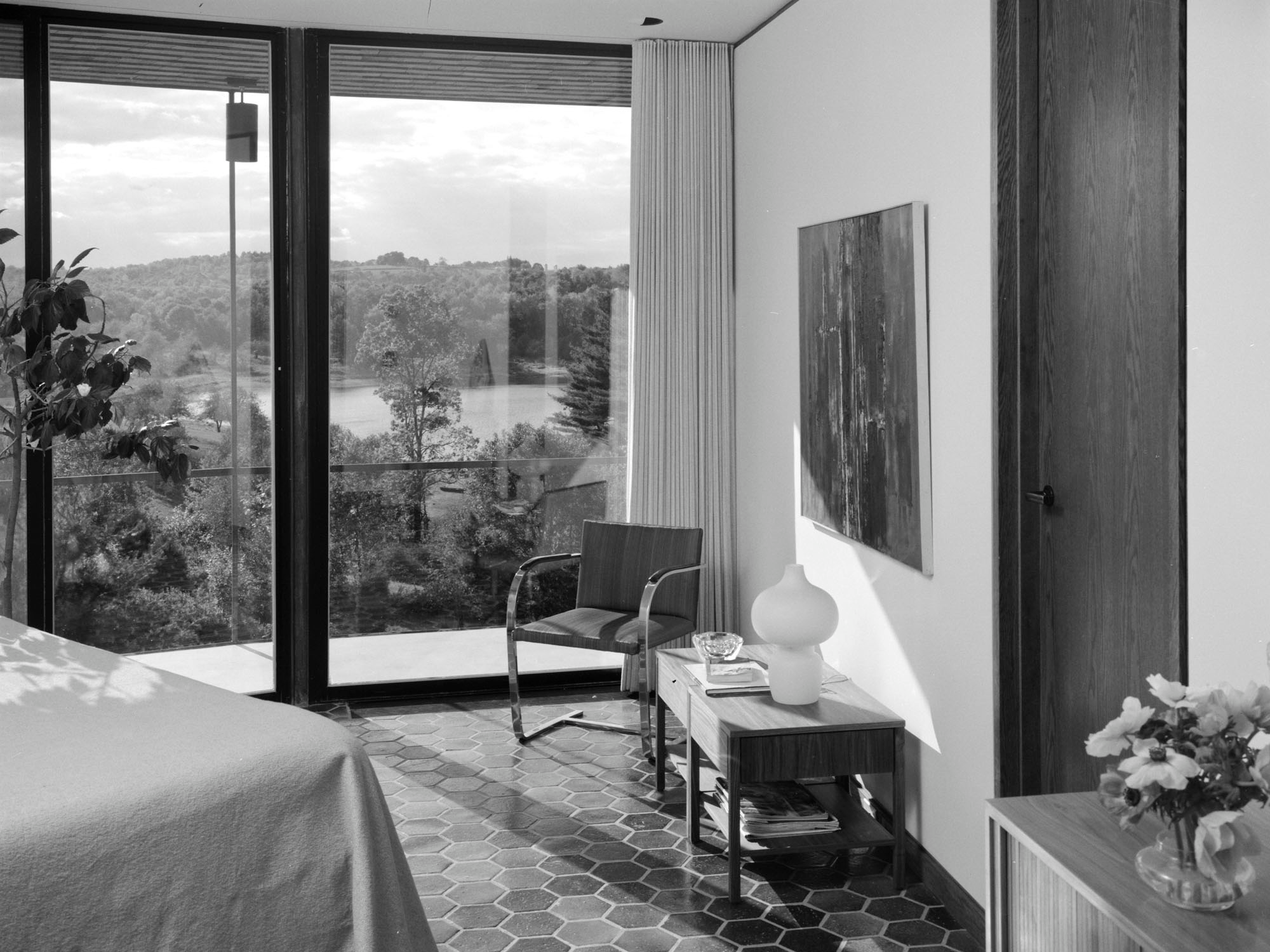 “It had ‘sat’ unsold for quite a while, an odd-ball of sorts, without a basement or home theatre,” he said.

Tully and his wife decided to return the house to its former ’60s glory, by using the original architectural sketches.

They hired Mack Scogin Merrill Elam Architects to update the house and restore the house’s exterior to its original look. A pool and additional guest house were also built.

“We were able to secure the original architectural drawings of the house and maintain a large archive of articles and testimonials about it, since it was completed in 1968,” Tully said.

The Round House in its current state is 72 feet in diameter and has 2,900 square feet of living space.

There’s an additional 1,400-square foot deck encircling the house, seen outside this window.

One of the few stationary elements of the house is the stairway to get inside — the rest of the house rotates around it.

Depending on the rotation of the house, someone could get direct access the living room, kitchen, master bedroom suite, or children’s room via the stairs.

The stairs lead up inside to the central hall. Every room is accessible from there.

At the centre of the house is a 30-foot-high cupola (a dome-like structure) that allows for natural light.

The updated interior has a minimalistic design with a focus on open spaces and natural light.

“First off, it’s round and elevated, a sleek mix of steel and glass, terrazzo floors, sliding glass doors, a wrap-around balcony, ultra-modern fixtures and a suspended wood-burning fire pit that can also turn to face a different direction,” Tully told Insider.

“The combination of elements is very airy and open, all of it affording CinemaScope views. It’s also a very quiet space, nestled in the landscape.”

As part of the renovations, a lift was added to make it easier to unload groceries.

Foster originally designed an idea for the lift after a visiting student suggested it, but it wasn’t implemented until the Tullys’ renovations decades later.

There’s also plenty of space underneath, so you can spend some time in the shade.

Copyright 2020 Round HouseUnderneath the deck.

Between the pool and this space, fans of sun and shade are content.

Due to its elevation, the house provides a clear view of the surrounding landscape.

“Since the Round House is 12 feet above the ground, we have an elevated view of the surrounding landscape and forest,” Tully said. “What you might call a 360-degree crow’s nest.”

Tully and his wife have spent the past five years renovating the landscape to reflect the spirit of the house.

When they moved in, the landscape resembled a suburban lawn. They partnered with landscape architect Darrel Morrison to create a more natural countryside aesthetic. Morrison used natural grasslands and forests as inspiration.

“The idea is to make the place look like a wild landscape the house just sort of settled into,” Morrison said.

They have planted wildflowers and grasses, and have uprooted any invasive species.

“The goal – in addition to the sheer beauty of all the native grasses and wildflowers – is to be a better habitat for other forms of life,” Morrison said.

So far, the flowers have attracted butterflies, bumblebees, and birds.

Visitors are always surprised by the design of the house and how it functions.

The reactions are “mostly ‘wow’ and especially from delivery men who often ask if they can take a cell phone picture,” Tully said. “Few visitors believe the house can actually spin.”