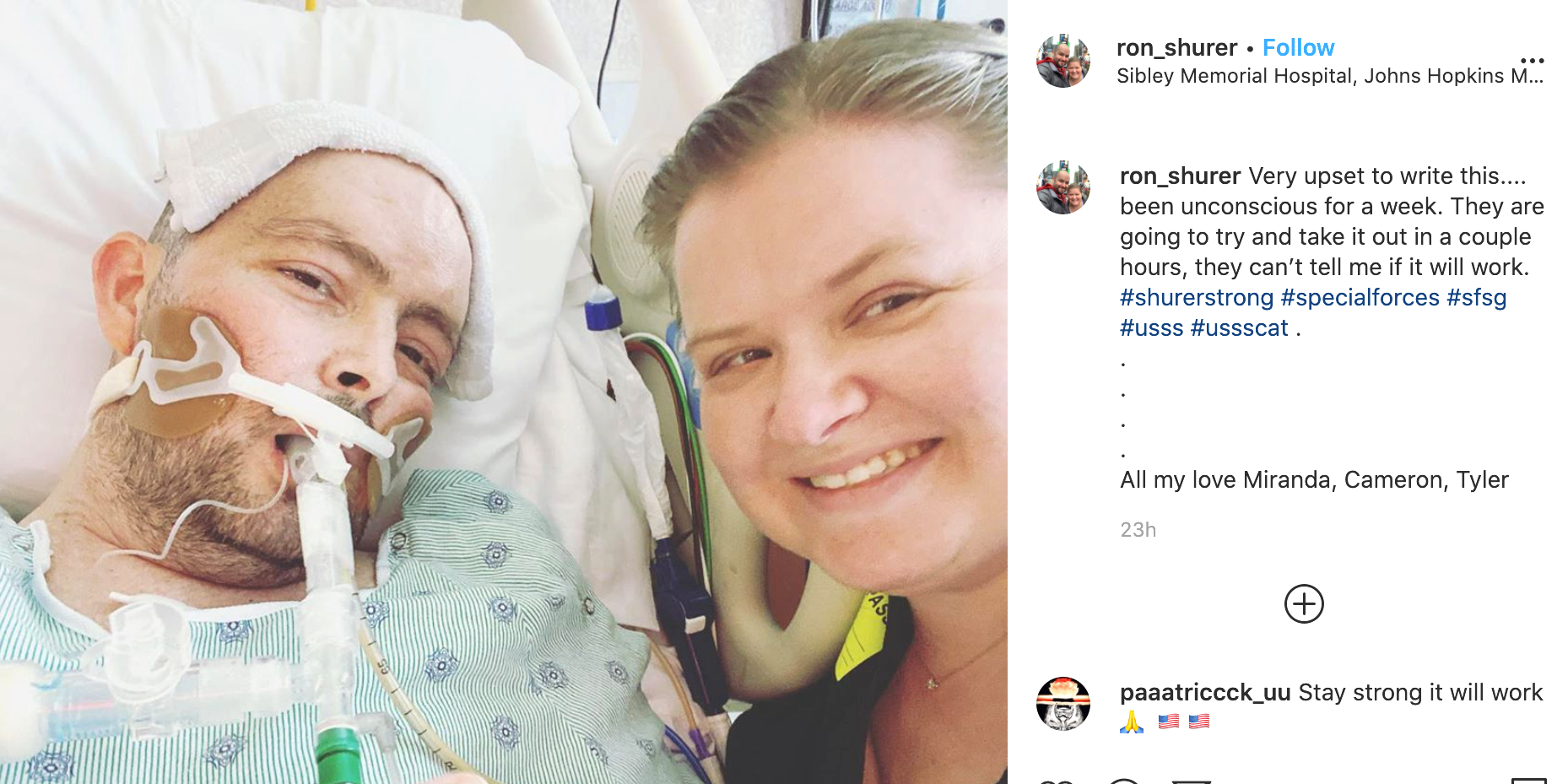 Former US Army Staff Sgt. Ron Shurer, who was awarded a Medal of Honour for his heroism in Afghanistan, is dead at 41, according to the US Secret Service.

In an Instagram caption accompanying a photo of him and his wife, Miranda, the retired Army Special Forces medic on Wednesday expressed concern about the efficacy of his lung-cancer treatment at the Sibley Memorial Hospital in Washington, DC. Shurer said he was unconscious for a week because of his fight with cancer.

“Very upset to write this … been unconscious for a week,” he said in an Instagram caption accompanying a picture of him connected to a breathing apparatus. “They are going to try and take it out in a couple hours, they can’t tell me if it will work.”

The Washington native enlisted in the US Army one year after the 9/11 attacks and became a medic at Fort Bragg, North Carolina. Two years later, he was selected for and passed the Special Forces qualification course. 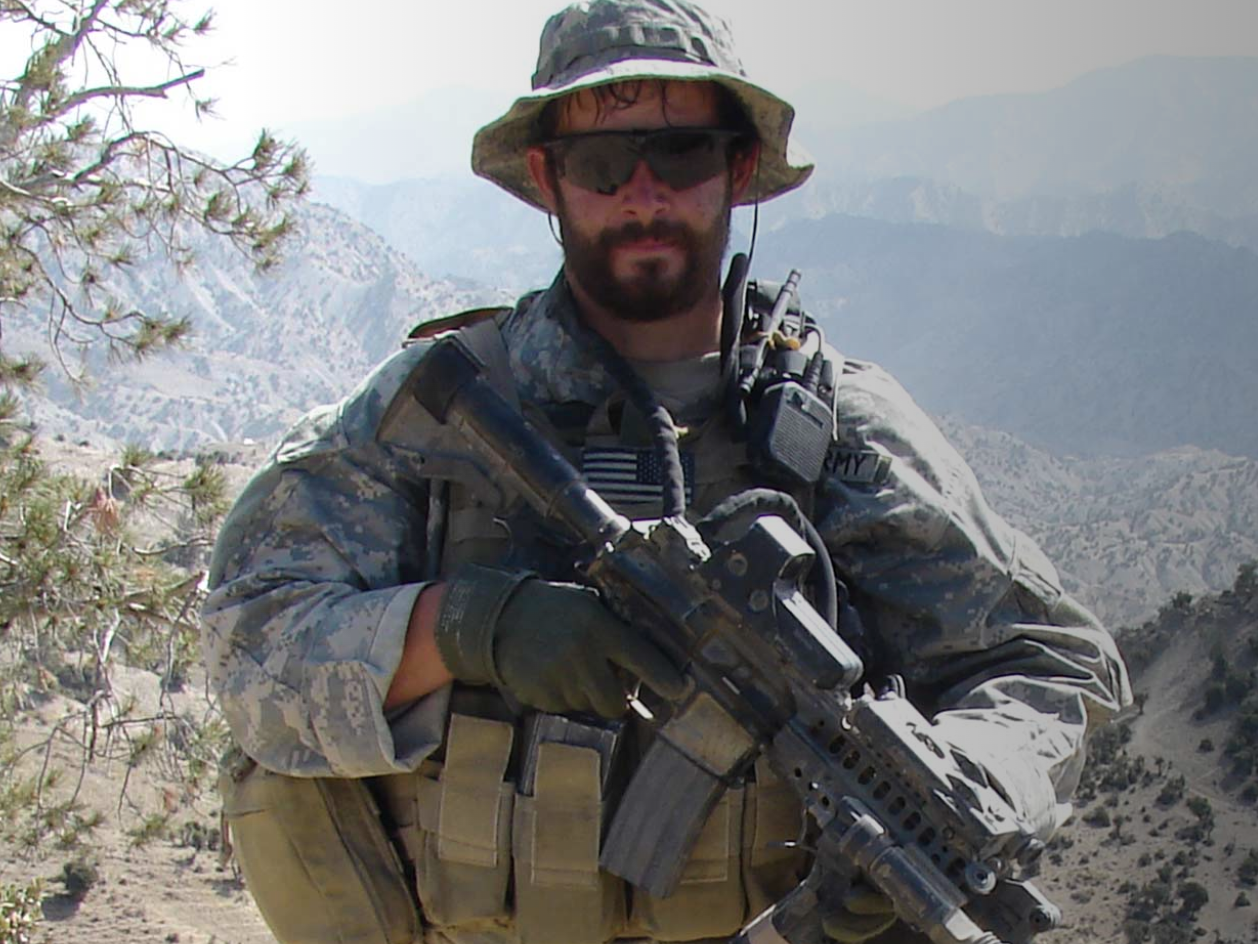 In 2008, he deployed to Shok Valley, Afghanistan, his second deployment to the country, and took part in a mission to capture or kill high-value targets.

During the mission, Shurer “received word that his forward-assault element was also pinned down at another location, and the forward team had sustained multiple casualties,” the Army said.

Shurer navigated his way to the pinned troops amid a barrage of gunfire and rocket-propelled grenades, treating soldiers on the way.

Once he arrived, he helped treat four “critically wounded” US Army soldiers and 10 injured Afghan troops. During the battle, snipers managed to hit his helmet and wound his arm.

“It felt like I’d been hit in the head with a baseball bat,” Shurer said of the incident.

All the troops Shurer provided care to survived. The medic also managed to kill multiple insurgents during the six-hour battle.

For his actions, Shurer was awarded the Medal of Honour by President Donald Trump in 2018.

“For more than six hours, Ron bravely faced down the enemy,” Trump said at the time. “Not a single American died in that brutal battle, thanks in great measure to Ron’s heroic actions.”

Like his predecessors, Shurer attributed the medal to his fellow soldiers: “This award is not mine. This award wouldn’t exist without the team. If they weren’t doing their job, I wouldn’t have been able to do my job,” he said.

Shurer retired from the Army in 2009 but continued serving in the government with the US Secret Service.

In 2017, he was diagnosed with lung cancer. Despite the stage 4 cancer diagnosis, Shurer remained in good spirits through numerous pictures on Instagram.

“I just put on ‘Extraction’ on Netflix,” Shurer said in a caption of a picture of him in the hospital’s intensive-care unit. “Sitting here, in the icu, in my underwear, eating jello, watching Chris Hemsworth; just how I wanted my Friday evening to go.”